Women in cages: the title says it all. A movie about imprisoned women in the Philippines made in the 70’s. Probably the only era that movies like this could be made. Exploitation at it’s rawest which means that it’s a terrible movie with awful production values. If it wasn’t for Pam Grier this movie would have probably been forgotten. But it’s not, so after Coffy, Foxy Brown and Sheba, Baby it was time for an early movie with the queen of blaxploitation. 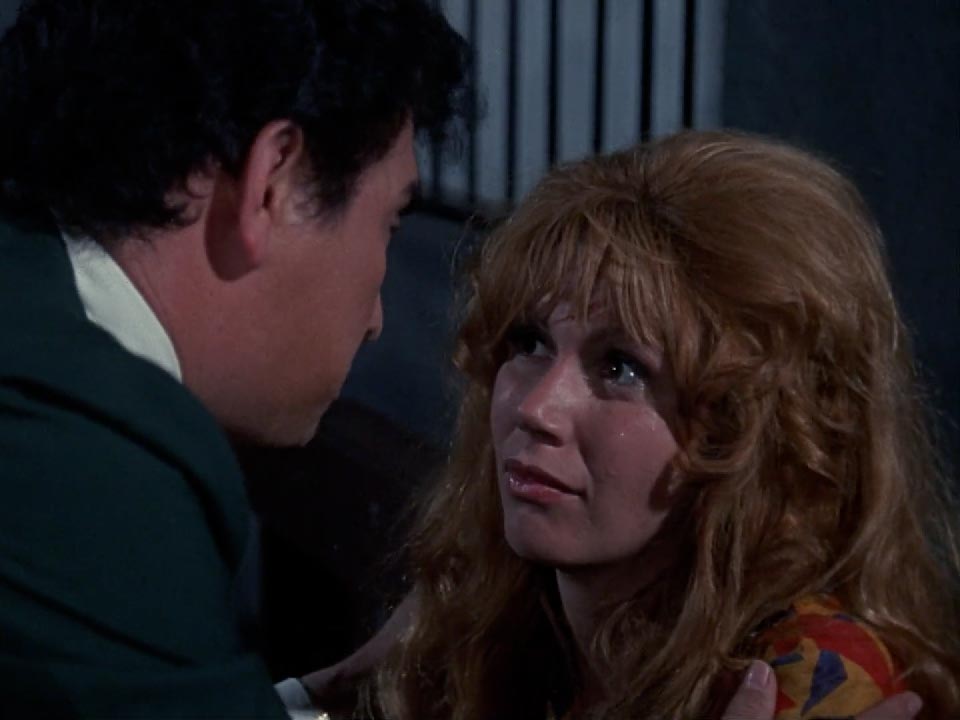 Carol Jeffries (which is shortened to ’Jeff‘) is a naive American woman staying in the Philippines with her drug-dealer boyfriend, Rudy. She is given ten years in prison after being set up by this man and fiercely believes that any day now he’ll get her out of there not knowing that he has ordered her cellmate to murder her. Next to surviving assassination attempts she also has to watch out for the sadistic lesbian head matron (Pam Grier). She convinces her cell-mates to try to escape with her through the jungle, in spite of the knowledge that ruthless trackers will be sent out after them and death is almost certain. 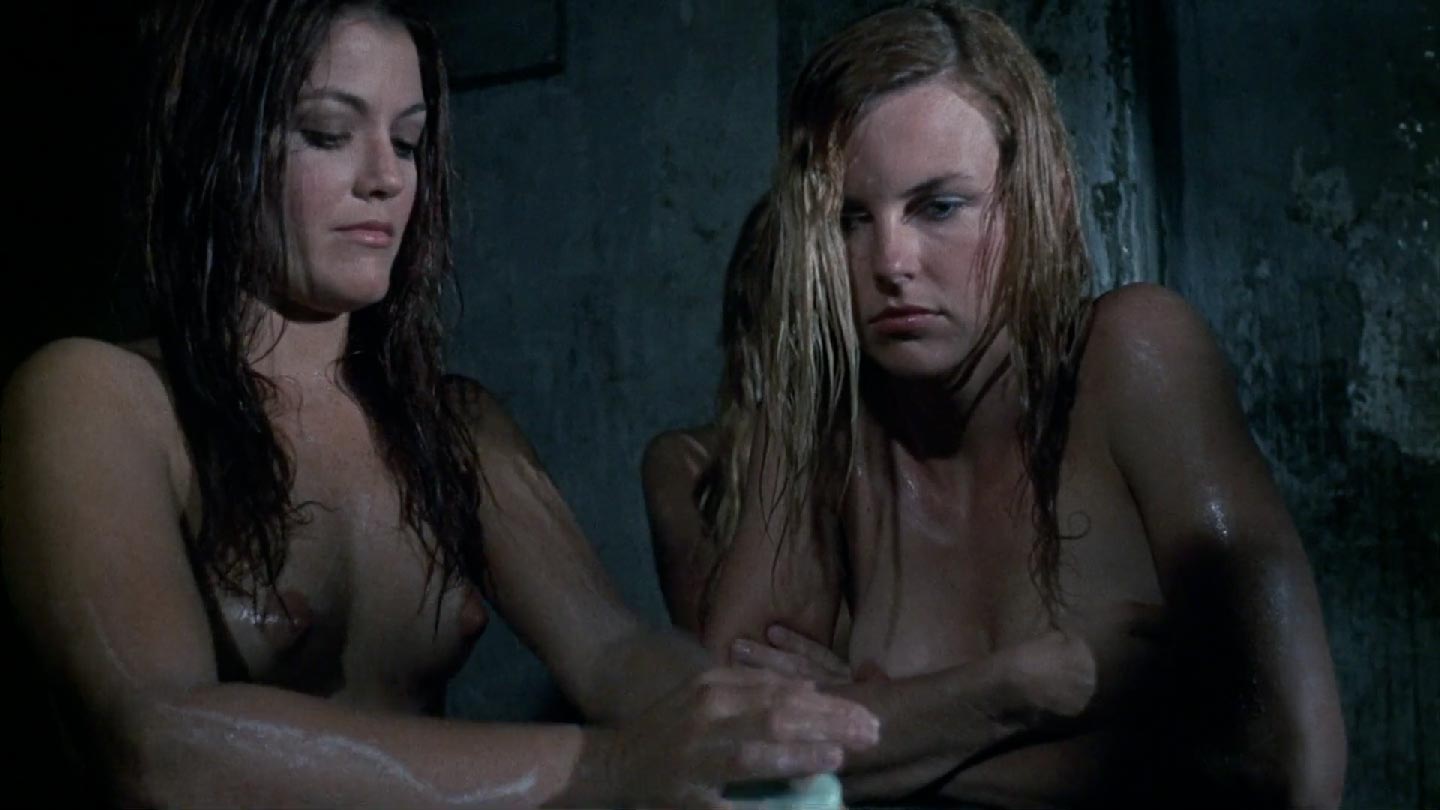 Well it might on paper and it’s actually quite surprising that a movie like this has even two writers credited. Like as if the script exceeds more than 4 pages. The plot is a simple excuse to gives us a parade of tits. The movie is still in the opening credits sequence when the first stripper/dancer is shown with her perky breasts. From here out on we get treated to titillating scenes every 3 minutes or so. If it ain’t the leads that show us their stuff there’s sure to be a lovely Philippine girl in the background walking around naked for no good reason. What they don’t show is bush. The movie sets up all kinds of camera angles on long distance nudity shots so that there’s always something blocking the crotch. Tit’s and ass are okay I guess, 70’s low level afros are not.

That is just one of many things that make this movie unintentionally hilarious. Yup, unintentionally because the movie takes itself really serious. It really thinks of itself as a feminine version of The Great Escape; only with lots of tits and no motorcycle chase. There is a boat though. But I’m wandering off, back to the seriousness: There’s sexual abuse, various ways of torture, violence, but humor is nowhere to be found. Luckily it’s still hilarious. The dialogue, the acting, the directing, the music, the camerawork, the lighting, or better said: the lack of all those elements. Everything is done so badly it’s funny. 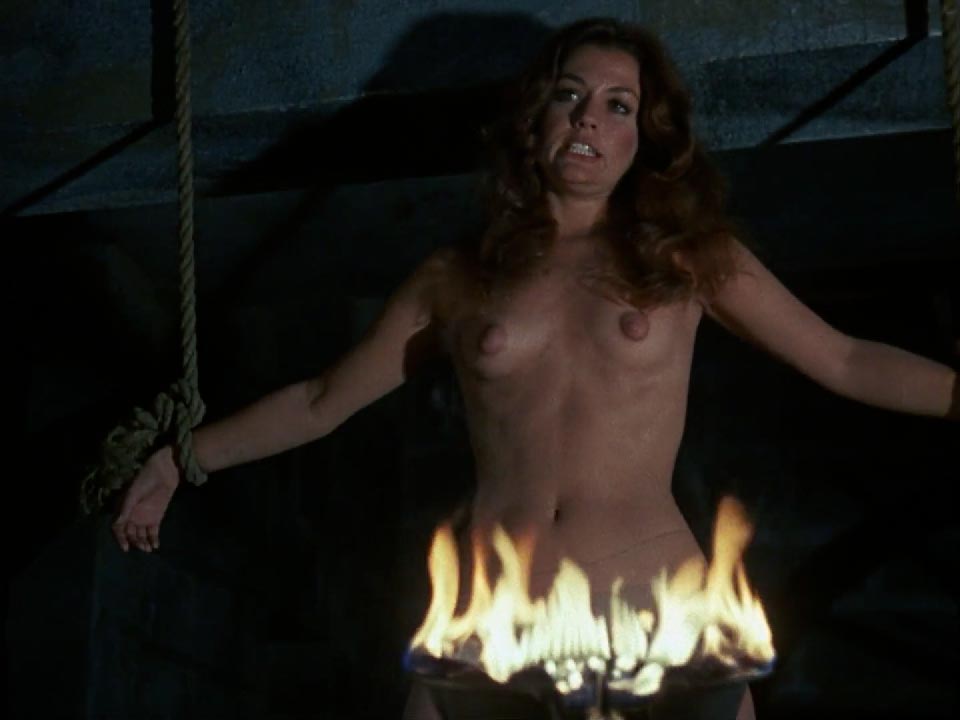 The movie is full of continuity-errors. They escape at night but when they actually get out of the prison it’s morning. Next scene one of the prisoners in the broad daylight mentions that she doesn’t know where to go because it is too dark. Cut to a scene at night. That’s the level of intelligence this movie has to offer. That there was no budget for lighting is very clear on the end when there’s a shootout/chase or whatever was going on on the beach in the sunset. All you could see were silhouettes. Maybe it was some sort of interactive element in the movie where we’re to name the silhouettes. Not sure about that though. 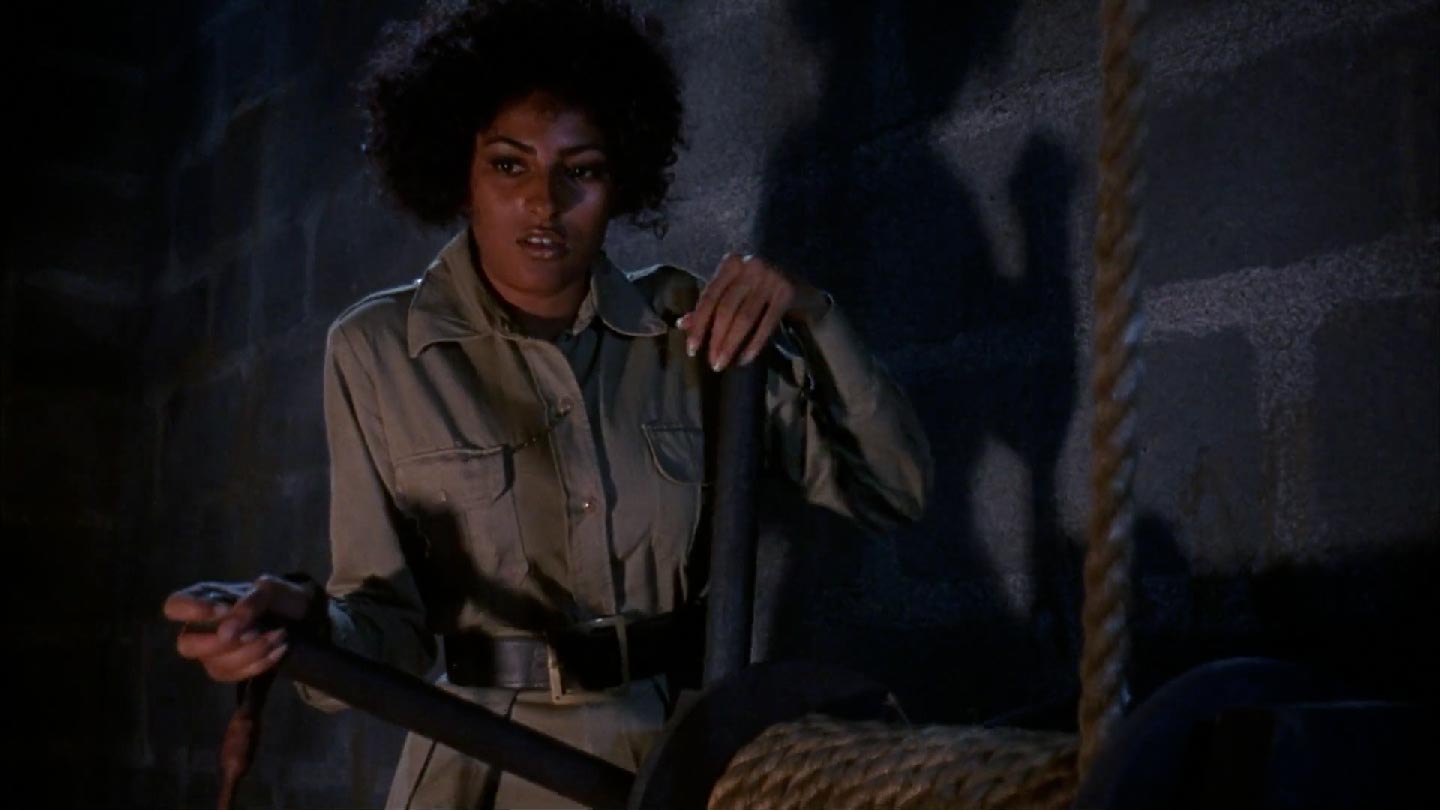 There’s a lot more, for instance the assassination-attempts. They play it straight but they look like they’re from a Naked Gun movie. One especially, where Jeff is standing next to a truck full of steel barrels. Sandy (Judy Brown) rolls one of the barrels off the truck with the intent to crush her. Like Lt. Drebin Jeff takes one step forward and not even notices how the drum misses her. Brilliant! 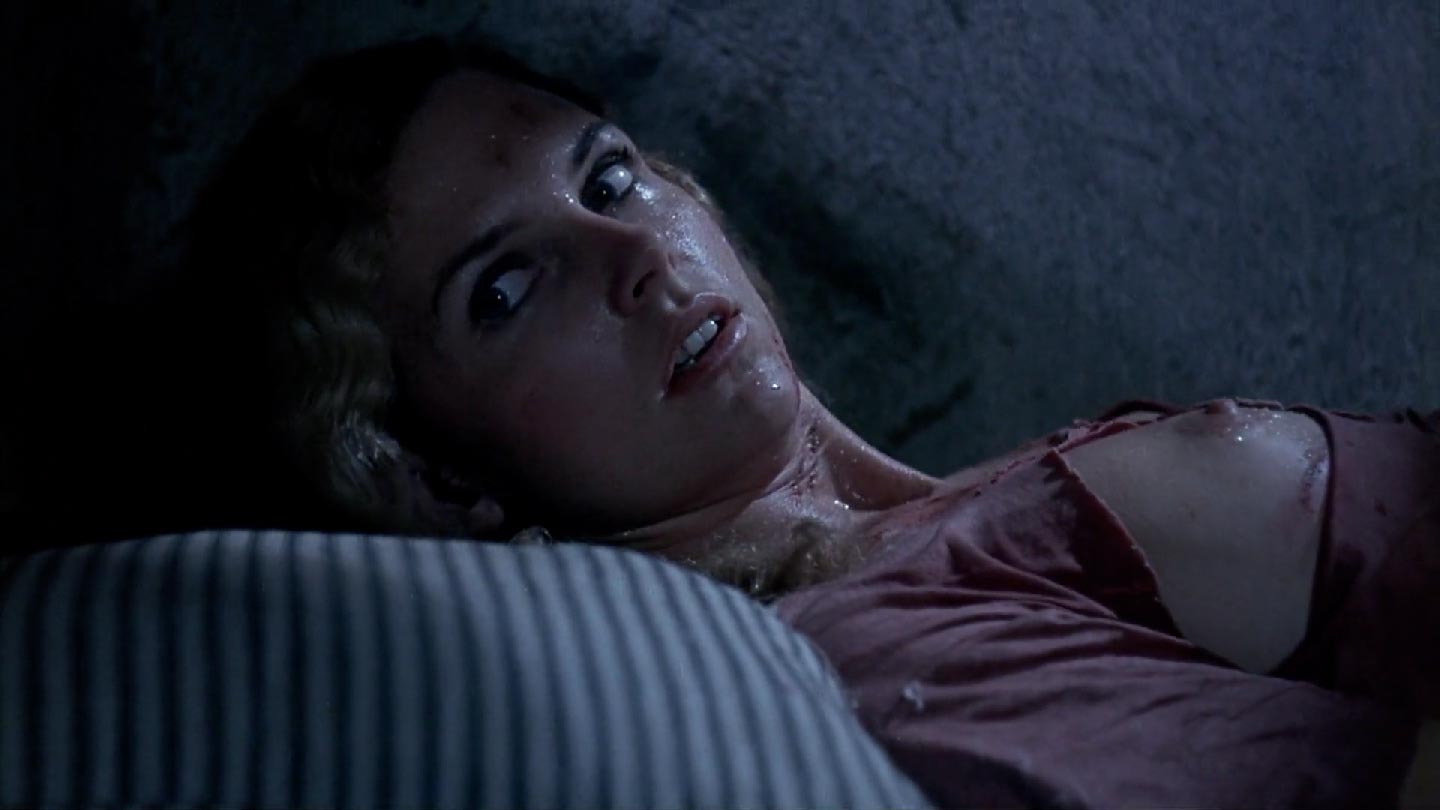 They did give all the girls Jeff bunks up with in a cell their own personality; Sandy is the heroin-addict who gets the assignment to kill Jeff but displays withdrawal symptoms. Stoke (Roberta Collins) is the sexy smart-ass who gets tortured a couple of times due to her bad mouth. She also boosts a pair of… interesting… nipples. There’s Phillipino Teresa (Sofia Moran) who the first time we meet here is bathing herself or something like that. What a way to introduce yourself. She’s also the sex-slave of warden Alabama (Pam Grier) and she loves it. 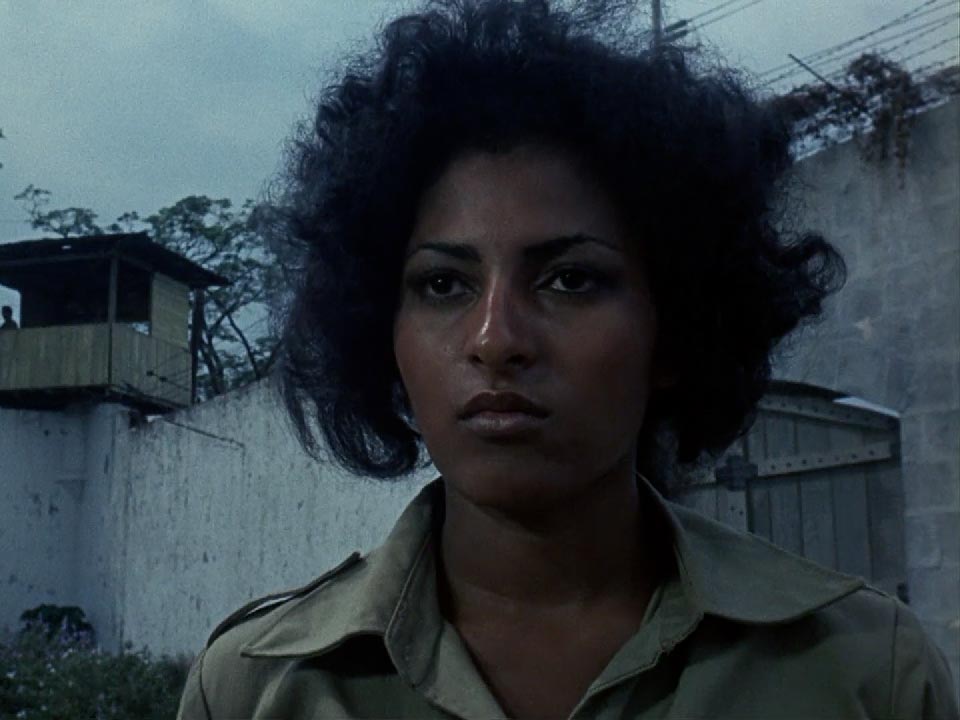 That bring us to Pam. Here she’s an ex-teen-junky sadistic Lesbian who hates white people, and males also because she was raped once. She makes that all to clear she wasn’t born sadistic, she was made that way. She is a lesbian but one who has become one because she was raped by men. There you have it: lesbians are made by us men who can’t keep it in our pants. What a message. They could show this movie in Catholic Schools; please children, do not rape the girls of our schools, because it will turn them into lesbians.

She is so much a lesbian that she has a pot, where she has her tobacco in (or it could’ve been some form of dope), formed in the shape of a voluptuous woman with massive tits. Guess they did pay attention to detail here and there. Unfortunately her character is rather bland. She is just purely evil and over-screams herself. 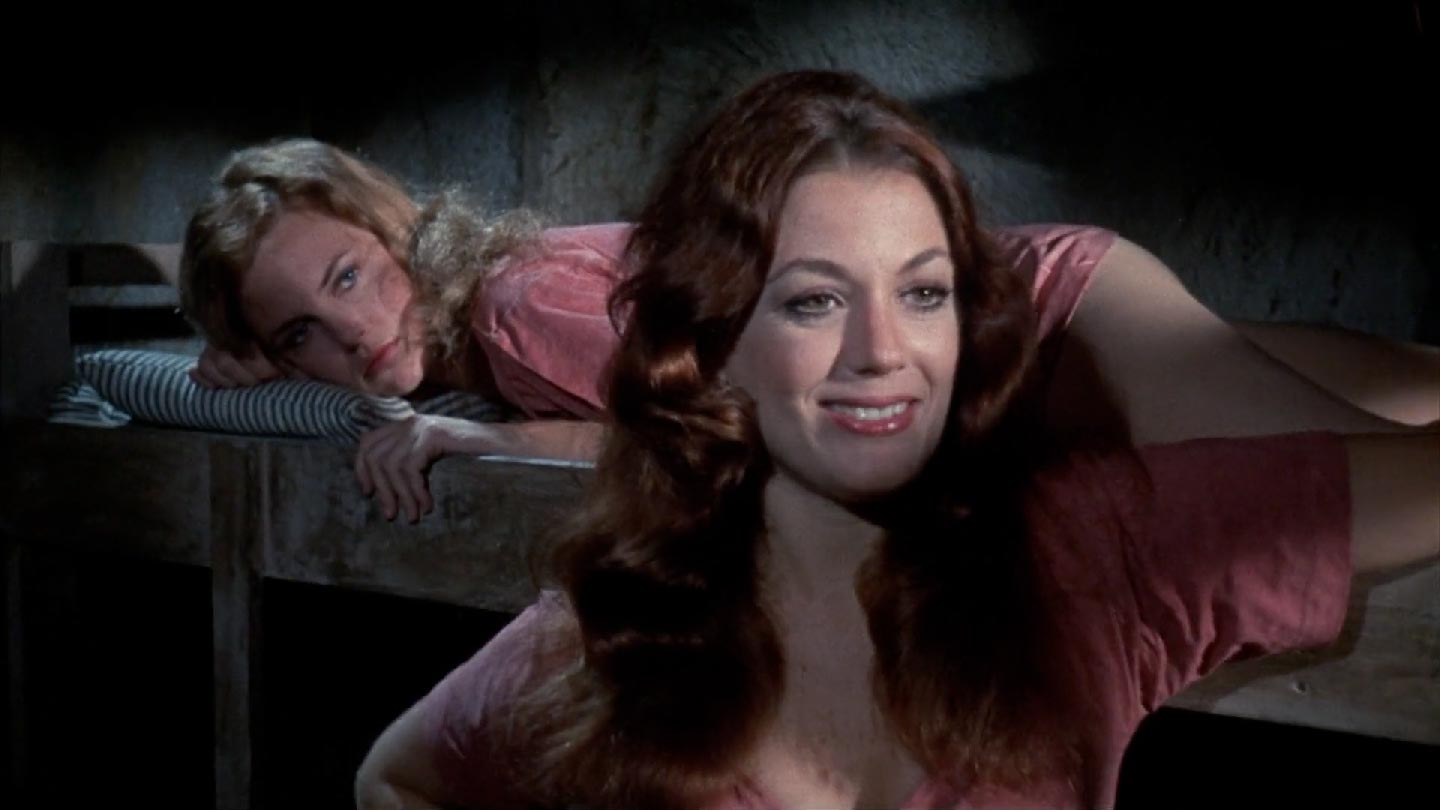 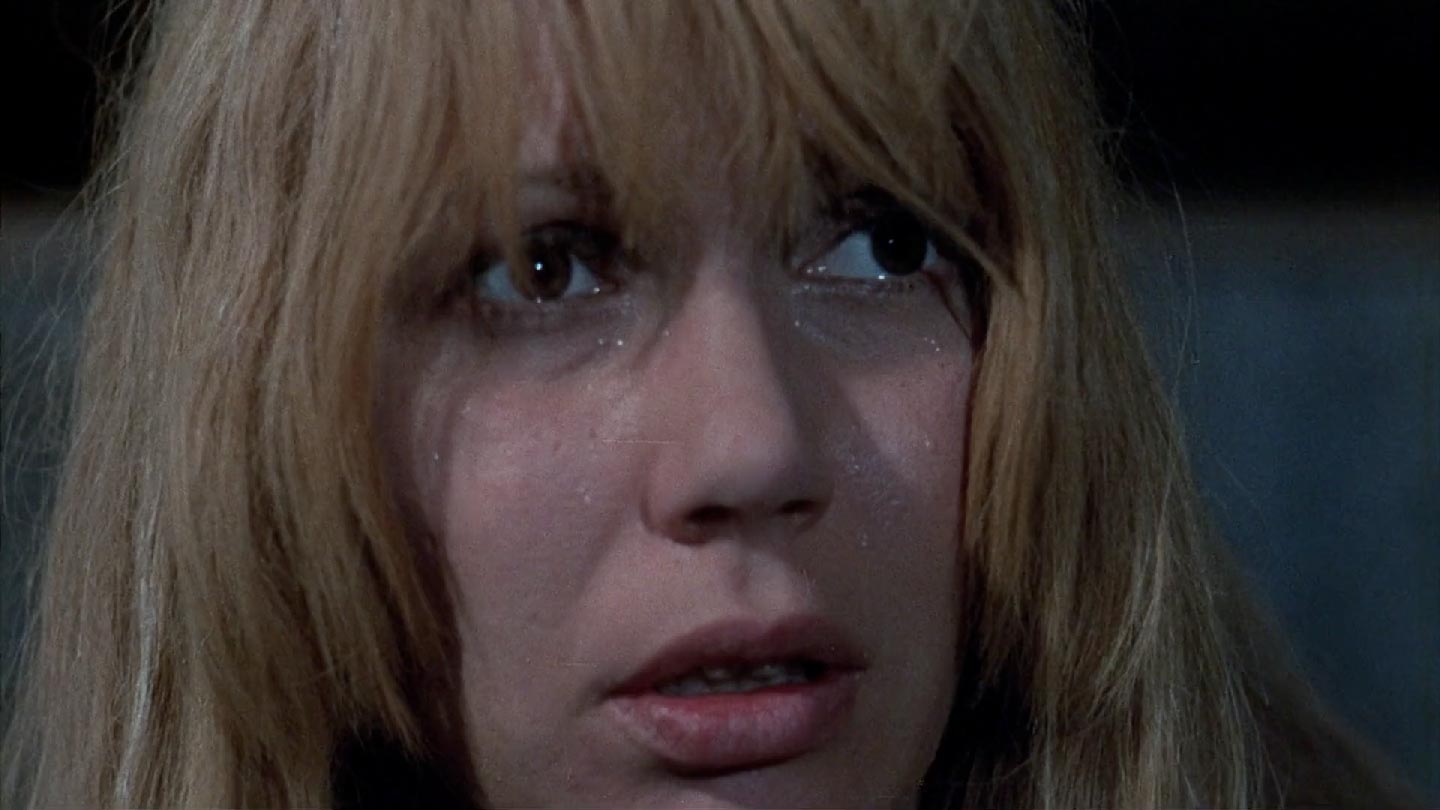 Now it’s not a secret that these movies are made to show attractive girls do sexy things and not much more. It’s quite a surprise then that the leadcharacter is played by a shitty whiny but also ugly actress. She isn’t the least attractive and is the only cast member to keep her breasts covered during the entire movie. It’s even more weird that her resume states role-descriptions like “Gorgeous Redhead” in other films.

Women in Cages is a bad film. It’s watchable but only because of the unintentional hilarity and constant supply of female skin. For anyone searching for any redeeming quality should skip this one.