The funny thing about direct to video movies is that they often come out of nowhere. Sometimes you see a trailer before its release, but most of the time these movies just suddenly appear. Nowadays they appear on streaming platforms, but before streaming they just popped up in stores on the new releases shelf. Wild Things 2 is the perfect example of a movie that came out of nowhere. DTV sequels really got a boost when the DVD was introduced and everybody was starting their own movie collection. So after 6 years the studio tried to cash in on one movie that did exceptionally well in the rental circuit: 1998’s Wild Things.

Wild Things really had some traction due to the lesbian sex scene between Neve Campbell and Denise Richards. It’s the one part everybody seems to remember. Whenever Wild Things is mentioned in a discussion, that is the scene people refer to. 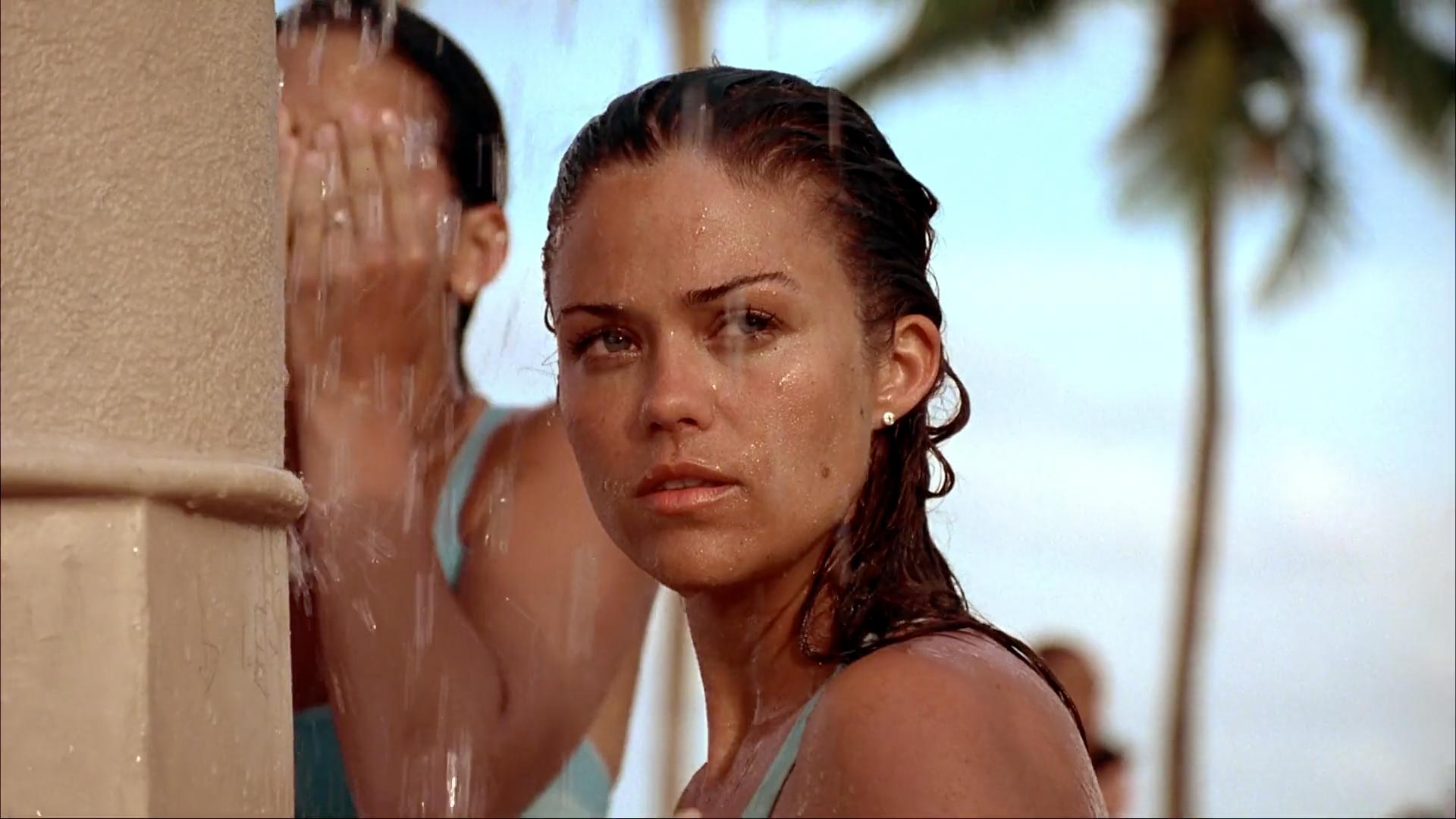 But the movie was much more than just two of Hollywood’s late 90s “it girls” getting their freak on in a pool. The movie was actually fun and the whole twist and turns aspect was a surprise treat. Especially when watching it for the first time. I was surprised how they actually managed to make it not as sleazy as they could have. With Wild Things 2 being a DTV sequel, I was expecting it to be a sleazy version of the original movie. Surprisingly enough, it even contains less sex than the original movie. On the other side, that is the only aspect of this movie that was even surprising, because the story contained 0 surprises. 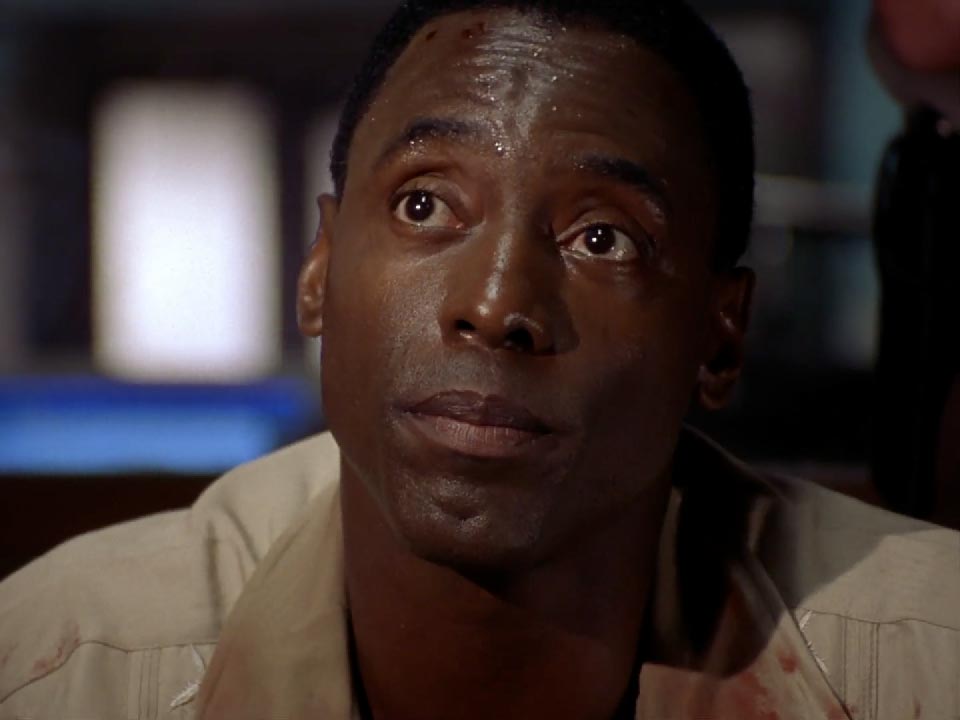 The story is completely unrelated to the first movie, aside from it being set in the same city: Blue Bay, Florida. Still recuperating from the loss of her mother a year earlier, Brittney Havers’ (Susan Ward) wealthy stepfather dies in a plane crash. Not being a blood relative, she is left empty handed as his $70 million is destined to his heir. It turns out he was quite the ladies man and bad girl Maya (Leila Arcieri) claims he is her father, thus making a claim on the heritage. Meanwhile insurance investigator Terence (Isaiah Washington) suspects foul play going on and is determined to get to the bottom of this case. 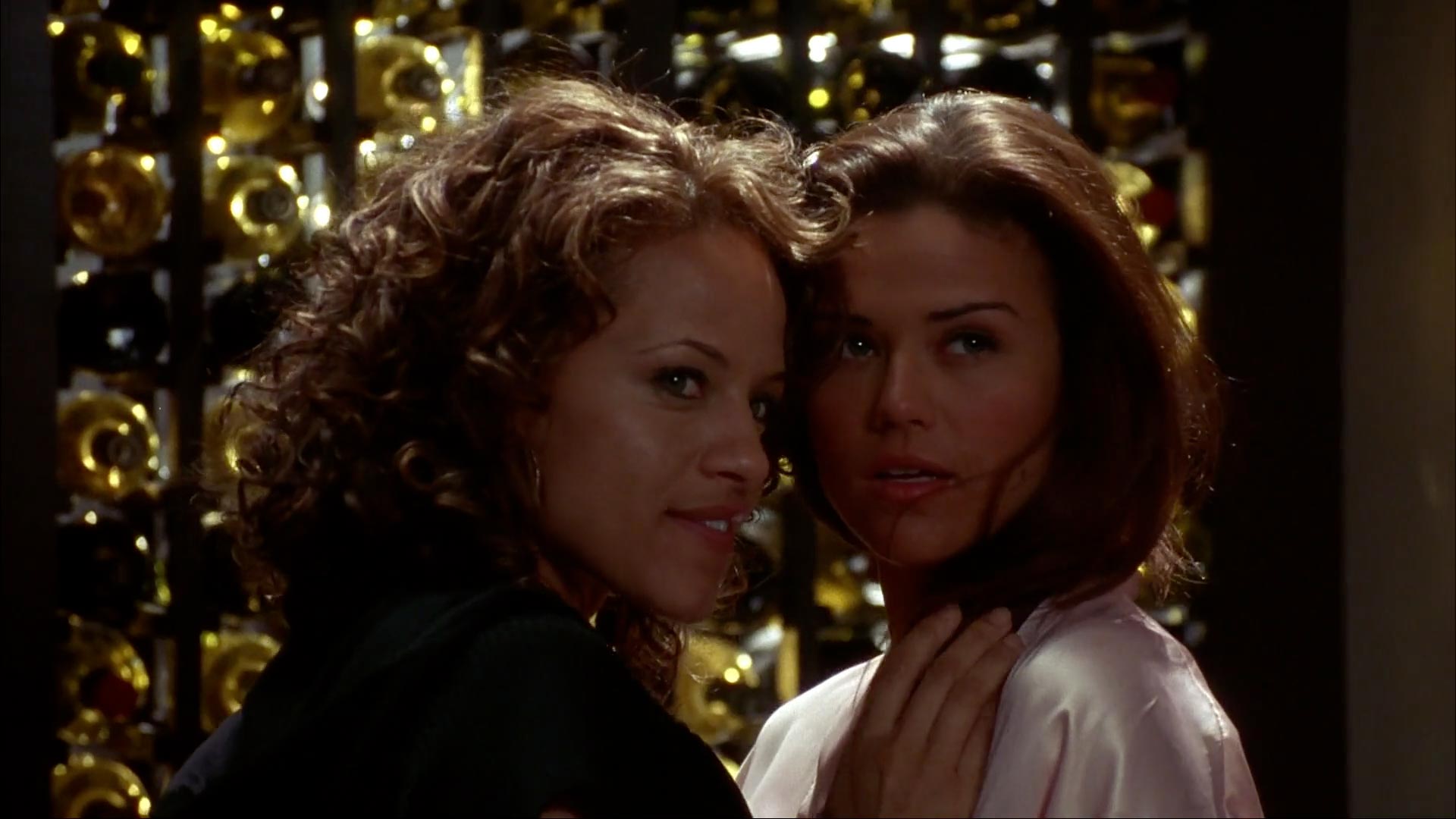 In fact, during the police lecture bad girl Maya has a run in with clean cut Brittney. They have the same attitude towards each other as Campbell and Richards had in the first movie. So I knew exactly that whatever was going to happen: these girls are in on it together. One rule the original movie had, was that everything that happened off screen, didn’t happen the way it is insinuated or even at all.

Without the surprises and sex scenes what is left is a rather tame copy of Wild Things. At least the Poison Ivy franchise took the right direction and became sleazier which each outing. Wild Things 2, while still watchable, is a big step back from the cult classic original. But if the whole core of the franchise consists of surprises and steamy sex scenes, don’t just copy the story beat by beat and throw out the sex scenes.

Wild Things 2 is a missed opportunity in all of its aspects, even the title. This movie should have been called “Wilder Things”.