The other day I was watching a discussion between two people on YouTube about Scott Adkins movies. They referenced a remake/sequel to the 1995 Jean-Claude van Damme classic Sudden Death. The movie that was basically Die Hard in an ice-hockey stadium. A quick look on IMDB confirmed my expections: it’s a low budget, direct-to-video release with a low rating and bad reviews. So I did what any self-respecting fan of the original movie did: pretend it doesn’t exist.

Just kidding! I downloaded it right away and watched it immediately.

This sequel/remake is called Welcome to Sudden Death. A strange title but I guess it beats Sudden Death 2 or Sudden Death: Overtime. It stars Michael Jai White as Jesse, an ex-special forces soldier turned security guard at a basketball arena. He brings his kids to work on a day the stadium is under siege by a group of terrorists who rig the place with bombs and take a governor, a mayor, a rapper and a billionaire hostage.

If you are familiar with the original movie you will probably note that this is the exact same plot. And the movie actually feels like a film school student remake of the original. The original movie is 25 years old and came at a tipping point in Jean-Claude van Damme’s career when his success started to wane. I consider Sudden Death as one of his better movies, but a mere rating of 5.8 on IMDB suggests I’m an exception. 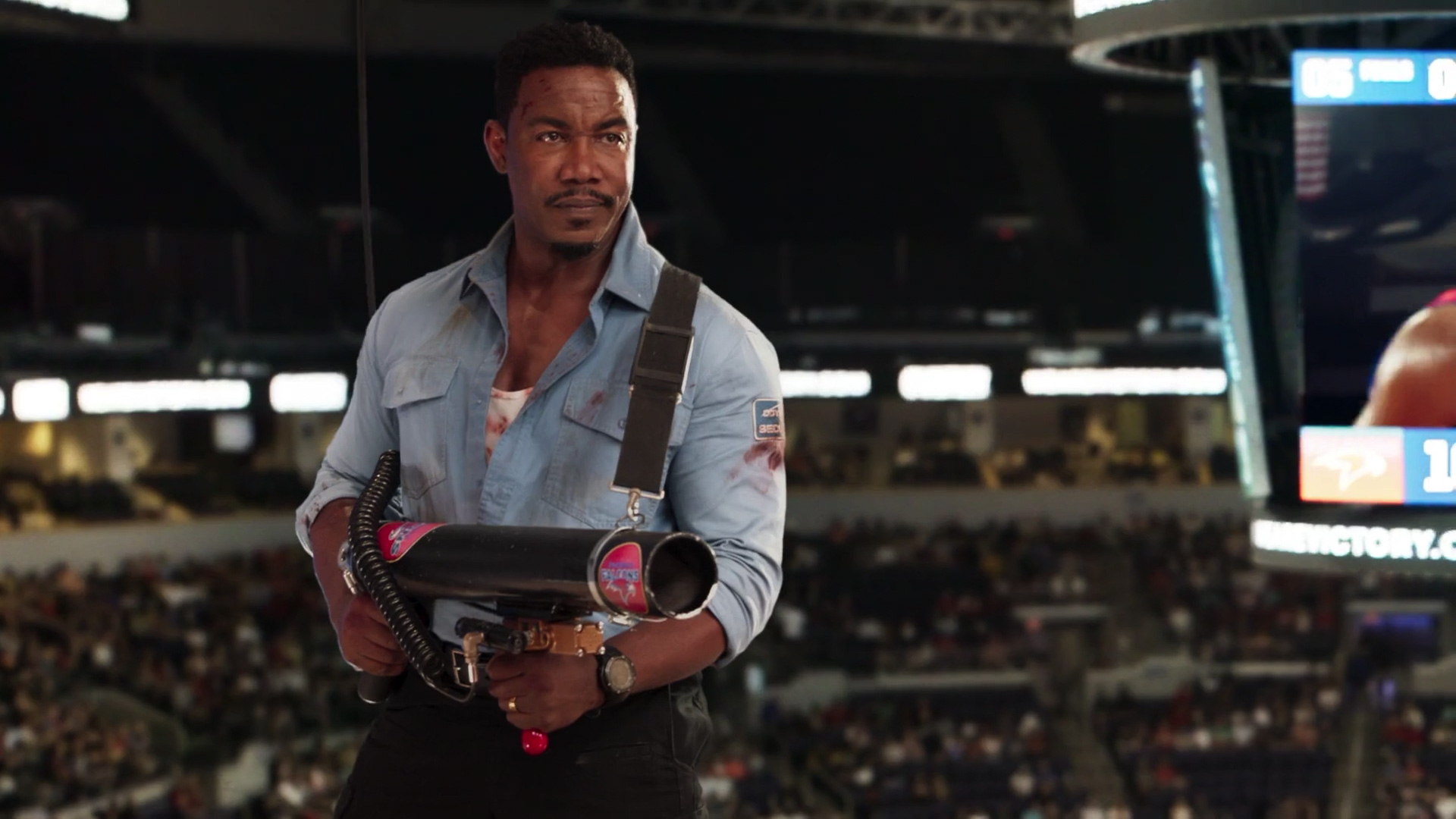 But Sudden Death was still a big budget movie starring an A-list actor. There are some inventive action scenes, some nice pyrotechnics and a memorable villain played by the always reliable Powers Boothe. Welcome to Sudden Death features a couple of unknown actors with unimpressive resumes, lousy shot fight scenes and no budget to work with at all.

Welcome to Sudden Death follows the trend of putting out DTV sequels of movies that are over 20 years old. Movies like Kindergarten Cop 2 or Hard Target 2. It also adds yet another movie to the list of sequels to Jean-Claude van Damme movies for which he doesn’t return. That list also kind of impressive actually. Bloodsport, Cyborg, Kickboxer, Hard Target, Timecop and Street Fighter all have sequels without Jean-Claude’s involvement.

I feel kind of sorry for Michael Jai White. He has a good screen presence and is still ripped at the age of 56. He’s also giving his best in every fight scene he’s in. But the lack of talent behind the camera results in awkwardly cut and shot scenes. It’s a shame because he has proven that in the hands of the right director and fight coordinator he can deliver exciting and impressive fight scenes. A movie like Undisputed 2 is a classic, though Scott Adkins stole the limelight in that movie. 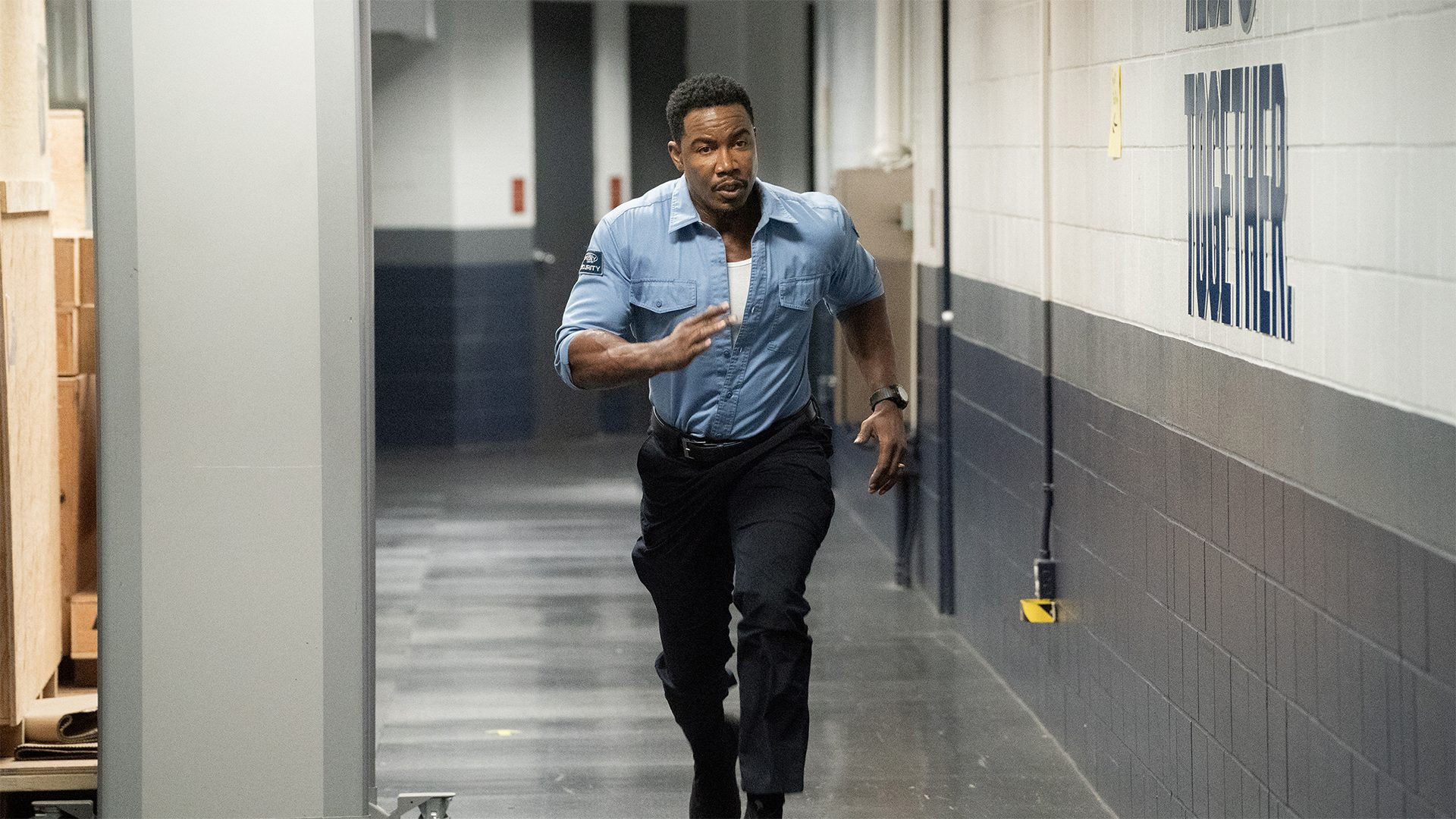 Welcome to Sudden Death has White running from hallway to basement, from locker room to the janitor’s office. It’s all so obviously shot on a sound stage that is often so brightly lit it feels like a TV sitcom. The only scenes that seem to have been shot on location are the basketball scenes. But there are a lot of empty seats and they didn’t even went to the trouble of replacing the empty seats with filled seats in post production. Which is really easy to do nowadays.

I read that this movie is supposed to be a more comedic approach to the original movie. Apparently the humor in the original was toned down when it became a Van Damme vehicle. But if this movie is the result of putting the humor back in, then they made the right decision back in 1995. To be honest, there were a couple of moments the movie is intentionally funny, but overall the jokes fall flat.

Welcome to Sudden Death is the remake/sequel nobody asked for and probably nobody will like for its artistic qualities. It’s just one of many DTV action movies starring a martial artist. It will fit right in on the streaming services right next to the latest Steven Seagal movie.