The release of Watchmen brought to light once more how creator Alan Moore hates movie-adaptations. Sure, From Hell and The League Of Extraordinary Gentlemen were nothing to write home about but V For Vendetta should have restored his faith in how his work could be succesfully translated to the big screen. Sure there’s always something lost in translation but look at the rating at the IMDB page to see how much it is appreciated. 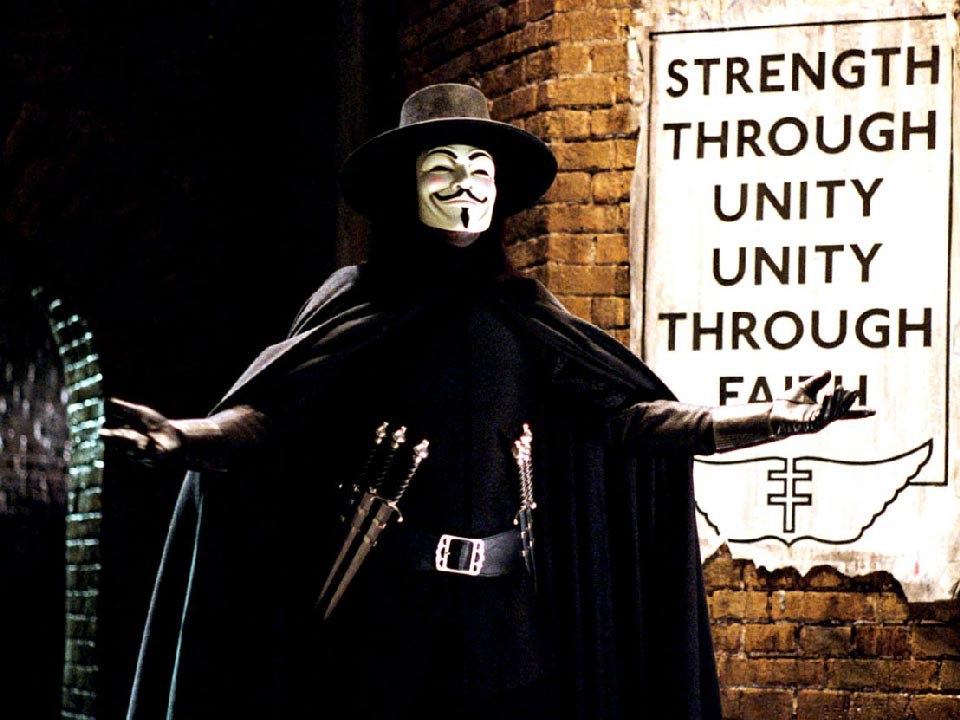 I agree with the rating and the fact that it has a spot in the top 250. It belongs there. V For Vendetta is a remarkable good film. Directed by first-time director James McTeigue and supervised by his mentors of the Matrix Trilogy Andy and Larry Wachowski it is a graphic novel come to life. The movie finds a perfect balance between action scenes and slower portions that deepen the story. There are multiple layers all around and thus make it interesting to watch it at least twice.

The story concerns a masked man. V. He’s not your average superhero you might expect in a movie based upon a graphic novel although he does show superhuman strength, fighting skills and is very literate. That last fact makes the film so compelling from the first time he enters the stage and delivers a v-filled monologue about who he is and what his intentions are. He joins up with a girl he rescued called Evey. He takes her into hiding and gets personal with her. More personal than he would ever thought himself to be. His plan is to wake up the people who are being undermined by the government and announces that he will do this by blowing up the parliament on the fifth of November a year from the day he met Evey and blew up a building. In this year V goes on a personal vendetta against his creators partially with the help of Evey. 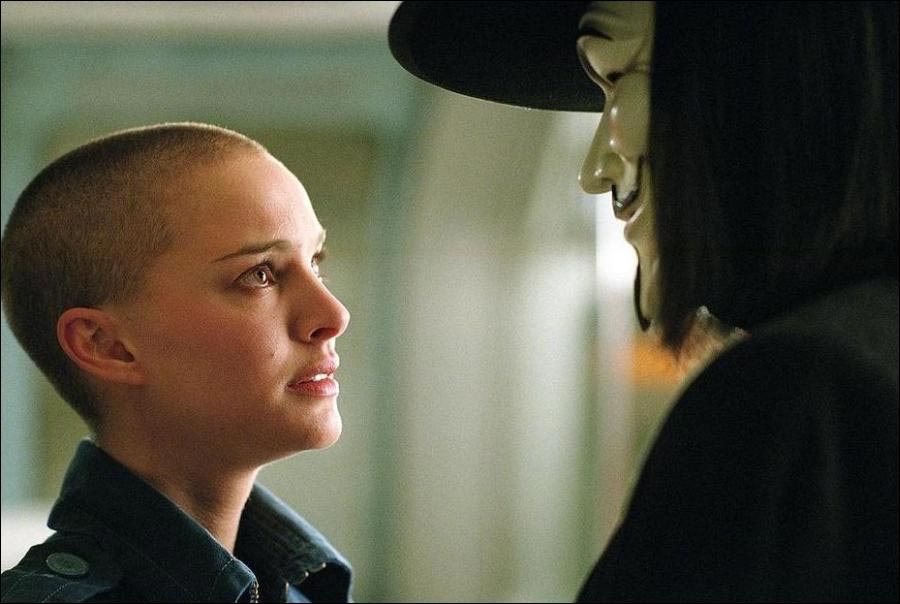 V is the product of a fascist state, England in the near future, run by Hitler-like dictator John Hurt. Everything is controlled by the government, there’s no press-freedom, and there are curfews. The streets are also under surveillance of the Fingermen. A sort of SS. Fascists states are created by fear among the people. That fear in this case is a virus and what V has got to do with that virus you should see for yourself. The movie plays it partly like a detective story where we gradually find out how far the government went to get the power it has today.