Urban Legends: Bloody Mary is the third installment in the Urban Legends franchise and was released straight on DVD and it tries to do something new to the franchise that was previous a slasher series: they introduce a supernatural element in the form of the ghost of Bloody Mary, based upon an, you guessed it, urban legend. So no winter coat or fence mask wearing guy hacking up teens this time, Mary has come back from the grave. Where are the Ghostbusters when you need them? Who are they gonna call now?

Nobody of course, because this is a horror movie and in horror movies the protagonist is on his or her own. And such is the case in Urban Legends which leads to an immortal stupid act of the lead in the last act where she has to put the ghost of Mary to rest by burying her long lost corpse and while doing so she also has to deal with a person trying to kill her. Now, I’m not sure but wouldn’t going to the police be the way to go when you’re walking around with the corpse of a girl that went missing in the sixties? Now of course, she has to bury that body in order to stop the ghost of Mary but after an autopsy the police will do that as well. Now every second counts as you might imagine so in a way it is reasonable that she tries to bury her corpse by herself without alerting anyone, but not to spoil anything, at the end of the movie the whole cemetery is filled with police officers who’re sure to take this body out of its freshly dug grave and to the autopsy section at the police station. 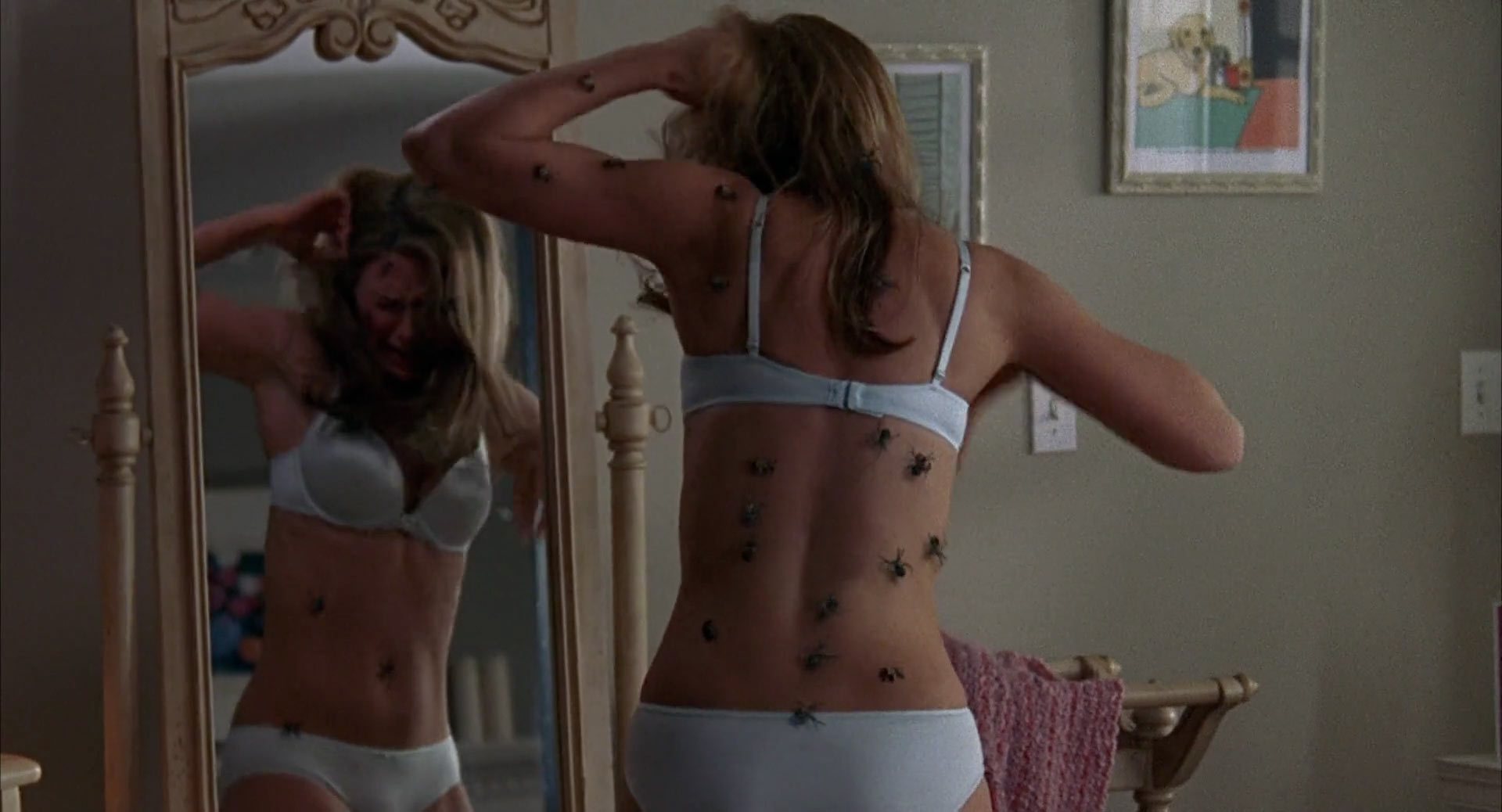 Like the original and first sequel of the Urban Legends series, the movie really is a reflection of the time it was released. The first was a slasher at a time when the slasher movie had a revival. The second was released when the revival was in its sequel period (Scream 3 and I still know what you did last summer were released at that time also) and this one is being released when ghost-movies were the latest trend. I was kind of surprised by the supernatural element which caught kind of off-guard. Expecting a slasher I was wondering why they didn’t show anyone actually killing and went for “Final Destination”-like murders/accidents. Even when the ghost Mary pops up I kept wondering if this was going to have some Scooby Doo ending. The movie does not shy away completely from the slasher fare as the person responsible for the death of Mary decades ago also has a part in the story.

The movie stars a cast of complete unknowns who still aren’t famous today. My guess is that it didn’t launch any careers which does not come as a surprise. The movie is filled with first year drama class students who try a shot at acting. And there are the occasional models that have a part here and there as well. None of the cast actually stood out. Some of them were even annoying like Ed Marinaro or Ann Poll who played Betsy the Tan Girl, though I must admit she bordered on funny and annoying. 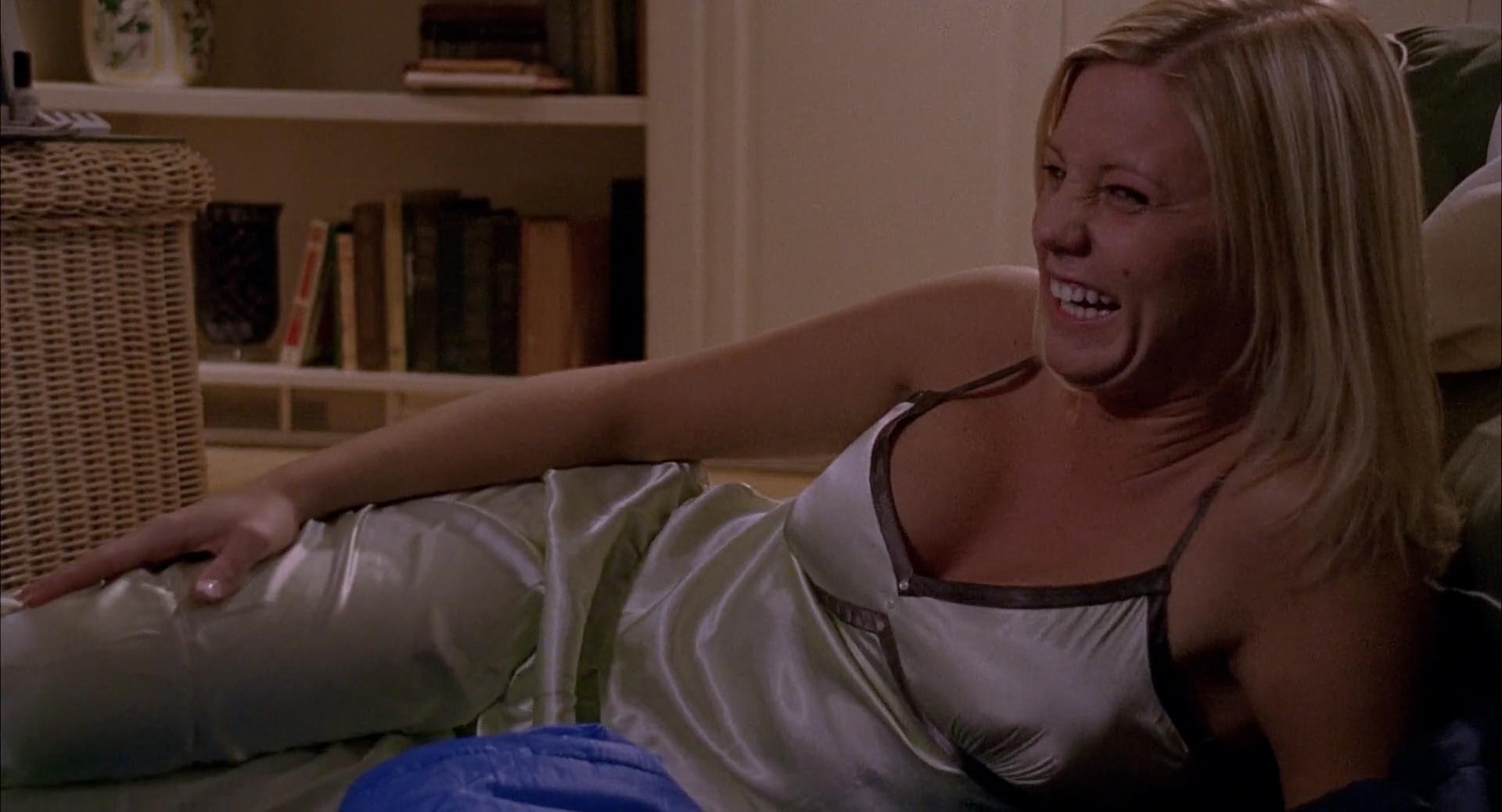 They’re looking as fake as most of the special effects

There is another problem with the movie, and that is that it cheats. It cheats us of some gratuitous nudity, something obligatory to this kind of horror movie. The slashers in the 80s were full of random nudity, but the MPAA became more tight over the years and as such I can understand that the previous two movies didn’t show any skin. But this movie went straight to video, so basically everybody can watch and you don’t have to cut anything. What this movie does on multiple occasions is toying with us. We get some cleavage during a slumber-party, and Betsy the Tan Girl also teases us with her body. She’s played by a glamour model, type in her name on Google and tons of nude images are on your display (bad boob-job warning!) so why not give her a nude scene then. She isn’t camera-shy. Same goes for Audra Lea Keener who even gets a scene in which she walks through her bedroom naked. We only get shots of her back. The movie teases us but does not deliver.

Urban Legends: Bloody Mary is the last of the movies and probably the last nail in the coffin for the franchise… until somebody decides to reboot or remake though.