Urban Legend came out when the Scream influence was peaking and we were covered in slasher-movies. All having better production values than most of the movies from the 80’s and most of them dealing with an intelligent cast actually being aware of any danger surrounding them. If it was the trend in 80’s to have one last girl who suddenly discovers all the bodies at the end of the movie, then now people are pretty quick up-to-speed with the fact that there is a maniac killer on the loose and that they might be next. Partially these movies became more like thrillers and whodunnits rather than simple stalk-and-kill movies, and such is the case with Urban Legend, a movie about a serial killer doing his job while referring to the so-called urban legends; modern folklore.

What an urban legend is, is explained in the movie by Professor Wexler who’s played by Robert Englund and is one of many references to other horror movies. Basically it’s a folk tale, a scary or funny story that people tell each other that’s supposedly true. Most of the times it happened in the neighbourhood or a town nearby. Names and places vary but the core of the story always remains the same. A few (typical American) examples are given in the movie; a man hiding in teh backseat of the car, the waking up in the bath-tub with ice and a missing kidney or the myth that two types of food when mixed together will cause your stomach to burst and die. In the movie it’s Pop Rocks and Soda, where I live it is Tonic and Baileys. 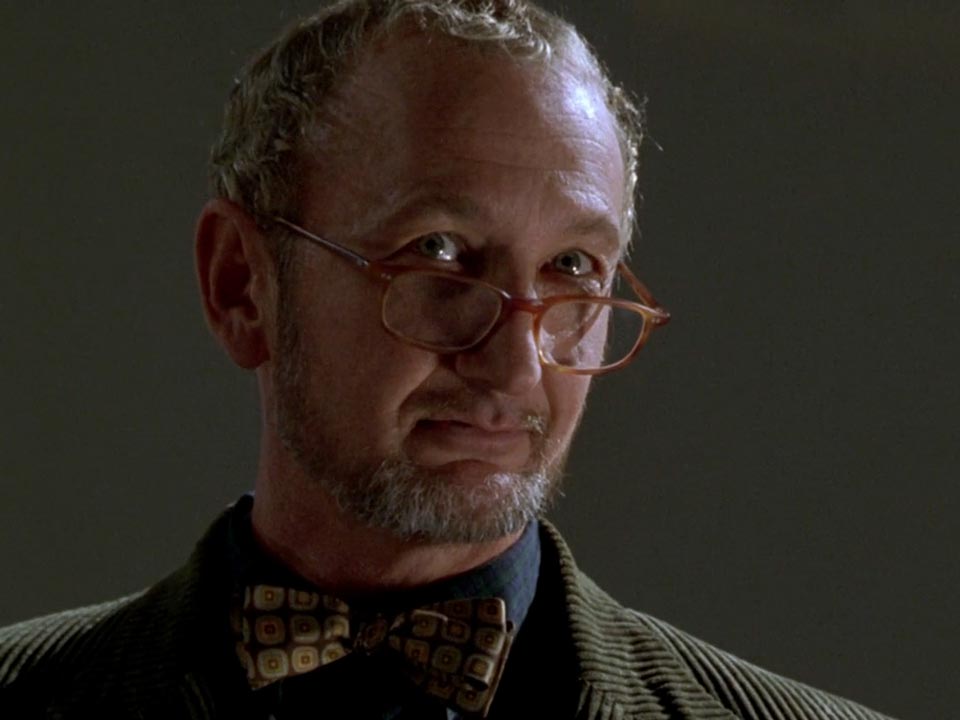 Basing the murder on urban legends is clever but it seemed a bit hard to plan those set-ups, especially if you have to conceal your identity as well. There is one scene where someone is murdered while her roommate walks in and thinks she’s having sex (again) and doesn’t turn on the light. The next morning she finds her roommate dead and written on the wall “Aren’t you glad you didn’t turn on the light?”. The first thing that came to mind was: but what if she did turn on the light? Would then the whole set-up of the urban legend kill have failed? What if the girl didn’t walk in at all and came later, what good would writing that sentence on the wall have then?

Same thing with a scene where a couple in the woods hear something on the roof: you can’t really plan this is as a killer as the couple aren’t even a couple, them being there is coincidental and far from planned, and you can’t really count on the guy taking a leak so you can kill him off-screen.

Maybe I’m over-thinking this too much, and at the time you kinda go with it. At least it’s an original approach to tread paths.’

The movie looked great though, much better than most counterparts made in the 80’s or early 90’s. The references to the urban legends are fun and makes you want to read a book about them. I also enjoyed the constant references to past horror movies. There’s of course aforementioned Robert Englund who played Freddy Krueger in the Elm Street series and you would immediately expect to be the killer. In the opening scene Brad Dourif, the voice of Chucky, plays the part of a creepy gas station attendant. Returning is the pile of bodies from people who went missing halfway through for the girl to find at the end. At one point I couldn’t help but smile when one of the cast members says: I’ll be right back.

The cast contains a couple of familiar faces like Jared Leto, Joshua Jackson, Tara Reid and Loretta Devine. Most of them gained (bigger) fame after this movie. Something that happens a lot with these kind of films as they’re a step up the ladder. Just ask Jamie Lee Curtis.

The movie does have it’s sloppy moments though. As with most slasher movies it’s mostly about the kills rather than being scary and it’s no different in this film. Most scares tend to lean on people popping of from behind the person we’re following. But I’m forgiving of that, because that’s what slasher movies are about these days. What I did found rather sloppy were a lot of goofs that popped up in the movie: at one point a radio host is being chased throughout the entire building, yet her screams and such are on the air despite her not being in the actual studio. I know she had this bluetooth-like headset on, but did they have that reach in 1998? I’m not sure they even have that today.

Urban Legend is one of the better movies that were released in the wake of Scream, mostly due to the fact that it acknowleges that it is horror-movie by putting lots of references in it. The attractive cast does help as does the whole urban legend themed murders.