In my review of Universal Soldier: Regeneration I made a closing statement hoping that movie would end the franchise as it has gone downhill ever since the first movie. But nobody listens to me apparently, so here I’m reviewing the 4th Universal Soldier movie, named Day Of Reckoning and starring all of the key players from the previous movie: Jean-Claude van Damme, Dolph Lundgren and Andrei Arlovski. New is Scott Adkins who is the main character in this movie as we follow him while he’s trying to get his memory back. It’s B-movie action meets art-house as The Universal Soldier franchise goes Memento.

The movie isn’t played in reverse, but it does come close as this movie most of the time feels like David Lynch wanted to do a martial arts movie. The premise of the movie is that a guy named John (Adkins) wakes up in the hospital with memory loss. The only thing he remembers are his wife and child being brutally murdered by Luc Deveraux (Van Damme). He goes out on a quest to find out about his past and Deveraux. Along the way he gets help from a stripper who knows more about him and runs multiple times into a UniSol (Arlovski) who wants to kill him. I can explain more about the plot but that would just spoil it for you so I won’t.

Universal Soldier: Day of Reckoning uses all kinds of tricks to make the movie a trip; it opens with a prologue shot entirely from the first person where we see the killing of his wife and child as well as how he’s beaten severely with a crow bar. Then the movie goes all “Jacob’s Ladder” as we know as much as John about what’s going on and John is plagued by visions of Van Damme calling out to him. To make it even disorienting director Hyams includes several stroboscope lighted scenes which last at least two minutes each time. When we don’t follow John the movie shows us a group of Universal Soldiers living in an underground bunker deep in the forest preparing for the day of reckoning, whatever that might be. 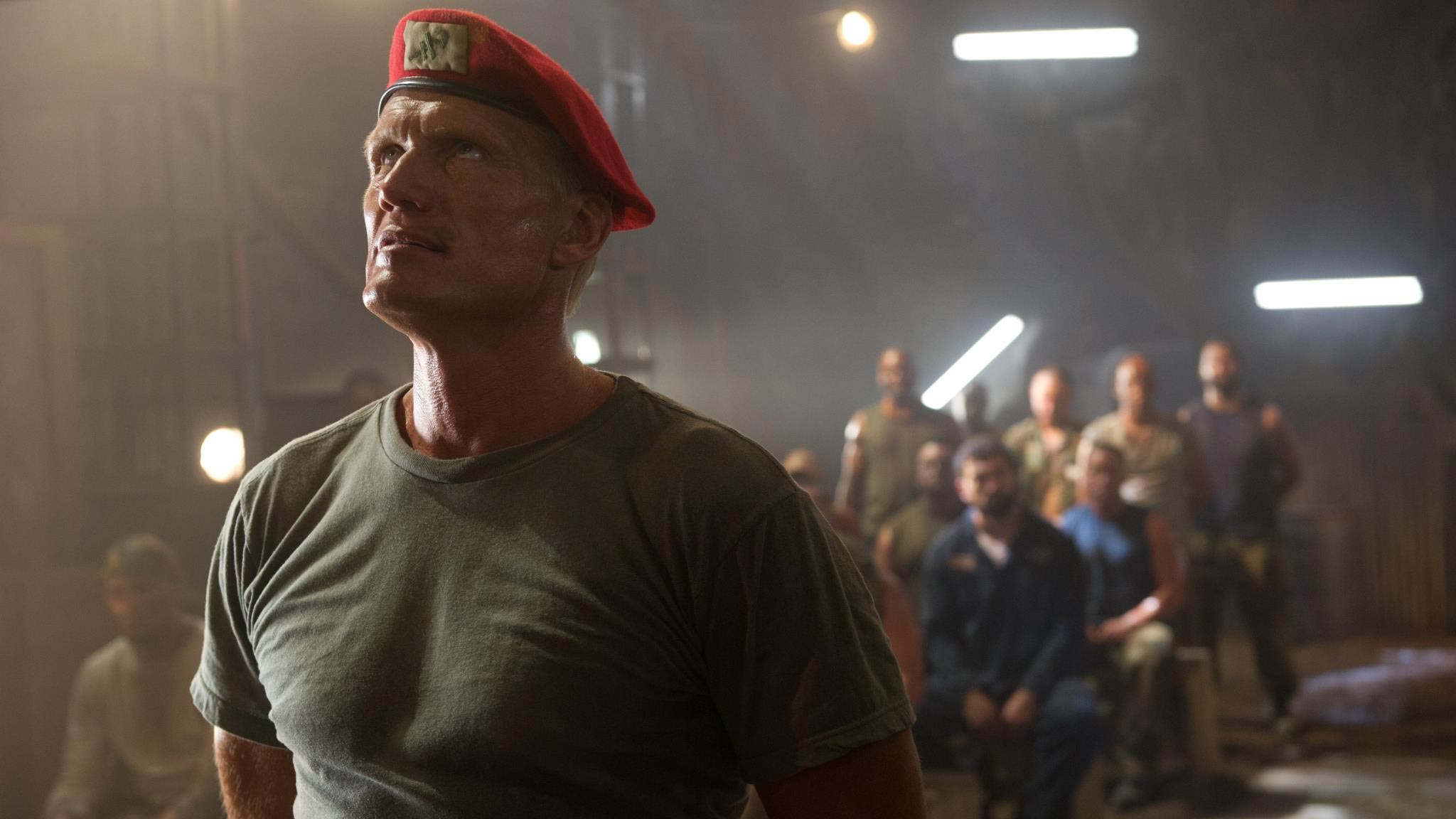 Watching it I was intrigued, but after I didn’t feel satisfied. This is one of those movies that have an unpleasant feel over them, like Irreversible. It’s a depressing movie miles apart from the popcorn entertainment of the original and “The Return”. Both Van Damme and Lundgren have extended cameos and especially Van Damme’s Deveraux is a totally different guy in this movie, compared to the other ones. Bald, presented as evil and creating an army of UniSols to rebel; this is not the Deveraux who just wanted to go home to his parents.

As a 4th installment in a franchise Hyams took some bold choices which do make the movie feel fresh and entirely different from the rest. It kept me interested during its almost two hour running time and there were a couple of jaw-dropping actions scenes, but this is also a movie I won’t quickly watch again, despite the amnesia-plot which does make this movie to be one that should be watched multiple times would you like to understand the entire story.

With Universal Soldier: Day of Reckoning being so drastically different and even seeing it get positive reviews because of it I’m wondering what direction the next movie will go into, because I’m pretty sure this franchise is like the UniSols: no matter even they’re down, it’s just a matter of time before they’re up again.