Under Siege is the tale of a young beautiful woman named Jordan Tate (Erika Eleniak). She’s a Playboy Centerfold and aspiring actress who, finds herself in the middle of a hostile takeover of a battleship. And she was only there attending a birthday party for the captain. She manages to keep out of the hands of the hostage takers and tries to stop them together with the aid of the ship’s cook. A man with a very low self esteem as he calls himself a “lowly, lowly cook”.

Now Jordan must overcome her principles of not killing people and not dating musicians, her air-/sea-sickness, her lack of weapons and combat training, and rescue the ship and its crew from the terrorists. All while showing a boob or two occasionally. 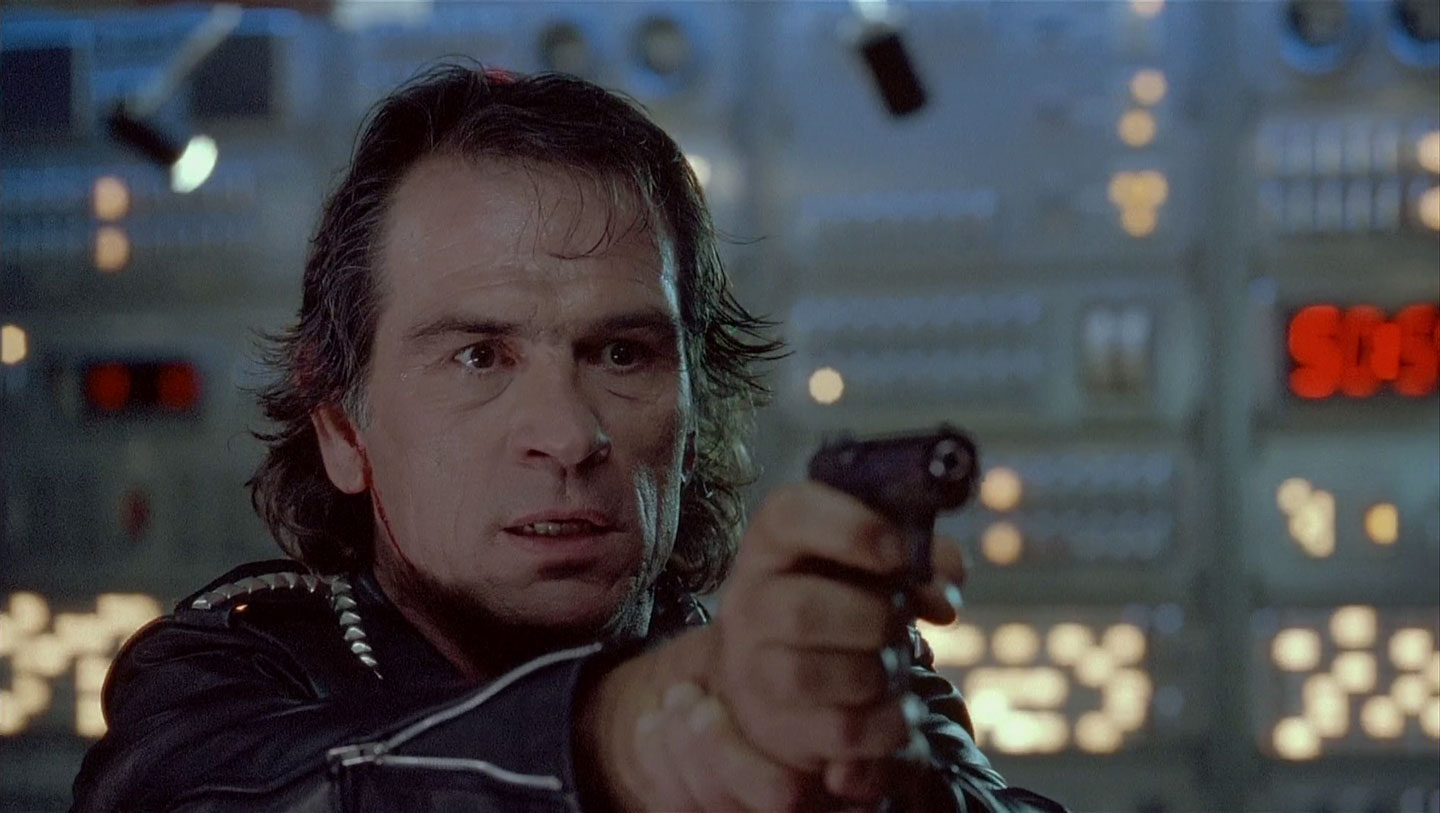 Luckily for her the cook is Casey Ryback who’s played by Steven Seagal. As with all of Seagal’s characters he has a long history in combat. Or as his file states read by Commander Krill (Gary Busey), one of the terrorists: Ryback’s an ex-Seal, expert in martial-arts, explosives, weapons and tactics, Silver Star, Navy Cross, Purple Heart with cluster. Simply put: the terrorists are fucked.

That’s what this type of movie is about: A fly in the ointment which criminals didn’t took in concern while carefully planning an otherwise fail proof plan. It’s the classic Die Hard formula. A template that produced a lot of movies. There’s even one called Skyscraper starring Anna-Nicole Smith. Of all the rip-offs Under Siege is probably the best. It’s got a solid leading couple, fun villains, a high pacing and tight direction by Andrew Davis. He also directed Seagal’s movie debut Above The Law. Erika Eleniak’s debut however was E.T. So her first big-screen-outing was directed by Steven Spielberg. Hard to beat that Seagal! 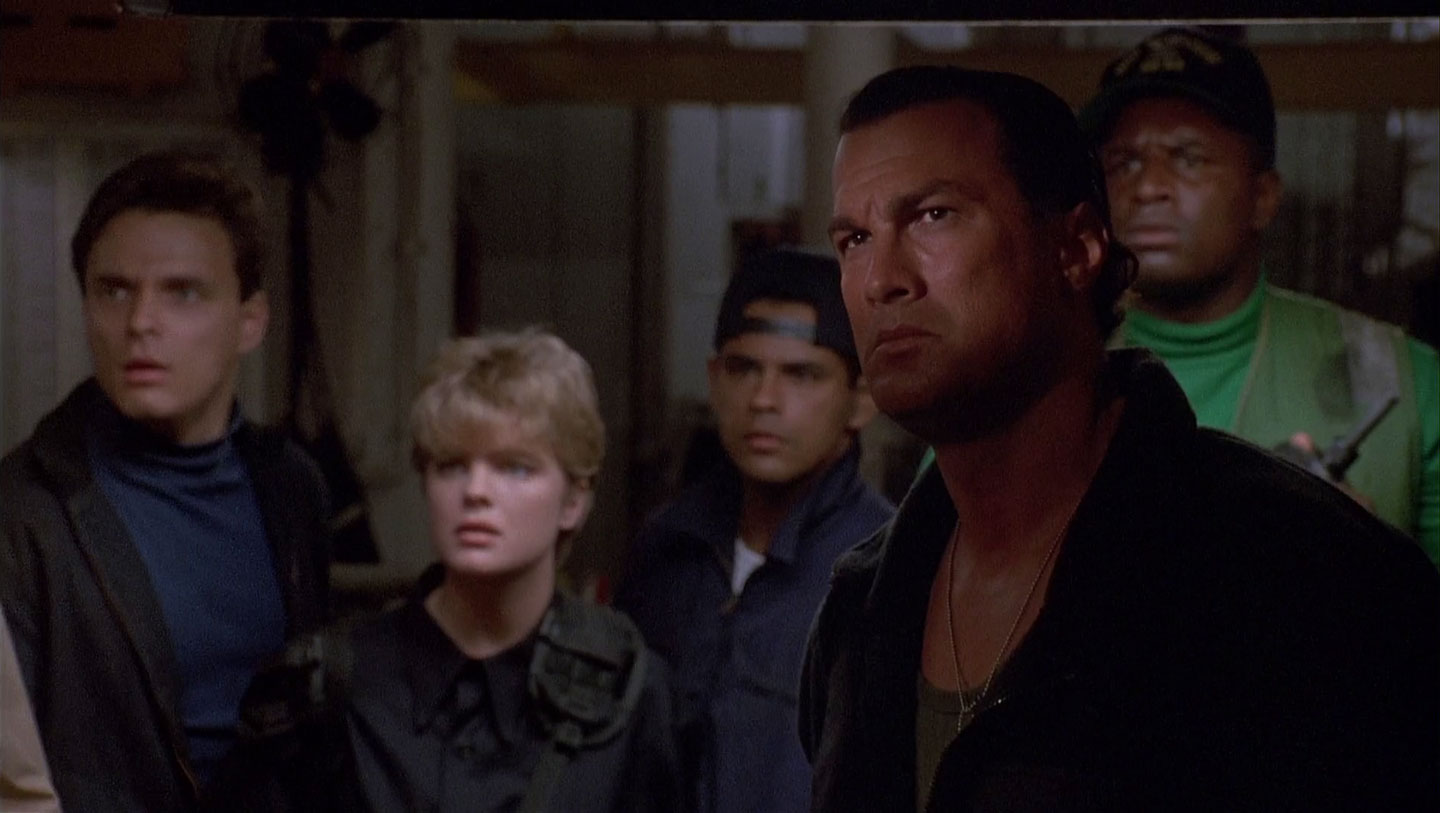 Everything in this movie falls in the right place. It’s no wonder this movie brought Steven Seagal to the A-list and is widely regarded today as hist best movie. That didn’t happen with Eleniak. She played in a couple of duds after this and went straight back to B-movie status. It’s a shame Seagal  didn’t get more promising projects after this.

Seagal’s next movie, On Deadly Ground, looked initially promising but that never lived up to Under Siege and since then it went all slowly downhill. It wasn’t downhill for Tommy Lee Jones however, who won an Oscar for his performance in The Fugitive a year later. A movie which was also directed by Andrew Davis. From this point one he went to be a solid presence in movies. He even channeled his over-the-top-character of William Strannix in Joel Schumacher’s Batman Forever in which he played Two-Face. 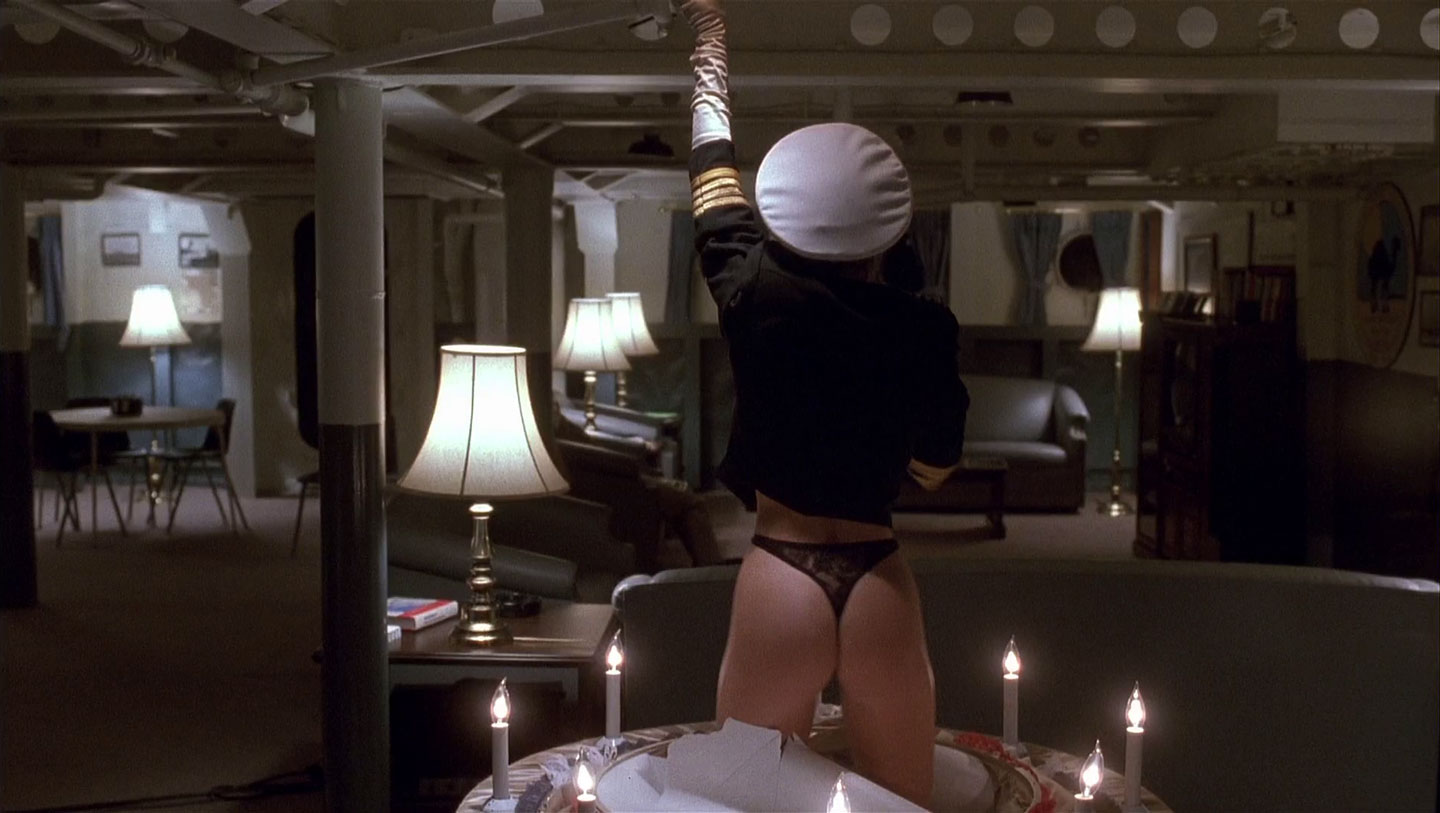 Acting; a piece of cake!

Under Siege is one of those movies with a “rewind-moment”. This was released back in 1992, before the Internet and there is a scene in which Jordan Tate comes out of a cake, dressed in a thong and Navy-jacket and does a sensual dance while showing her large breasts. I was 14 at the time this movie was released so you can probably imagine the effect this scene had on me. At the time I only knew her from Baywatch. So finally seeing the goods that have been teased with the iconic red bathing suit was a teenage boy’s dream come true. If you would rent Under Siege on VHS a half a year after it was released that scene in the movie always looked more worn than the rest. I wasn’t the only one apparently. 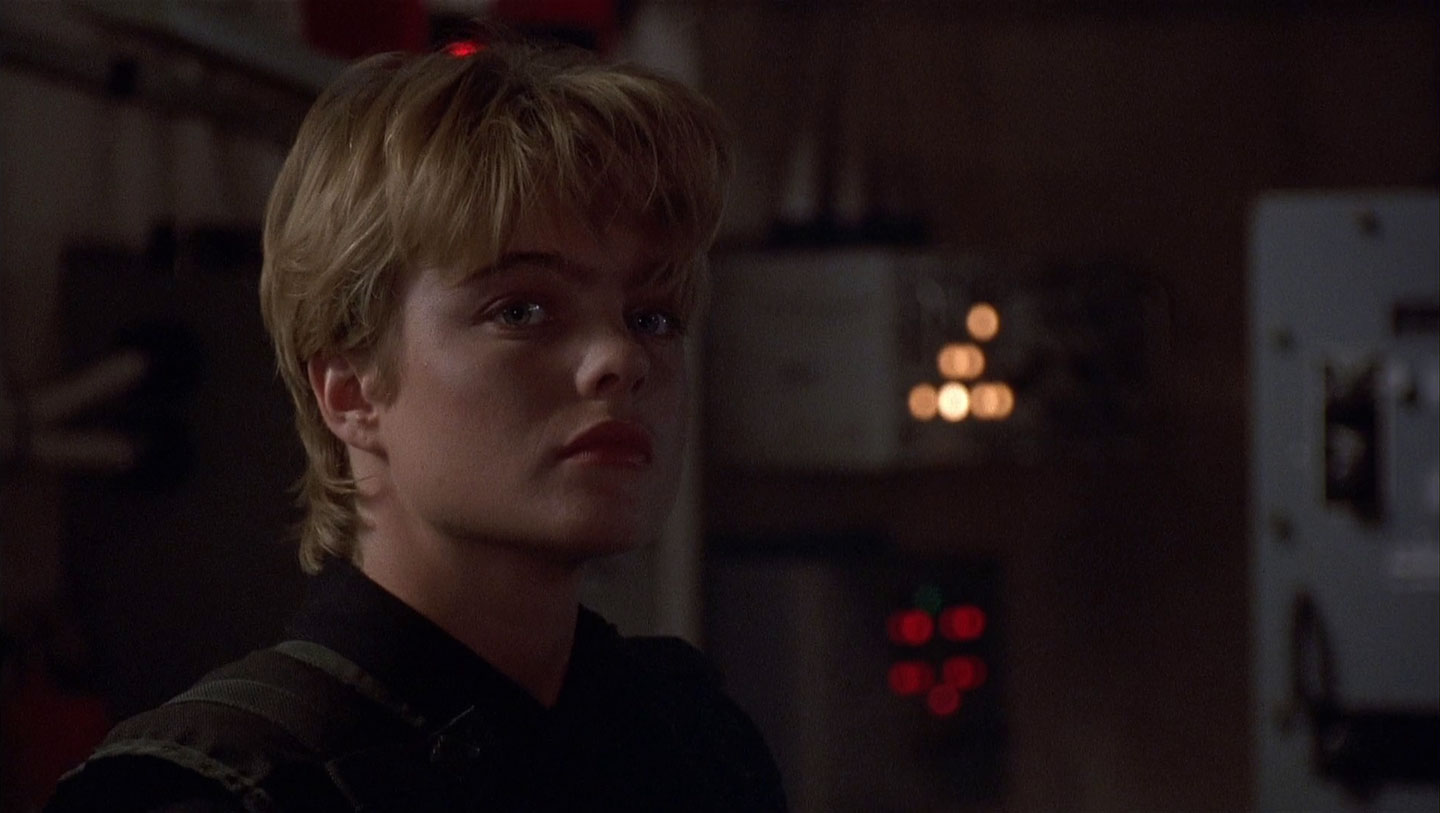 This movie takes up a warm spot in my heart as you might imagine.

There is a sequel, Under Siege 2, but they decided to go with the Casey Ryback character instead of Jordan Tate. A missed opportunity. I would’ve loved to see another hijack movie starring Jordan Tate: