I think the biggest problem with Troma’s War is the title. Without the addition of Troma the movie would have just been named “war” which kind of, well sucks but the word Troma in the title creates an immediate prejudiced expectation. And while the movie partially lives up to this expectation I don’t think it’s commercially a good idea to use a word like “Troma” in the title, especially since this movie was supposed to bring the studio into A-list territory which looking at the result I can’t hardly imagine how it should have done that. Despite having a larger budget than most of the previous Troma releases Troma’s War screams low budget from the beginning to the end.

Troma’s War has citizens from Tromaville crashing on an island. These citizens even include a new wave band and an englishman. Tromaville, with a wide variety of ethnic and cultural inhabitants. Yeah, so they crash and figure out that his island is being used by some terrorist militia consisting of multiple nationalities. This colorful ragbag of soldiers think these crash survivors are undercover US agents who discovered their plans to attack the US and have come to stop them. The wreckage as well as even a baby being present doesn’t convince them of the truth, not the slightest. But then again this is a Troma movie so what would you expect? So the citizens have to man up and take on these terrorists themselves. 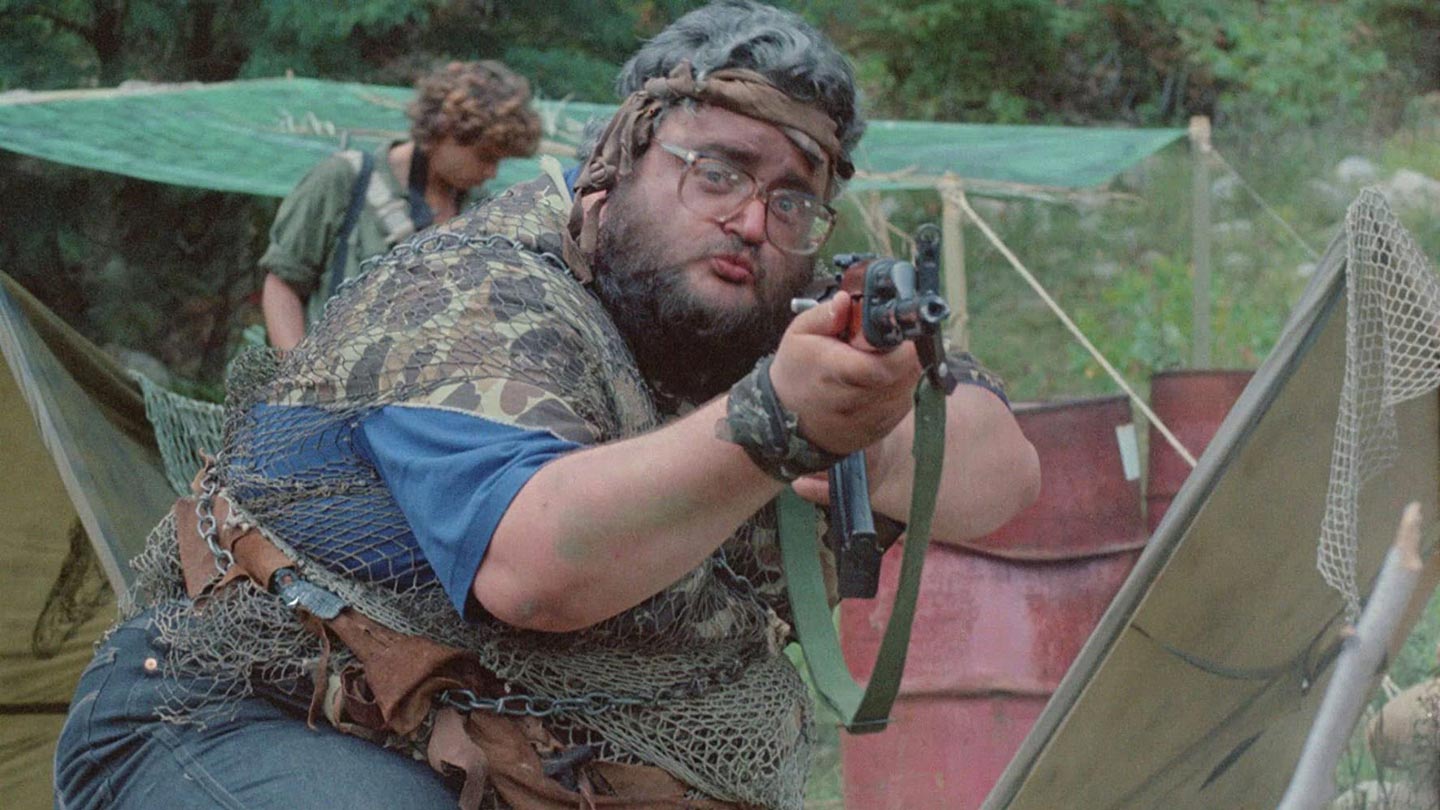 In the hands of someone capable this could have actually been a fairly decent movie, but being made by the Troma team really destroys every potential this premise otherwise had. The script incorporates humor that falls flat or relies to much on gross-out effects. Making one of the commanding terrorists oink like a pig in every sentence just isn’t funny. The casts consist of unknown actors who have little or no talent. This works in a Toxic Avenger movie but in Troma’s War not so much. Dialogue is cringe worthy and shoddy directing doesn’t help much. For a Troma movie this does seem to have more budget which is used for some nice scenery as well as lots of explosions and the occasional stunt sequence. Unfortunately the movie looks like is has been shot on video and in terms of quality might even lose out to your average home-video.

But there is definitely something in the movie that elevates it above the average release from this Studio, but sadly the script does not suite the subject. This makes it less enjoyable than say a Toxic Avenger or Redneck Zombies.