When terrorists take over a school campus they weren’t counting on one person; Hobbit Samwise Gamgee! It’s good old Sean Astin here in his younger days as a rebellious student who, with the help of a group of fellow students, tries to fight back when members of a Mexican Drug Cartel take 92 students and teachers hostage to function as leverage in getting a drug kingpin out of jail. It’s Die Hard on a school and Sean Astin is a John McClane who’s pubes just started to grow.

It’s easy to butcher this movie as it does not contain any original ideas. it’s the plot of Die Hard and Die Hard 2 molded together with students thrown in. You have seen this all before and yet I’m keeping my meat cleaver at home and let this one just go as it was simply put a fun movie. Sure it isn’t perfect but I had a good 105 minutes watching it and as a Die Hard rip-off it’s one of the better ones out there. Certainly notches above movies like The Last Siege and No Contest. 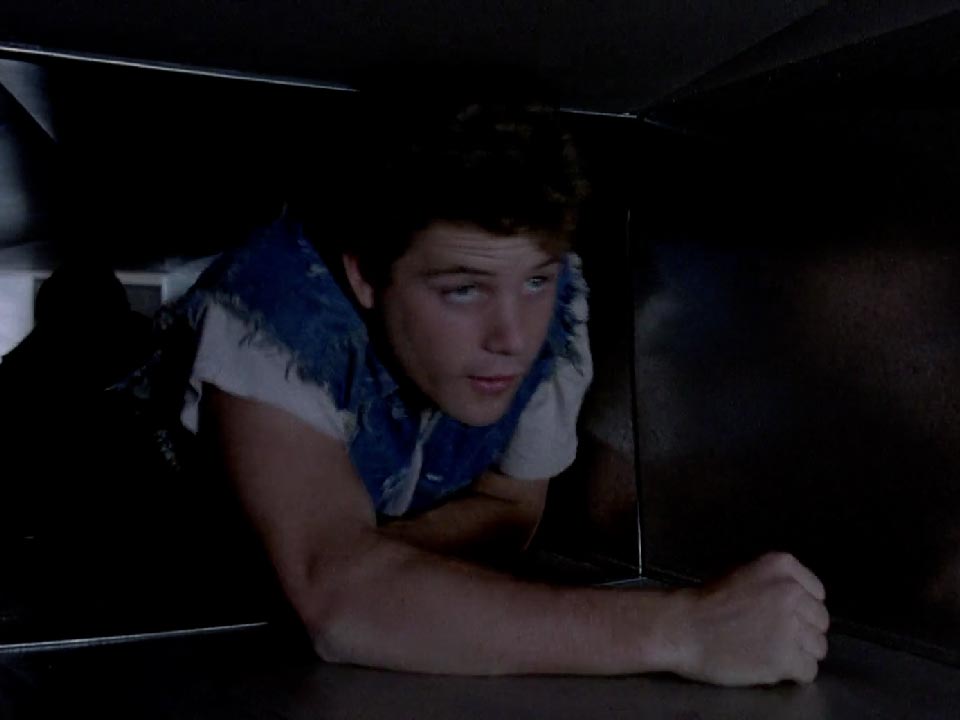 What’s there to like then? Plenty. The movie starts off on a typical high school level with the group of troubled teens playing pranks. Graffiti is sprayed, calls to sex lines are made and vodka is transformed into a liquid substance that tastes and smells like mouthwash so you get drunk while teachers think you smell nice. It’s these scenes that set up a humorous tone and had me in stitches a couple of times. Sure it’s humor of an American Pie level but that’s not necessarily a bad thing. When the terrorists came in I was a little disappointed. I expected more of a set up in which the boys just so happen to be overlooked when the siege began so that they, like Bruce Willis in Die Hard, would try to take the mercenaries out one by one. No, the boys are captured immediately and are part of the group of the 92 students and teachers who get counted on the hour. This however sets up a couple of tenseful sequences like one in which one of the students must try to leave the campus unseen, reach the military outposts, and get back on time.
Of course the movie has its fair share of references to Die Hard of course. There is for instance a ventilation shaft scene. No Die Hard clone is complete without it! 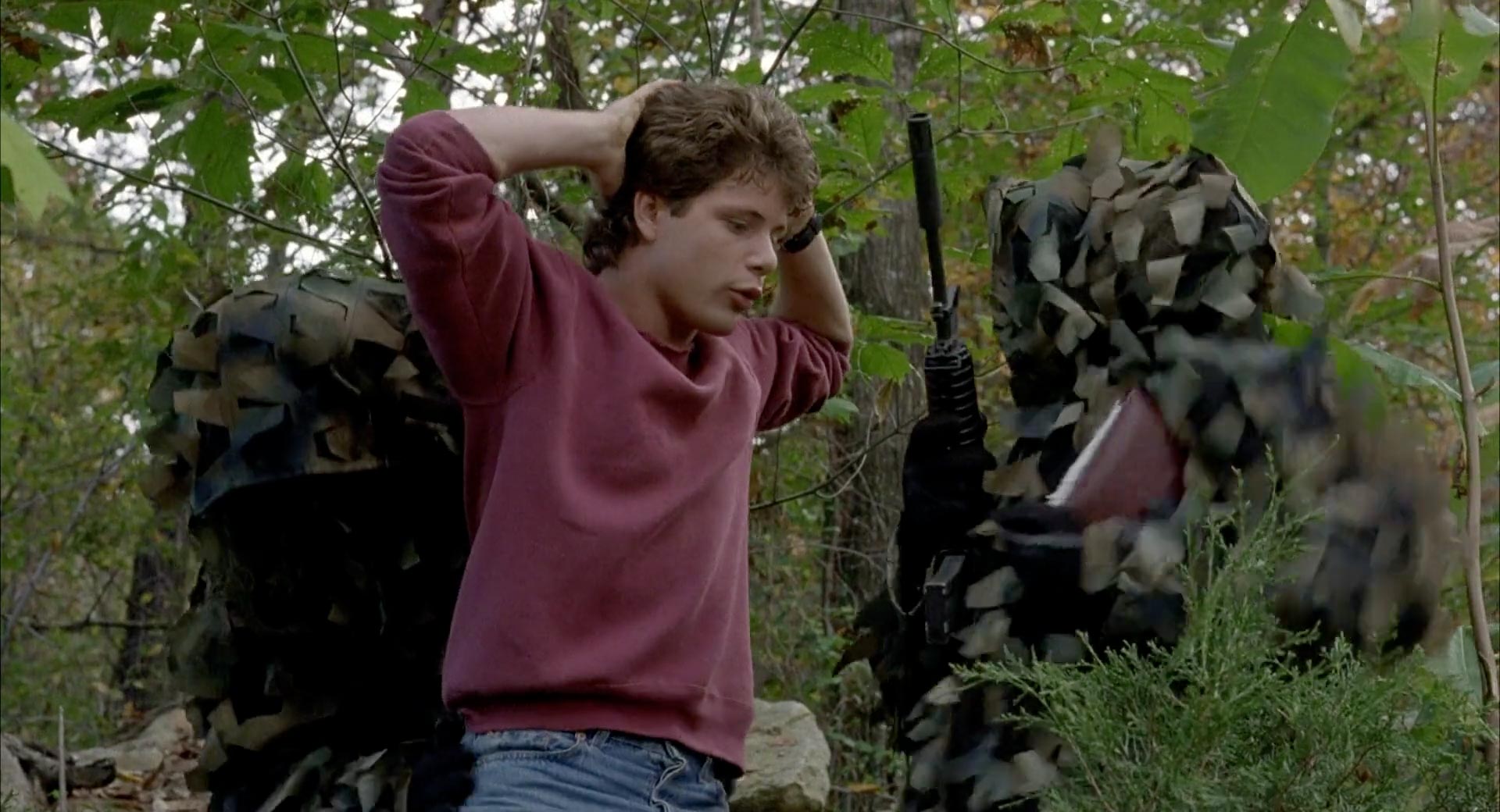 Toy Soldiers is a fun film, nothing more nothing less. Looking at it 18 years after its release it’s easy to put it down as an inspirationless rip-off but the thing was damn entertaining. Maybe I’m a bit too mild on the film watching it right after cinematic pieces of shit like The Last Siege and No Contest. Ok so No Contest was fairly entertaining even if it was bad. But too mild or not, I enjoyed the movie, it had some tensefull sequences, Divoff made a fairly enjoyable villain, Louis Gossett Jr. an amusing Dean Edward Parker, and there was some nice humor in it. The only thing that is a bit difficult is the waving of guns in the school after all those high school shootings there were in Germany, Sweden and America. Fiction became reality. If something like this ever happens in real life again, let’s hope there is a Hobbit on the campus.