Ticks is a 1993 horror movie about a group of troubled teenagers going to a California wilderness retreat. What they are not aware of is that the area has become infested by mutated, blood-sucking ticks. These mutations are caused by the waste of marijuana plantations hidden deep in the woods. At this point you might wondering what kind of waste a marijuana plantation generates, since they’re just plants. Apparently you can accelerate the growth of your average plant with herbal steroids. As a side effect this also works the same way on ticks.

I have seen Ticks once before. It was one of those creature movies made in the wake of Arachnophobia and it looked funny. I taped it from a late night showing on cable in the mid 90s and I kind of forgot about this movie. All I could remember was a scene that took place in a cabin in the woods at night with the ticks attacking everybody who’s inside. After re-watching it, my memory of this movie turns out to be the finale of the flick.

This scene also reminded me somewhat about the finale of Jaws. But instead of a boat being attacked by a shark, it’s a cabin attacked by ticks. Funny how this movie steals from all sorts of better movies. Like ticks leeching of animals, the movie Ticks leeches of other movies. 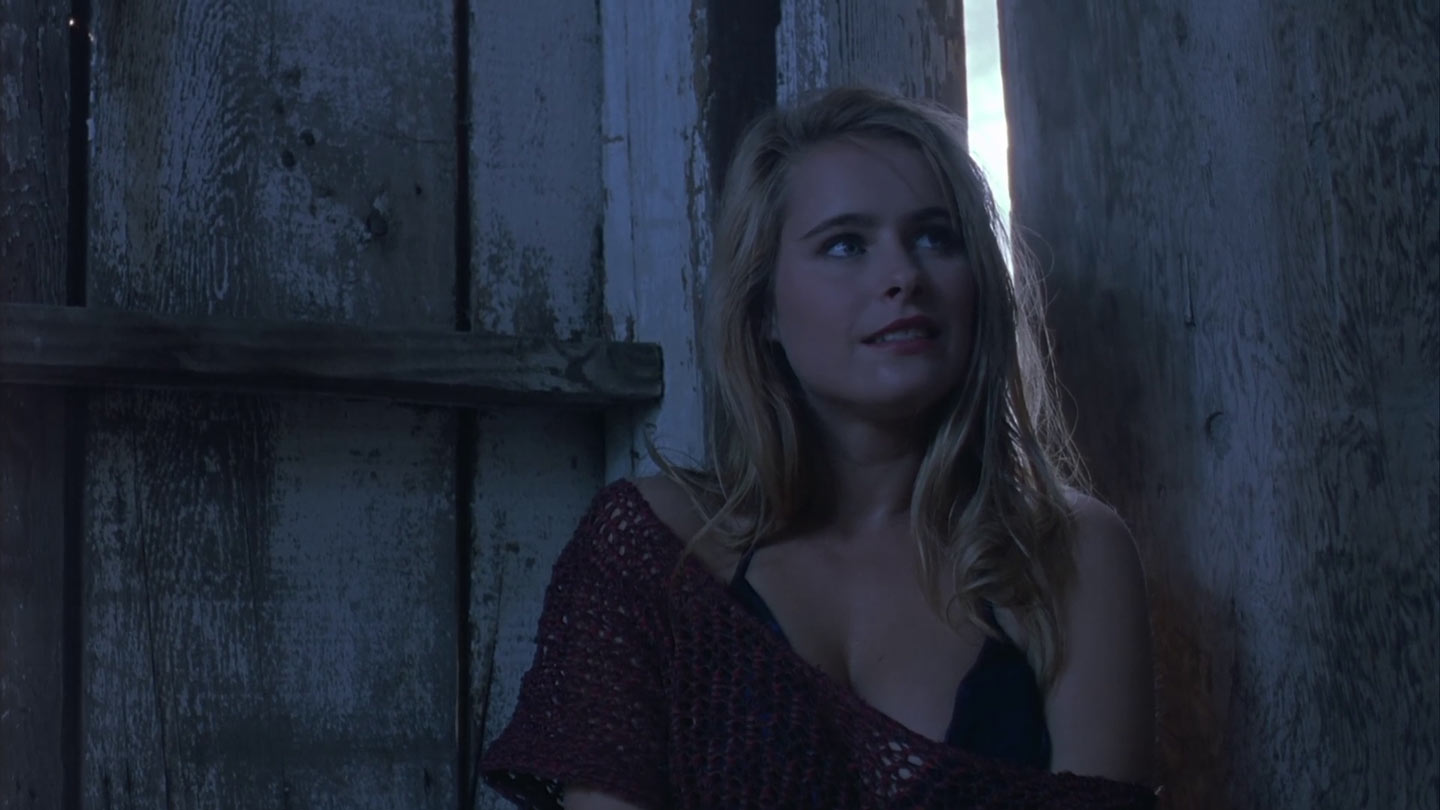 Ticks is directed by Tony Randel, who was also responsible for Hellbound: Hellraiser II. That movie is a very inventive sequel to the original Hellraiser. It has a great gothic style, it’s pretty dark and it has some disturbing visuals. Ticks on the other hand doesn’t have any of these elements. The cinematography is flat, the visuals are bland and the direction feels like that of a straight-to-video movie. Especially the opening scene on a basketball court with Seth Green as Tyler and an inner-city tough guy who calls himself Panic. He also carries a switch blade and has a dog. He introduces himself with this great line:

See, they call me Panic ’cause I never do. How about you?

This guy is just hilarious. Not only because the dog he owns and uses to threaten people with is just a Border Collie, but also because the character is played by Alfonso Ribeiro. You might know him better as Carlton Banks from the Fresh Prince of Bel Air. Yessiree, Carlton is in this movies pretending to be a gang banger. 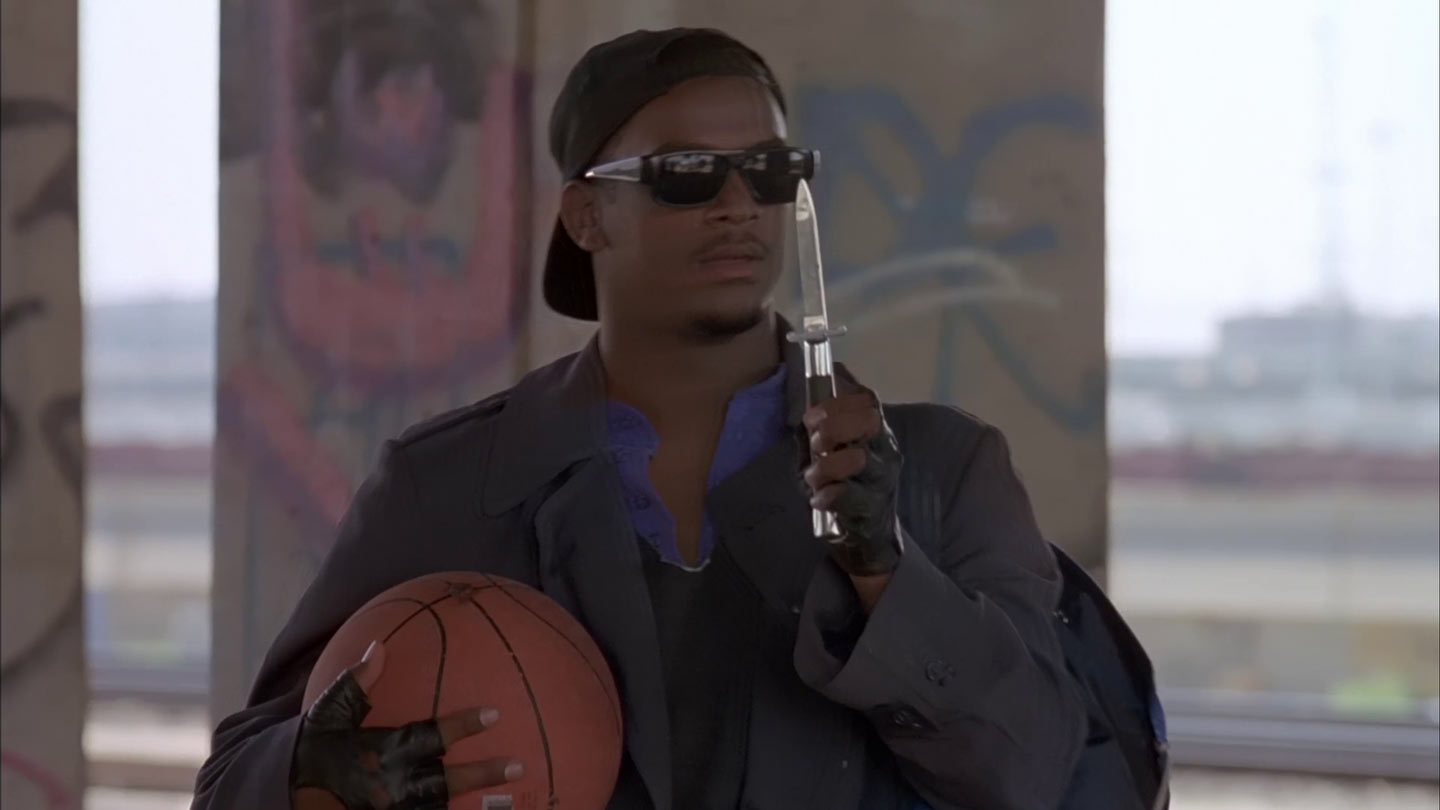 The most frustrating thing about Ticks is how it’s so perfectly mediocre. For every positive note, there’s a negative one. For every good scene, a bad scene. What did surprise me the most was how decent the creature effects are in this movie. Especially when the ticks are moving around at high speed. I was expecting some bad stop-motion effects, but the effects of the ticks are actually very convincing.

The ticks themselves behave differently from real life ticks. Ticks are more passive animals who wait on grass until they can latch on to an animal and then suck themselves full off blood before letting go again. Something which can take days. The ticks here are more predatory. They constantly chase their potential prey. They bury themselves inside a victim. At one point a tick strips the flesh of a hamster. That makes you wonder if the writer has actually read up on these creatures before writing the movie. 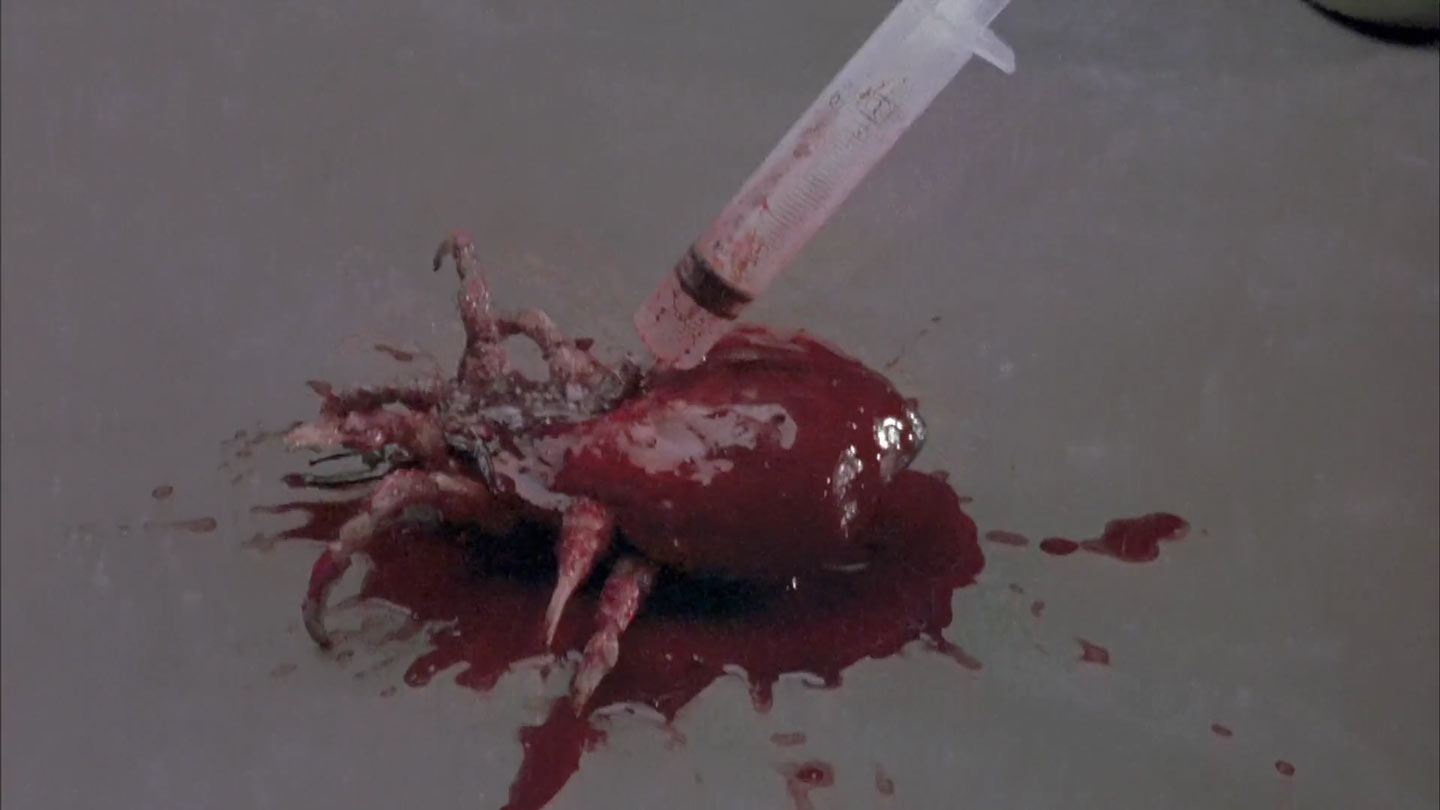 The running time of Ticks is only 85 minutes and that includes about 4 minutes of end credits. But the movie has pacing problems making it feel much longer than that. The script tends to lose focus due to the inclusion of a lot of secondary characters. The biggest fault is the inclusion of the people running the illegal marijuana plantations. Clint Howard’s character as the first victim should have been kept to the opening scene establishing the mutated ticks. But he keeps on popping up. The movie also cuts constantly to the owner of the plantation and his strong man roaming the forest. This creates a sense of drag. A sub-plot about the murdered sheriff could be deleted completely and nobody would even miss it.

Another thing Ticks doesn’t handle well are the characters. As usual these are all familiar stock characters with clear definable traits. The nerd, the gang banger, the hot chick, the shy chick, the stud etc. I can’t even remember their names aside from “Panic”. Just seems to show how much a good introduction can do for a character. 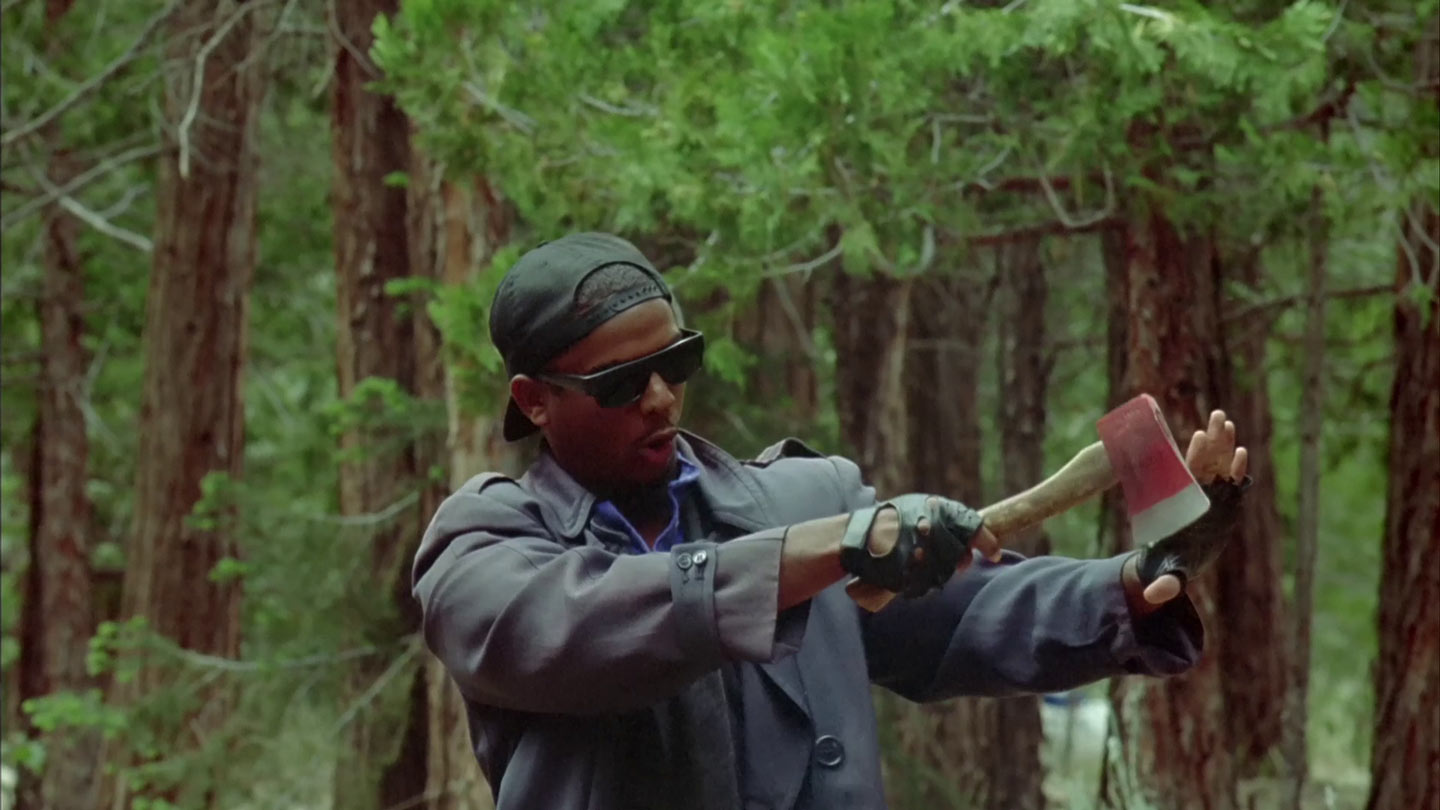 Randel also turns the exploitation factor down a notch. Something you would not expect in a low budget horror flick. Ami Dolenz, the token hot chick, has a scene in which she’s sunbathing in a bikini, but she’s kept out of focus. Later on she goes out into the woods to have sex with the hot guy, but it never gets to that as the Ticks attack first. One of the golden rules of horror movies is that teens are attacked after having sex, not before.

There is another strange scene where two girls go out fishing and one looks desirable at the other. So I was expecting that she would turn out to be the movie’s lesbian and was going to kiss the shy girl. But then a corpse in the water completely destroys that moment and the questions that I now have about the sexuality of these girls will never be resolved. 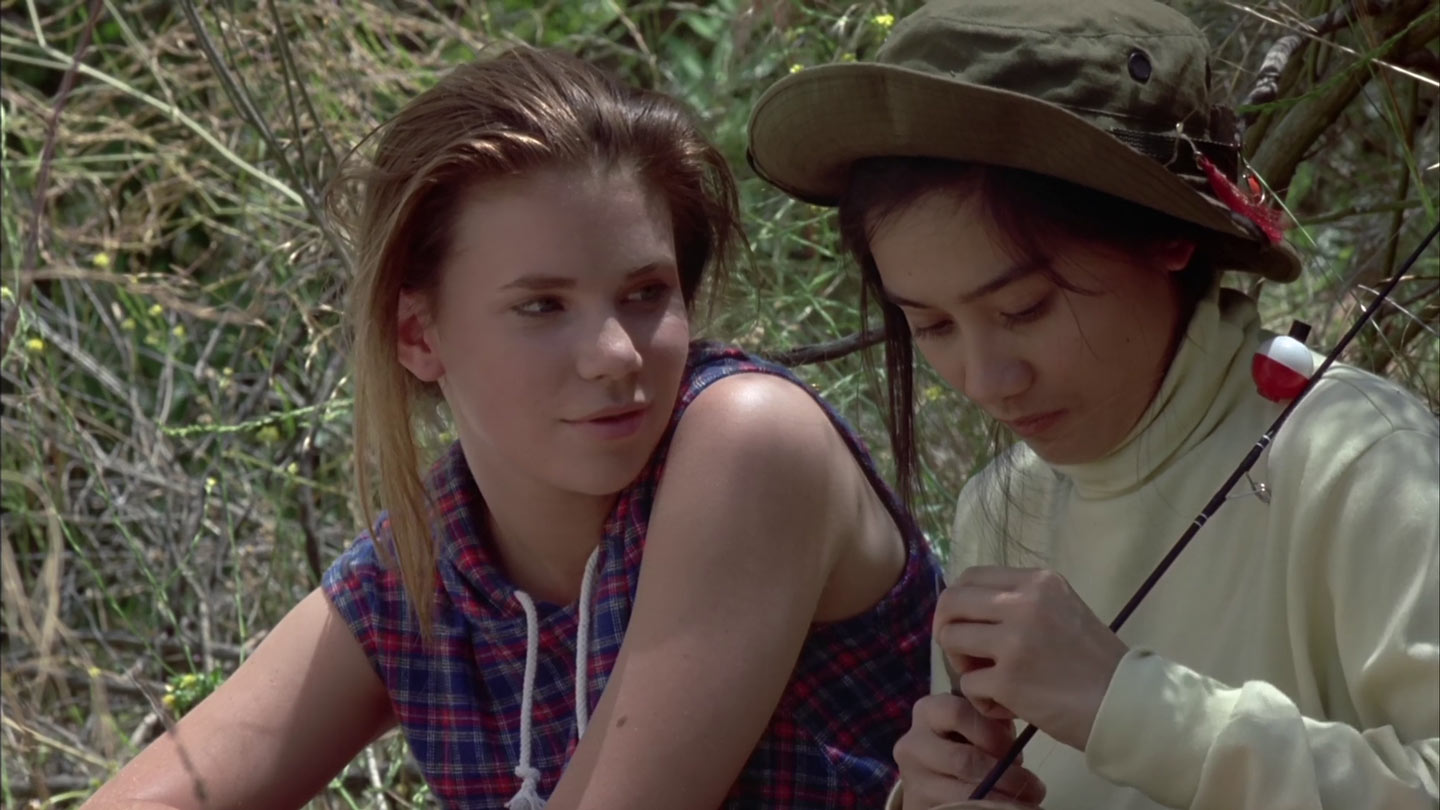 As a creature feature Ticks is one of the better ones. But that is not saying much considering the competition. Especially with all those Sy-Fy and Asylum productions that have been flooding the market of budget bin movies. It’s probably a movie that will only appeal to people who have seen it back in the day and want to re-watch it, or people who love to watch old 90s goofy horror flicks.