In my opinion the first Thor movie was the weakest of Marvel’s phase one standalone movies. The character is kind of dull and the choice to set a movie starring a God from a fantastical world in a small desert town felt like there was hardly any budget. Cannon’s 1987 Masters of the Universe movie starring Dolph Lundgren did exactly the same thing. Put a character from a fantasy realm on Earth. And they did that just for budget reasons. Somewhere in Hollywood there should be a rule-book stating that you should never do things the way Masters of the Universe did. And yet Thor: The Dark World does it all over again.

After watching Avengers: Endgame I decided to revisit all the previous Marvel movies. Thor: The Dark World is especially of interest since it’s prominently featured in Endgame. There are millions of lists on the internet rating the MCU movies from good to bad. The search query “marvel mcu movies ranked” has almost 4 million results. Thor: The Dark World is almost always at or near the bottom of those lists. Finding itself often surrounded by movies like The Incredible Hulk, Iron Man 2 and Avengers: Age of Ultron. At this moment it is the lowest rated MCU movie on Rotten Tomatoes which is based on professional critic reviews.

And in my recollection this was indeed not a great movie. But I had hardly any recollection of this movie. Aside from a giant space ship crashing into London and Stellan Skarsgård running around naked for no good reason. What has been seen cannot be unseen. But even the worst rated MCU movie often has its moments. In 2019 this movie still holds a decent 6.9 score on IMDB. It’s not like I’m dealing with IMDB Bottom #100 material here. But there indeed this movie has a lot working against it.

Thor: The Dark World again largely takes place on Earth. Because somehow that is where characters from an entirely different world always end up fighting their battles. Most of the movie revolves around the relationship between Dr. Jane Foster (Natalie Portman) and Thor. A relationship that seems to be doomed from the start since she’s mortal and he can live over 5000 years according to Loki. Even though Thor keeps his distance he is forced to interact with her when she’s infected by a powerful entity known as the Aether. It’s never really explained what it does, but it gives the bad guy in this movie enough power to destroy Asgard or the entire universe. I’ve already forgotten what his goal was.

Which brings me to the second negative aspect of the movie: the villain. It is often stated that Marvel has a villain problem. Their villains are often one-dimensional. They are hardly explored, their reasons kept in the dark or rather simple. Obadiah Stane in Iron Man just wants to be CEO of Stark industries, The Red Skull wants world domination. Often the villain is just an “evil clone” of the protagonist. Iron Man fights another guy in a high-tech suit in the first two Iron Man movies. Ant-Man fights a guy who also has a suit that can make him shrink. The Hulk has to take on The Abomination. Ask someone who the bad guy was in Thor: The Dark World, Guardians of the Galaxy or Iron Man 3 and chances are you will get a shrug.

In Thor: The Dark World the villain’s name is Malekith and he’s a dark elf. That is basically all we get to know about him. He wants to plunge the entire galaxy into eternal darkness or something like that. “And then what?” I thought. This is one of those half-baked schemes that never seems to make much sense.

The movie also repeats a criticism I had on the previous movie. There are no really fantastical worlds outside of Asgard and Earth. In the first movie the Bifrost planet played a large role. But it was just this really dark planet without any evidence of a civilization. No architecture, just sentient creatures living in dark caves on a planet that hardly ever got sunlight. We visit a couple of other worlds in Thor: The Dark World but it’s the same. All the worlds have no developed civilizations and are drenched in dark green and brown tones. As if the movie was filmed in sepia.

An unmemorable villain, a weak story, unimaginative worlds and yet another finale set on Earth without good reason. It’s easy to see why this is one of the lowest ranked movies in the MCU. But there are aspects to the movie that are genuinely good.

As much as I hate to say it, Loki is one of the highlights of this movie. Personally I have always had a bit of a love/hate-relationship with the character. I love the character, but I hate how the studio seems so reluctant to kill him off even though he is a villain. I was glad Thanos finally killed him off in Infinity War and I hate how Endgame opened the door again to his return. But here, even though he is somewhat shoehorned into the plot, he is one of the most fun characters. Downplaying all of his antics in New York and bickering with Thor constantly. 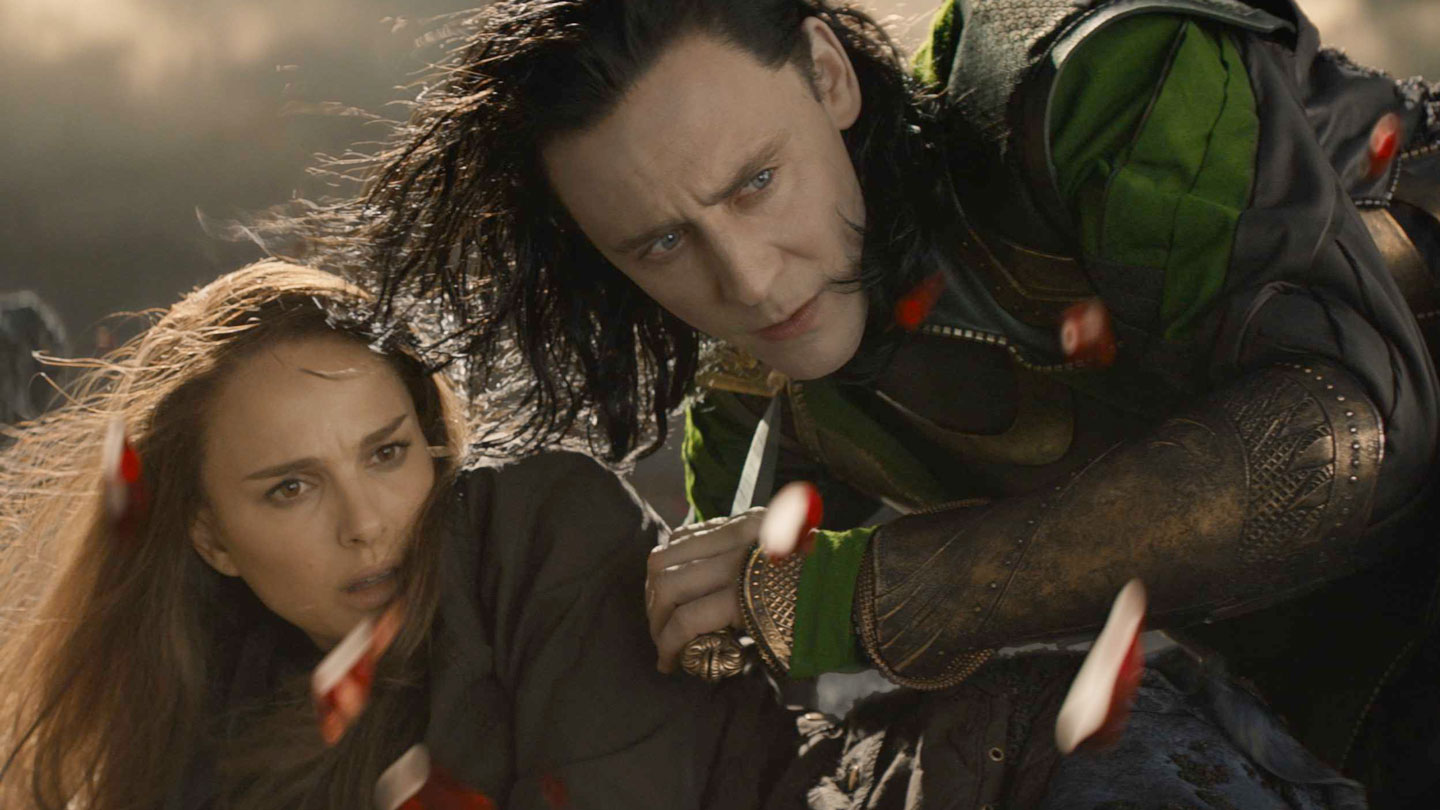 Thor: The Dark World also contains a lot of humor. Most of it provided by Kat Dennings who steals most of the scenes she’s in. But Thor himself also has been given a slight upgrade in the humor department. Though most of the time he’s still way too serious for a man walking around with a red cape and a waving a big hammer.

Thor: The Dark World is one of the least popular movies in the MCU, and rightfully so. But I must admit that it is never boring and has its moments. It’s just that it’s an instantly forgettable movie that has no real influence on the rest of the MCU. Not that the latter is a requirement, but the ones that do tend to leave a lasting impression. It’s kind of ironic how the man waving around a big hammer is also the one whose movies hardly make a dent.