The Witches of Eastwick is a quirky little comedy with a star filled cast lead by Jack Nicholson but also starring Cher, Michelle Pfeiffer and Susan Sarandon. Not the least of names and yet this is one of those movies that seems to have wandered from the public eye and isn’t considered a true classic. The movie is about three single women, al fed up with the men in their New England village. Without any further explanation the complaints of these women have one Daryl van Horne pop up; a mysterious stranger, rich and wild eyed.

When Daryl van Horne has just entered the picture nobody in the movie seems to be able to remember his name. Now I’ve seen this movie just recently and I already have trouble recalling what it was all about. I remember certain scenes but the overall plot never really stuck. 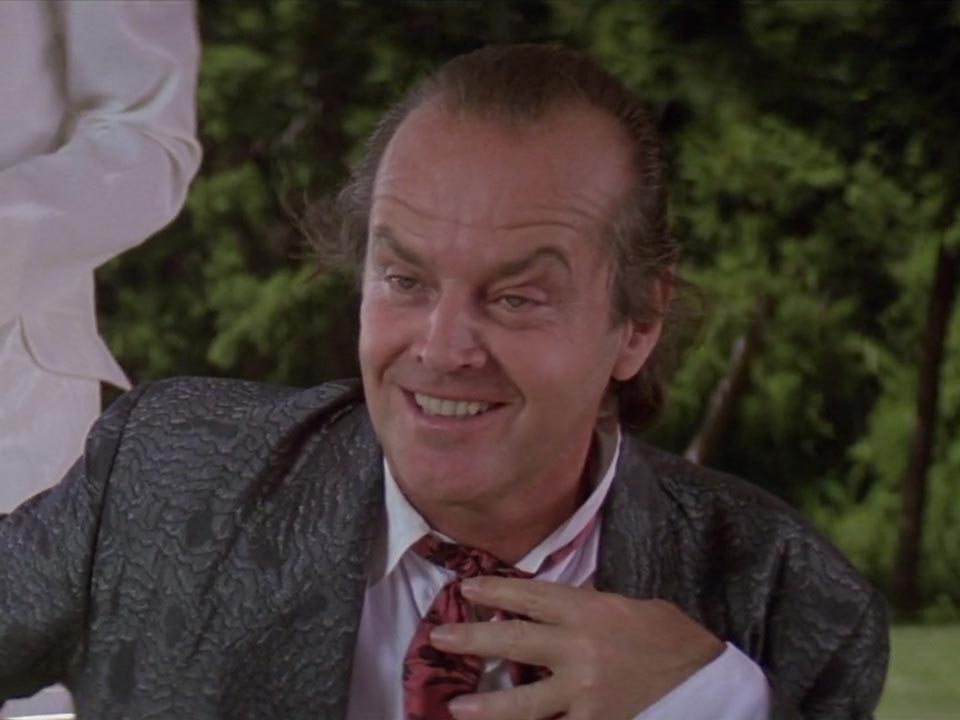 Nicholson appears and after that these women are practically all day around him. Some stuff goes on; they fly, a tennis ball goes into slow motion and they make a woman vomit cherries from miles away. At the end they are somehow fed up with Daryl and decide to take him out of the picture. The core of the movie is that Daryl releases them from their uptight restraints. Susan Sarandon’s frigid character becomes a slut who only then really knows how to play the cello with passion. Cher’s character is a sculptress who makes little fat women figurines. After being seduced by Daryl in the most obnoxious way ever we see her sculpting something twice her size.

Watching the Witches of Eastwick is on one hand a nice experience. There are some nice laughs in the movie and Nicholson seems to be having a fun time with the role. On the other hand the characters of the women aren’t given any real depth. The characters have action which are hardly motivated and made me wonder why they reacted like they did. You play a game of tennis and when the ball suddenly goes in slow motion or hangs still in mid-air nobody stops to gaze of amazement. They just go with it. At no point do any of these women actually scratch themselves behind their heads and say to themselves: what the f*ck is going on here?

The Witches of Eastwick is a mediocre movie. It’s not bad, but it’s not great either. After watching it I can understand why it’s a forgotten movie. I’ve just seen it and already have a hard time recalling it.

The Witches of Eastwick