A serial killer with the mask of Ronald Reagan killing hippies. Well, there’s a concept we haven’t seen before. When the horror scene is thriving on remakes/reboots director David Arquette decides to introduce the world to a new horror icon, or so he hopes. This is especially clear in the tagline “Move Over Jason, Look Out Freddie. HEEERE’s RONNIE!”. Unfortunately I don’t think that this character is destined for a long running franchise, especially when you consider that there aren’t that many hippies left in America.

Why hippies, and why Reagan? During the opening scene set in the sixties we see how hippies are tree hugging and getting in the way of the lumberjacks. When the foreman tries to get them out of the way he gets into a fight with one of the hippies. They get pulled apart by the police but then his young son chases the hippie with a chainsaw and cuts him up. Kids these days.

Cut to today where there’s a hippie festival held in that certain area. But then these hippies get offed by a guy in a Ronald Reagan outfit. 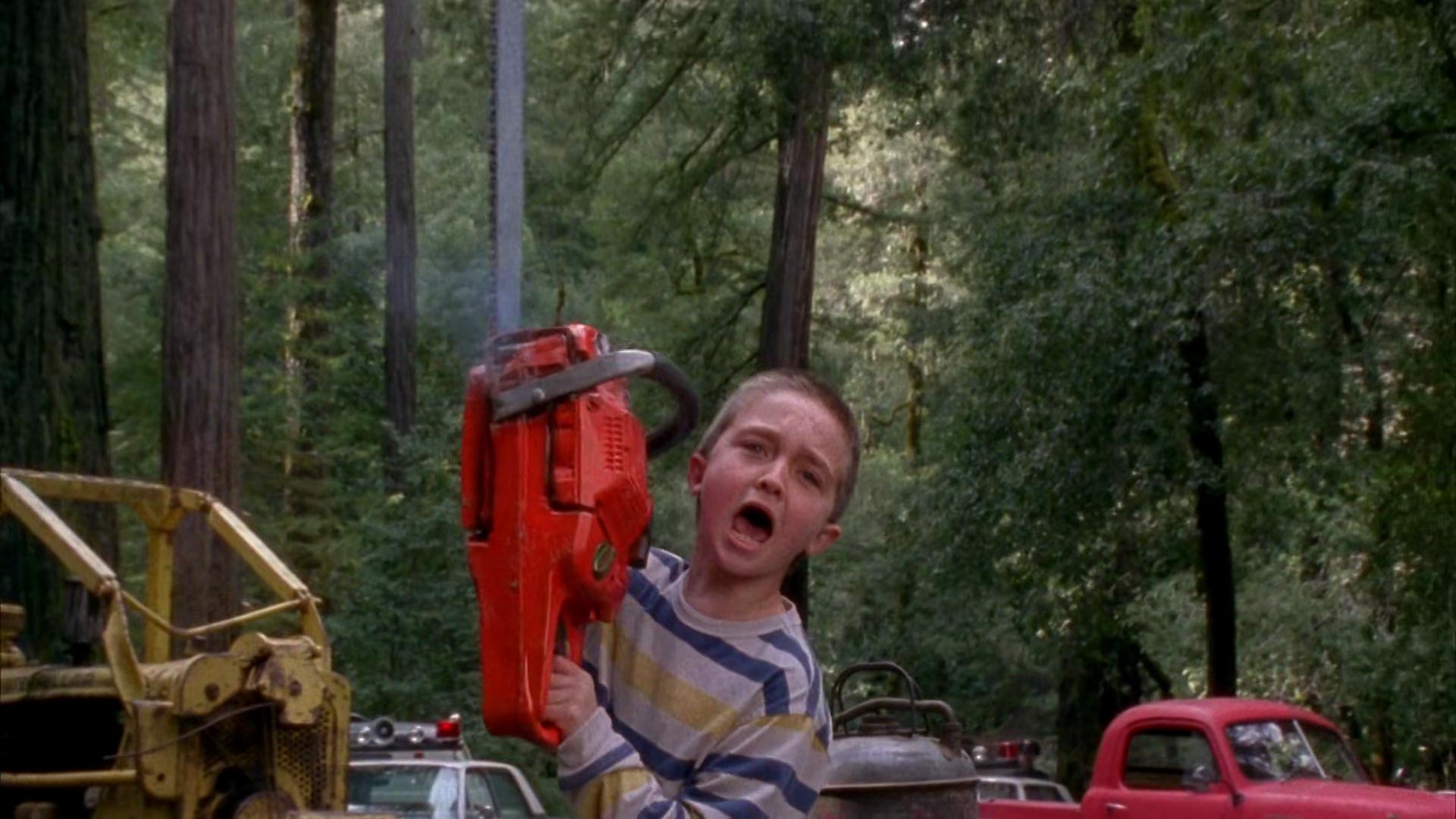 It is refreshing to see a serial killer like this. In tight suit instead of a jump-suit or a ragged sweater, but otherwise there’s nothing new on the table. I was expecting to be a more one liner spouting killer but while they show his face on the DVD cover Ronnie operates mostly with his face off-screen and most of this kills are without any smart comments. A shame because a character like this just screams to be the subject or the delivery guy of tons of political remarks. Movies like this stand and fall with their killer, and sadly Ronnie is less interesting or fun than he should be. 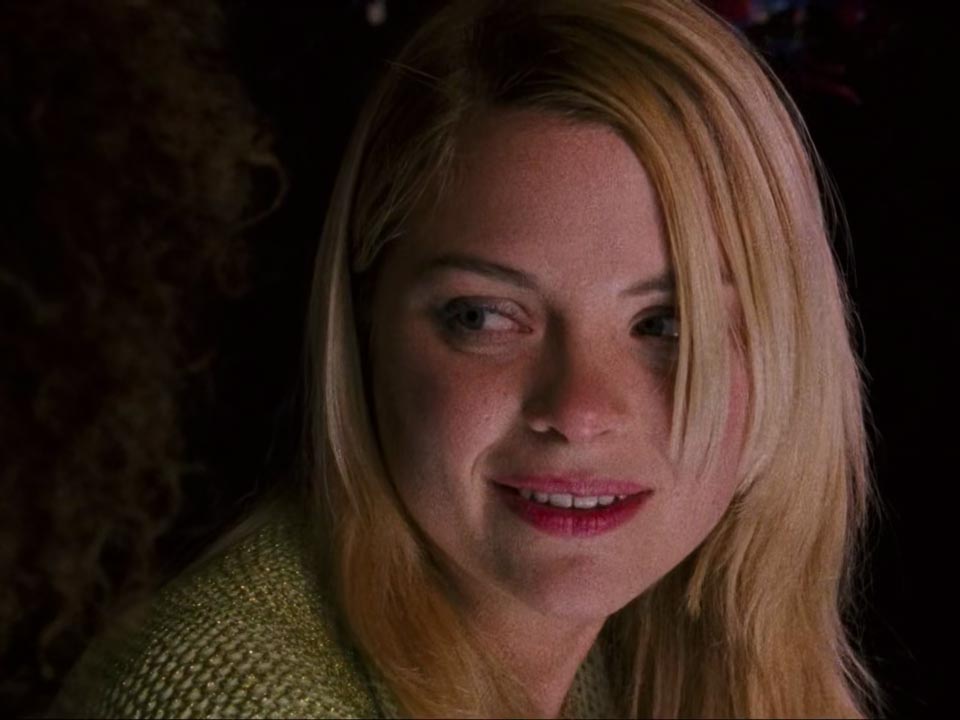 The rest of the movie is average and surprisingly consists of a couple of familiar names that are more high profile than the average low budget movie has. Thomas Jane, Courteney Cox and director David Arquette pop up, but the latter two only in small roles. Among the group of hippies we follow Lukas Haas, Jason Mewes and Jaime King and a couple of others. Jaime is the quintessential final girl: blond, single (well here at least) and having some sort of a traumatizing experience, in this case a bad trip. They are all in the middle of redneck country where a Hippie festival takes place. This is the most unrealistic part of the movie as the hippie festival is in the middle of the woods and there’s only one stage/tent or so it seems. It looked like if there was only one band performing as well. This is what makes the lack of budget painfully clear. Fortunately the budget was apparently high enough to have some walk around the screen although there are plenty of people who will do that for free.

While having a clever gimmick The Tripper does not live up to its expectations. The pace is lacking, the script doesn’t even try to be smart (apart from the political references), the kills are not very creative and Ronnie isn’t used properly.