Somehow this movie has never made it to DVD. I don’t know why. Certainly crappier movies have been released to DVD. Hell, the entire IMDB Bottom #100 is without a doubt available for the general public to put in their DVD-players. Not so with this movie, so I had to watch an old VHS-rip. Good thing is that watching it this way really captures the essence of the 90s when practically every action movie was a rip-off of Die Hard. 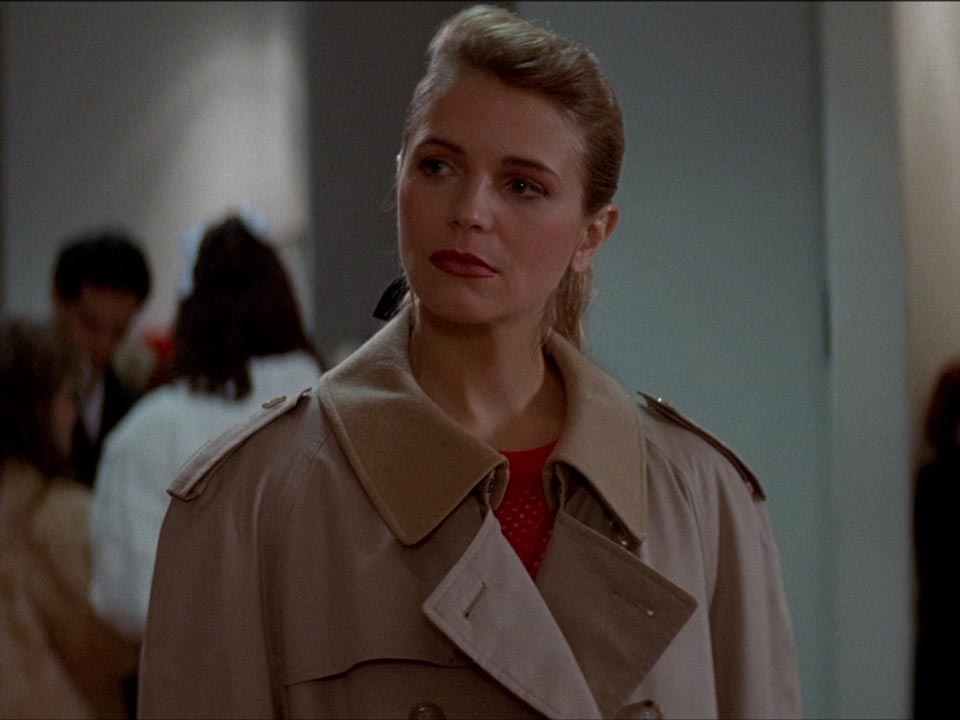 And such is the case here, and it’s pretty blatantly done I must say. Switch Nakatomi Plaza for Beverly Hills and you’re there. Here Bruce Willis has been replaced by Ken Wahl as the strangely named Boomer. He’s an inhabitant of Beverly Hills, a cocky injured football player and the one who gets overlooked by the bad guys and starts his one man guerilla against the bad guys. Well if he didn’t have a side-kick that was, the somewhat goofy Beverly Hills Cop Ed Kelvin is helping him even though he was one of the bad guys who told him he would get rich quick and that nobody would be killed. They always seem to be not able to be keep up that end of the bargain.

I love the way how movies communicate things. The plot the bad guys have thought up is to trash a truck carrying (fake) toxic chemicals and crash it in the center of Beverly Hills so that all the homes have to be evacuated and thieves have free access to the homes and banks. To communicate the contents of the truck they didn’t use a company name that clearly defines the contents of the truck’s trailer, Axis Chemicals from Batman comes to mind immediately, nor did they use symbols of any kind. They just have the tank say “Toxic Chemicals”. You can’t get any clearer than that.

On paper this is a pretty neat plot, but the end result has too much unintentional comedic moments so it was hard for me to take the movie as serious as it does himself. Boomer, I can’t get over that name and I wonder if the “I thought she was talking about her dog” joke was really the only reason to give Wahl’s character that name, well Boomer is a football player, so the movies goes to great lengths to have him throw things. Despite being a muscular football player he rarely goes into one on one combat, he rather throws things; Molotov Cocktails, ninja throwing stars, stones, you name it. And he does this while he’s in possession of an automatic weapon. I can shoot you, but I would rather throw this rock at you because that is what my talent is.

And I lost track of what they’re doing. One minute they’re trying to leave, the other they are trying to stop the criminals who are actually only stealing stuff that is insured. Don’t put your life on the line for the insurance company just because you can throw things. The insurance company won’t do the same for you. Why not hide out in a house until the armed men leave? Because then you won’t have a movie of course.

The Taking Of Beverly Hills could also be called “Lots of car chases in Beverly Hills” because there are more incoherent car chases than there is an actual plot going on. I looked up the director of the movie, Sidney J. Furie, and glanced at his resume. This is great stuff because this guy is responsible for classics like Superman IV: The Quest for Peace, multiple Iron Eagle movies and even recent schlock like another Die Hard rip called Detention starring everybody’s favorite Rocky Villain Dolph Lundgren. With a decent script and a capable director this could have been one great movie. Now it’s just mediocre.

But that doesn’t mean it doesn’t deserve a DVD or Blu-ray pressing. This movie should be out there or at least on TV more, because it, well it comes across as a guilty pleasure. Just look at the mullet Wahl is sporting, it should get its own movie.

The Taking Of Beverly Hills