It’s hard to imagine there was a time when Marvel movies were not making billions of dollars at the global box-office. Almost every movie they release nowadays seems to go past the billion dollar mark. Even the movies that don’t tend to make pretty nice profits. Movies based on marvel characters have been massively successful for 21 years now. Ever since the first Blade movie was released in 1998. Before that, it was quite the opposite. You would have to look really hard to find a good Marvel movie. Up until 1997 I always found 1989’s The Punisher to be the best Marvel movie. And that is saying something about the rest. 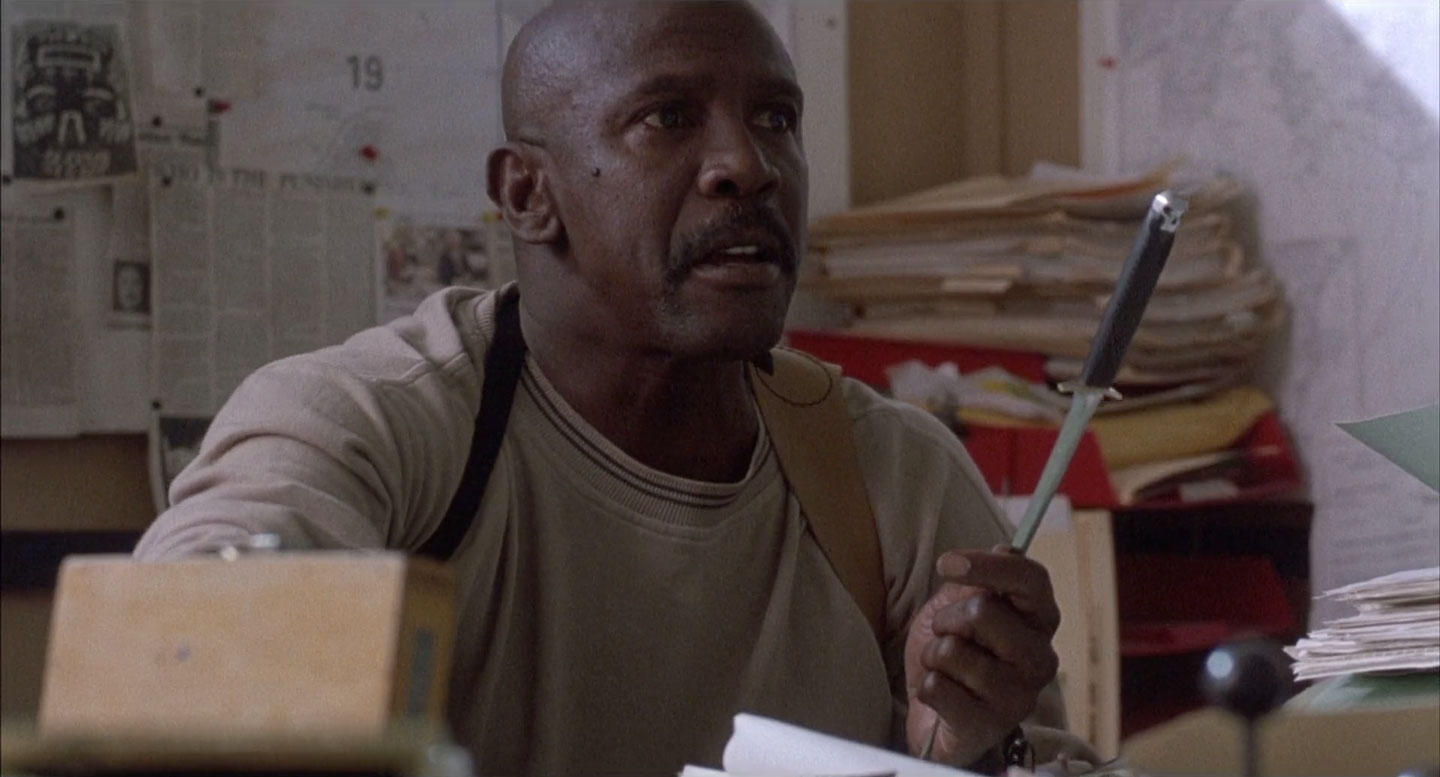 Having recently seen the biggest blockbuster on the planet, Avengers: Endgame, I thought it would be fun to return to the humble roots of Marvel movies. Back to Dolph Lundgren’s take on Frank Castle as The Punisher.

By now there have been three theatrical movies and a two-season TV-show about The Punisher. Not so strange considering this is probably one of Marvel’s most grounded characters. Frank Castle is a normal human being. He has no super powers or a hi-tech suit of armor. With his revenge driven persona he has always been a fairly one note character. His most notable trait was that he killed his opponents. Something other Marvel characters never did. He put himself above the law as judge, jury and executioner. 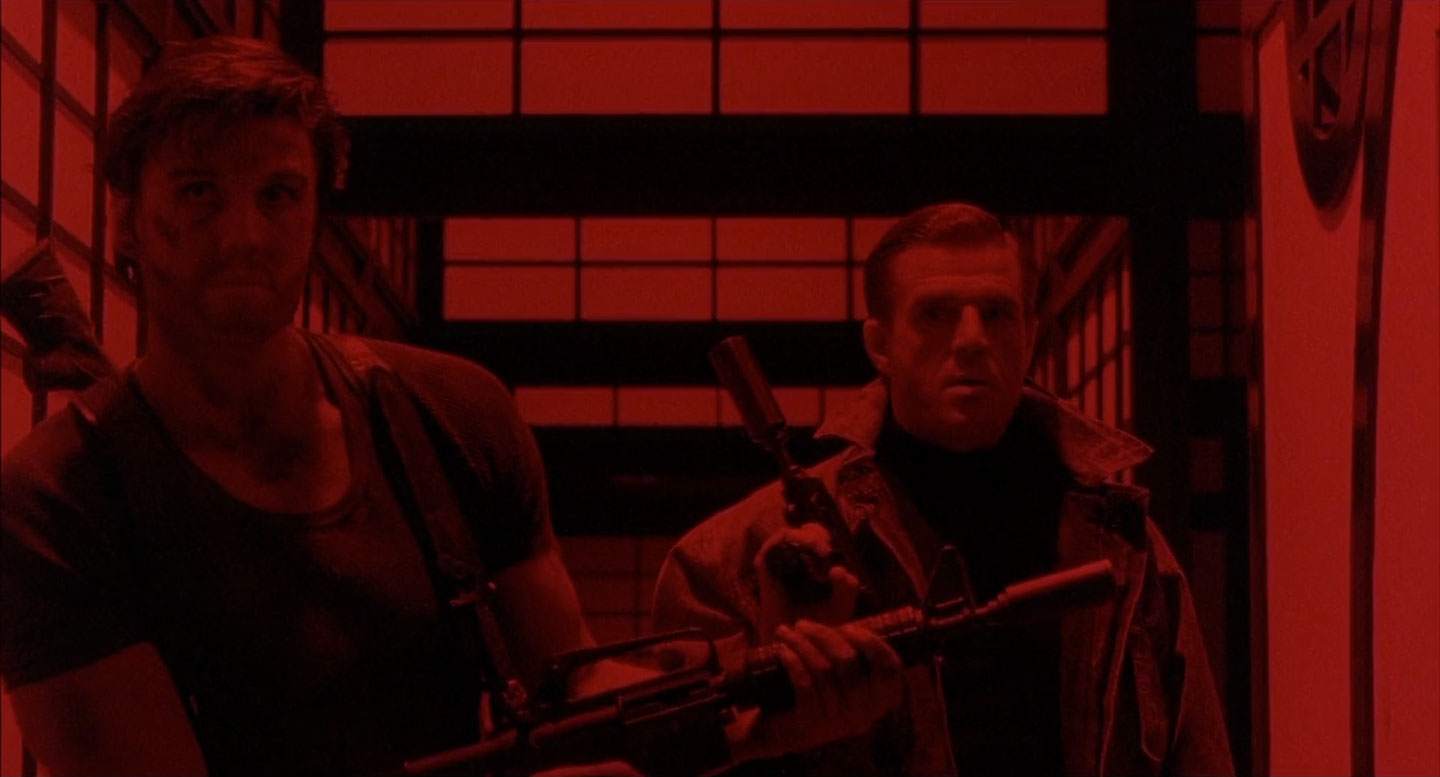 His background story is one we have seen in so many movies over the years. Castle’s loved ones were murdered by the mafia by a car bomb meant for him. Presumed dead, Castle exacts his revenge as a leather clad biker taking out all the organized crime families one by one until none is left. In the opening scene he is presented as somewhat of an urban legend by the media. Similar to how Batman was treated in the 1989 movie.

Castle has done so much damage to the local mafia that a new threat comes into town: the Yakuza. The Japanese version of the mafia goes to war with the crippled crime families and tries to take over their territory. One of tactics is kidnapping the children of all the crime bosses. Feeling indirectly responsible Castle finds himself in the midst of this war as he tries to rescue the kids and prevent the Yakuza from taking over organized crime. 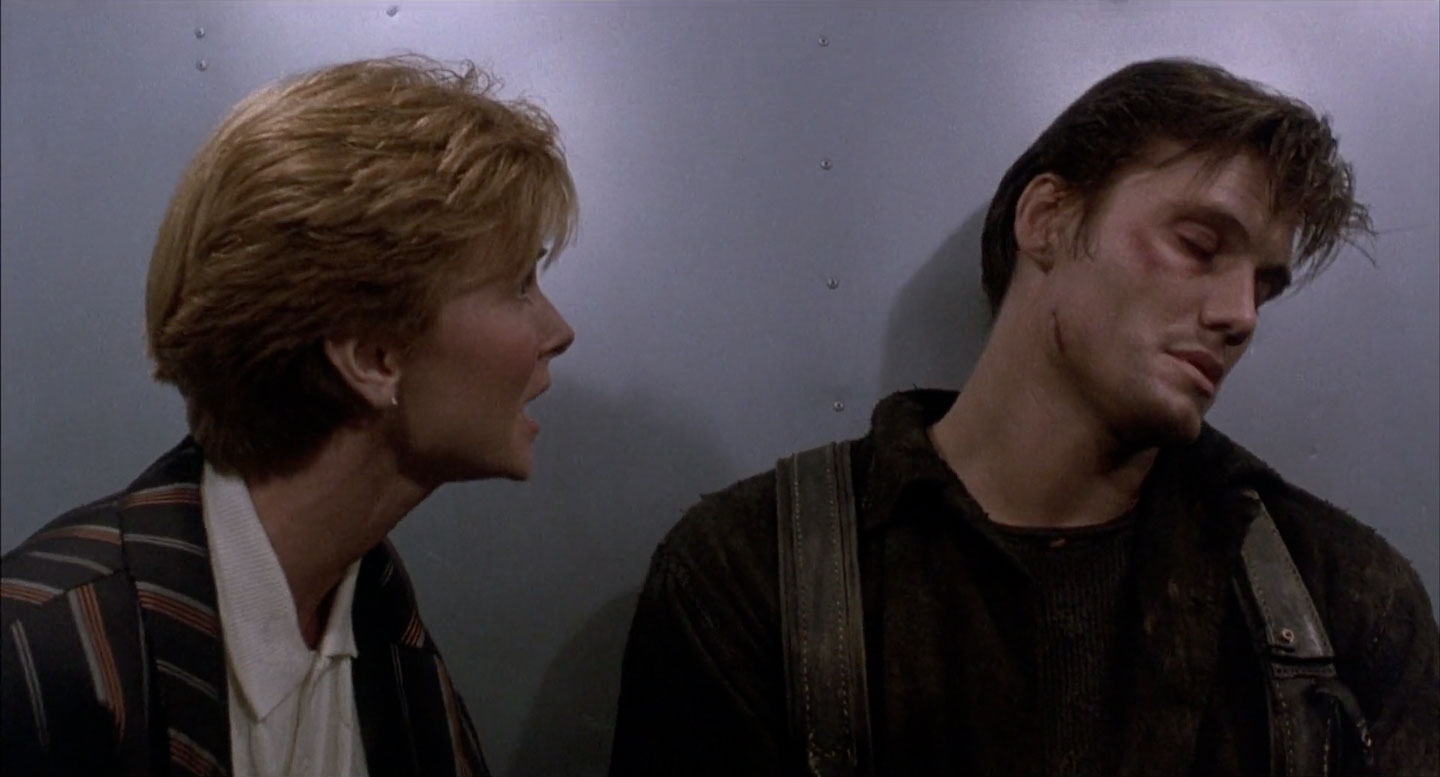 After thirty years 1989’s The Punisher is no longer the best Marvel movie anymore. Heck, it isn’t even the best Punisher adaptation anymore. It’s obvious a product of its time. A time when comic book movies were hardly successful. Unless it was a Batman movie. Almost all of the comic book aspects of the Punisher have been stripped away. The result makes The Punisher just a generic action movie. But an entertaining one at that.

As Frank Castle, the monosyllabic Dolph Lundgren keeps his dialogue to a mere minimum. Often relying on snarky one-liners to convey his vision on a particular situation. When asked by his old colleague about what he calls 125 murders in 5 years he simply replies with “work in progress”. Any time Lundgren responds to someone it’s in as few words as possible. At one point Frank is even urged to say something by mob boss Gianni Franco. His reply: fuck you.

Besides two monologues about punishing the guilty, all of his dialogue is like that.

As an 80s action movie The Punisher is a rather straightforward, but entertaining movie. It contains a lot of violence, a high body count and gratuitous shots of Lundgren’s bare ass. Comic book aficionados expecting a one-on-one transition from the comics to the big screen will be disappointed. The famous skull on his chest is absent as are familiar comic book villains like Jigsaw.

Thirty years after its release The Punisher is still a decent action movie. But in terms of comic book movies it has been surpassed a long time ago.