If it wasn’t for Quentin Tarantino this would just be a long forgotten movie nobody would care about, but since his World War 2 Epic is named after this movie with a small change in spelling (Inglourious Basterds) this movie is again everywhere. It’s on DVD (single and 3-disc version) in some cases with art work that resembles the poster art from Tarantino’s film (That always happens, I remember a re-release of the original The Hills Have Eyes movie on DVD with artwork that looks very much like the artwork of the remake) and it’s even on TV for the first time since dinosaurs roamed the Earth or something like that. So the day before Tarantino’s version was released I decided to watch this movie on TV and see what kind of a crap-fest this would turn out as it is an obscure war-movie from the 70’s made in Italy and starring Bo Svenson and Fred Williamson.

Turns out it’s not quite a crap-fest at all. Sure The Inglorious Bastards hasn’t become a classic but for some unknown Italian movie from the 70s this movie is a pretty high-budget-looking war movie with a well written plot. My expectation were far lower than that and therefor I was pleasantly surprised.
For those watching this movie to compare it to the Tarantino film can stop doing that; other than the title, the World War 2 setting and a platoon of soldiers behind enemy lines there’s nothing similar between these two films.

Inglorious Bastards is about a group of American soldiers who are being shipped off to military prison for a variety of infractions, ranging from desertion to murder. During the transport a German plane attacks the convoy which enables five of these prisoners to escape. This group decides to travel to the neutral Switzerland but end up with the French partisans and eventually become the volunteering crew that has to steal the new prototype gyroscope for the Nazi V2 from a moving train.

The movie’s main stars are Bo Svenson and Fred Williamson as the two most prominent bastards. Functioning as comic relief and doing a good job at it is Michael Pergolani as Nick. All the Bastards have a certain cliche rol to them; A leader, a black guy, a racist, a scared guy and a comic relief. The movie does not try to do something new, and I’m pretty sure that doing something new was really the intention of a movie like this. Compare it to Shark Attack 3 or something like that and try to criticize it by saying that it’s just a movie about sharks eating people and that it doesn’t try to do something new. 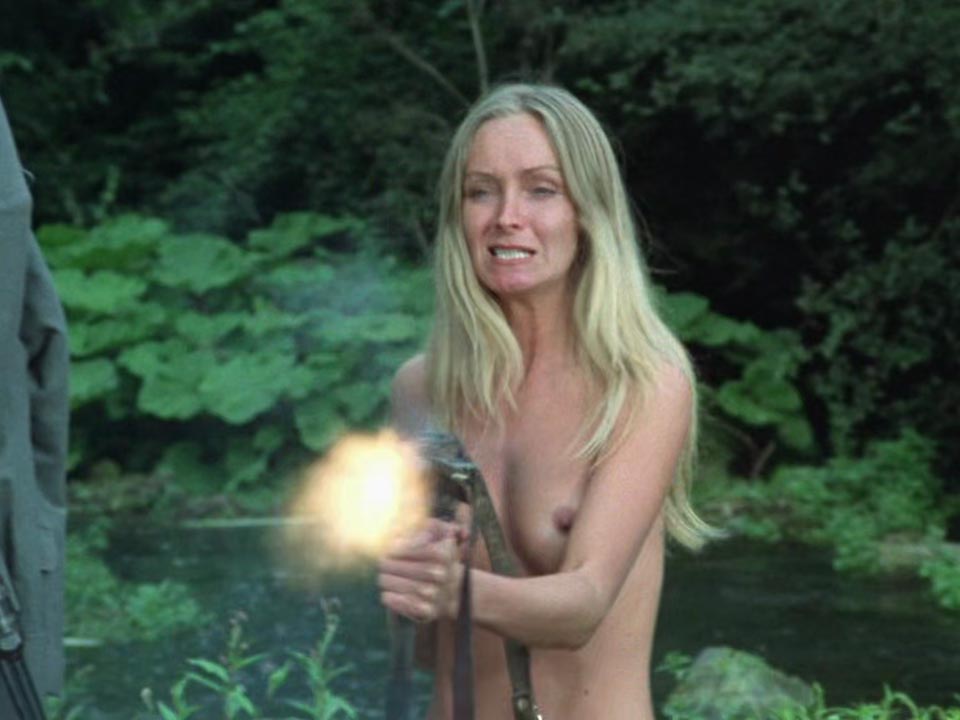 But even though it brought nothing new to the table it surprised me. This movie is an entertaining piece that with clever editing, matte paintings and miniature models really feel grand scale. Much more than I expected it to be. It also stays true to the origins of the characters by letting them all speak in their native tongue. What is obvious and at some points annoying is that the movie has been redubbed afterwards and not always that good. At some points the movie does venture of in that territory of exploitation that the 70’s were so well-known for. One instance is when the bastards just so happen to stumble upon a group of athletically built female Nazi’s who’re bathing in the nude in a river. Fun scene, but so gratuitous too.

Another thing I liked about the movie was that even the stars all did their own stunts. At one point we see Fred Williamson jump onto a moving train from a bridge overpass and we see his face constantly so this is the real deal. That kind of authenticity (probably due to a lack of budget) really gives a nmovie like this an extra edge and helps sell less convincing scenes, like some explosions at the end of the movie which are clearly performed on miniatures.

So the movie turns out to be a better film than I thought it would be. I satisfied me even if it had its short-comings and it really deserves a better status than it has currently. Maybe it will get its chance now with all the publicity surrounding Tarantino’s “version”.