The marketing department of the movie studio that distributed The Imaginarium Of Doctor Parnassus should be fired. I just looked at the box office of this movie at the IMDB and it never even got close of making its $ 30 million dollar budget back. And to be quite frankly, that doesn’t surprise me to say the least. Troubled by the death of its star during filming and in the possession of an unattractive title as well as having maverick director Terry Gilliam behind the camera The Imaginarium Of Doctor Parnassus has this whole art-house feeling about it. And while it never has any blockbuster potential like Transformers does it isn’t the art-house drama one might think it is.

In the movie the title subject Imaginarium Of Doctor Parnassus is a sideshow going from town to town displaying Doctor Parnassus faking that he floats by obviously sitting on a transparent plastic cube. Together with his crew they try to earn money by having people go through a magic mirror which transports them into their own imagination. Looking as crappy as they do they are rather the subject of mockery than a good running business drawing in crowds. Interesting how this reflects on the movie itself as no one around me wanted to see this movie with just based on the title alone. Not even a small synopsis helped.
Life imitating art, or the other way around?

It saddens me because The Imaginarium Of Doctor Parnassus is not the difficult art-house movie one expect might it to be. There are a lot of abstract images around when people are in the Imaginarium, but most of they are very beautiful, pretty funny as well as very imaginative (pun intended).
On a story level it’s a more basic tale as possible by Gilliam. The good old Doctor (Christopher Plummer) has been around for more than a thousand years due to a deal with the Devil (Tom Waits). The Devil likes to toy with Parnassus by keeping on betting with him which He always wins by turning the tables in His favor. The downside to Paranassus’ granted immortality is that his daughter Valentine (Lily Cole) will belong to the Devil the day she turns 16. Considering the fact that the Devil has been around since the beginning that is quite an difference in age between the two. I’m not sure if it’s appropriate. 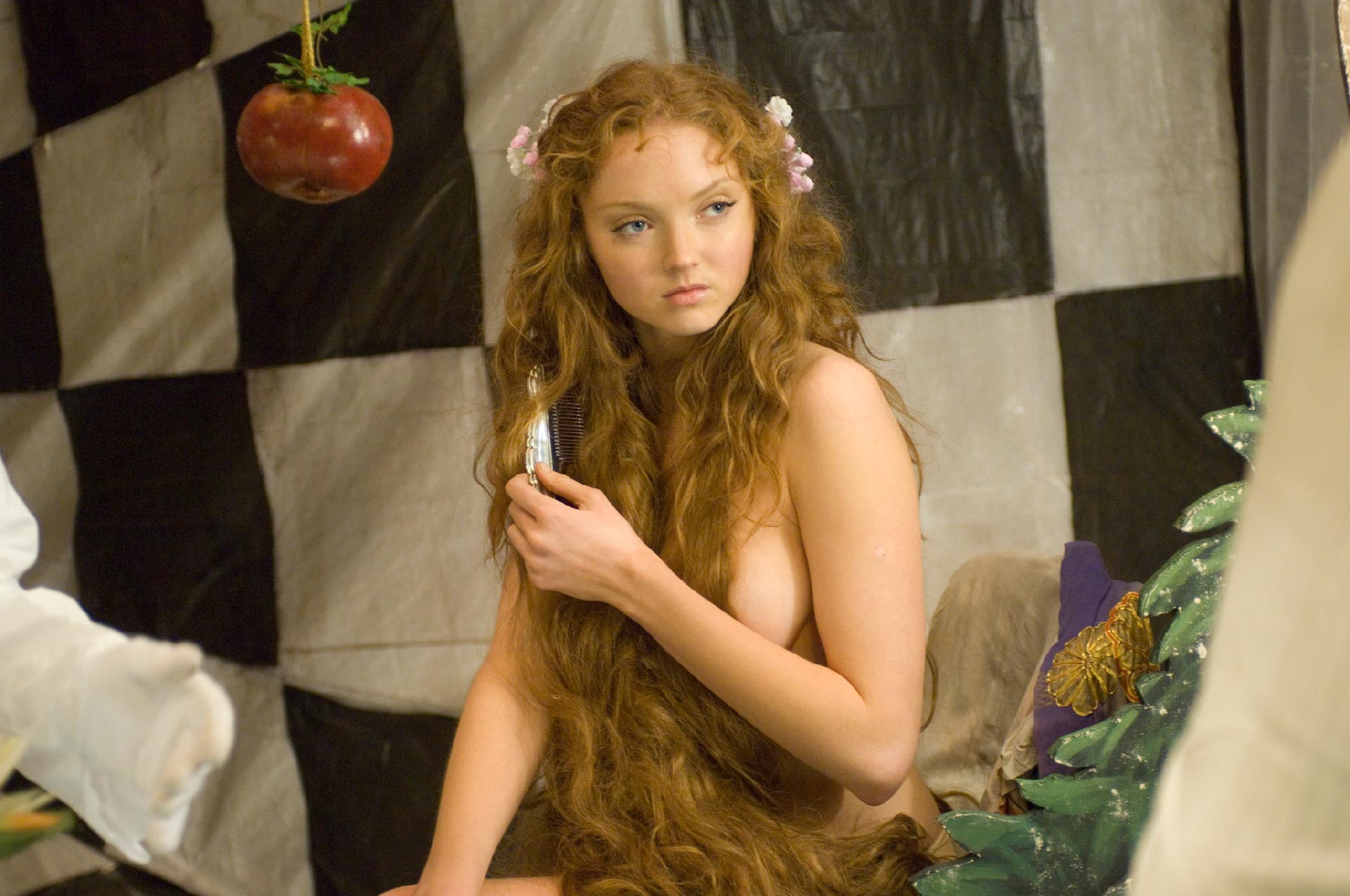 But in comes Tony (Heath Ledger). A shady character who might or might not be sent by the Devil. Found hanging from a bridge the crew of the Imaginarium saves his life and takes him with them In return he uses his charisma to start drawing paying customers to the show which at one point starts to become successful. The suave Tony also seduces Valentine infuriating Anton (Andrew Garfield) who has had a long-time crush on her.

Despite the premature death of one of the most prominent cast members the movie never feels as if the there are bits and pieces missing. All the scenes outside the Imaginarium with Tony were filmed, the scenes with Tony in the Imaginarium are played by Hollywood heavyweights Johnny Depp, Jude Law and Colin Farrel. The change of face has a clever explanation supported by a couple of other characters who experience the same and actually give extra depth to the Imaginarium. Unfortunately the movie does feel too long, especially in the beginning as it takes at least a half an hour to find Tony, the character who sets things in motion. The movie also has a somewhat of an identity crisis: too light for the art-house crowd, too strange for the multiplex crowd. This is a small scale film, with a big budget and if it was not for the CG-scenes of the Imaginarium, which made reminded me of Gilliams classic Fear & Loathing In Las Vegas, the movie could have probably made for a fraction of the budget.

Overall I thought it to be a somewhat uneven movie. Not great, but not a disaster also. It has its moments, and some great eye candy in the form of the Imaginarium scenes as well as actress Lily Cole. It won’t please everybody, but it is worth a look.

The Imaginarium Of Doctor Parnassus