Last week I did a review of Under Siege and while doing some background checking on that film I came across the filmography of Erika Eleniak. One of the titles that grabbed my attention was “The Blob”, a horror movie from the 80’s. It’s one of those movies who’s videocover I thought was impressive when I was young but nevertheless I never rented it. I was more busy renting franchise flicks like all The Elm Streets and certain Blockbusters. It’s also one of those movies that isn’t shown on TV that much. Or I must have missed it somehow all these years. Well, due to the presence of Ms. Eleniak my curious bone was tickled and thus I snagged it from the Internets and at last gave it a long overdue viewing.

The Blob has this really overused plot which has been done since the 50’s and even in this millennium with movies like Slither; Asteroid crashes on Earth, brings a host, kills population of a small town. That last thing is important, it’s always a small town, mostly in a remote area. Probably for budgetary reasons.

The host this time are no Critters but rather a piece of pink snot which looks like the slime in Ghostbusters 2, and has acid-like abilities. Handy for digestion, because like all monstrous creatures from outer space “we are what they eat”. Which only makes partially sense because what do these things eat in their own environment? They always fail to mention that. Doesn’t matter though.

OK, so the environment and creature have been established. Now it’s time for it’s potential meal. We have the bad guy of the town, the rebel punk teen in the form of Brian Flagg (Kevin Dillon) who is as 80’s as the 80’s get and that includes big giant 80’s hair. His female interest in this movie is Meg Penny, played by Shawnee Smith: Amanda from the Saw films. She dates a guy called Paul Taylor who gets eaten quite graphically by The Blob. There’s basically all your standard small-town folk: the sherif and his deputy who seem to be working 24/7/365, some teens, a couple small kids, the female owner of a diner, the reverend and some hospital folk.
What surprises me is that the movie plays around with who would become snot-food and who wouldn’t. Of course the kids are safe and so is our female lead, but I did expect another guy to be the male lead in the end. There are a couple of more surprises like that in the movie. 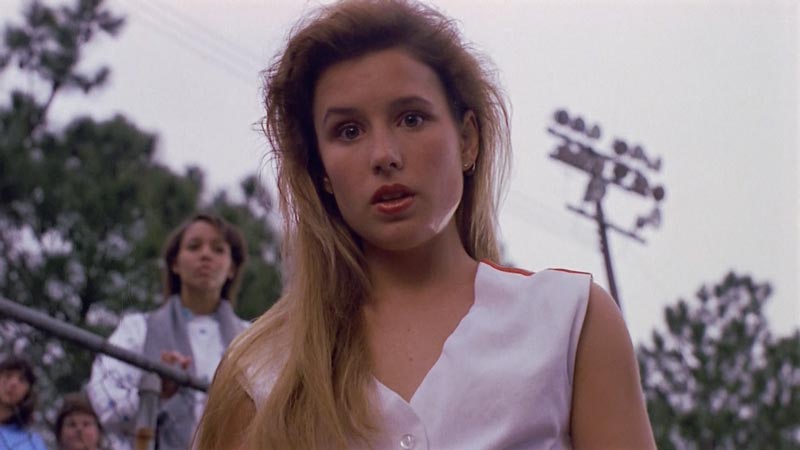 This movie breathes the 80’s. The clothing, the fashion style, even the cinematography is as 80’s as can get. It makes for a nostalgic ride and makes you instantly forgiving of some of the more obvious effects work, because that looks dated in some cases I must say. Now I must add that somehow I really like the old-school craftsmanship more than all the cheap CGI-work that is so overused nowadays.

The movie is fun and high-paced and there is a lot of red stuff for all you gore hounds out there. You’ll be getting half melted bodies, severed limbs and people being pulled in to a sink. Good clean fun as you can imagine. Nudity-wise, always a factor in this genre, it’s kinda tame. Not even future Miss July 1989 Erika Eleniak shows anything. Missed opportunity! The acting is just so-so. Shawnee Smith it pretty bad and Brian Flagg a tad bland. Direction-wise there are some interesting moments. I especially liked the movie theater sequence with all of of it’s flashes. Not a movie intended for epileptic people. The movie also is very humorous especially in the beginning giving us some fun with condoms and some spoofing of Friday The 13th and The Texas Chainsaw Massacre. It’s kind of a mixed bunch actually, but it works and that’s what’s important. 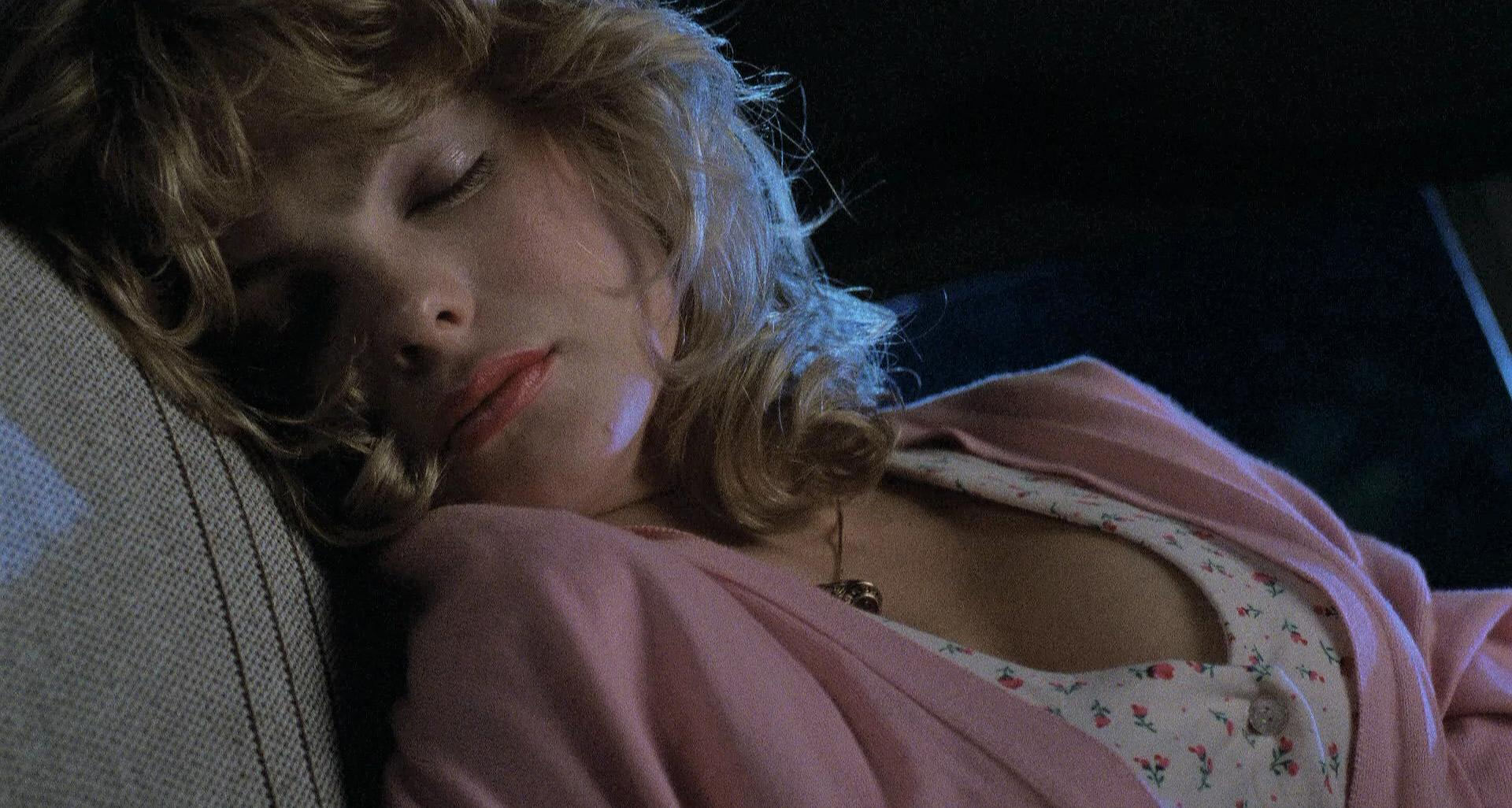 Now I was a little bit disappointed by miss Eleniak. She just has one scene with merely a few lines, is barely visible (it’s set in a car at night), shows no skin and is onscreen for a minute, maybe 2. And she sports some 80’s hairdo. That was kind of a letdown considering her appearance in the movie was what drew my attention in the first place. Oh well, can’t have ’em all and if I just want to see more of her I’ll just pop in a DVD of Baywatch or one of her many many blockbuster movies. That would be Under Siege I guess.

Watch the Blob, for some fun 80’s horror, not for Erika Eleniak.