Another day, another “women in prison” flick. After watching Big Doll House and Women in Cages it’s now time for The Big Bird Cage. It’s a movie by Jack Hill starring Pam Grier and Sid Haig. Together they have made yet another exploitation movie about imprisoned women. The so-called “chicks in chains”. Or as the tagline on the poster states: “Women so hot with desire they melt the chains that enslave them!”.

Which is funny since almost none of the women is ever in chains. But who cares? This time around things are a little different. Less soaping in the bathroom and more plot. Something I did not see coming.

For once this type of movie contains a little bit more than just the standard plot these imprisoned women movies usually have: 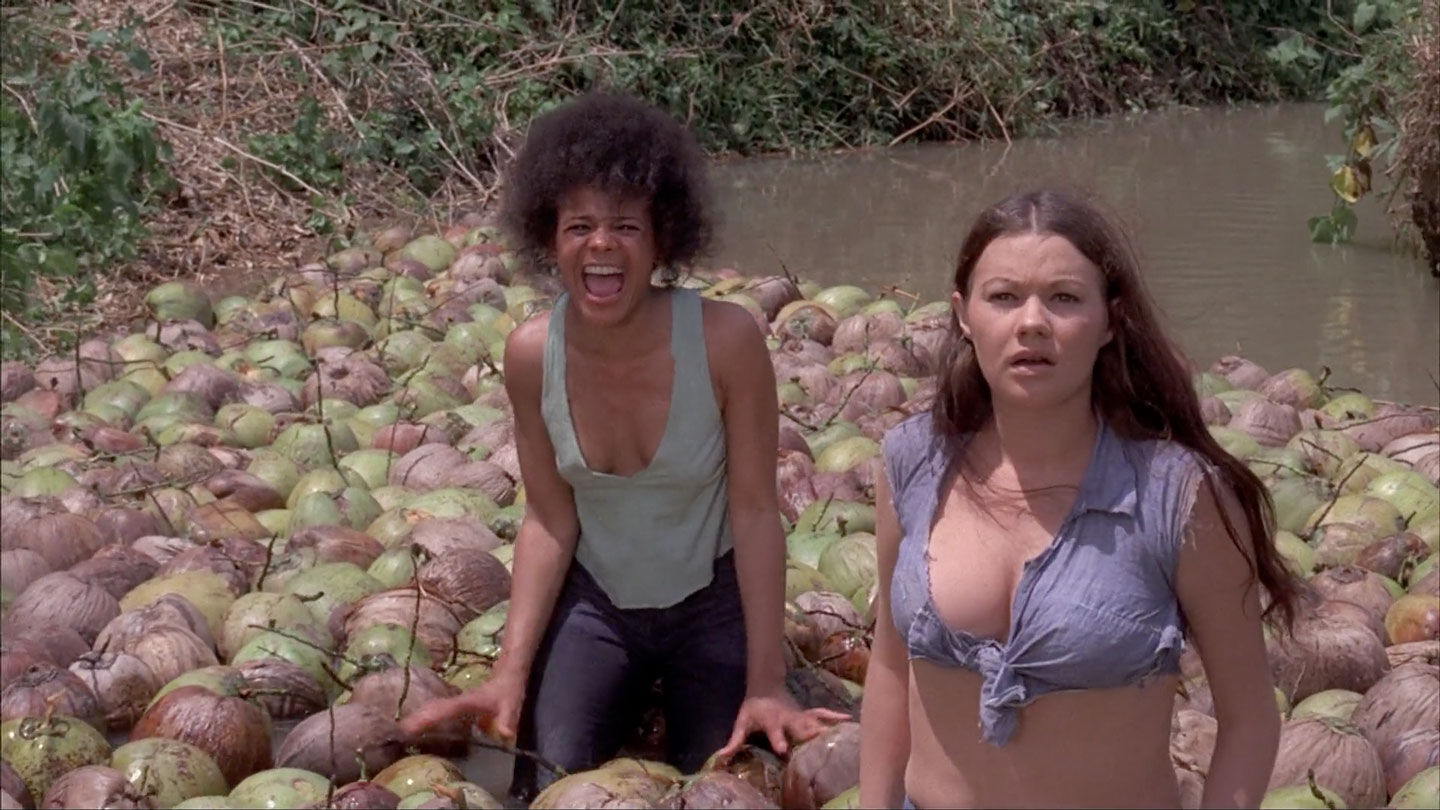 The Big Bird Cage does have a storyline like this with the character of Terry (Anitra Ford). She is arrested and sent to prison because she’s believed to belong to a group of revolutionists. Which isn’t the case of course.

These revolutionists are led by Django (Sid Haig) and Blossom (Pam Grier). They come up with a plan to expand their group by taking over the female prison nearby. These women can then join their group and supply the group with children. So Blossom receives the honor of going to prison on purpose and set things in motion from there.

So for once we get two plot-lines for the price of one in a genre movie like this. 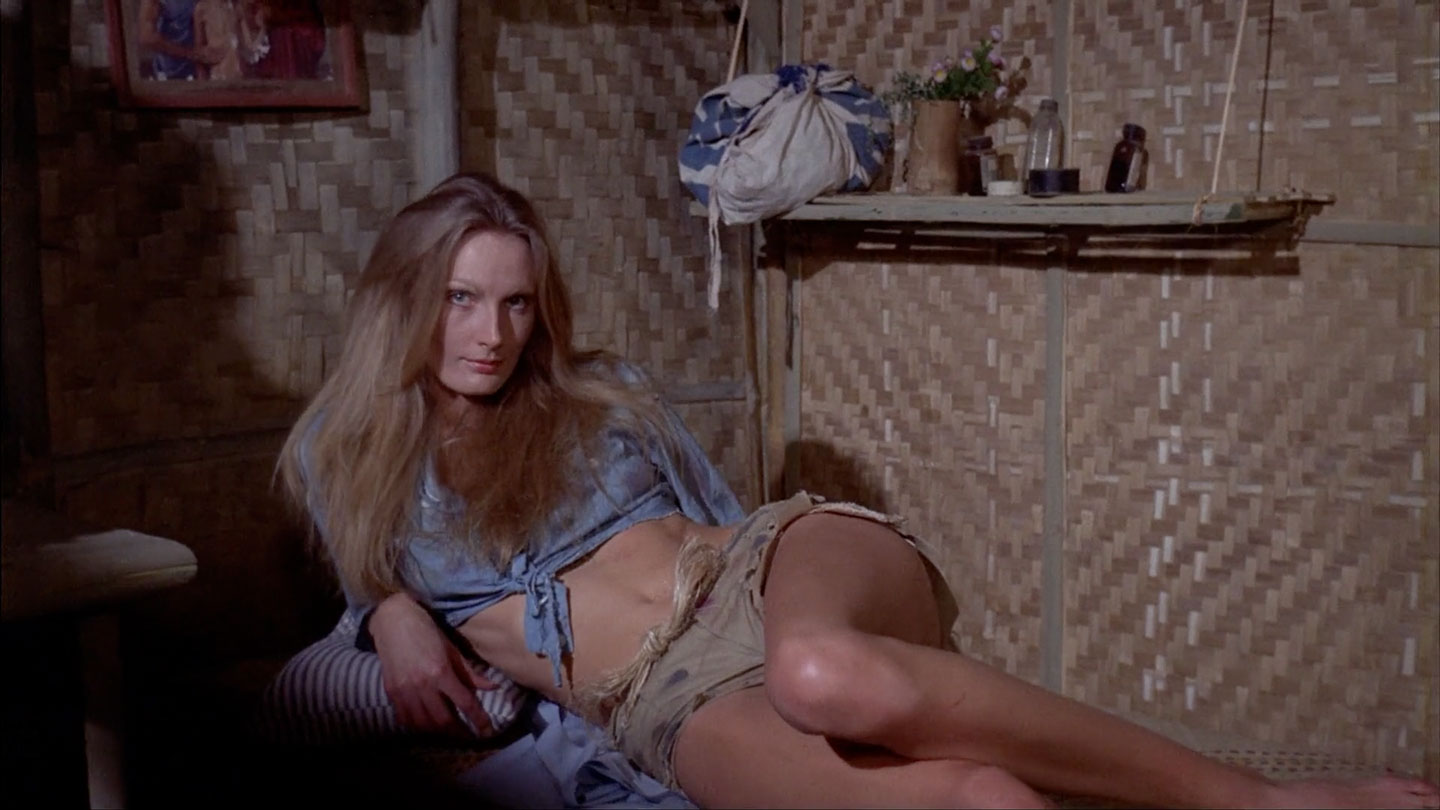 The Big Bird Cage is better than most movies which belong to this genre. The movie is full of original and memorable characters. No sadistic wardens with secret torture chambers to name one cliché.

But that doesn’t mean the girls get off easy. There is one nasty scene in particular. In this scene one of the girls who tried to escape, is hung by her hair. She survives, but damn that’s got to hurt. 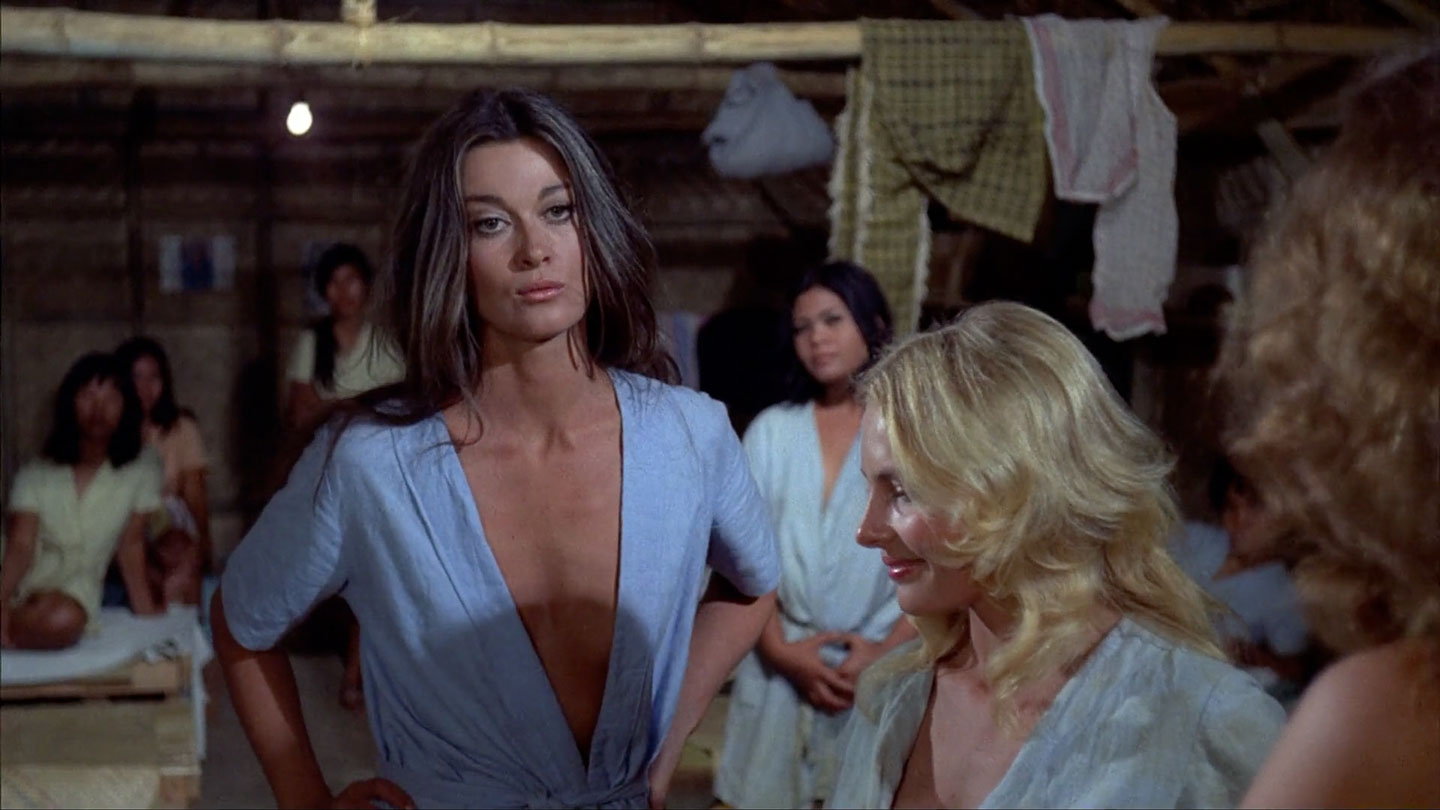 Now what also makes The Big Bird Cage rise above the competition is the humor in the characters. This movie was more busy to simply entertain us than it was trying to do justice to the term exploitation. The movie has some funny dialogue and Sid Haig is absolutely hilarious every minute he graces the screen. He shining moment comes when he’s impersonating a gay man to fool the guards. He had me in stitches the entire time. Comedic gold.

Funny thing: a male cast-member is the best thing in a women-to-prison film. But that makes sense since the entire female cast consists of models. They’re here to look good, nothing more. Even Pam Grier is still a diamond in the rough. And she would still be in movies like Coffy and Foxy Brown. 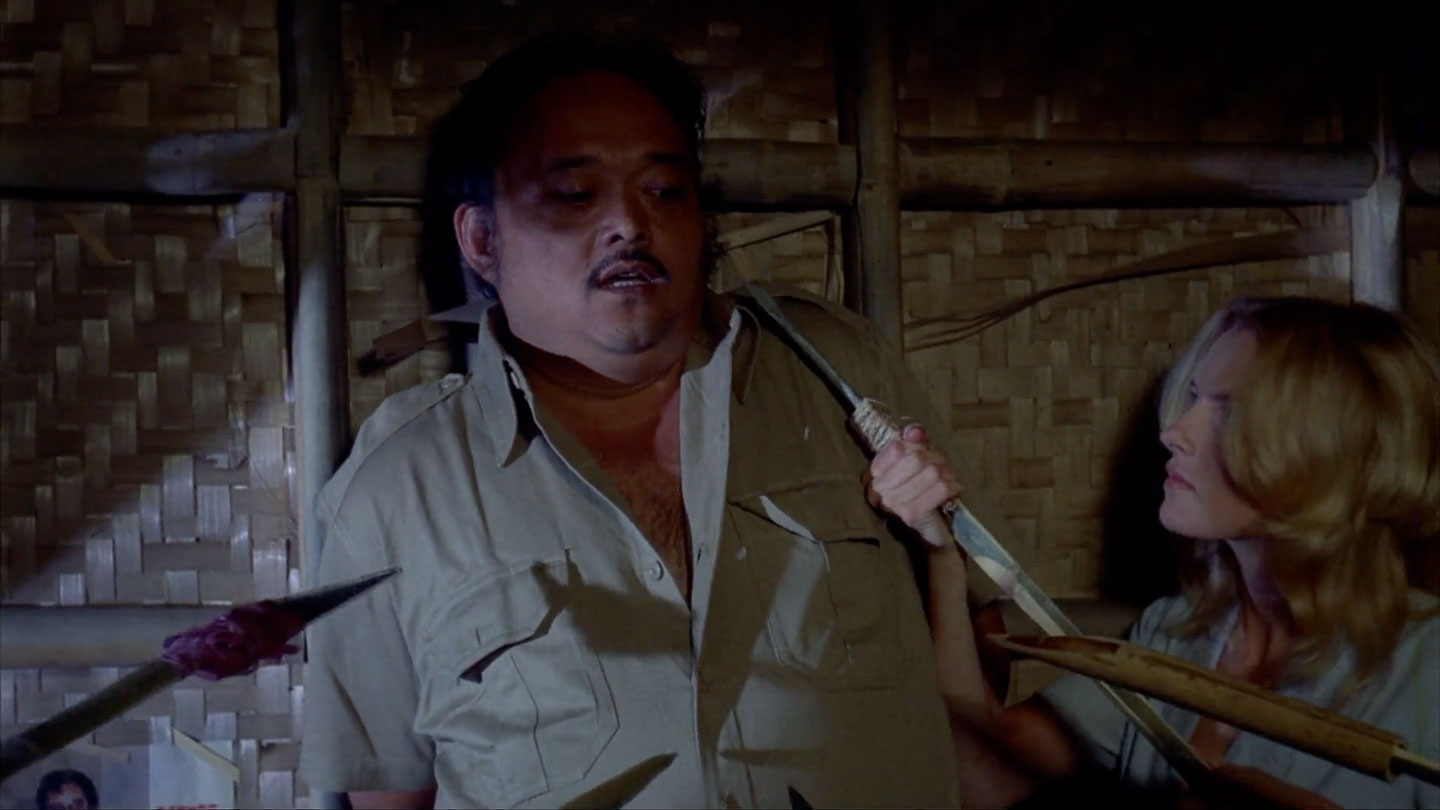 One recurring factor in this genre is nudity. These movies were a simple excuse to let men watch a movie full of beautiful women getting naked and fight each other. Like in Big Doll House Jack Hill isn’t interested in just nudity for the sake of nudity. Sure, there are lots of breasts on display here. But the movie does not contain anything really gratuitous like minute long shower scenes. With two plot-lines the movie doesn’t need those scenes even though the average men does appreciate them.

There is one scene I didn’t really like: a tall inmate has an ongoing beef with another inmate. She strips down naked and covers herself in chicken fat. But this girl, who is a model even, has really freaky saggy tits. If you can even call them tits. On the Blu-Ray release the top and bottom of the screen have been cropped for a widescreen experience. It conveniently also crops the scene in containing these boobs. 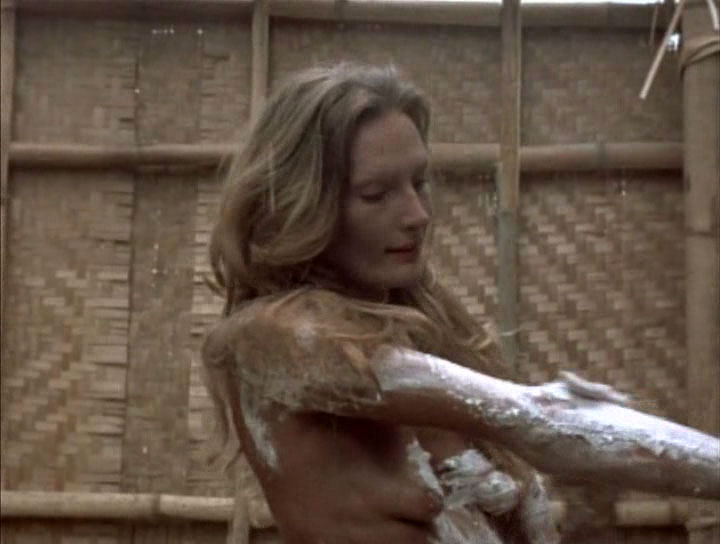 What has been seen, can not be unseen.

There are tons of women in this movie with better looking breasts than hers, and they don’t even get naked. Not even Pam who has no problem taking her top off. This is probably the one early 70’s movie in which Pam didn’t show her goods. She sports a lot of cleavage, but she doesn’t give us the boobs.

Like all of these movies the tight budget makes things on occasion (unintentionally) hilarious. There’s quite an impressive scene at the end where all sorts of cabins go up in fire which actually looks professionally done. Then comes a shot of a burning piece of wood falling on the warden. They probably had not idea how to shoot this so they solved this in a very funny way. 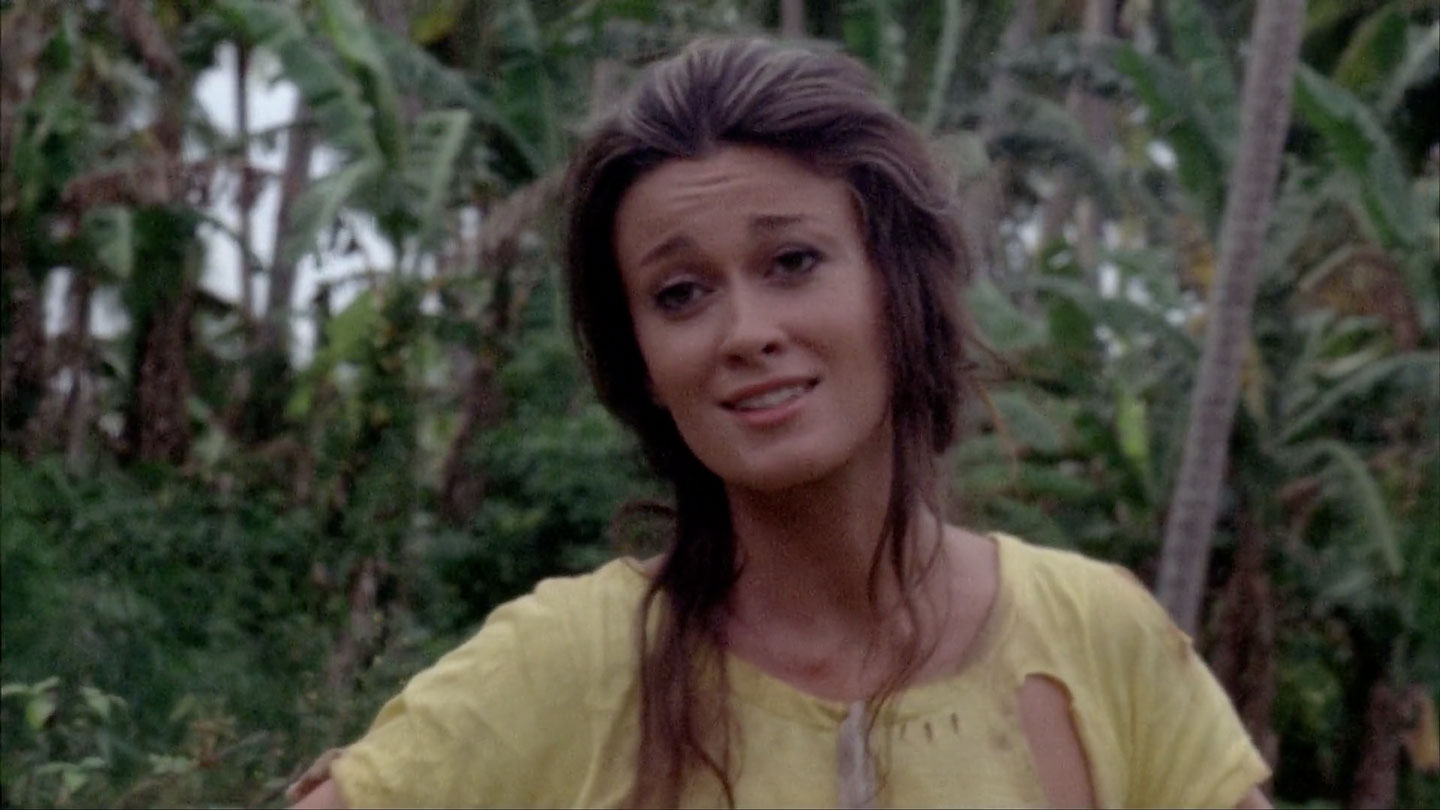 The finale is very schizophrenic whether it’s day or night. The sequence cuts between scenes about the prison ground and scenes in the jungle. One clearly takes place at night the other at dawn. It’s stuff like that that are part of the charm. I also like the two gay guard characters. It might sound strange, but of of the highlights of the movie is Carla (Candice Roman) raping one of these guards. A woman who was longing for dick the entire movie. When the guard screams inmate Jones (Teda Bracci) lifts her skirt and sits on his face. Remember, this is 1972 and shaving wasn’t a trend yet. So they really tortured that guard.

The Big Bird Cage is a movie nobody will remember one day. Like most sleazy movies released decades ago. It’s partially justified as this remains a trashy movie, no matter how funny it is. My guess is that would this not have been a Grier-Hill collaboration it would’ve probably been forgotten already.