Well here we have an intriguing concept; A babysitter starts getting romantically entangled with the father of the kids but instead of just fucking him she starts up her own escort service consisting of fellow underage students acting as babysitters. From student to pimp. It pays better than working at McDonalds, I can assure you that!

The babysitter in question is Shirley Lyner (Katherine Waterston). Still a virgin and secretly attracted to said father Michael Beltran (John Leguizamo) who is unhappily married to his wife Gail (Cynthia Nixon) and has a passion for trains. One night he’s pissed off at his wife and takes her home after a babysitting job. He decides to show her a train lot and before you know it they shared a kiss. Filled with guilt he gives her $ 200,-. of course there’s always a next time (Just ask Dr. Claw, he always would get Gadget the next time!) and before you know it she gets her cherry popped by Michael and is again rewarded with $ 200,-.

Now this girl is kinda smart, as she sees a moneymaking opportunity here and starts her own call-girl service, but not smart enough to realize she could have auctioned off her virginity and made shit-loads of money instead of a measly $ 200,-. OK, so that would’ve drawn attention and since she’s a minor it’s all of the QT and very hush hush… Michael is so excited about is little fling with the babysitter he tells a friend who gets so excited just by the sheer mention of the affair he also wants a “babysitter”. From this moment on Heidi Fleisch Jr. is starting a lucrative business.

She charters a bunch of girls from her high school, takes a 20% cut of their earnings, gets business-cards and has a whole schedule on her MacBook. At first everything is going really well and all the girls really have no problem fucking old fat bald guys for money. Luckily for the moralists out there, this line of work comes at a higher price than anyone bargained for. 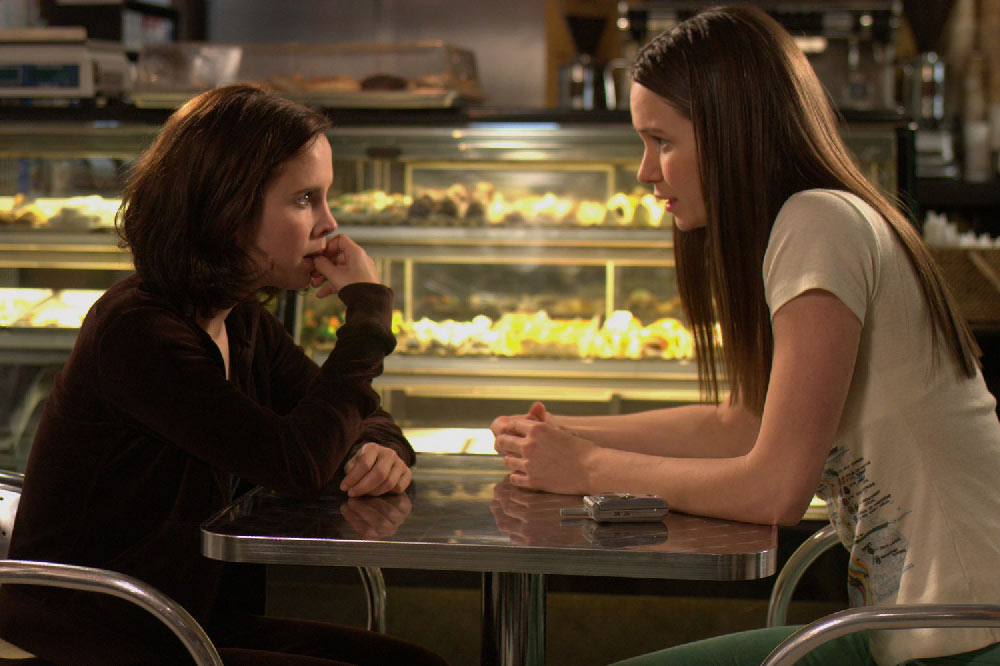 The concept of sex with the babysitter is a fave in the porn-industry. It’s probably as classic as sex with the TV-repairmen/plumber/pizza delivery boy. That and the teasing art of the poster might prepare you for a sex-comedy like American Pie. It’s not. This is a black comedy with drama-elements. There are laughs, there are tears and surprisingly just a little nudity. But it’s an entertaining film which doesn’t show you a realistic view of teen-prostitution but a more entertaining one. You might wince when you see how easy these girls, who are all minors, start having sex for money with older men, but then again you might want to debate if girls having sex with men after having all their drinks paid for is the same thing. Only less professional. But that’s a whole different story.

The movie plays out well and has a suitable ending which I didn’t see coming. The transfer from shy virgin teen girl to a pimp is quite over night but made as convincing as possible by Katherine Waterston.

I recommend this movie to people who are interested in the plot, just not to people who expect tons of hot steamy babysitter-sex-scenes featuring jail bait. For that the Adult industry has made tons of movies for your liking.