I had never heard about Terrifier until Chris Stuckman reviewed the sequel a couple of weeks ago. Shortly after that the sequel began making rounds as being one of those movies that has people in the audience fainting. A story you hear every couple of years with The Exorcist probably being one of the earliest examples. A story that is great for marketing and something the people responsible for the movie are now using to their advantage. But what about the first Terrifier? How did this movie slip under my radar?

Terrifier was made by Damien Leone on a budget of just $100,000. It was the subject of an Indiegogo kick-starter campaign. Leone had already made a couple of short movies with the central character of Terrifier: Art The Clown. A filmmaker found out about the campaign and put up the cash in exchange for a producer credit. The end result is an indie movie that looks way more expensive than $100,000. With streaming services like Netflix dropping low budget horror movies like these by the dozen every September and October movies like Terrifier are easily lost in the crowd.

That is probably the reason I missed it upon release. Unless a movie like this generates some sort of buzz, chances are it won’t grab my attention when watching the endless stream of content go by. Just this past two weeks I saw the following movies pass by on streaming services:

There might be a Terrifier or two among them. Who knows?

To make a $100,000 movie, Damien Leone takes a note out of the playbooks from Quentin Tarantino and Kevin Smith: set the majority of the movie in one closed off location. The plot is basically non-existent. Two young drunk women end up being tortured and mutilated in an abandoned building by a sadistic clown on Halloween night. There’s not much more to Terrifier than that in terms of story, but the movie’s strongest points are in other departments. 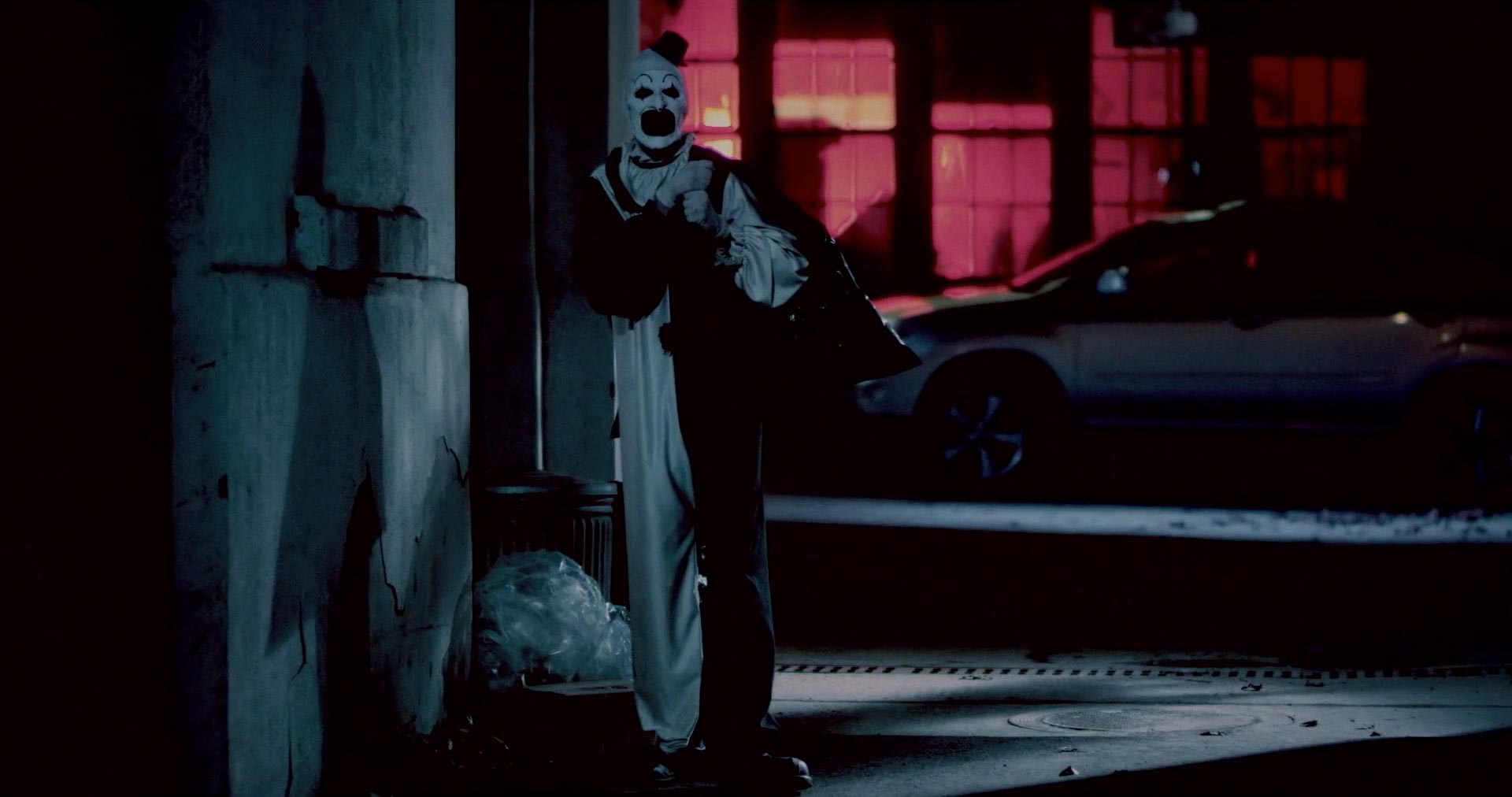 The character of Art The Clown has the potential to become a horror icon. Right up there with Freddy, Jason, Pinhead and the rest. He’s captivating the moment he appears on screen. Even though he is just standing still in a dimly lit alley holding a large trash bag. Once he comes across two women he starts following them popping up at a pizza place where they just ordered. Art’s stares are unsettling, his mime expression creepy and hilarious at the same time.

But his stares are peanuts compared to the carnage Art unleashes shortly after. Art is extremely violent and sadistic. He often butchers his victims to death and even after death he’s not finished with the bodies. But where most horror movies nowadays cut away when the more visceral stuff begins like this year’s Hellraiser, Terrifier opts to put everything on screen. It’s a callback to the video nasties of the 80s and to me personally it reminds of Peter Jackson’s Braindead/Dead Alive.

One of the most disturbing moments and clear example of what makes this movie standout is when Art has one of the two women tied to a chair. After miming cutting her throat with a saw he walks over to a curtain. He drops the curtain to reveal her friend hanging naked upside down. He then starts to bisect the woman starting at her vagina and working his way down. A pretty gruesome sight in all its visceral glory.

Terrifier is a pretty amusing movie in all of its no hold barred horrifying ways. It’s so over the top that it becomes a pitch black dark comedy. David Howard Thornton creates truly unique character with his performance as Art. He stands above the rest of the cast with head and shoulders. Terrifier is a movie that is not for the faint-hearted and will probably appeal mostly to genre fans.