After the events of Terminator 2 it seemed as if the Terminator story was told with a satisfying ending. The world had been saved from Judgment Day and humanity would live happily ever after, but when it comes to Hollywood, the making of a quick buck is more important than respecting a told story. So 12 years later came Terminator 3: Rise of the Machines starring once again Schwarzenegger as the unstoppable cyborg from the future in a movie that rehashes elements of its predecessors without any shame.

Somewhere between Terminator 2 and 3 Sarah Connor died of leukemia and her voice-over duties have been inherited by John Connor (Nick Stahl). According to him he lives off the grid, making sure he isn’t in any database just in case. Even though they prevented Judgment Day he still lives as if they only postponed it, and he’s right as a new type of Terminator is send back in time: The T-X, or Terminatrix as she’s called at certain points in the movie. Like the T-1000 in the previous movie she has some shape shifting properties, but unlike him her liquid metal properties only cover her exterior. Underneath she’s a robot like the T-800, but with a wide range of weapons on board which have the ability to take out other Terminators. As in both the previous movies, the resistance sends back a lone warrior also and this time it’s yet another T-800 looking like Arnold Schwarzenegger prompting John to ask him if he comes from an assembly line, which is justified because it really takes the sting out of them being able to mingle in with humans if they all look alike.

The T-X has a different mission this time. Instead of killing of John, who can’t be found because of the whole “off the grid” thing she targets his lieutenants and generals of the future. One of them is veterinarian Kate Brewster who just so happens to find a wounded John in her clinic at night when the T-X just so happens to come in to terminate her. Luckily the T-800 just so happens to pop up to save them setting off the first of many chase scenes. How convenient for everybody to show up at the same place at the same time. 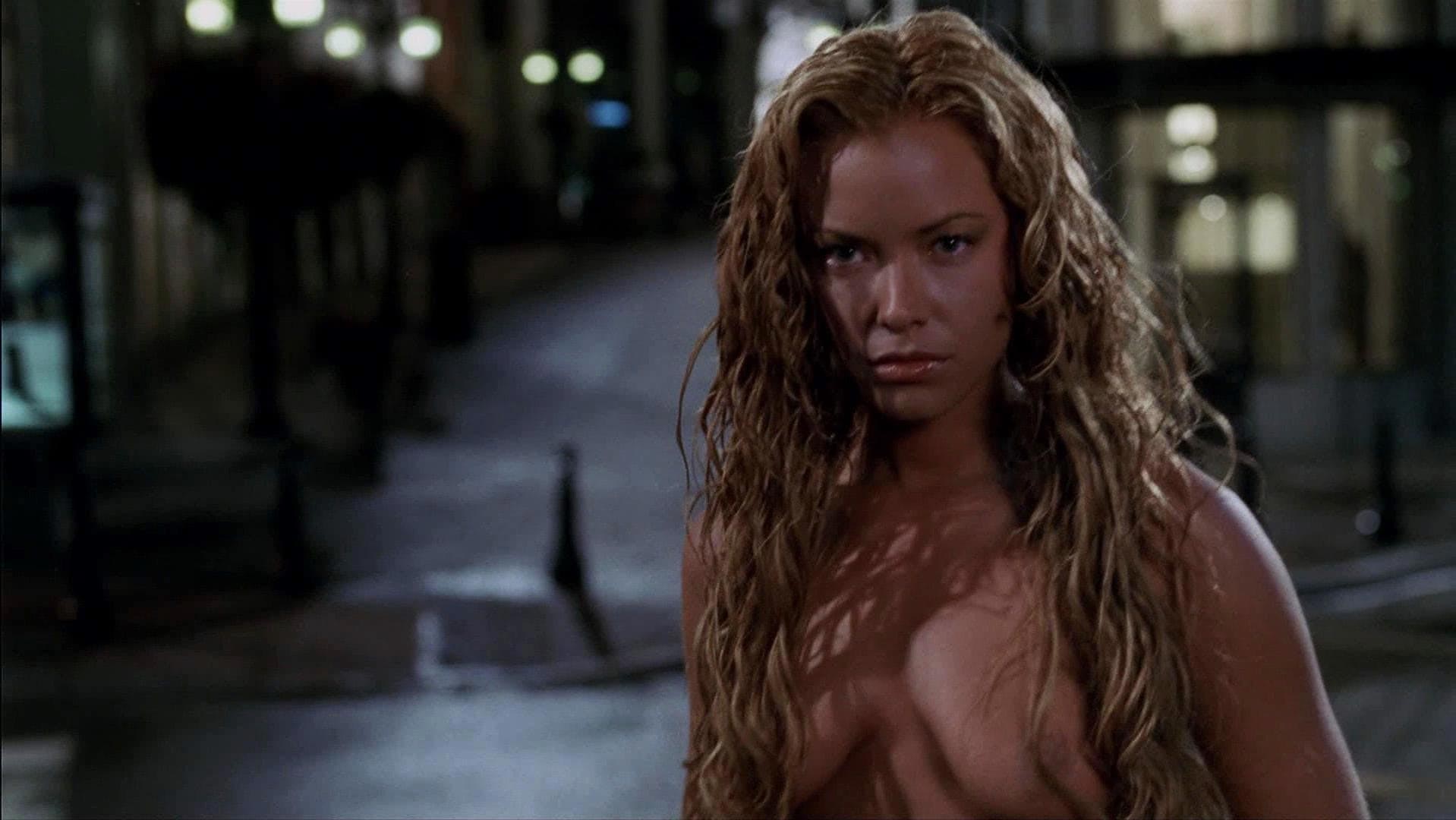 The first Terminator was a tense thriller about a couple of humans trying to outrun a seemingly unstoppable machine, while its sequel was a grand scale movie with a layered story showcasing groundbreaking special effects. Terminator 3 mostly functions as a summer blockbuster movie, not bringing anything new to the franchise. The whole epic feel of the previous movie is lost in a movie with a running time equal to that of the first movie. The movie is more concerned with creating a couple of good action sequences than creating a worthy successor plot-wise. Somehow the entire movie feels off, as if they can’t make it connect properly to the previous movie, whether it’s misplaced humor (“Talk to the hand”), or the illogical choices made in the script (What point did the cemetery scene have?).

The reason for these problems is the fact that aside from Schwarzenegger nobody from the original two movies was involved. Aside from him and a cameo from Earl Boen all off the actors are new. Edward Furlong has been replaced by Nick Stahl, Sarah Connor is totally absent and the writers have merely managed to copy  the chase aspects of the previous movies rather than give us a fitting finale. The only element that actually warrants this sequel is the ending which sets up Terminator: Salvation. The downbeat ending is the most notable aspect in a movie, that is nothing more than a dumb, but decent, action flick.

Unlike its predecessors Terminator 3: Rise of the Machines constantly makes you question plot-elements, choices and time-travel problems during the movie instead of much later. The first two movies delve into the concept of the thematic “no fate but what we make of our own” and the inevitable circle of time travel (Kyle traveling back in time to father John). The third movie just consists of the “inevitable” mention to rehash elements of the previous movies. Every attempt at changing the future feels pointless and without bite.

As a simple action movie Terminator 3: Rise of the Machines is skillfully made. It has some nice action scenes, great special affects and the female T-X is a welcome change of scenery in a series filled with male nudity and machismo. It’s a 100 minute spectacle movie made for people wanting to see some mindless action. I’m all for mindless action any day, but not when that movie bears “Terminator” in the title.

Terminator 3: Rise of the Machines