Surf Nazis Must Die was part of a Tromathon I attended yesterday in Amsterdam and was, unlike most movies I review, seen with a large crowd. In this case a large crowd with an interest for Troma. Something that does alter the experience of watching a movie like this as you can probably imagine. So this movie was the first of three, the others being The Toxic Avenger and Troma’s War and despite the outrageous title the movie isn’t as crazy as one would expect.

The movie is set in the near future, something that opening credits must tell us because the rest of the movie never gives us that info visually as there are basically only timeless sets used in the movie like a beach for instance. Beaches: they just look timeless in most cases.
After some big Earthquake gangs have taken over control and are battling each other over the beaches as these gangs all surf. The worst of the gangs are of course the Surf Nazis. These are regular kids and young adults who name themselves after the Nazi-stars of World war 2. Adolf is the self-proclaimed furrier of the beach, his girlfriend is of course dubbed Eva. Some of these kids must have joined the gang just recent as they couldn’t even paint their Swastika the right way around. Something every starting Nazi has problems with. These guys and gal are a rip-off of Alex and his Droogs from A Clockwork Orange. 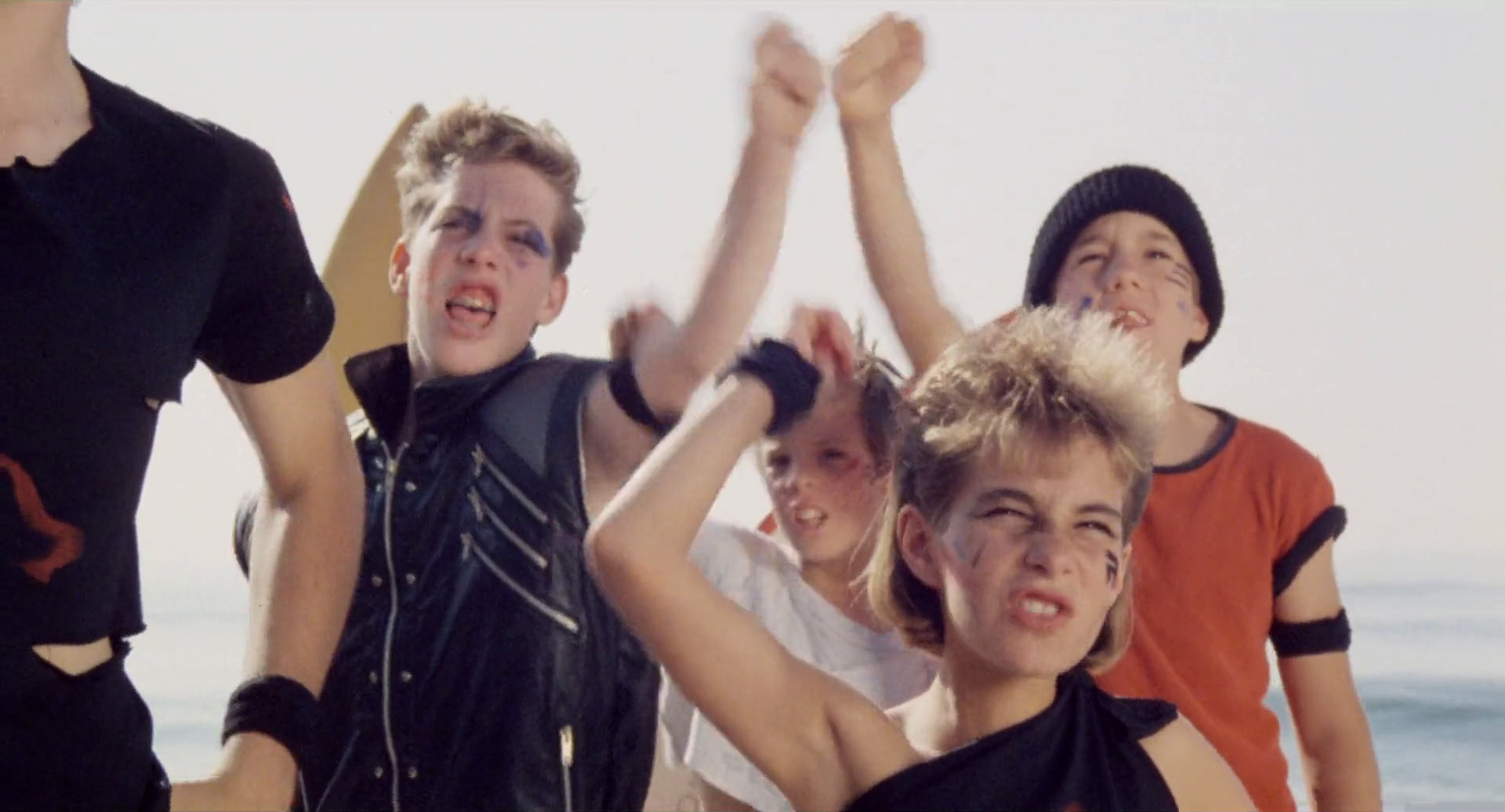 The movie’s main concern is setting up how undefeatable these Nazi surfers are. They are attacked multiple times by different gangs including one consisting of Japanese martial artists. Now for those of you thinking that there’s no such thing as martial artists who take a liking in surfing I suggest you watch Surf Ninjas.
Because they are undefeatable they wreak havoc on the beaches where they do all kinds of naughty things like snatching purses and watermelons. When a black guy intervenes in a purse-snatch he is rewarded by being killed by the group of Nazis. This unsettles his Big Momma so much that she comes out of her retirement home, arms herself with grenades and guns and goes out for a good old Nazi-hunt. 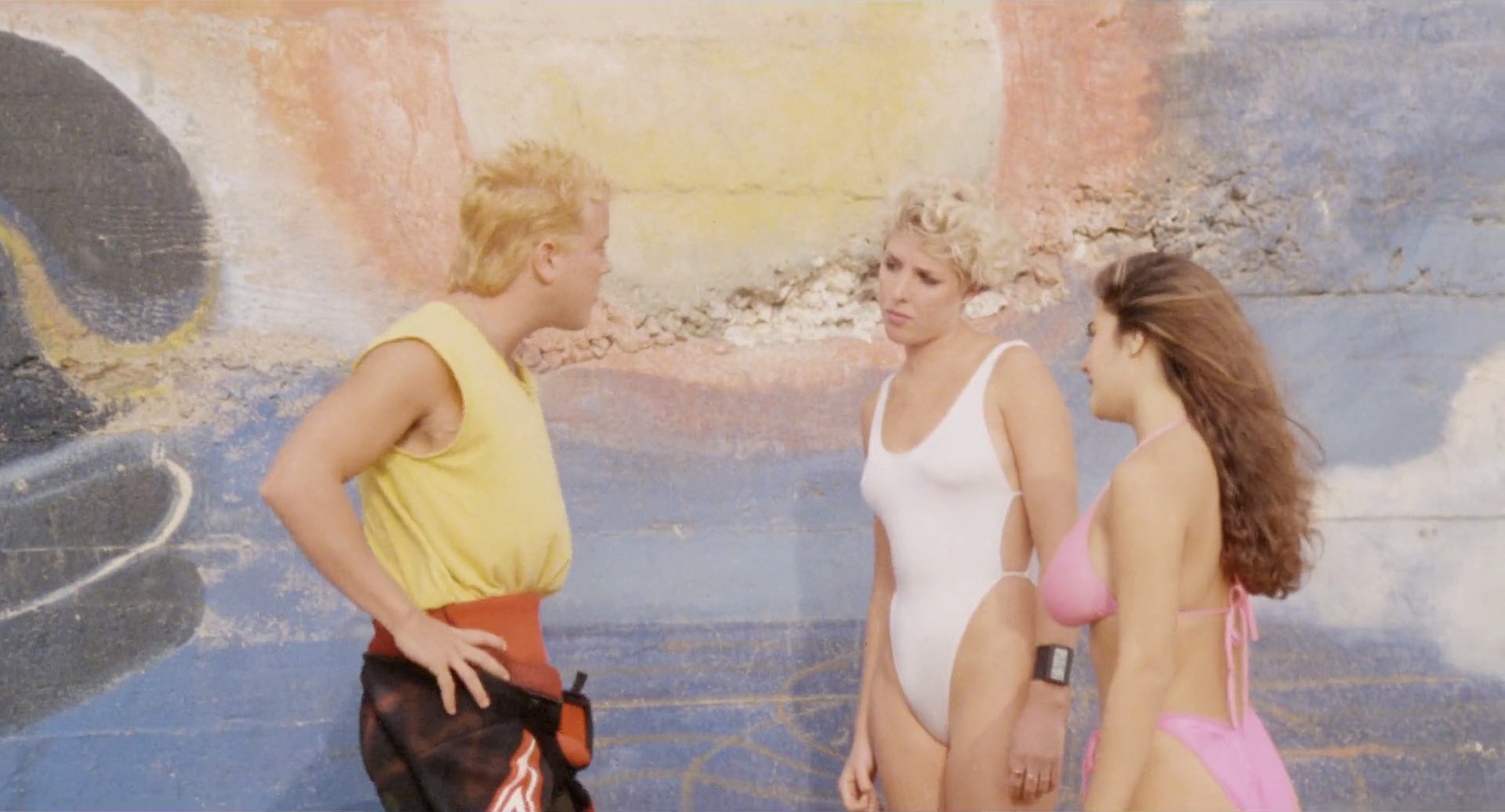 Surf Nazis Must Die is a bit of a mess. The first hour is tedious and rather boring. The politics between the rival gangs as well as their battles are not very exciting nor very involving. While being humorous the relationship of one Nazi with his mother doesn’t matter to the plot of the movie.
Of course being shot on a low budget the whole setting looks really cheap. Only a handful of locations have been used, basically all remote areas. A piece of beach, a house, some backroads in a chase sequence and a construction site are used as a set. Nothing which has any charisma. This makes it feel as if there’s no society outside the picture frame. Only a handful of scenes use extras and overview shot of neighborhoods and crowded streets are totally absent. 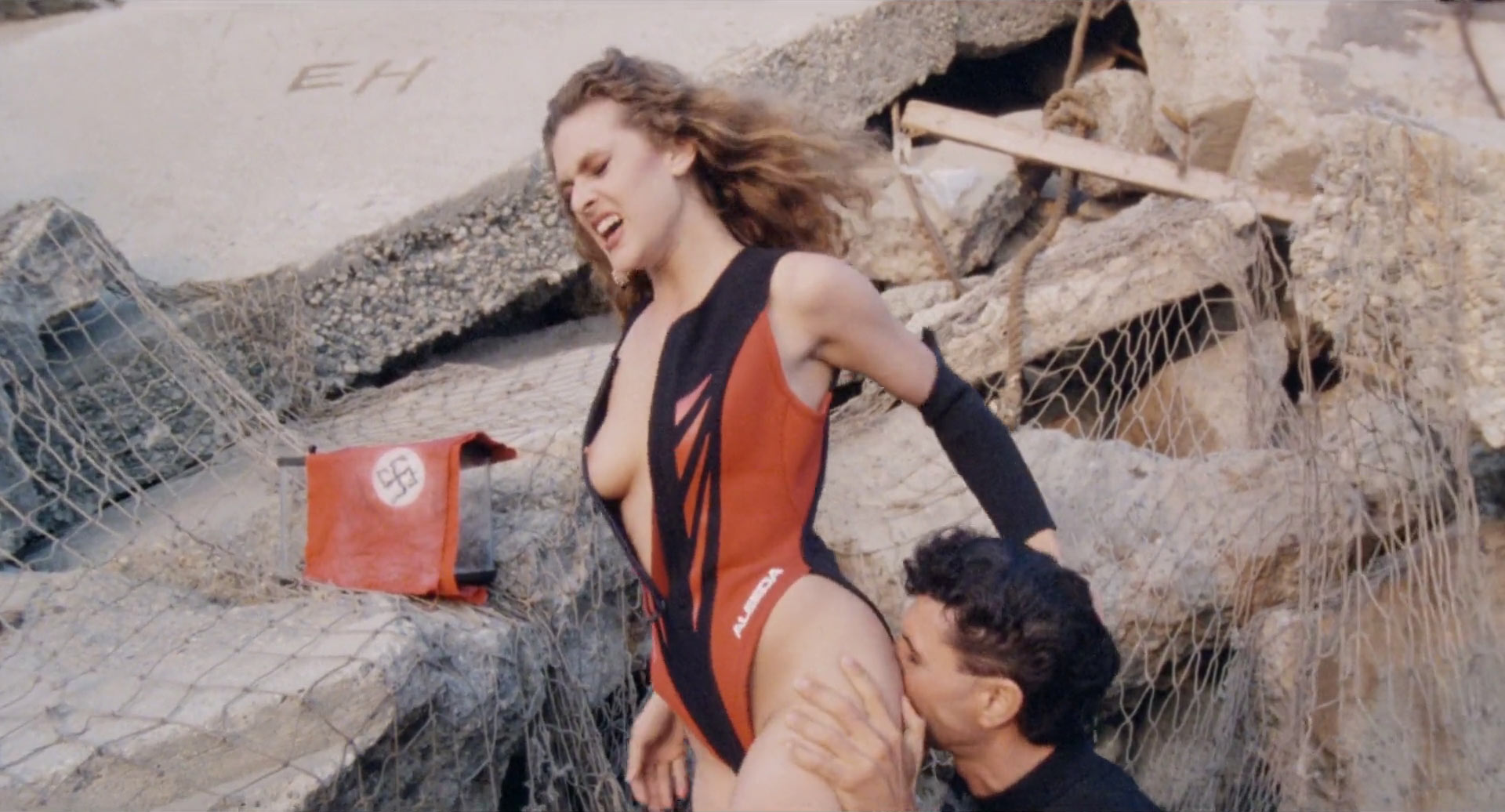 The directing is also rather bland and the editing hard to follow. Often in a fight scene the movie cuts suddenly to surfing scenes and it takes too long for the two separate stories of the Nazis and Big Momma Eleanor to come together, so for the first half of the movie you’re wondering what that old lady has to do with the Surf Nazis.
The acting is nothing to write home about, some kids overact their life of, the others are just plain. None of them give a memorable performance but does this actually come as a surprise to you? I hope not. Though Gail Neely does have fun with the material.

But to be honest, the movie does redeem itself partially in the final 15 minutes when Eleanor starts taking on the Nazis with grenades, gunfire and a motorboat. This was a part where entire crowd including me bursted out with laughter and cheers while the previous 60 minutes have been rather quiet.

Surf Nazis Must Die is a bad movie with an uneven pace and unnecessary plot-points, but there are some comedic gold moments in it including the final 15 minutes. It’s best watched among friends drunk or on Acid. Both together would be even a wiser choice.