With both The Seven Minutes and Black Snake it seemed that Russ Meyer lost his mojo. Both movies were too much out of his comfort zone and thus they were both critical and commercial failures. So Meyer returned to the concept that made Vixen! such a big hit: the softcore sexploitation movie. Supervixens revolves around Clint Ramsey, a gas station attendant who’s a real ladies magnet. Even though he politely refuses the women who are coming on to him, his wife SuperAngel is extremely jealous. After some domestic violence between the two due to her jealousy, she tries to seduce police officer Harry Sledge. But Harry turns out to be impotent and after a lot of mocking he violently murders her by beating her up, electrocuting her in the bath tub and setting the house on fire framing Clint. Harry,  as you can probably tell, is a bit of a psycho.
Clint now has to run for his life, but while crossing America he keeps on running into voluptuous nymphomaniacs trying to sexually harass him. Some guys never get any slack! 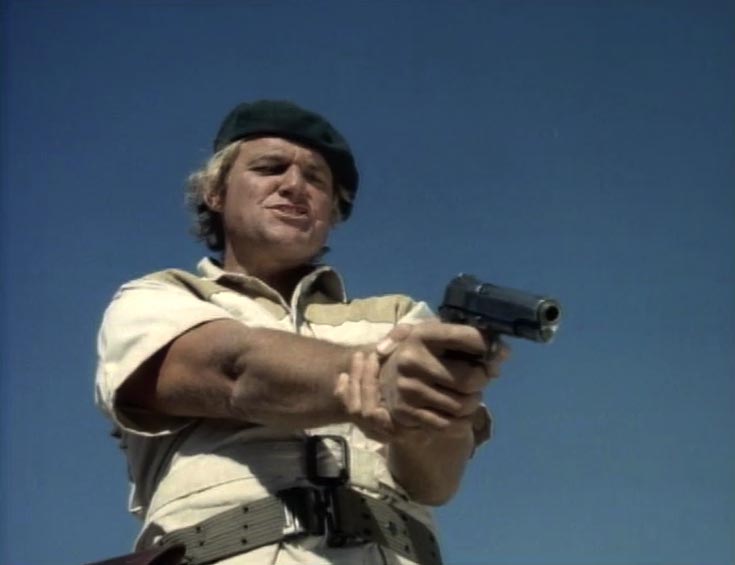 Supervixens is a culmination of a lot of previous Russ Meyer movies. It’s basically an homage to his own style while kicking it up a notch at the same time. This movie has everything people would expect in a Russ Meyer movie and constantly refers to previous movies, sometimes even quoting them down to the exact words. The title is a take on Vixen!, there is a cop named Harry played by Charles Napier just as there was in Cherry, Harry & Raquel!, Martin Bormann returns from Beyond The Valley Of The Dolls, there are a lot of familiar faces from previous Meyer movies in both big and small parts like Haji for instance, a lot of shots of radios and at one point a man is bitten in his leg by a rattlesnake after which he forces the woman with him to suck the poison out, which is lifted straight from Motorpsycho!

But simply rehashing old work isn’t Meyer’s style and of course the ever changing times required him to do something new. With Supervixens Meyer is returning to a genre he helped bring into the mainstream: softcore pornography. But Meyer injects the sex scenes with too much humor and absurdity to qualify these movies as pornographic. Even though the script never has any real depth, it does contain a story line which is almost as coherent as Vixen!, even though it does contain some of the abstract elements seen in Cherry, Harry & Raquel!, though they are less puzzling this time. But there are elements few people will understand like the so-called resurrection of Clint’s wife SuperAngel in the final act, especially since the resurrected version is never acknowledged as such. He just runs into a woman who looks exactly like his wife, but is much sweeter and less jealous. But neither he or SuperVixen as she’s now called never address it. 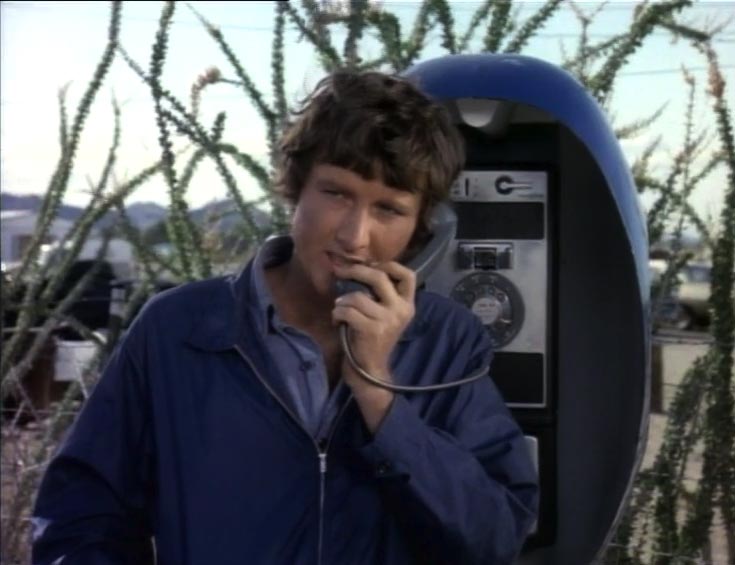 The movie structure basically consists of a series of vignettes. As soon as Clint is on the run the movie goes to a sort of segmented form where he comes across a voluptuous woman in each segment and each of them not only tries to seduce him, but brings problems along with them. There is a segment in which he works as a farm hand but the German mail-order bride SuperSoul (Uschi Digard) of the farmer tries to seduce him. Naturally he finds out and blames Clint, forcing Clint to make a run for it bringing him to the next segment where the next vixen awaits him. These segments are varied enough to prevent boredom and repetition.
During the final act he comes across the reincarnation of his wife with whom he falls in love with. Their happiness is only disturbed once psycho cop Harry enters town as he has been looking for Clint all this time. 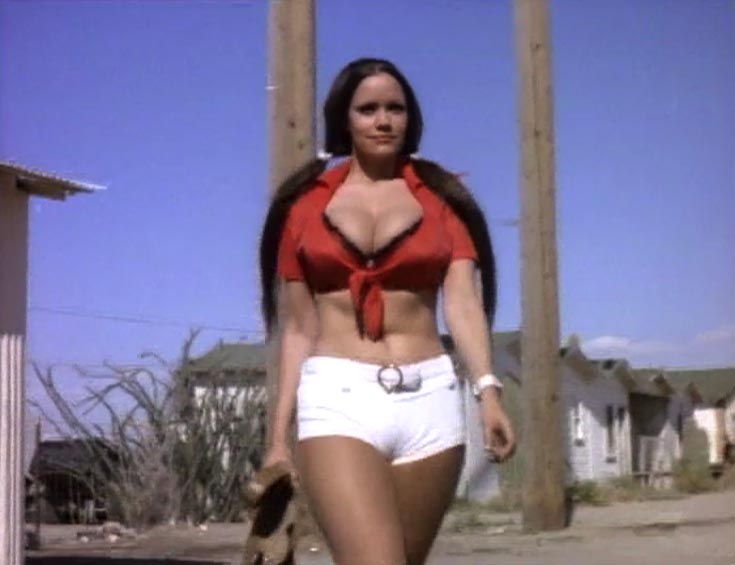 After the more serious The Seven Minutes and Black Snake which featured very little of Meyer’s trademark buxotic women Supervixens makes up for those two movies and then some. Supervixens, the title gives it basically away, is all about women. Probably the most memorable is Christy Hartburg as SuperLorna. Though she only appears in the movie for approximately 5 minutes and doesn’t show any nudity, her presence has made such an impact she has become the face featured on all of the posters and even the Russ Meyer Collection box set. Other notable women appearing in the movie are Shari Eubank (nude in almost every scene she has) and Uschi Digard who is one of the few women who has had an extensive career outside of Russ Meyer movies. Though her resume mostly consists of erotic movies. 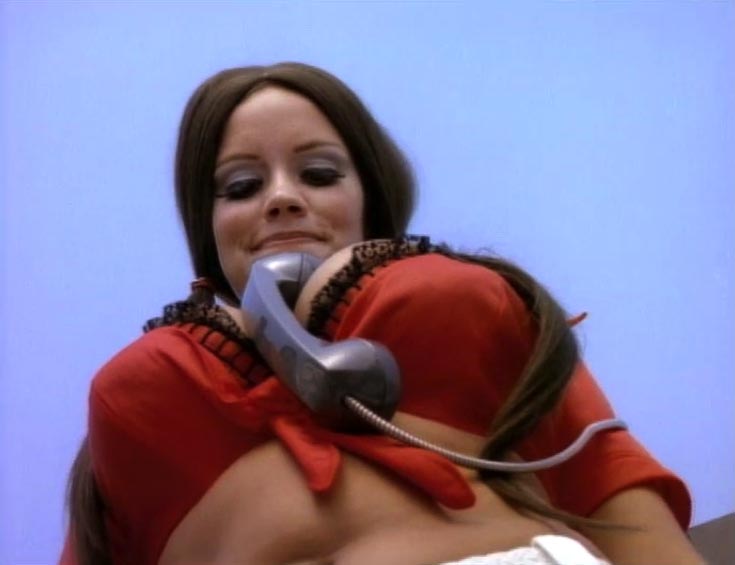 Today’s kids don’t understand where the saying “hanging up the phone” comes from. Show them this picture. 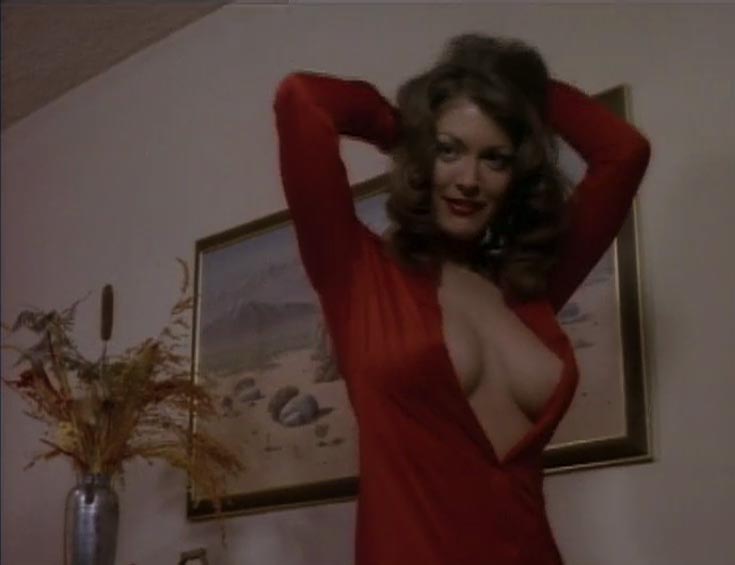 The movie has more nudity than Vixen!. Trying to keep up with the porn-chique movement at the time sparked by Deep Throat, Meyer steered much more to comedy featuring heavy nudity and even more graphic sex scenes. There is no penetration or anything like that, and a lot of it tries to titillate and make you laugh at the same time. Meyer’s sex scenes often featured women humping men like crazy and those scenes are also present in Supervixens, but there are moments that Meyer pushes the envelope for himself. At one point SuperEula (Deborah McGuire) performs oral sex in the middle of the road on a body builder lifting weights. Another notable scene is the sex scene between SuperSoul (Digard) and Clint as she grinds her vagina over his face. Supervixens also marks the first time Meyer makes use of a prosthetic penis to enhance his male leads, making their bodies just as outlandish as the women’s. Even though sex is more graphic, never is it truly pornographic.

Supervixens is a great mashup of previous Meyer movies. It’s funny, sexy and has some snappy dialogue. Even though it runs 20 minutes too long and a lot could have been excluded (it takes at least 10 minutes for Harry to kill Clint’s wife, something which could have been done in just 2 minutes), this is an enjoyable, somewhat titillating flick in which even the abstract moments don’t feel really strange. In Supervixens, Meyer manages to include the “strangeness” in a much better way than he did in Cherry, Harry & Raquel!

Bottom line: this is one of his best movies.