Since Bruce Willis launched himself as a movie- and action-star in Die Hard every respectable action star has had his own version of the Die Hard-scenario; Terrorists take over something, only one man can stop them. Stallone had Cliffhanger, Snipes had Passenger 57, Russell Executive Decision and Seagal Under Siege 1 & 2. Oh and Anna Nicole Smith had Skyscraper. Sudden Death is Jean-Claude’s Die Hard and like most of these clones it’s reasonable entry in one filmography. What makes this one different though is that it never takes itself seriously.

Jean-Claude plays a fire fighter, well ex-fire fighter since he has some trouble dealing with the image of a little girl having died in the fire and that he couldn’t save her. OK, pretty serious so far. So Jean-Claude, named Darren McCord here, does a little bit of building inspection and stuff like that in an ice hockey stadium. Mostly he just changes broken light bulbs. When the vice president and a couple of high ranking officials are visiting a play-off game they’re taken hostage by terrorists demanding about 1,5 billion dollars. If the money should not to be transferred they will execute the president and blow up the entire stadium. Only Darren McCord can stop them and he must because he took his two kids to the game. So it’s either stopping the terrorists or becoming a looney-bin-candidate.

Sudden Death is one of the most enjoyable Van Damme movies and was made on the height of his A-list period when he starred in movies like Time Cop and Hard Target. It’s not perfect and far from reaching the status of Die Hard (none of the clones actually reaches it) but it is a fun film and a good way to spend 100 minutes of your time. What this movies does do unlike Under Siege for instance is make the lead-character flawed. Just like Cliffhanger our protagonist is dealing with inner demons due to a death he couldn’t prevent. See, Sudden Death just not only steals from Die Hard, it steals from other movies also. Not only is he emotionally flawed, being just a fire fighter Jean-Claude happens to to be a good but not a great fighter. This shows, he’s not a one man army like he was in Hard Target. This actually works although it means fans don’t get to see the splits and the roundhouses. 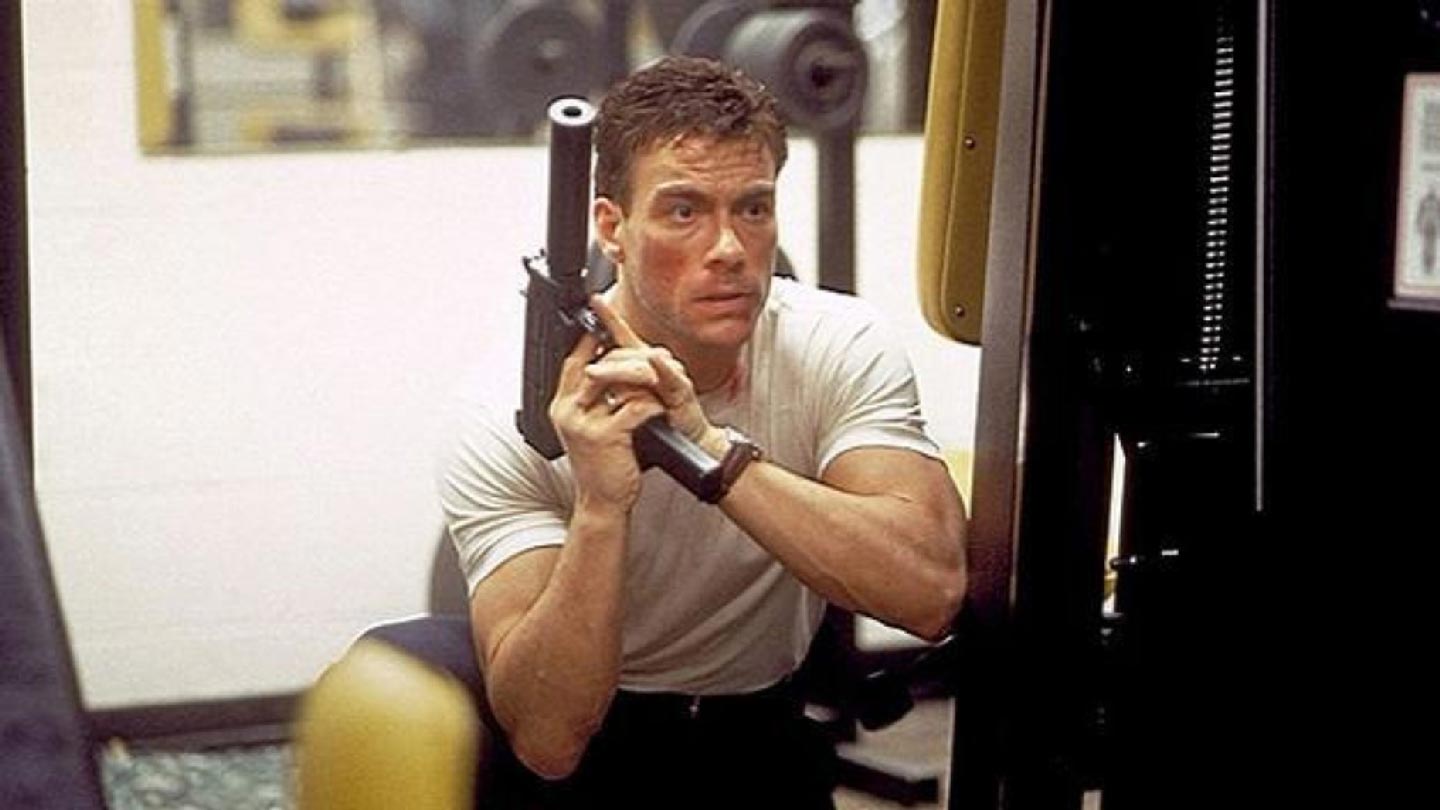 His nemesis is Powers Boothe. A fine actor but here bland when compared to villains like Tommy Lee Jones, Alan Rickman and Jeremy Irons. He just doesn’t chew the scenery enough.

Now what gives this movie some extra credit is that next to the action, of which there is plenty, there’s also a lot of humor. The fight between Van Damme and a mercenary in a mascot-suit is classic gold for instance. That also goes for a scene where Van Damme, hoping to escape from the mercenaries who are hot on his trail, disguises himself as a goalie and becomes the hero of the game.
Stuff like this is what separates Van Damme from that other action-star he will always be compared with: Steven Seagal. No matter how much I love Steven, Van Damme just seems to be putting more of himself into a movie and isn’t afraid to try something different. He usually works with better directors also. This makes Van Damme’s movies more interesting but also his filmography more uneven.

So I find Sudden Death a good example of a solid entertaining action movie and easily one of Jean-Claude’s best.