For those who are still recuperating from the tragic events and moments from Avengers: Endgame Marvel’s next movie might bring some closure. Spider-Man: Far from Home deals with the aftermath and a world where half of the population just reappears after being gone for five years. But don’t expect a dramatic character study of the effects an event like this has on a person and it’s relatives. This is a superhero movie after all, so things have to go boom.

The five year gap was one of the elements that immediately posed a lot of questions. How old would someone be who came back from the snap? Or the “blip” as they call it here. On paper every returning character is five years older, but physically the same as the time they vanished. Spider-Man: Far from Home answers a couple of those questions with younger brother now suddenly becoming the older brother and fellow students that were in your freshman class now being seniors. But this movie just skims the surface and doesn’t really go into depth about the psychological effects on a person. 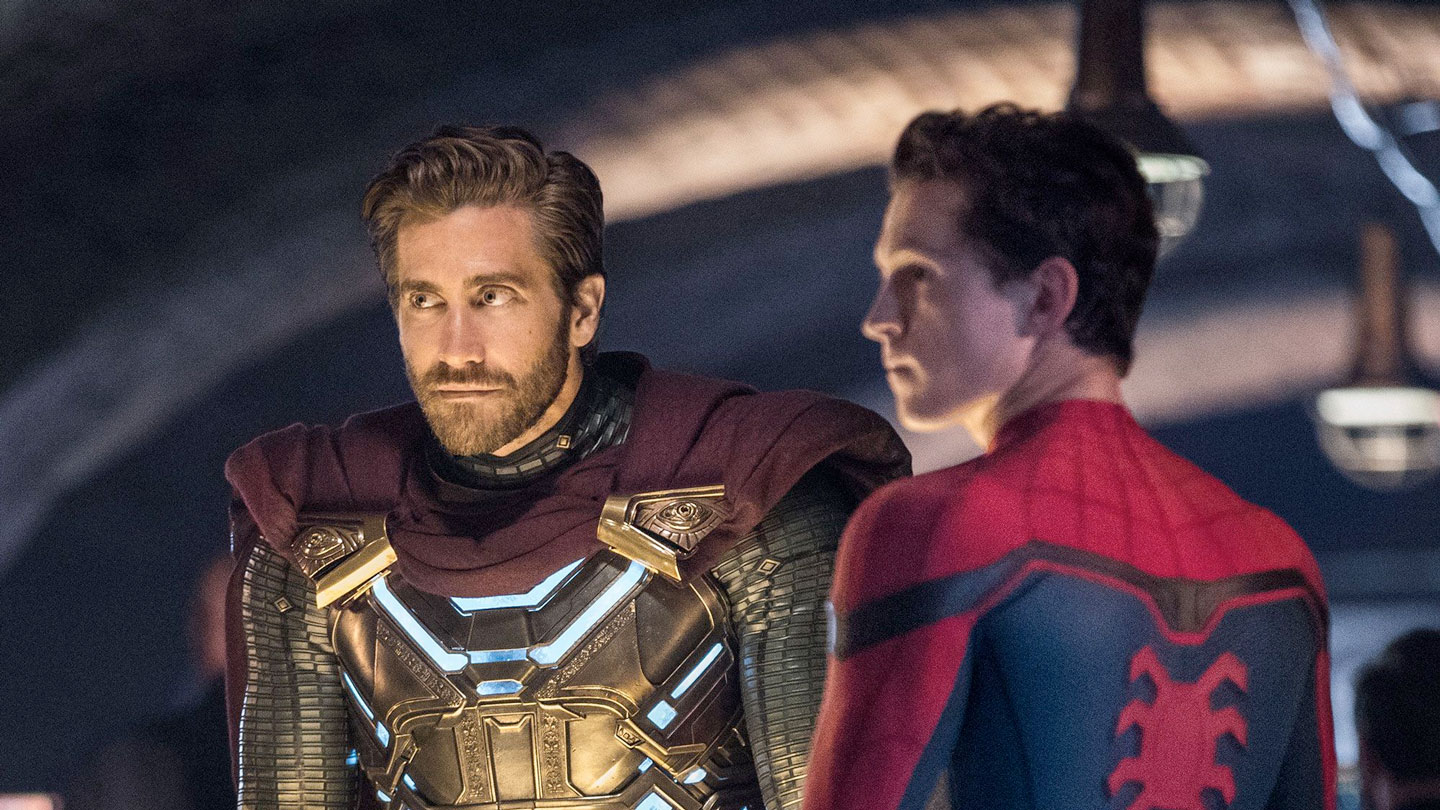 With most of the Avengers being not available Nick Fury turns to Peter Parker to help him with the latest threat the world faces: the Elementals. Terrifying creatures that are each made out of a basic element: earth, fire, water. To fight these Elementals a new superhero appears: Captain Planet. Just kidding of course. The rights to Captain Planet are not in the hands of Disney, but it would be cool though. Instead we get Mysterio, a guy in a fancy suit claiming he’s from another Earth. This cleverly sets up a multiverse and the possibility of characters returning who are deceased in this universe.

Then again, this is Mysterio and he has been a villain in Spider-man print and media since the 60s. So there is a chance not all is what it seems.

Spider-Man: Far from Home is a breezy affair. A movie that is as much a high school movie as it is a superhero movie. Peter Parker is a socially awkward kid who’s in love with the confident MJ (Zendaya). Together with his best friend Ned he has to navigate the waters around girls as boys who are not at the top of the hunk-ladder.

It’s a fun movie, but it’s also a largely forgettable one. Spider-Man: Far from Home does not leave much of an impression save for the first end-credits scene which actually gives the movie an open ending. But not every movie in the Marvel Cinematic Universe needs to have the emotional gravitas of Infinity War and Endgame. 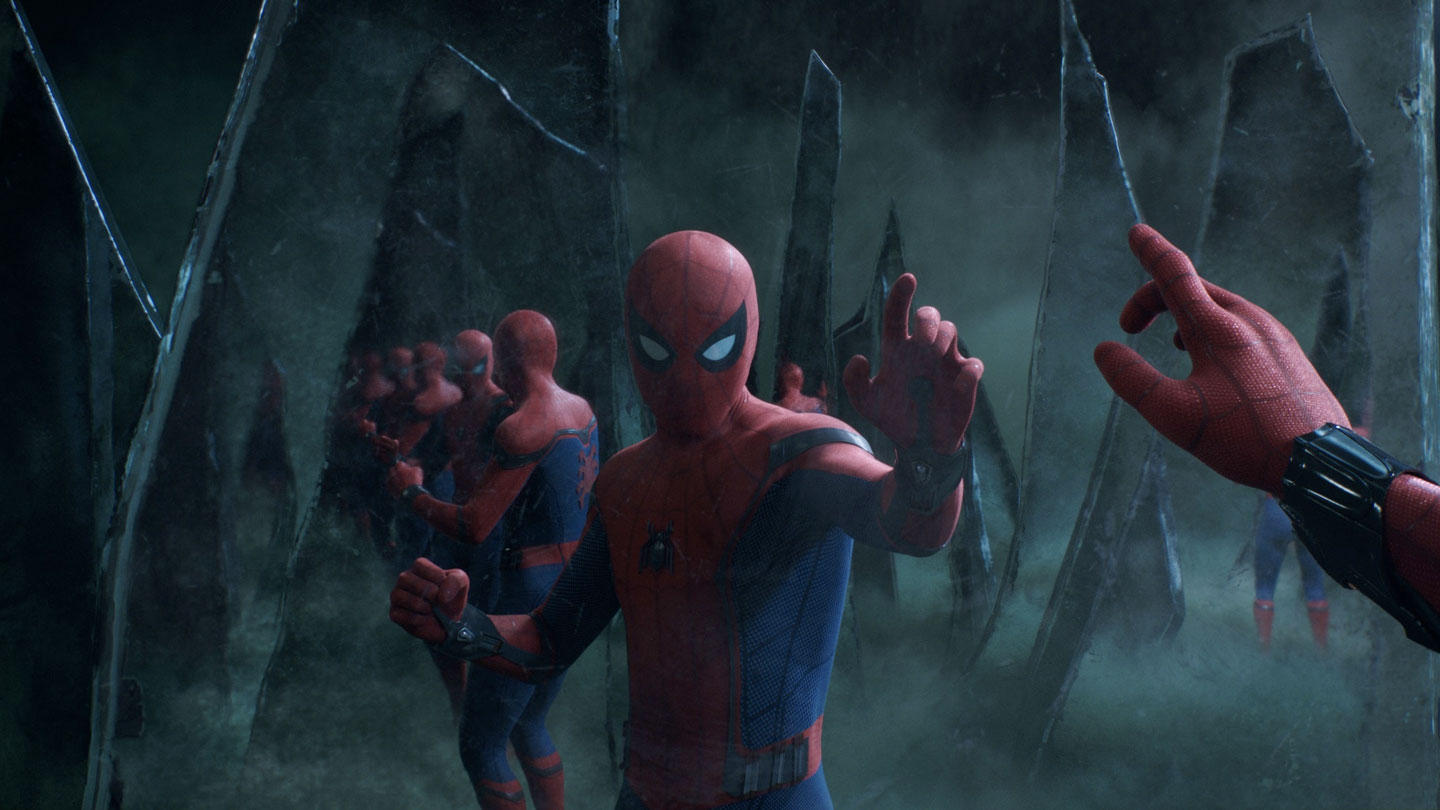 Much like Homecoming before it, this is a high school movie with some superhero stuff thrown in for good measure. And it works. It’s easy to see why Spider-man has been the most popular Marvel character for decades now. While there are plenty of dark and brooding Spider-man comics, the onscreen character works best in a John Hughes setting. Aided by a good performance of Tom Holland, the character still feels fresh and fun. It’s also interesting to see how the character is set up to be Iron Man’s successor.

There are some dark clouds gathering over this franchise. With the current impasse between Disney and Sony with the character I think everybody is wondering what is next for Spider-man. For now it seems he is out of the MCU and Sony has to make a movie on their own. While this should be possible, this Spider-man has been so tied up in the MCU I’m wondering how they will make a sequel in which characters like Happy Hogan and everything Avenger related is gone.

With Spider-man out of the MCU he is far from home indeed. Let us all just hope there will be a homecoming.