Spice World revolves around the biggest girl group ever to exist: the Spice Girls. Between 1996 and 1998 there was no escaping the Spice phenomenon that had taken over the world. They were everywhere. Their songs on the radio and the TV music channels, their merchandise in almost every shop. In a time where the majority of the people had no internet yet, watching their music videos was often a good way to kill some time. A little over a year after their breakthrough hit Wannabe came out, they released their first and only movie: Spice World.

Normally I would start with describing the plot, but Spice World doesn’t have one. The only thing Spice Girls do in Spice World is drive around London in their tour bus and do stuff like performing, interacting with other celebrities, visit fans or going to a club with their pregnant girlfriend. That’s it. That is all they do. To make up for this there are a ton of secondary characters. These characters generate a whole lot of padding to this still fairly short movie. 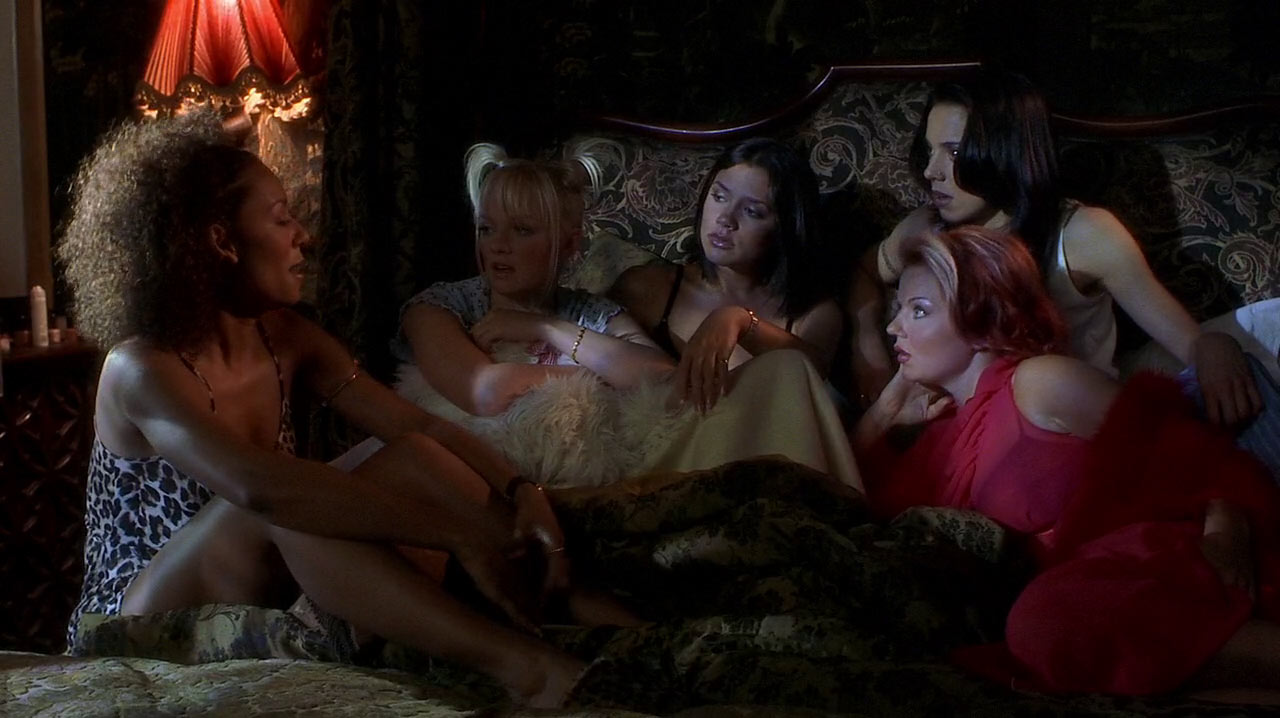 All the Spice Girls in one bed: the stuff boys’ dreams were made of

Richard E. Grant is their manager who is constantly stuffing the schedule of the Spice Girls. He often talks on the phone with Roger Moore who only talks in cryptic sentences. Stuff like “The headless chicken can only know where he’s been. He can’t see where he’s going”. Alan Cumming is constantly following the Spice Girls as part of making a documentary. The Spice Girls have a near-due pregnant friend. There is an evil paparazzi lurking around the girls, trying to snap some compromising photographs. Finally there are two filmmakers who pitch several Spice Girls movie ideas to the manager. How meta! 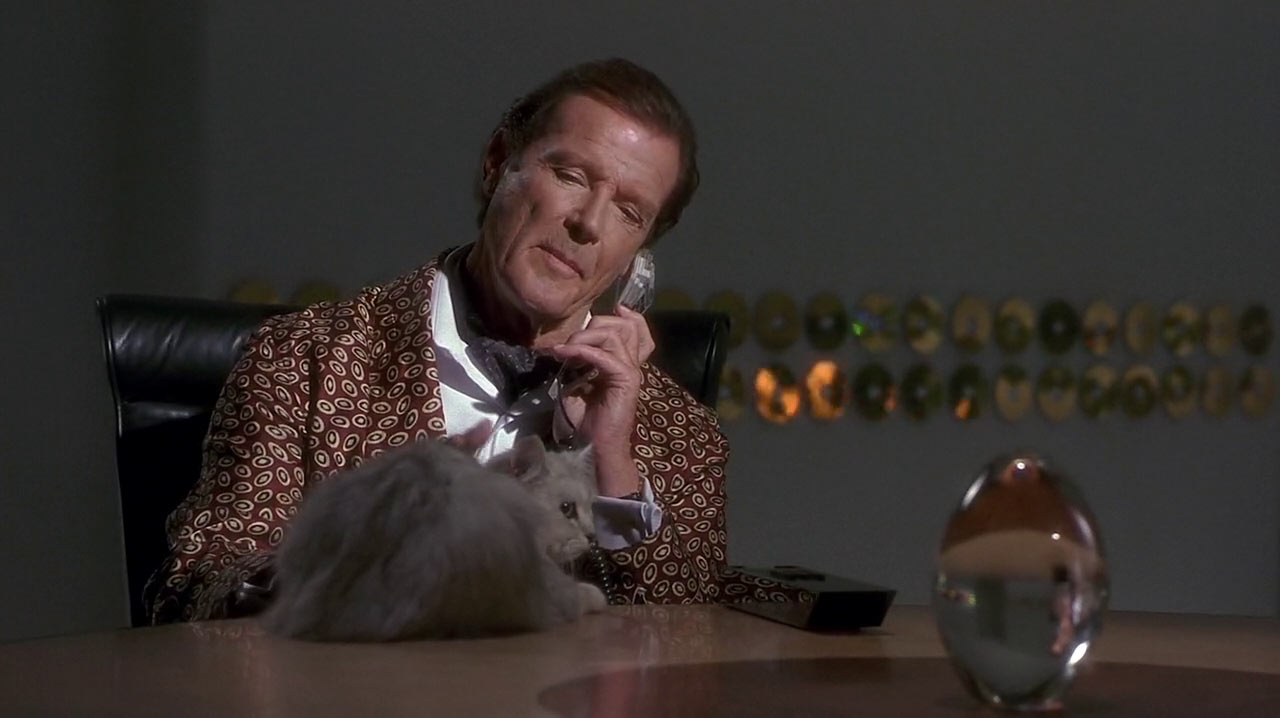 Aside from the paparazzi guy and the Spice Girls’ manager, none of these secondary characters even interact with them. They are just filler. The rest of the movie consists of short vignettes, flashbacks and dream-sequences. In one scene the girls go out in the woods to pee and come across a UFO. A couple of extra-terrestrials come up to the Spice Girls. Luckily they turn out to be big fans and just want a couple of tickets to their big show in the Royal Albert Hall. Spice World is basically built upon all of these small vignettes that in the end go nowhere. 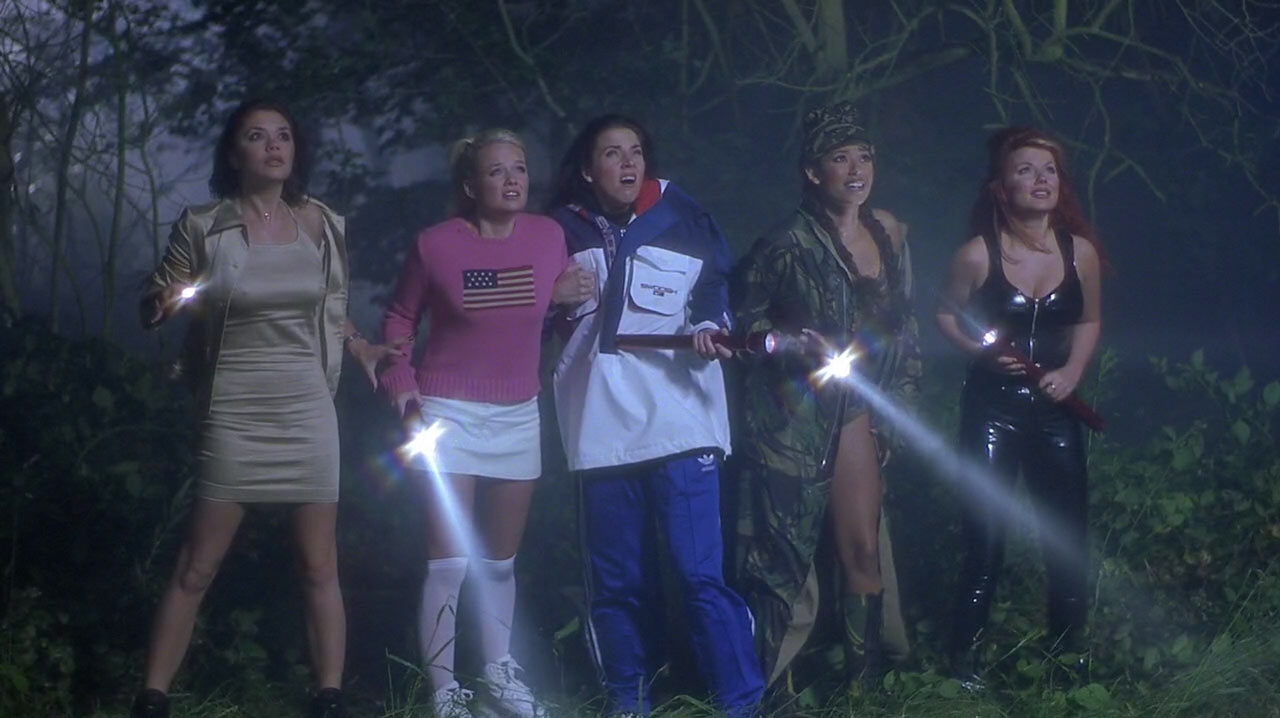 As a music group all of the Spice Girls have their own image and nickname: Scary, Ginger, Sporty, Baby and Posh Spice. Clothing defines most of their image. Posh is the fashionable one, Scary is the colored one, Sporty wears sneakers and jogging pants, Baby looks innocent and Ginger is the vixen of the group, often portraying a heavy amount of cleavage. In the movie they have to amplify that, since they now actually talk and interact with each other instead of just singing and dancing in music videos.

Emma/Baby is always seen with a lollipop in her mouth and sleeps in a bed full of stuffed toys. Mel C/Sporty is often seen working out or talking about sports. Geri/Ginger still walks around in outfits showing off her cleavage, but instead of making her a sex-bomb she is full of faulty trivial knowledge and advocates feminism in the form of “girl power”. Victoria/Posh is only seen in designer outfits and Mel B./Scary is just Mel B. Her unique trait is apparently the color of her skin, there’s no need to amplify that. But it does seem kind of weird to nickname the only colored member of the group “scary”. 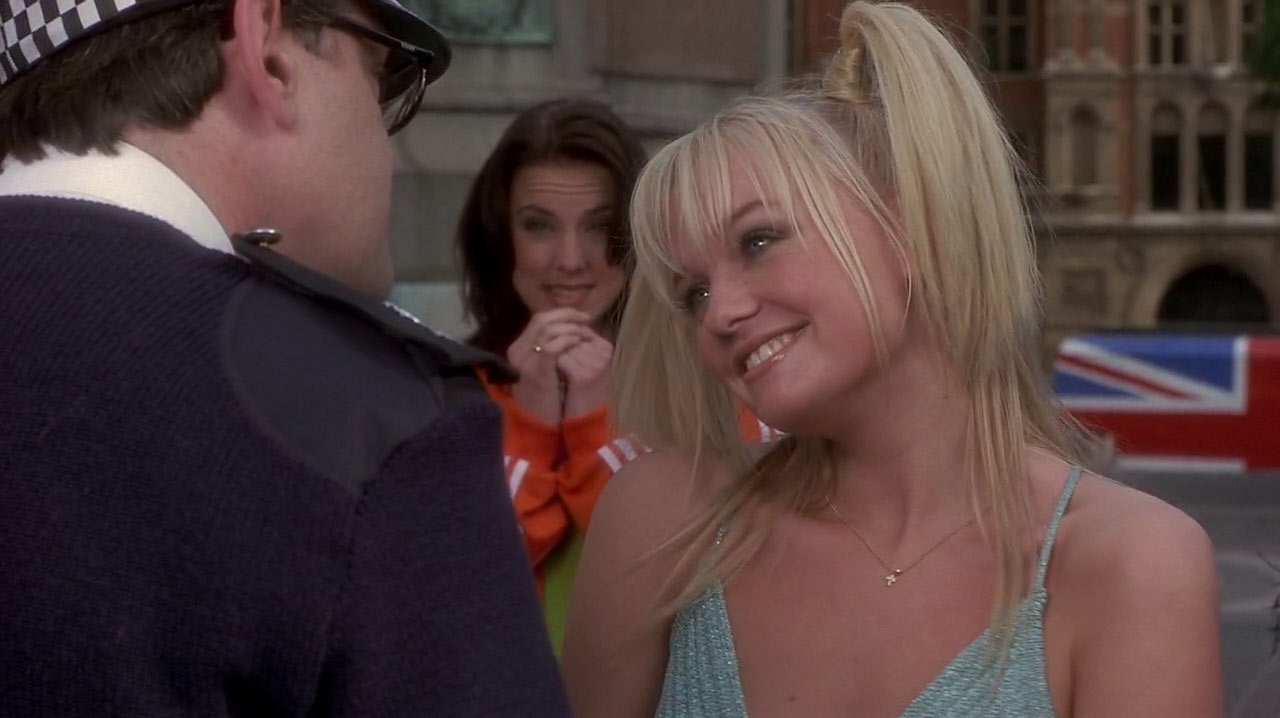 Another recurring element throughout this movie are the cameos by famous people. Meat Loaf, Elvis Costello, Stephen Fry, Bob Geldof, Bob Hoskins, Hugh Laurie, Elton John and Jonathan Ross to name a few. They either have small parts of are just playing themselves. If you want a drinking game around this movie just take shot when:

You’re not going to be able to stand up afterwards, I guarantee it. In fact, it might be even possible your liver will start failing. 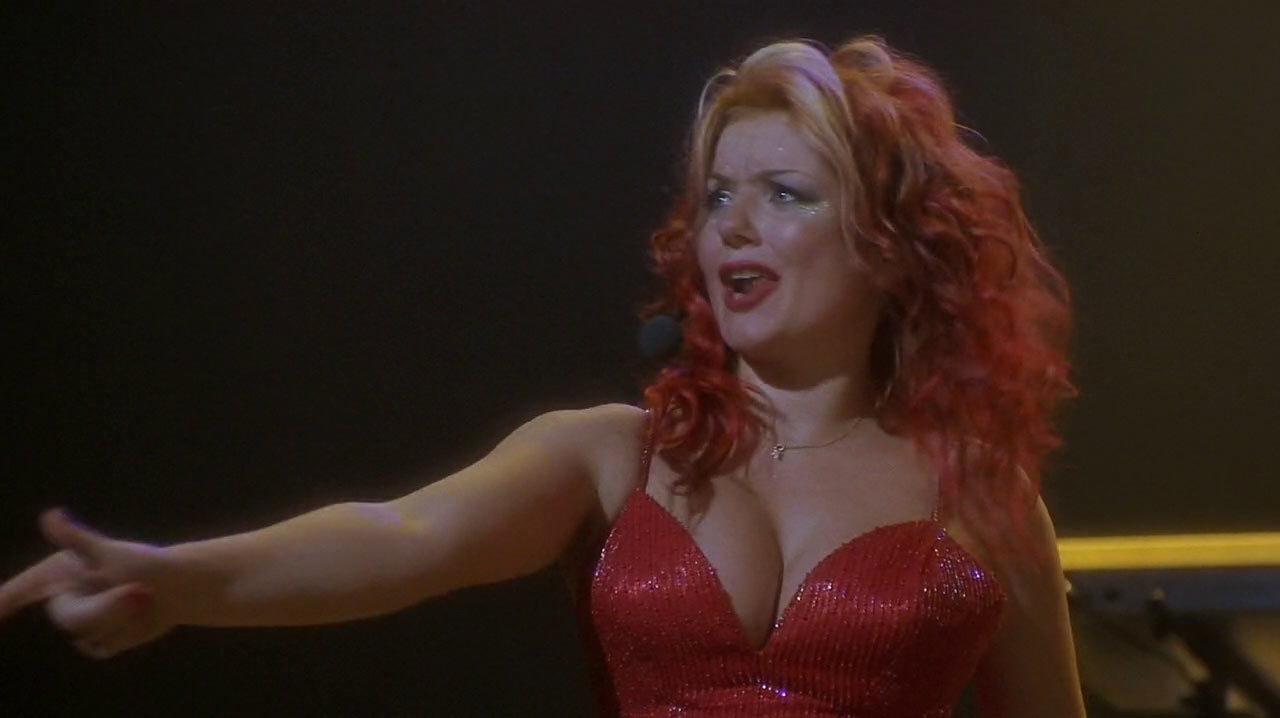 Ginger Spice always had quite the lung capacity

Yet as empty, shallow, poorly acted and badly written as this movie is, there certainly is a guilty pleasure aspect to Spice World. It’s a sense of nostalgia as watching it takes me back to my college years. The Spice Girls are nice to look at and the music is catchy. As terrible as it is, this movie actually knows it’s nothing more than a quick cash-in on the overnight success of the Spice Girls. Still there is a way to have made a better movie: make it a musical. Just write a flimsy story as in Mamma Mia or Rock Of Ages and stuff all those hit songs in there.