I grew up reading mostly Spider-man comics. This was during the late 80s and early 90s. There were multiple Spider-man comic books released every month, each by a different creative team. One comic book artist stood out above all the rest: Todd McFarlane. In his four year run with Marvel on two Spider-man books, he became one of the biggest names in the industry. At first the more conservative 10 years old me didn’t really like his style, but by the time I was around 14 years old he was my biggest inspiration when it came to drawing.

Suddenly he left Marvel and since I live in a small town in the Netherlands I had no idea what he was doing now. This was around 1994 so there was no Internet. That changed when I started to go to school in Amsterdam and found out that he’s been doing a book for three years now. The name of the book is Spawn and I made it my purpose to track down every issue. I succeeded and now have a complete collection of Spawn comics in my possession.

1997 would turn out to be one of the biggest years in Spawn history with the release of the movie Spawn. The movie was of course highlighted and hyped in the comics. So as a Spawn fan this was one movie I had to see in a cinema. But no matter how long I waited, it never came. 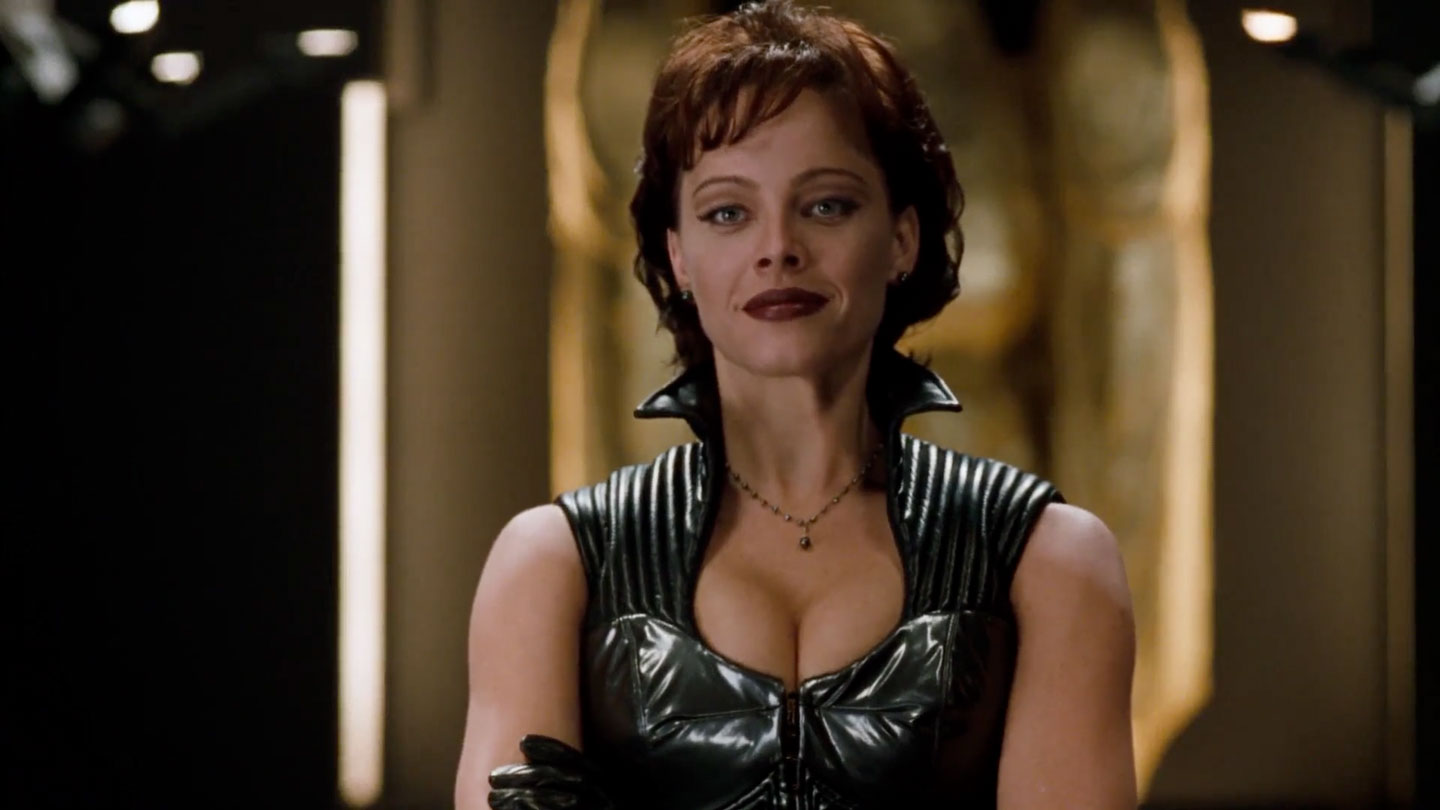 It wasn’t until early 1999 when a classmate came to me and asked me if I had seen the Spawn movie. When I said no, he replied that he could get me a copy on VHS. As you can tell by this anecdote, the Internet was still in its early stages. There were no widely used peer-to-peer networks for one’s downloading needs.

The reason why it took so long for this movie to come out here was for a simple reason: it was a box office bomb upon release. Movies that fail to do any business in the U.S. tend to go direct to video overseas. But that can take a while. 1993’s RoboCop 3 wasn’t released until 1995 on video in the Netherlands.

Back then I looked at the movie through the eyes of a fanboy and I found it to be a decent adaptation. Especially when I compared it to similar comic book movies released at the time like Batman & Robin. But over the years, with every viewing, my opinion about this movie deteriorates. 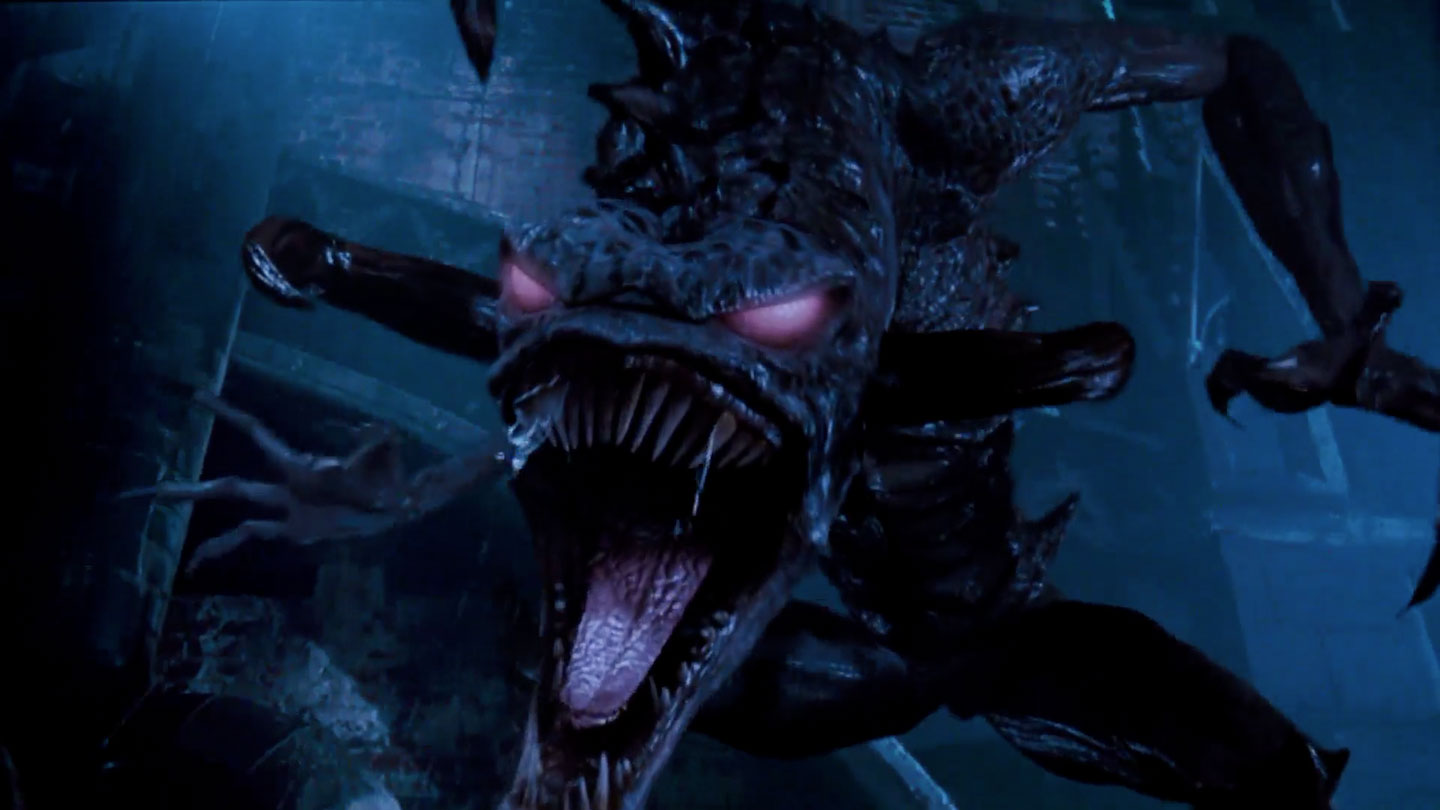 For those who are not familiar with the property: Spawn revolves around government mercenary Al Simmons. During a mission he is set up by his employer Jason Wynn and ends up in Hell. Here he makes a deal with the devil Malebolgia. He can return to Earth to be with his beloved Wanda again, but in return Al must lead the armies of Hell against the forces of Heaven. Back on Earth, Al finds out five years have passed, Wanda is happily married to Al’s best friend and he is so heavily burnt he’s unrecognizable. That’s what you get for dealing with the devil.

Spawn was mostly marketed as “The special effects movie event of the year”. It was 1997 and a lot of film-makers were experimenting with this still relatively new concept of CGI. Every year there would be at least one ore two big budget blockbusters which pushed what the people at studios like I.L.M. could do. Giving audiences something they have never seen before. Movies like Men in Black, Independence Day, The Lost World: Jurassic Park, Godzilla, Hollow Man and The Matrix to name a few. Back then you could draw crowds to the multiplexes on breakthrough special effects alone. 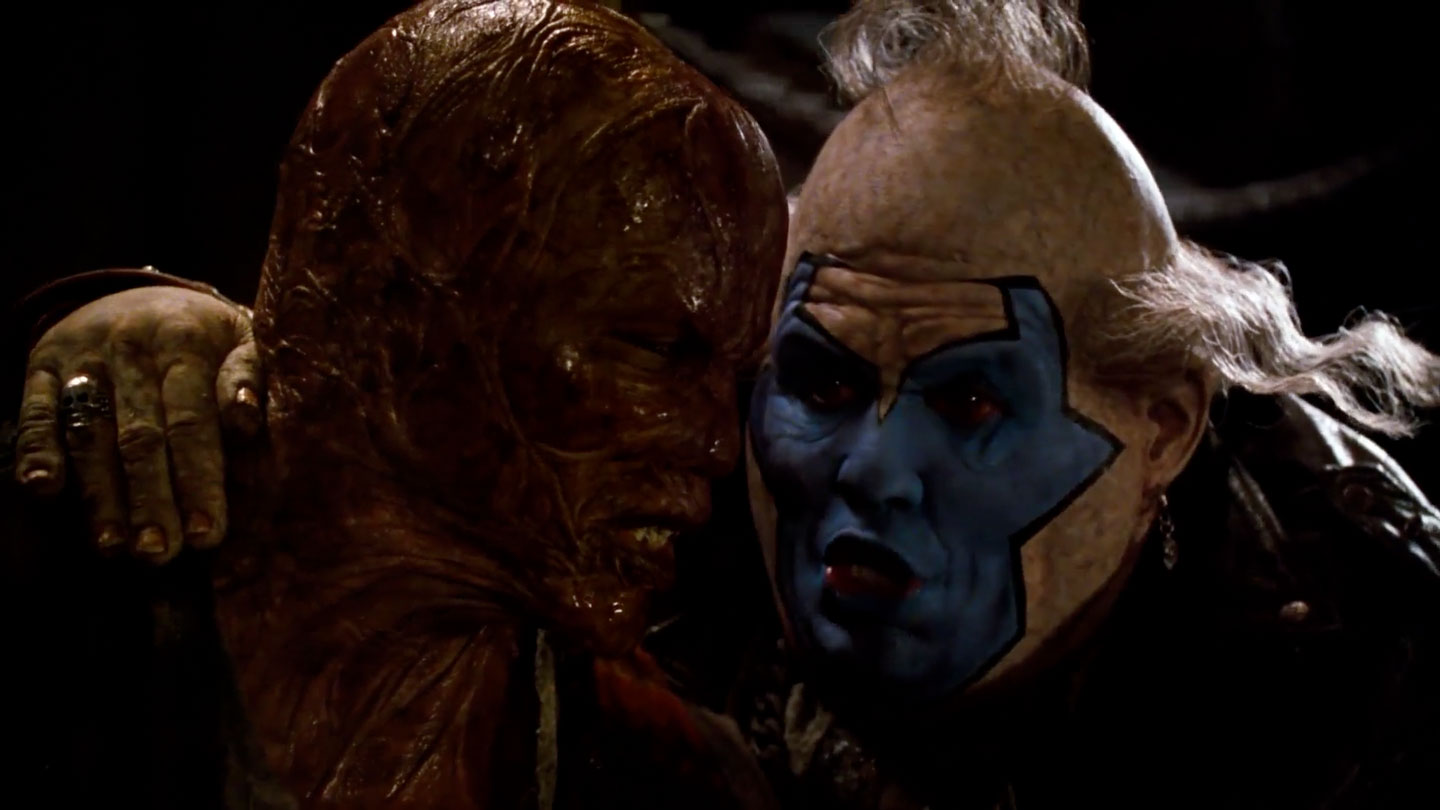 Directed by visual effects supervisor Mark A.Z. Dippé, Spawn relies heavily on special effects. This is also one of the movie’s biggest flaws. It relies too much on these special effects and often those effects don’t seem all that special.

This is especially the case with the scenes taking place in Hell and the biggest offender of bad CGI is the Malebolgia character. All of these scenes look like they’re cut-scenes from a N64 or Playstation game. The only time the special effects are done right is when it comes to Spawn’s suit. But even the scenes with the suit have their imperfections. The enormous cape which is seen in several scenes looks goofy en not realistic. The same goes for one of the movie’s big scenes: an alley fight between Spawn and his nemesis Violator. This is the most impressive part of the movie. But while Violator looks great in many of the shots, there are shots where parts of his body look annoyingly fake. Much like the snakes in Sy-Fy movies like Mega Python. 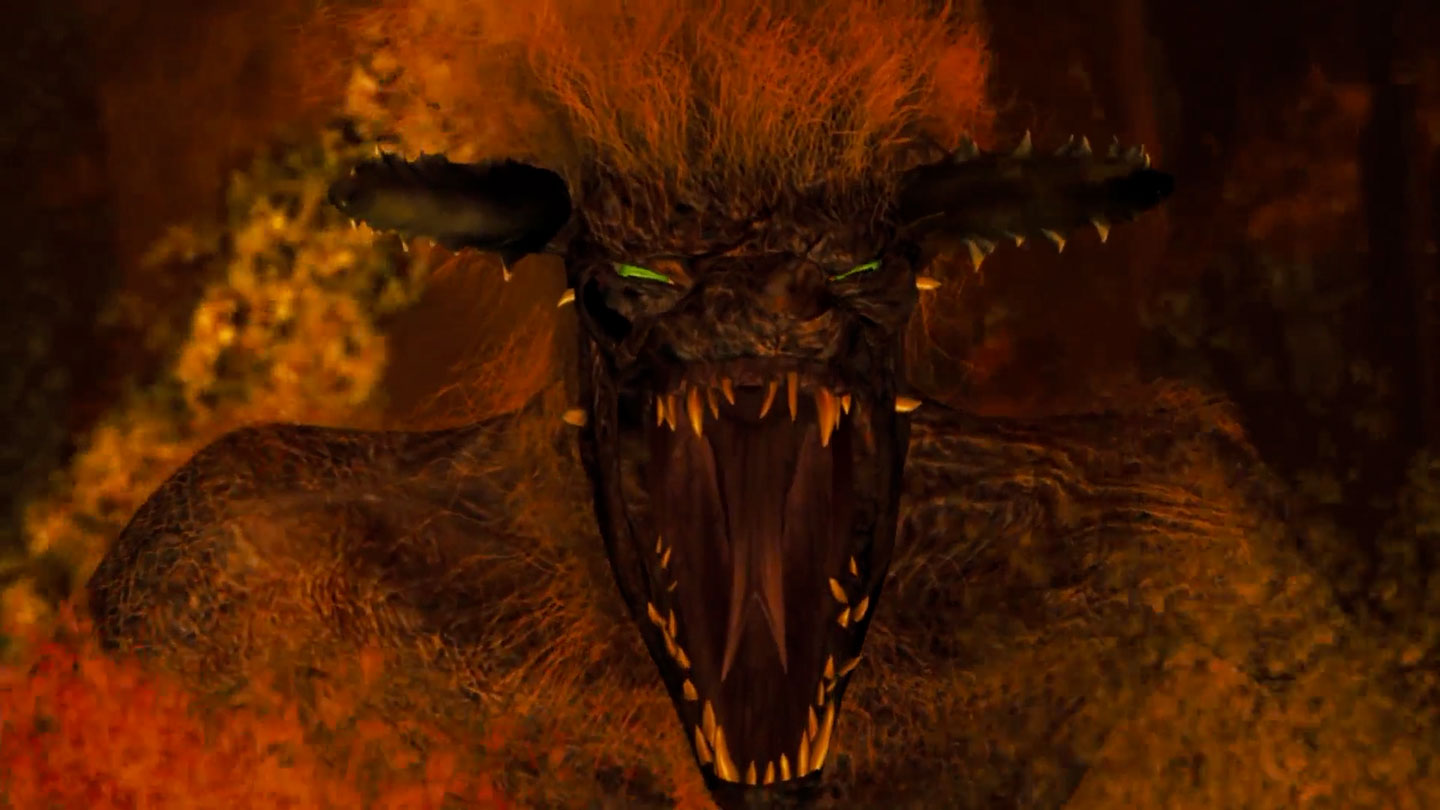 This is the Malebolgia. A character seemingly lifted from a computer game.

There is also so much use of unnecessary CGI. There are constantly computer generated transitions between scenes that have no real function other than to look cool. But the problem is that they don’t. They could have used the money they put into these transitions to better use, like giving the Violator’s tongue a decent texture in the aforementioned scene.

Spawn was made at a strange time for comic book movies. Warner Brothers proved they could be these box office smash hits with the Superman and Batman movies. But most of the other properties tend to fail with only a few exceptions like The Mask starring Jim Carrey. Even Marvel properties were hardly making a dent in the box office. The comic book properties that were given a movie treatment were not really household names. Tank Girl anyone? Even Marvel’s first success with Blade was just a minor character for the company.

Spawn is one of these independent properties and therefor they had to cram a lot of story into the movie. Most of this is done with monologues by a character named Cogliostro. He also serves as some sort of mentor to Spawn. But unlike the extensive training sequences with Luke and Yoda in Star Wars, Spawn spends about only 5 minutes something like this. It’s choices like this that make the story feel rushed. It has to tell so much in just a mere 96 minutes, that the movie hardly has a coherent story. 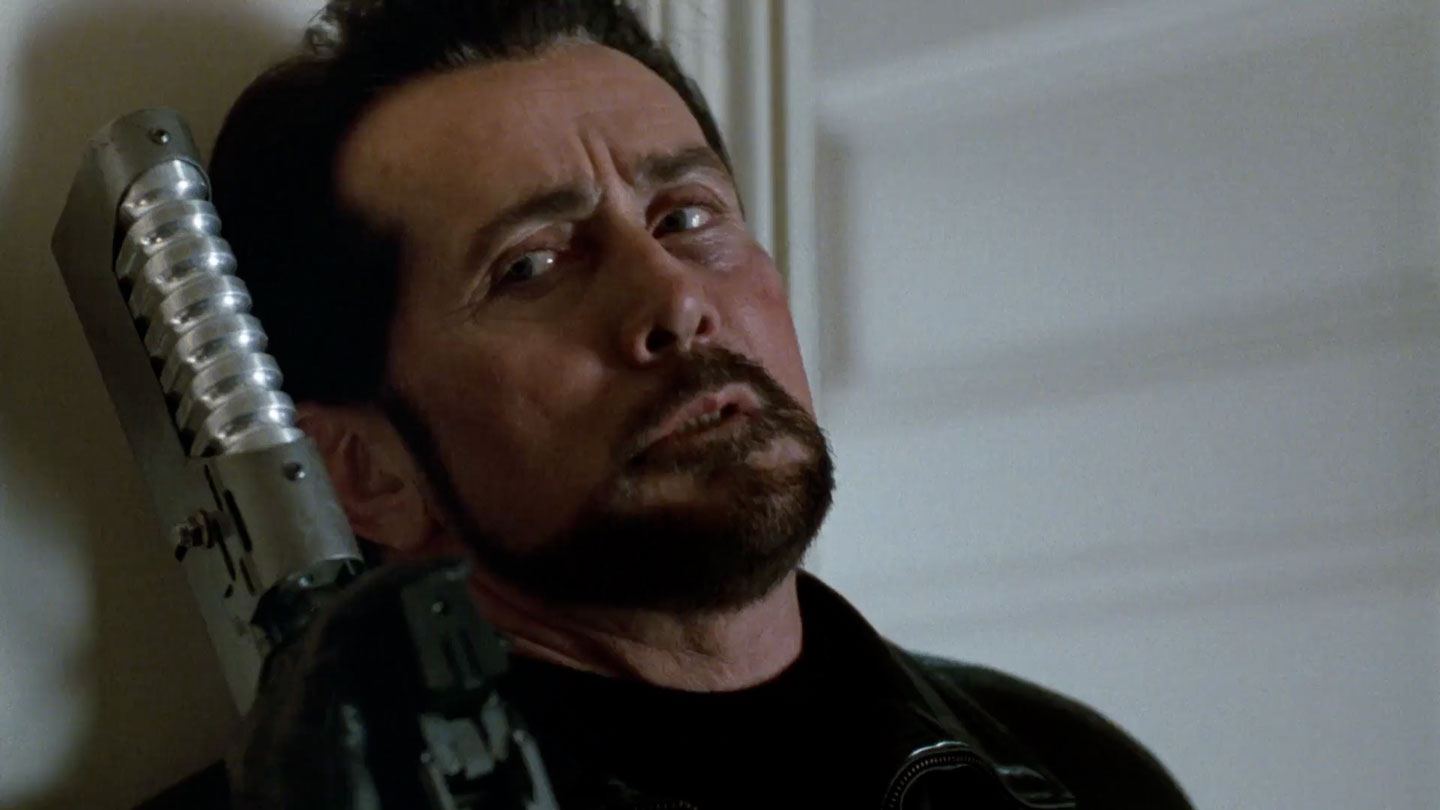 The people who are not to blame for this mess are the actors involved. They probably were all under the impression this was going to be the next Batman and it would become a franchise for them. Martin Sheen and John Leguizamo give performances that channel the Batman villains from the 90s movies. While the movie could have used less of Leguizamo’s Clown, it is a great performance. Michael Jai White tries his best with a character that is reduced to mostly snarling at others characters. But he isn’t able to make Spawn a three-dimensional character.

There is a lot of ambition on display here. You can tell that everybody involved tried to do the best they could do. But they should have hired a story teller as a director, and not a visual effects specialist. I really want to love this movie, and while it’s not without its merits, it’s right on the pile next to Tank Girl and Judge Dredd.