According to the IMDB Steven Seagal released 7 movies in 2016 alone. That is more than a movie every other month. For comparison: when he started making movies it took him seven years to make seven movies. You might wonder how he’s capable to put out movies at such a pace. The answer to that is simple: quantity over quality. Sniper: Special Ops is a great example of how his movies are just quick cash grabs. This also the last time I will be mentioning something that is “great” about this movie, because this is really a bottom of the barrel movie with hardly any redeeming aspect whatsoever.

The story is quite simple: a group of special ops rescue an American Congressman being held by the Taliban from a small deserted city in Afghanistan. Due to complications during the extraction sniper Seagal and a shot soldier are left behind. They hide in a building while the rest of the team returns to base. Since there’s no money or equipment for another rescue mission, the rest of the team must recover a stranded truck filled with munitions. The discovery of the daughter of a local Taliban leader in the truck leads to even more complications.

Before I get to the movie take a look at that poster. Mind you, this is the more flashy one. The other had the head of Steven Seagal badly photshopped on someone else’s body. At least this one has been made by someone with better skills. Still, both these posters feature Steven Seagal as the lead actor. He’s even given top billing and the title “Sniper: Special Ops” refers to his character. Him being the sniper and all. The truth is that Seagal is hardly in this movie and when he is on screen, he’s just sitting in a chair or laying on a rooftop looking through a the scope of a rifle. They don’t even put him into some hand-to-hand combat. You know, the thing he is actually famous for.
He probably shot all of his scenes in a day. Which is why he’s able to make so many movies in such a short amount of time.

For a movie called Sniper: Special Ops there isn’t a lot of sniper work in it. Only during the opening scene does Seagal show off his marksmanship. Though, to be honest, that scenes takes up about 15-20 minutes.

At one point in the movie he does seem to finally get into action as he says he’s going out to commandeer a truck. Instead of fighting his way through a platoon of bad guys and stealing a truck he sneaks outside, goes into a building where there’s a communications device and calls back to base to let them know they’re still alive and need an extraction. He then just goes back to the room his brother in arms is still at, since that guy has a busted spine and can’t walk. This might be the realistic thing to do, but I want some “extensive fightscenes”.

This movie is Steven Seagal’s equivalent of the “It’s something meme”. His efforts are almost non existing. All he does is show up, get in costume, say a few lines, get a paycheck. 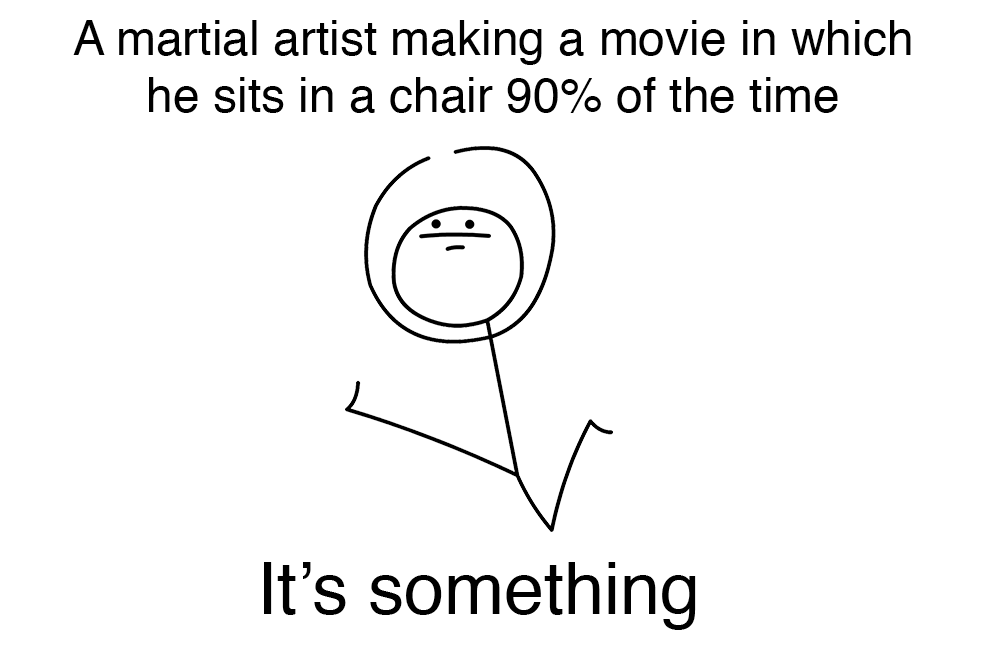 I like how the put ‘extensive firefights’ on the poster between quotes as a unique selling point. When was the last time you watched a movie because it contained ‘extensive firefights’. Which marketing genius came up with that idea?
Unlike putting Seagal front and center, this part of the marketing is actually true because this movie does have several lengthy firefights. None of them really exciting. These guys aren’t even able to hit a terrorist standing on a hill close by without anything covering him. Maybe they should have put quotes around the word “special” in the title.

The real lead of Sniper: Special Ops is Tim Abell, who is billed third. He leads the special ops team and has most of the screen time and dialogue. He’s a decent actor but not capable of elevating the material that he has to work with. He’s stuck in a movie that is desperately trying to pass off some piece of California outback as Afghanistan. I kept on expecting the Sons of Anarchy riding right around the corner at any time, since that show takes place at similar outdoor locations. All of these elements really make this movie look as if it was made for under a million dollars. According to the IMDB this movie had a budget of $8 million. I’m not sure how trustworthy this info is, but if it is I’m really curious where they spent it on. My guess would be the catering for Seagal.