Watching a Pamela Anderson movie and expecting a good movie is the same as walking into a McDonalds restaurant and expecting Haute Cuisine. There are simply no good Pamela Anderson movies. Even her one and only attempt at making a decent movie, Barb Wire, was a failure. Snapdragon was her first movie and an obvious rip-off of Basic Instinct; a movie every erotic thriller made after it seemed to be ripping off. Just like that movie, Snapdragon revolves around a femme fatale. Quite literally as this lethal female is posing as a prostitute and killing men by cutting the artery in their necks with a sharp blade stuck between her teeth. Can you guess who is playing the role of the femme fatale? 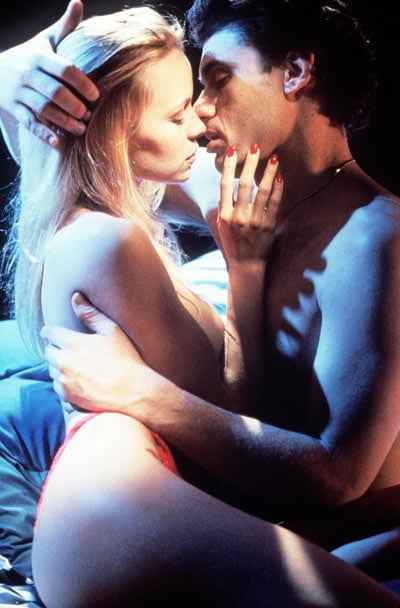 While Snapdragon is considered to be and marketed as a Pamela Anderson movie, she only receives third billing. The leads are played by Steven Bauer and Chelsea field who respectively play police psychiatrist David and a homicide detective named Peck. They also happen to have a relationship just to make things more complicated.
While David is strictly a psychiatrist who consults on police cases he does take a patient named Felicity (Anderson) after she claims to only trust him. She’s an amnesiac found at the bottom of a cliff at the beach, with no recollection of her past no foul play can be ruled out.
Meanwhile Peck is trying to solve a case about the serial killer prostitute. What are the odds that the serial killer and the amnesiac are the one and the same? And that’s where Pam’s acting chops come in as she’s this fragile young woman in her scenes with the shrink, and a sexy serial killer prostitute in all of the other scenes. This requires quite a bit of acting, and by acting I mean taking her clothes off in every other scene. This movies relies so much on her naked body that even the press-photos that are made for this movie consists of her naked. As if they are peddling a porn movie.

In Basic Instinct Michael Douglas wasn’t a pretty intelligent cop; fucking the prime suspect of a sexual murder case isn’t the smartest of moves. In fact it’s pretty stupid. Sticking your genitals in a wasps-nest is considered to be a smarter move than that.
But as stupid as Michael Douglas might have been, he looks like Albert Einstein compared to the unethical approach David takes with his one and only patient. Apparently having sex with your patient is one way to help her get her memory back, as these two have multiple sex scenes throughout the movie. They spend more time on screen having sex than having actual therapy. Even after getting caught in the act with her by his girlfriend he keeps on banging her. Hell after finding out there is a rather large possibility, say with a 100% certainty,  that she is connected to the murders he keeps on having sex with her. David is drawn to her pussy like a bear is to honey. He should have his license revoked and quickly. You’re a psychiatrist Dave! All your patients have issues Dave! 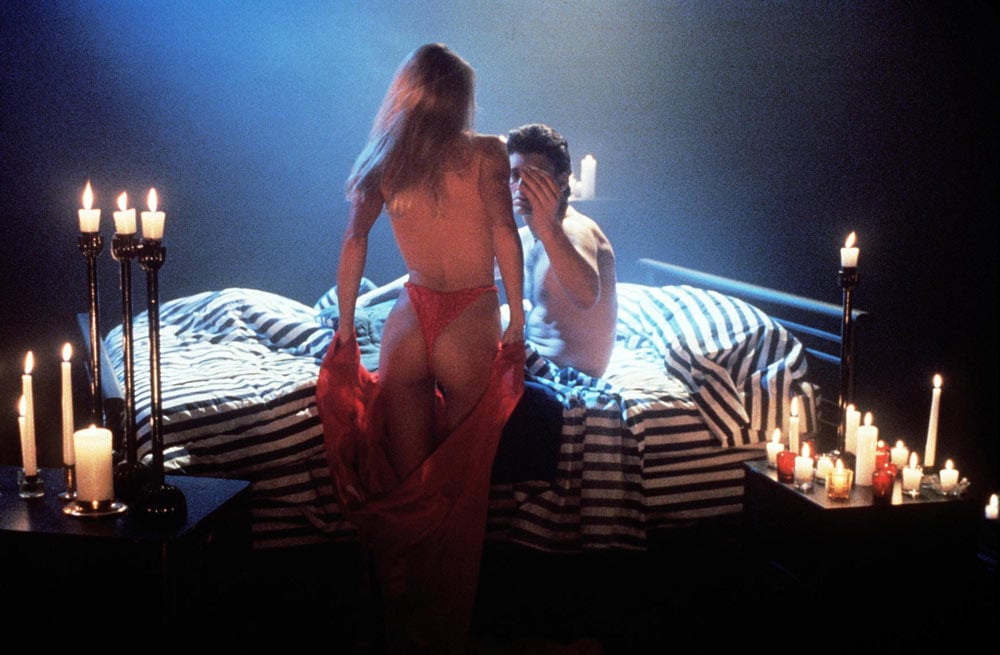 It would take me longer to set up all those candles than the actual deed.

If you take away the murders, Snapdragon is pretty much an episode of Red Shoe Diaries. Pamela is responsible for all of the on screen nudity as for some strange reason Chelsea Field keeps her top on in both of her sex scenes. A strange choice considering that she did do nudity before and this is, as the poster states it, a “psycho-sexual thriller”. Nobody is watching this because the murder premise sounded so damn interesting Chelsea. Refusing to do nudity in a pyscho-sexual thriller is a lot like going to the beach on a hot summer day in your winter clothing: you might feel comfortable, but you look pretty out of place.

I’m sure that if you ask any of the people involved in this movie ask about, they will suddenly have amnesia themselves. I hope for their sake that they don’t end up with David the psychiatrist, because he won’t only examine your mind, but the rest of your body as well.