It’s always funny how movies that during their release have controversy surrounding them spawn sequels which nobody is pissed off at or similar themed movies that are do not stur up some concerned parents committee. Silent Night, Deadly Night did piss people off by featuring a killer Santa resulting in it being yanked from the theaters while the sequels came with little media attention and even movies like Santa’s Slay are being made and released without anybody actually protesting it. Fun fact is that Santa isn’t doing the killing the movie, just someone dressing up as Santa, so don’t expect any killer elves.

Silent Night, Deadly Night is a slasher but tries to be more than just that. Instead of focusing on a group of teenagers that get picked off one by one the movie puts its focus on the killer: 18 year old Billy Chapman who was traumatized when he was young when he saw a guy dressed up as Santa kill his father in cold blood and do the same thing to his mother as well but not before sexually assaulting her. And that was right after is so-called catatonic grandfather talked to him and warned him about how Santa was going after him since he knew he has been naughty. Of course that is only the beginning because Billy is sent to an orphanage run by Mother Superior, a nun that thinks punishing the kids through beating them is the way to correct them. It is here when he learns that sexual behavior is bad and should be punished. Together with his traumas Billy becomes a ticking time bomb which explodes on Christmas eve when he’s 18 and working in a toy store. The store manager has him dressed up as Santa all day to entertain the kids when after closing time he is a witness of two colleagues getting very friendly but the guy tries to force him on the girl. Billy goes berserk in his Santa outfit and kills all his colleagues before going on a rampage which will eventually lead to Mother Superior.

What sets the movie aside from similar movies is that Billy, the killer, is the center point of the story. His back-story takes up the first 30 minutes of the movie and it will take another 15 before he starts his killing spree. The movie is set up in a way that we root, or at least care for him despite the fact that we know that things are going to end ad for them. Other than Mother Superior most of his victims are just random people he encounters and we don’t really get to know them other than a few of his colleagues who he dispatches of first. 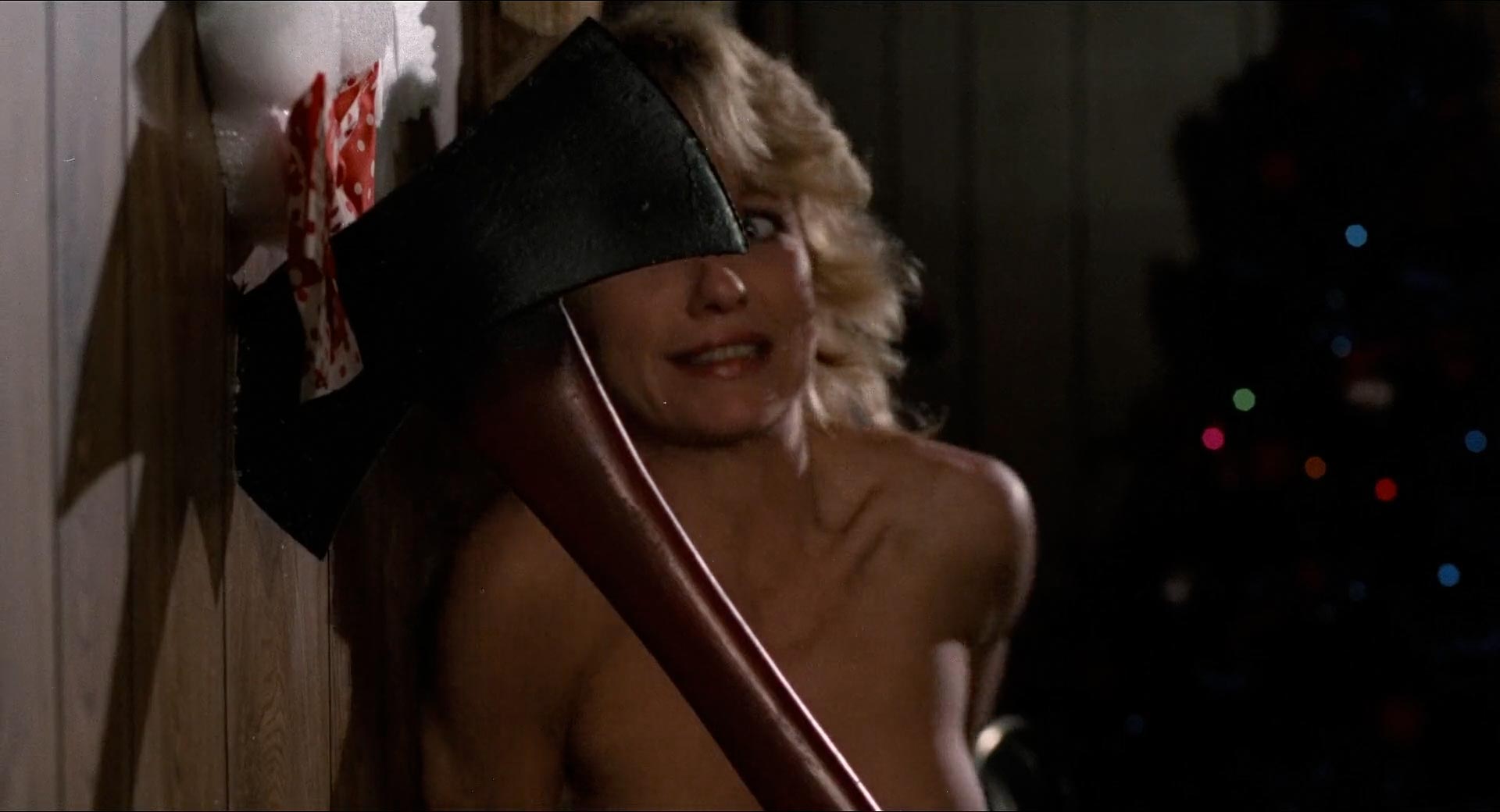 But despite the original approach the movie isn’t very good. The acting isn’t really good and even the lead Robert Brian Wilson is a sorry excuse. His Billy is bland, boring and unconvincing. This is not the guy we care for even though we know what shitty youth he had. The guy is pretty uncharismatic and his character not very interesting.

The direction is bleak as well, the movie looks like it has been shot by an amateur and especially the exterior scenes have no real quality to them. They could have used a more photogenic location instead of a Utah covered in snow.

The movie tries to link the violence of the religious Mother Superior to Billy’s deeds. A nice move which we partially saw earlier in Carrie. It’s one of the few parts that convinces although Mother Superior is a textbook religious villain. Always punishing instead of listening to the children she’s supposed to take care of.

But even the message can’t really save Silent Night, Deadly Night which could have been a whole lot better in more capable hands. The acting is weak, the direction likewise. The story tries to be more than just a simple slasher but in the end fails.