When the slasher franchise Friday The 13th reached its sixth installment subtitled “Jason Lives” the series had reached a point where they could not longer take itself seriously. The result was a slasher that played with the standard conventions of the genre and went for a tongue-in-cheek approach. To emphasize this they parodied the famous James Bond gun barrel sequence by having Jason walk on and throw a machete to the camera. Like “Jason Lives” the third Sharknado movie also has a spoof on the gun barrel sequence as returning star Fin (Ian Ziering) walks on and throws a chainsaw to the camera.

With Sharknado 3 the world’s unlikeliest franchise has come to a point where it’s so familiar with the conventions it two predecessors have set, it embraces them and gives the characters a firm sense of self-awareness making it the goofiest Sharknado movie to date, which is a feat considering the content of the other movies.

Sharknado 3 starts off with the aftermath of the previous movie as Fin is being decorated by the president for his heroic actions, though skeptics are wondering as to how the Shepard family is constantly coming out of Sharknados alive while dozens of other people are killed by them. Sharknados are now a known and recurring act of nature as yet another one is visiting Washington DC just as Fin is receiving the highest honor a civilian can get. Of course Fin saves the day once again alongside the president of the US as they blaze their guns through the shark-filled halls of the White House.

And that’s just the opening sequence. 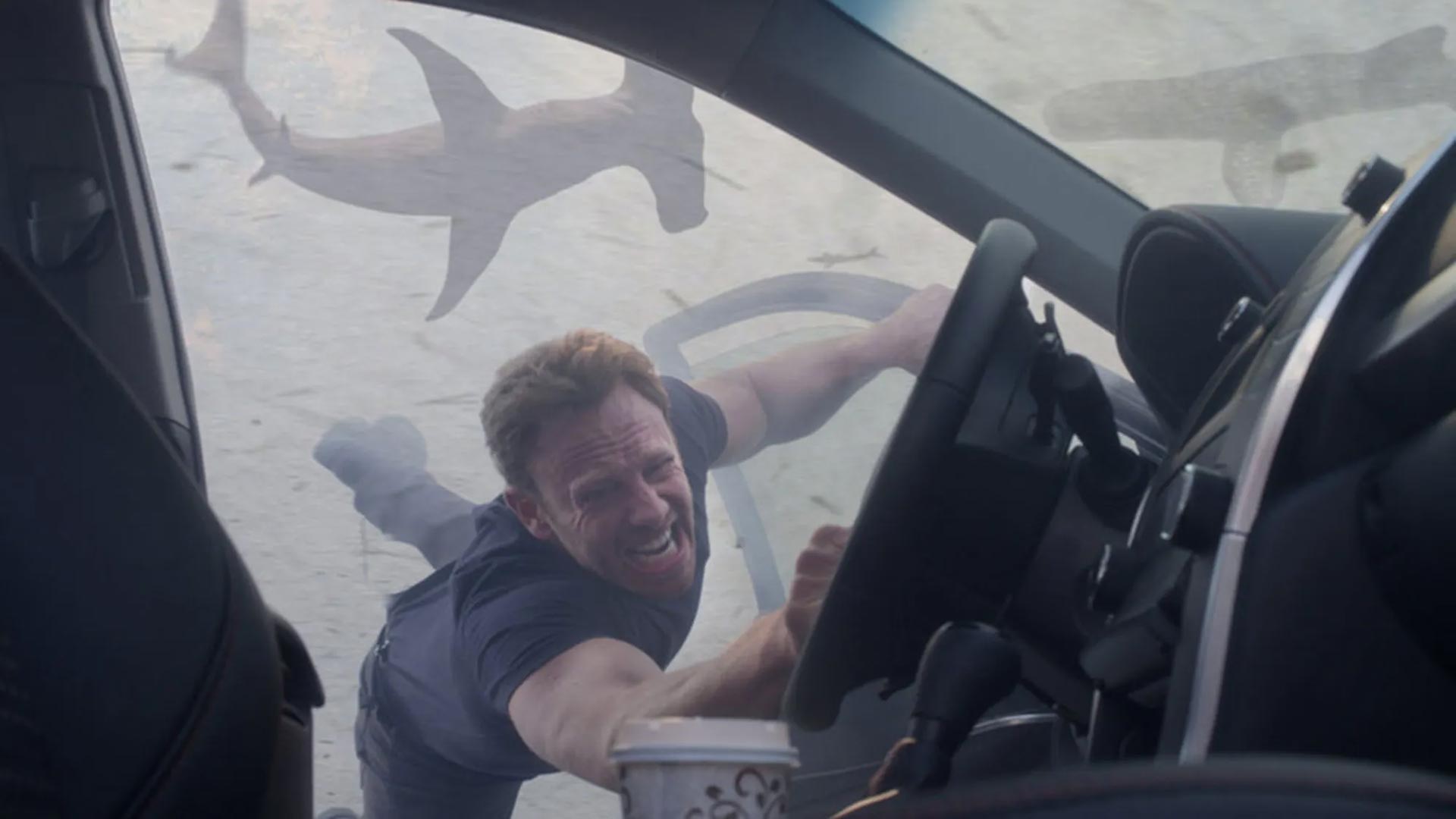 After the opening we’re brought up to date with the well-beings of the Shepard family. April and Fin are expecting a baby and daughter Claudia is disappointed because her father is more busy with saving the world than spending time with her. There’s also Nova Clarke returning from the first movie and who I’ve totally forgotten about. She’s a totally bad-ass sharknado-chaser now who likes to show off her cleavage a lot and teams up with Fin in order to get to Orlando Florida where his family is visiting the Universal Studios amusement park. The game changer this time is the threat of two enormous sharknados joining, creating a sharknado wall destroying everything in its path. To prevent this from happening Fin will have to go up into space together with his dad played by David Hasselhoff, one of many familiar faces popping up. 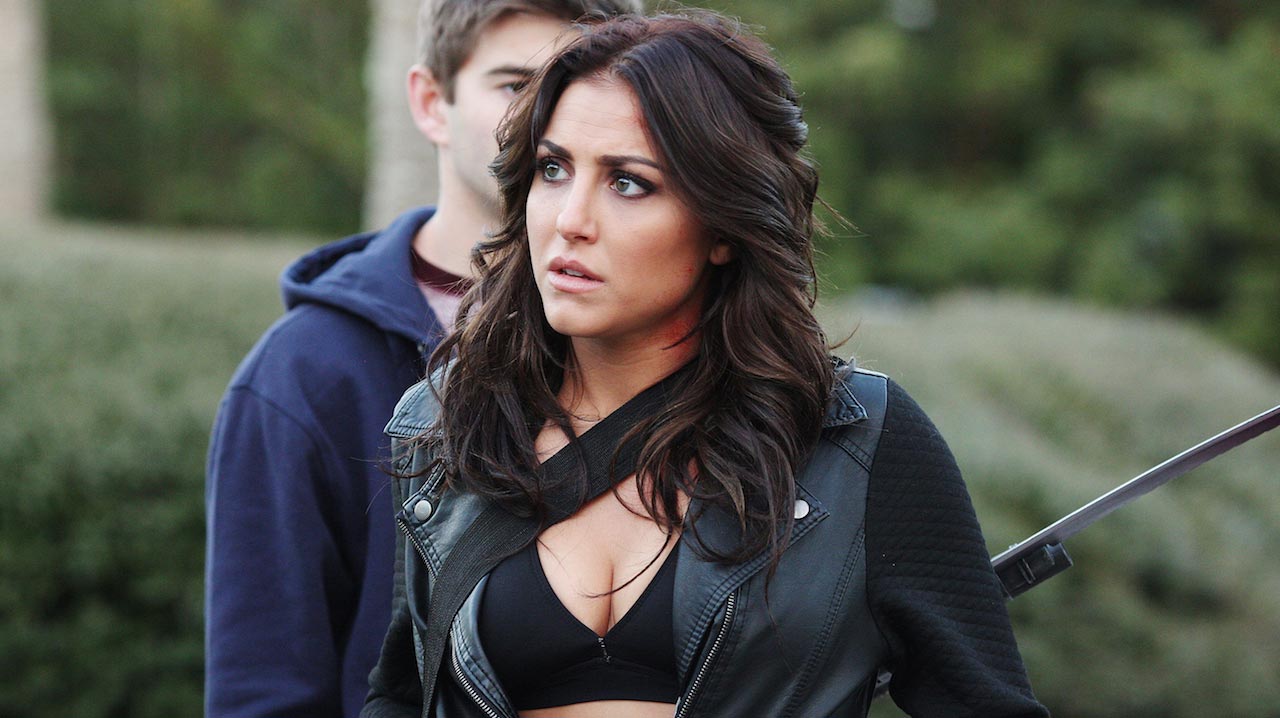 The only way to enjoy Sharknado is to forget about logic and simply enjoy the ride. While the gimmick is growing stale now the result is surprisingly watchable and never boring, something which can be considered quite a feat with this type of movie. The whole sharks-coming-from-the-skies element has a bit of a been there, done that feel to it, but the innovative ways the sharks are killed make up for it. One is bludgeoned to death with a bust of George Washington, another one lands on the Lincoln statue’s lap, there is one impaled on a flag pole recreating the famous Iwo Jima picture and so on, and so on. This being a sharknado movie, it wouldn’t be complete without a giant rolling element and after a Ferris wheel and the head of the Statue of Liberty, Sharknado 3 gives us the Universal Studios globe being launched with the Shepard family in it.

Speaking of the Shepard family: they are basically cartoon characters in a live action movie as the laws of physics or limitations of the human body don’t seem to apply to them. They don’t even have a bruise or experience dizzyness after exiting a giant rolling metal ball and they can even survive inside a shark burning through the atmosphere. The only part of the Shepard family that isn’t impervious to sharks seems to be April’s hand which has been replaced by a prosthetic, and can easily be swapped for a chainsaw, because that is apparently the ideal weapon against sharks as it’s almost everybody’s weapon of choice. Well that and automatic rifles. 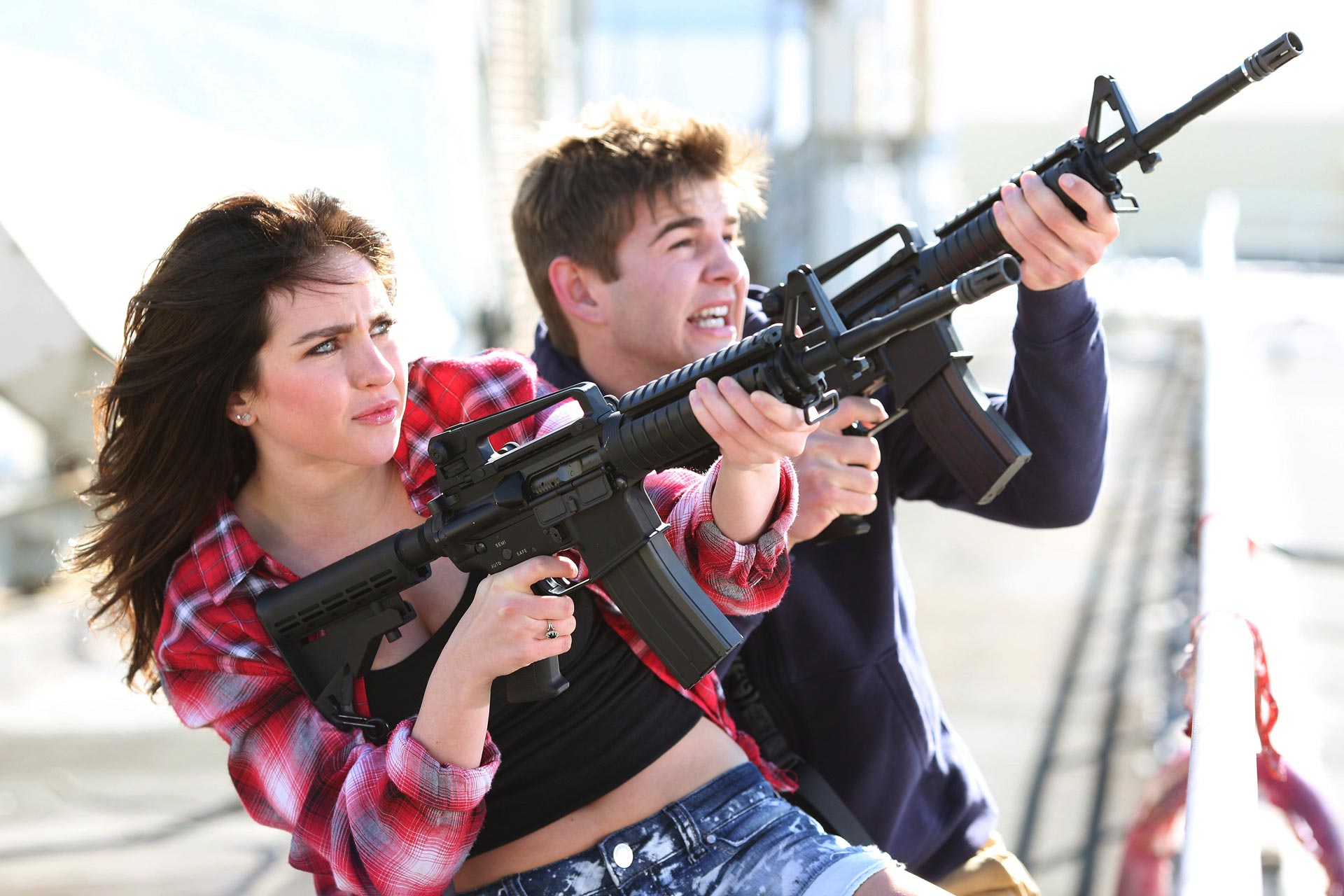 Sharknado is full of small cameos, some of which are great (Jerry Springer, Lou Ferigno) but a lot of them consist of people only well known to citizens of the US, which made me miss out on quite a few in-jokes. In the next Sharknado movie, and there will be a next one since it’s promised, they should pick celebrities who are known world wide, like Kelly Osbourne in Sharknado 2. 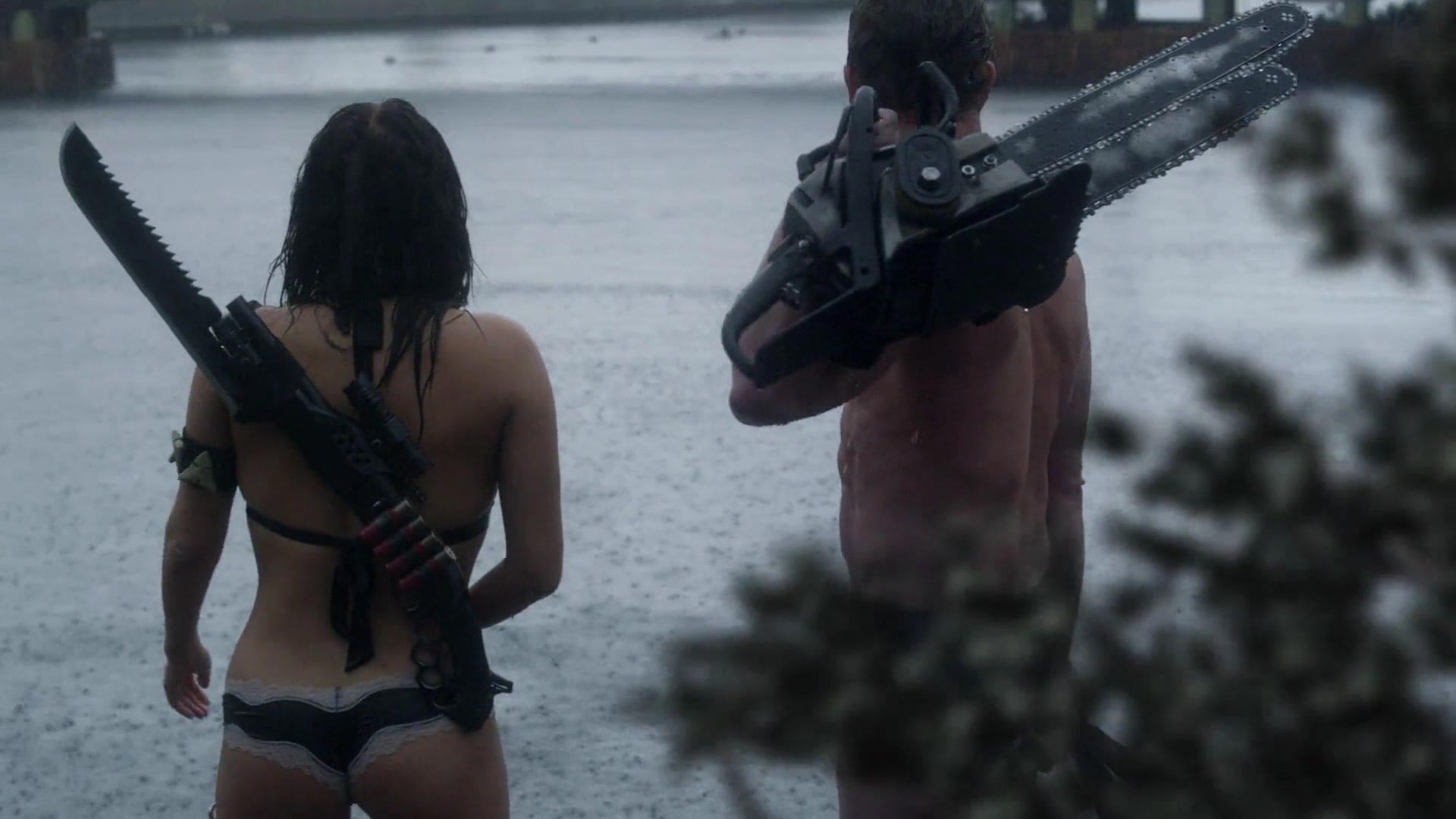 If you (mildly) enjoyed the previous Sharknado movies, chances are you’ll enjoy this one on the same level. It’s more of the same, but the fresh dose of self-referential humor makes up for it. It’s not a great movie, but it was never intended to be one. It’s a Wednesday night SyFy movie, what do you expect? This franchise is purely running on all the creative settings and the inventive ways to kill a shark the writers can think of. Completely disregarding the laws of physics and nature. At one point April and Fin have this discussion while battling of sharks on a space station:

Should number 4 be airing this time next year, they have to come up with something really fresh again which is quite the task given that this one has gone where a lot of horror movie franchises have gone before: Space.