The spark that reignited the Child’s Play franchise was the hilarious Bride of Chucky in 1998. It’s followed six years later by Seed of Chucky which continues the tongue-in-cheek element and brings back Jennifer Tilly in both human and doll form. Like Wes Craven’s New Nightmare and Scream 2 and 3, Seed of Chucky brings a whole meta-element to the series where people like Jennifer Tilly and Redman play themselves and an actual movie about Chucky is being filmed at the beginning of the movie. 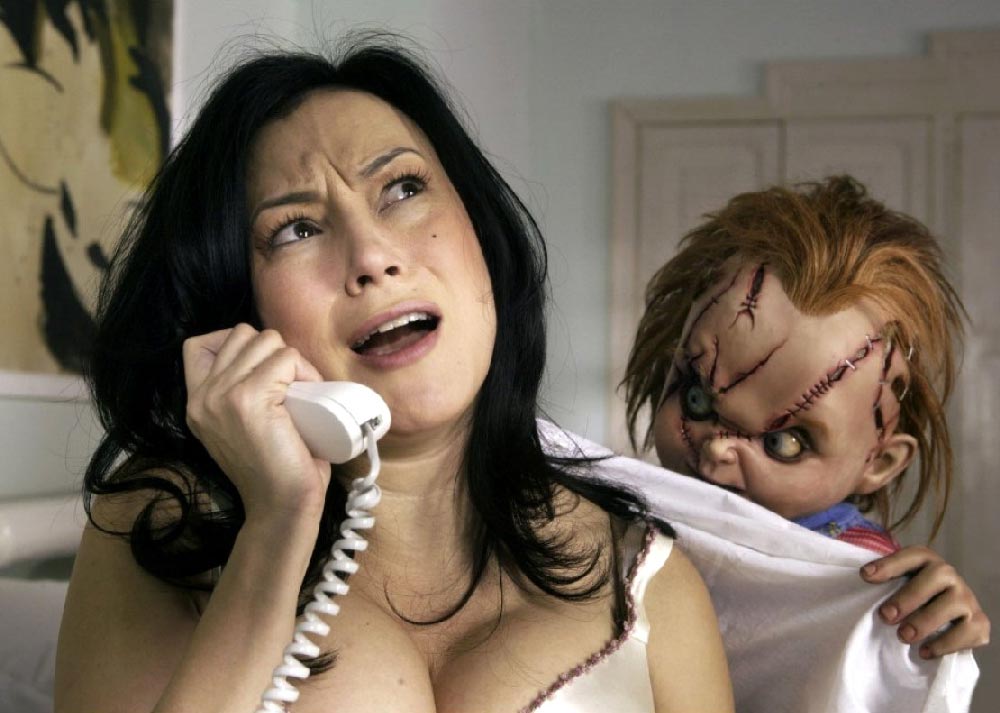 Throughout his career Chucky had his fair share of resurrections: a newly assembled body, his blood in a vat of molten rubber, a Voodoo for Dummies book. In Seed Of Chucky the resurrection of both Tiffany and Chucky hardly makes any sense. Their son, which we saw being born at the end the previous movie finds out he apparently isn’t an orphan when he sees a promotional video for the new movie “Chucky goes Psycho” on TV. He manages to travel to the movie studios and finds out that his parents are just animatronics. But when he reads out the words on the Heart of Damballa amulet both dolls come to life and have the original souls of Chucky and Tiffany in them. How could this be? In previous movies souls had to be transferred or body fluids had to be mixed. Would this mean that if I used this spell on my Optimus Prime transformer in the attic he would automatically get the soul of the “real” Optimus Prime? 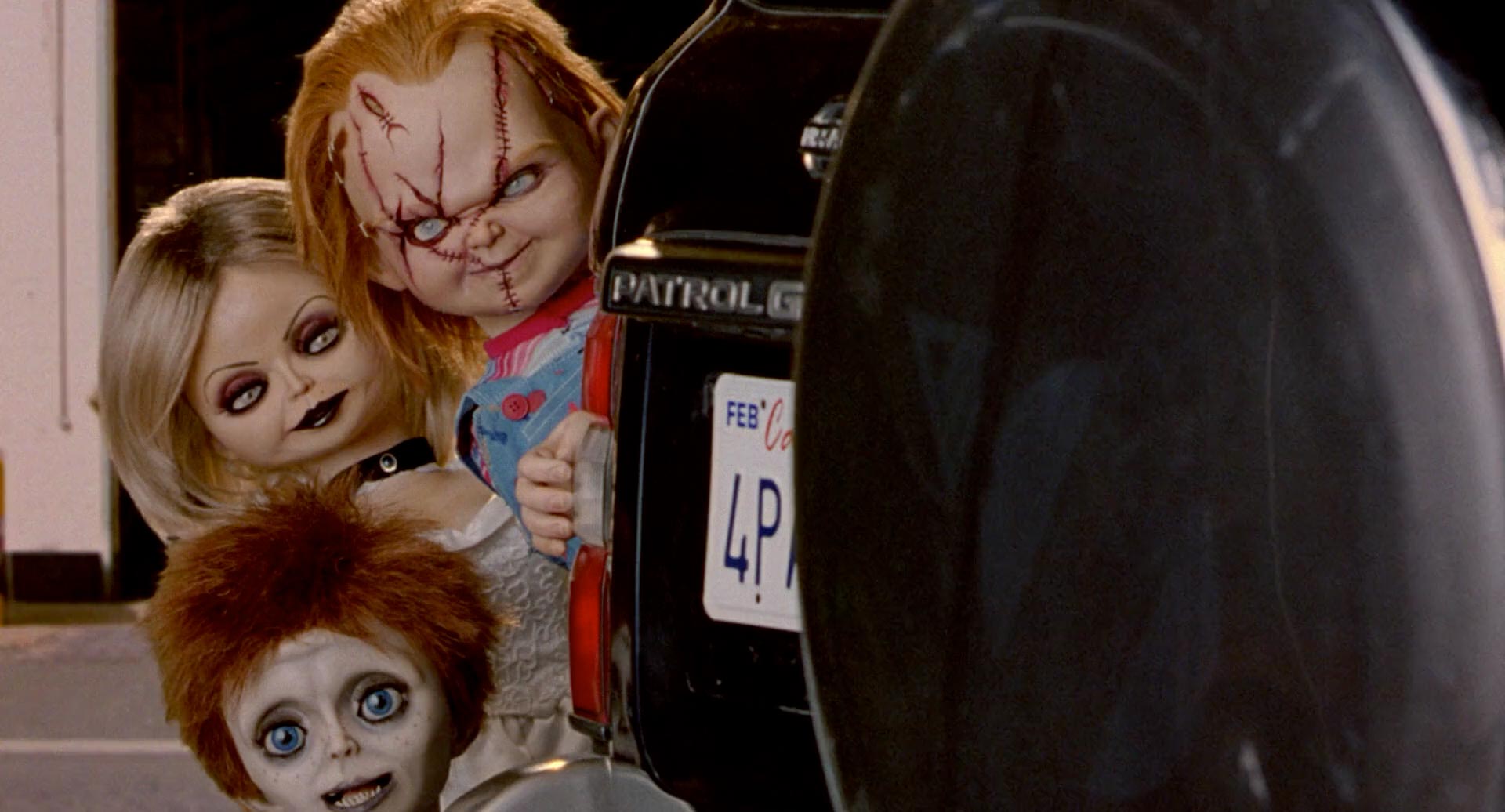 The greatest thing about Seed of Chucky is without a doubt Jennifer Tilly. Yes, she outshines Brad Dourif’s voice work with ease. She gets all the good one-liners and plays with her image and her career; an Oscar-nominated actress now doing horror movies. In fact, somewhere hidden in Seed of Chucky is a very funny comedy about an actress whose career has stranded and is doing anything to get it back on track again. Sadly there’s also a movie in here about two killer dolls and their kid who’s gender is unknown. The whole Glen/Glenda story line falls flat: the doll is anything but cool looking, it’s quite annoying actually and the constant pissing himself gets old the moment he/she does it the first time. 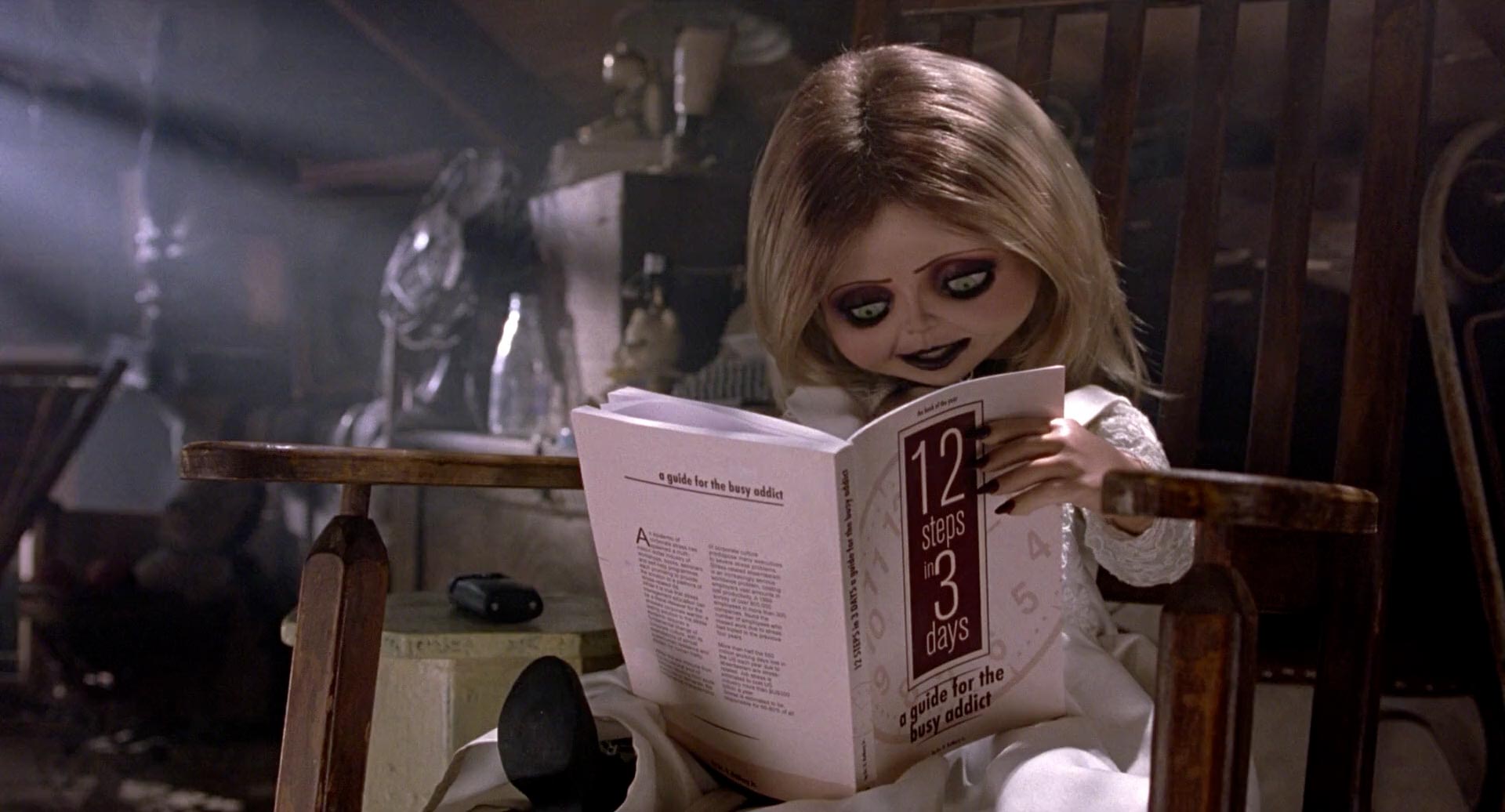 The majority of the movie takes place in Tilly’s home, where she’s seducing Redman for a part in his movie about the Virgin Mary. There are all these scenes that reminded me I’m not watching a simple comedy, I’m watching a “farce”. People go in and out of rooms just missing another person or not noticing what is happening. One scene has Tilly in the kitchen talking to Redman who is unable to do anything but just gives her a stupid look because under the table Tiffany has just disemboweled him. Funny? Maybe a little, but there are to few of genuine funny moments that were meant to be just that.

I find this the weakest movies in the series, even worse than the generally hated part 3. At least that movie stayed true to its core. Though at 45 still very pleasant on the eye, even a voluptuous, slightly chubby, Jennifer Tilly can’t save this movie. They should have given her a sitcom, so she can become an Emmy-nominated actress.