I’m seriously in doubt here whether I should or should not reveal who the killer is in Return to Sleepaway Camp. When reviewing a movie you should try to steer away from spoilers as much as possible but one of the biggest flaws of the movie is the killer’s identity. The moment this person appears on screen I slapped myself in the face and screamed at the screen; seriously? They think they can get away with that?
Unfortunately the rest of the 65 minutes the movie lasts it tries to present another character as the potential killer at which it fails, not only because of someone else already has a sign above his/her head stating “I’m the killer”, but also because this character is utterly incompetent. So incompetent he could hardly fake it.

I’m talking about what is the central character of the movie and probably the most obnoxious lead you will ever encounter in any movie ever. Alan, a fat kid that is bullied by other kids at the summer camp, but bullies kids that are on a lower social ladder just as much. Some counselors hate him just as much while some see him as someone who needs to be protected because he has no friends at all. In fact if it wasn’t for a kill every fifteen minutes this could have just as well been a movie about bullying. Alan is a character that is supposed to die within the first 10 minutes rather than being the central character of the entire movie. After that somebody is supposed to avenge his death, like in Friday The 13th Part 5. Now the movie tries to make us think Alan might be the killer resulting in a cringe-worthy 70 minutes of annoyance. 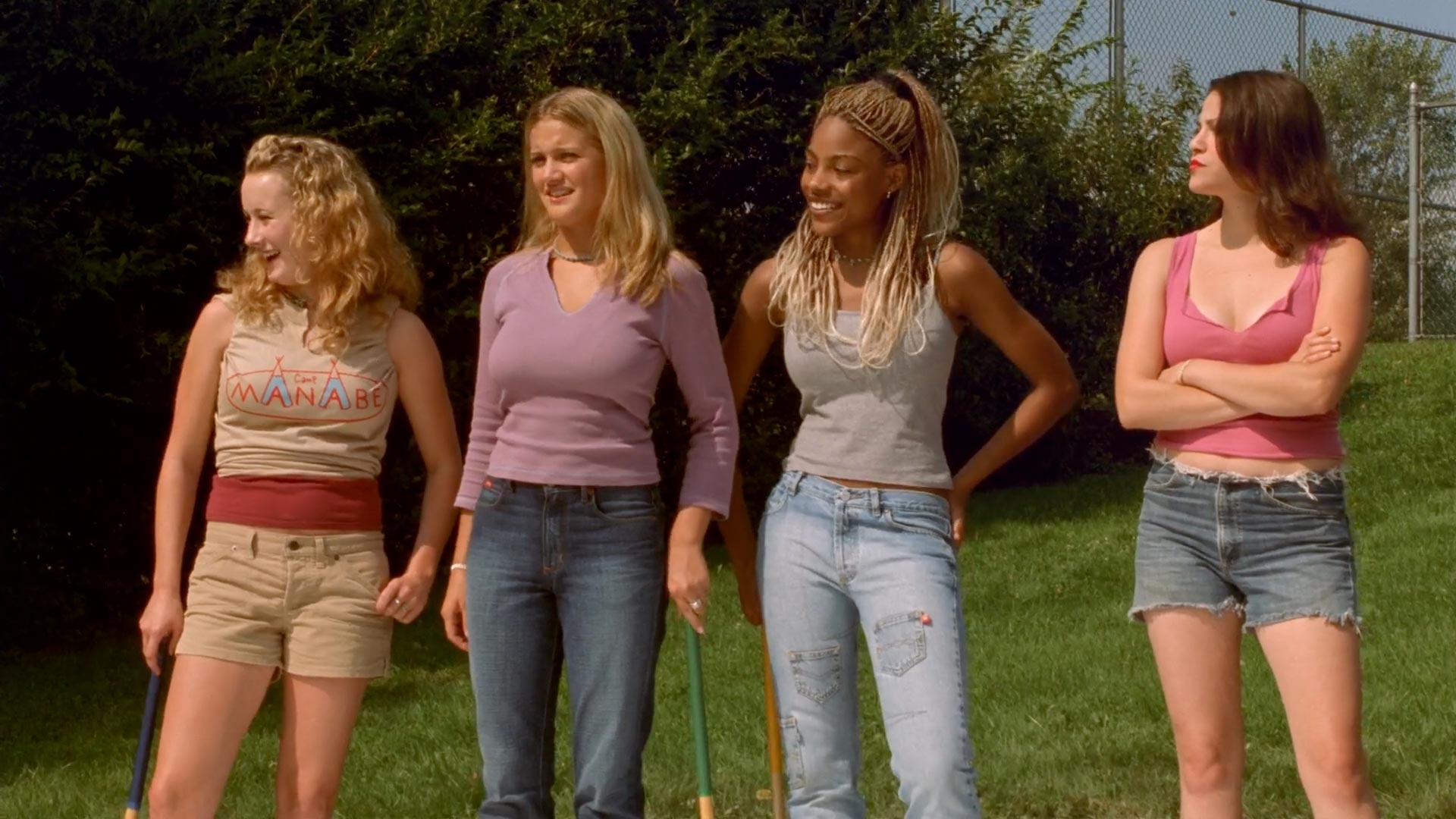 The movie is surprisingly low on plot actually, even for a slasher. The movie has absolutely no storyline other than kids bullying Alan, Alan being obnoxious and someone mysterious killing people connected to the camp. There are a couple of loose scenes here and there like the Sheriff questioning someone, but nothing that actually goes anywhere. In fact the only time we are really focusing on somebody else than Alan it’s someone that is about to be killed. Someone who we know little or nothing about other than their profession, hobby or both.

But there are some good things to mention about this movie as well. First of all there are some interesting casting decisions. Isaac Hayes plays a chef dressed in the same way as his character on South Park.
There are some creative murder sequences in the movie including a spiky bed, a castration done a piece of string and a 4 wheel drive, someone forced to drink gasoline after which a cigarette is lit and put in his mouth and more. Some of these scenes are only interesting to watch but lack a punch. The editing could have been done better and some scenes felt like they went on forever without getting interesting.

Next to Isaac Hayes there are some returning characters from the first Sleepaway Camp and Sopranos actor Vincent Pastore plays the head of the camp. Most campers are unexperienced teen actors and they suck at their job, especially Alan, but he is no worse than the rest. As always the camp is filled with young attractive girls, some of them having pretty impressive racks but Return to Sleepaway Camp is pretty sexless. No gratuitous nudity, no naughty action between boys and girls. The teens are here, but they left their hormones at home.

Despite some redeeming factors Return to Sleepaway Camp is a real letdown. Atrocious acting, not one character that is sympathetic, a weak script and some pretty bad make-up that has to conceal a character’s identity. Come on, a voice box and a glued on fake beard? Oh damn, I did it.