Ah the 80’s: when teen sex comedies were drawing pubescent crowds to the multiplexes and gave teen boys a reason to run off to the video store and constantly replay certain scenes on tapes they rented on their VCR. Porky’s is probably the most famous installment providing audiences with laughter as well as boobs. Most of these movies have the boys and the girls be of the same age, and whenever there was a more older woman involved the playing field was leveled by having the boy being confident like Finch and Stifler’s mom in the American Pie franchise. It doesn’t hurt that boys are mostly played by men in their early 20’s.

And then there’s Private Lessons… 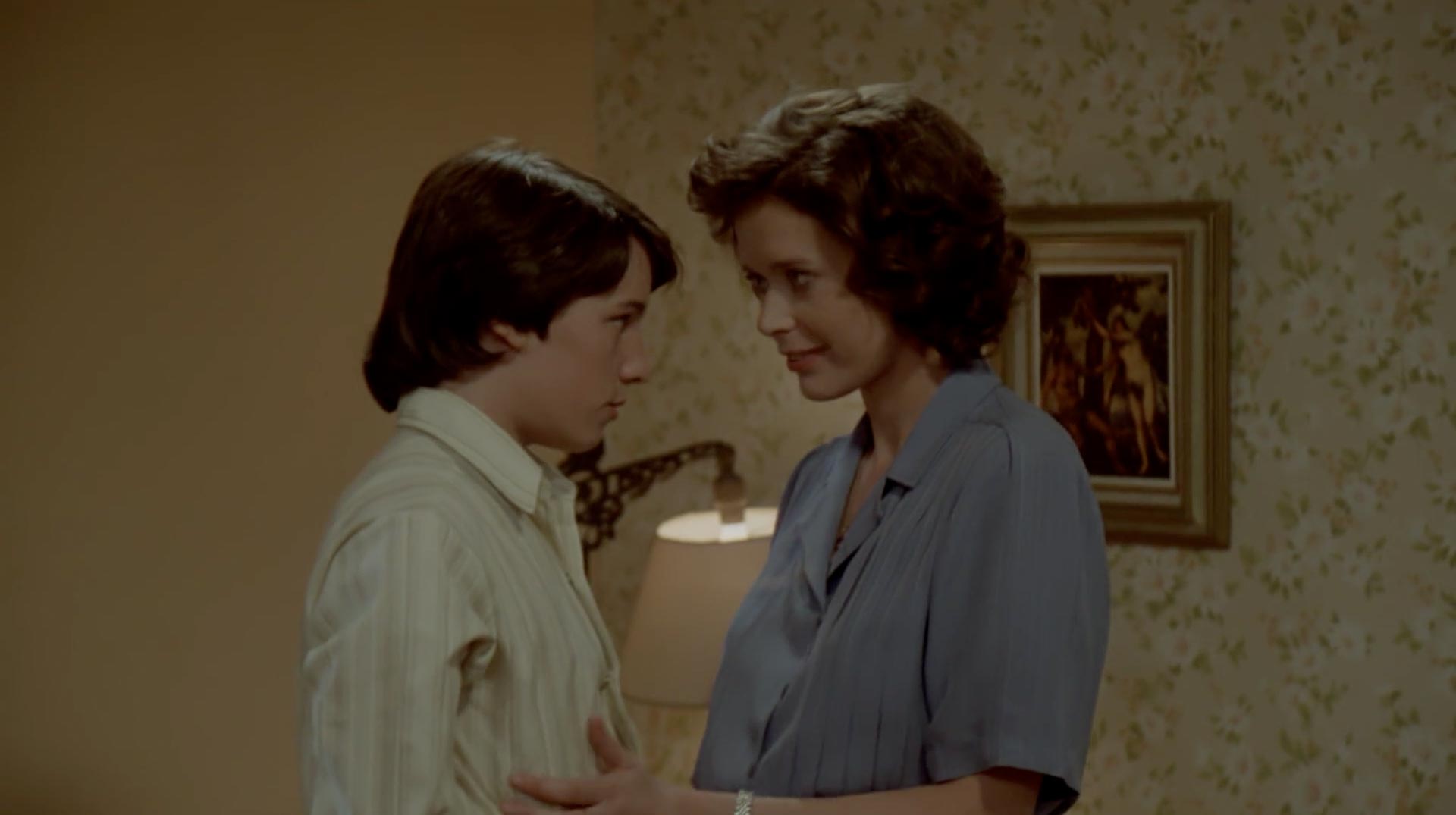 Private Lessons is the titillating story about a 15 year old boy with a healthy interest in the female variety of the human species. He fantasizes about his 30 year old something housekeeper but much to his surprise she actually comes on to him. It starts off with her wanting to undress herself in front of him, but quickly ventures into shared baths and even sex. That could be it, but Private Lessons goes further by incorporating a blackmail plot into the story which eventually results in car chases and everything.

“What happened to him should happen to you” is the tagline of the movie and it’s basically just as an inappropriate tagline as the one for Pretty Woman which is: Who knew it was so much fun to be a hooker?

In Private Lessons the 15 year old Philly (Played by 16 year old Eric Brown) is really insecure and housekeeper Mallow’s avances towards him borderline on rape. I can understand him being overwhelmed by her undressing for him, but the bath tub scene really was her coercing him into joining her while he was as hesitant as possible, even showing up in his swimming trunks. If this was a 30 year old guy trying to talk a 15 year old insecure girl into joining him in the tub for some intimate touching most people would be appalled. Then again the basic foundation for the plot is an average teenage boy’s fantasy. 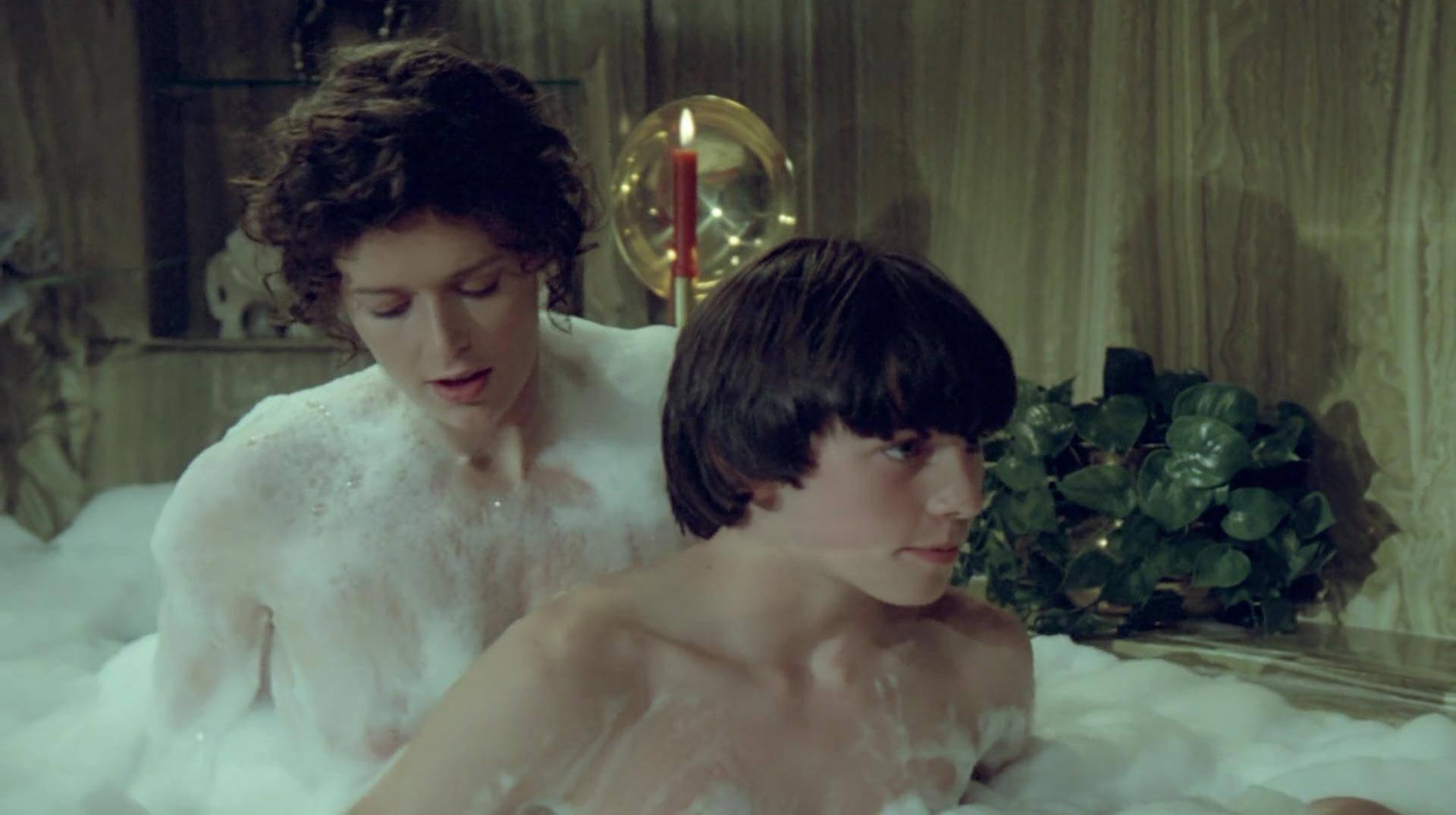 Moral issues set aside this is a bad movie. There are little to no laughs and only Ed Begley Jr. brings a certain quality to the picture when he poses as a police detective. It’s all poorly shot making the movie even more reminiscent of a soft-porno (with minors!). The acting is bad, the whole blackmail subplot has no real function to the plot other than provide Mallow (Sylvia Kristel) with a reason for seducing a boy half her age. If the movie had Philly be a little more secure and Mallow act out of instinct and not because she was blackmailed this could have been a feel-good movie about forbidden love and a teenage boy’s fantasy come to life. Let’s face it: when a male minor has sex with an adult female he rarely regrets it or sees himself as a victim.

Private Lessons is a movie with few redeeming qualities. The ending had me puzzled as even the bad guy of the movie never really gets his due. He still has his job driving for the family? The final scene was pretty nice as it showed Philly full of confidence wooing his teacher. A week with his housekeeper has made him quite the ladies man, though when he’s in his 30’s he’ll probably will be interested in the single ladies of the local nursing home.