The Poison Ivy series supposedly came to a close after the third installment “The new seduction” released in 1997. Apparently 11 years later, some producer saw some money in that long dormant, mediocre franchise and decided to create another installment, but this time a  movie that has no ties to the original and is aimed to go straight to video. The result is Poison Ivy: The Secret Society, which is really the low-point of this franchise and that is saying something considering this franchise mostly known for tricking out child stars in movies that border on softcore erotica.

The previous three movies revolved around a hot young woman who became responsible for tearing up families by seducing the man of the house. Only the second one was slightly different in its approach by having the young woman be the protagonist as she becomes an obsession to a married man, but aside from that it touched the same ground as both the first and third installment did. To me the series ended on somewhat of a high note with the third movie by having a young and beautiful Jaime Pressly seducing her way through the rest of the cast in a performance requiring her to be nude in every other scene, even incorporating some humor. While a mediocre franchise, the last one has become somewhat of a guilty pleasure to me.

Too bad I can’t say that of this sequel, which is actually a sequel in name only. The only recurring elements here are hot young women who have no problem doing nude scenes and have floral themed names. After Ivy, Lily and Violet we are now treated to Daisy and Azalea. Another somewhat recurring element is the use of a child star. In this Poison Ivy: The Secret Society, the protagonist is played by Miriam McDonald who had a role in the teen series Degrassi.
The lack of recurring elements could actually be a good thing as it prevents repetition and could create a movie that, as a Poison Ivy movie, would feel fresh and original. Sadly that is not the case here as Poison Ivy: The Secret Society feels like an episode of The Bold And The Beautiful mixed with the movie The Skulls and some gratuitous nudity thrown in.

The plot is relatively simple, though certain actions of the antagonist make it unnecessarily complex. The recently orphaned country girl Danielle “Daisy” Brooks (Miriam McDonald) moves from a small town to transfer to a prestigious, therefore expensive, school. Here she not only attracts the attention of the son of one of her teachers, but also that of a group of girls who apparently belong to the Ivy Society: a secretive sisterhood responsible for spawning CEO’s, senators and governors or so head-Ivy Azalea (Shawna Waldron) claims during an inauguration. Daisy hooks up with the son and is taken in by the Ivies, but will eventually find out that secret societies might not be all that cozy.

If this sounds somewhat familiar it’s because the whole secret society on a school campus being responsible for spawning high level officials and businessmen comes straight out of The Skulls. A movie loosely based on the rumors of a secret organization called Skull & Bones and most notably for starring a then unknown Paul Walker. It wasn’t a very good movie, so why someone picked it to serve as an inspiration to Poison Ivy: The Secret Society is a mystery to me. Fun fact: Both George Bush Jr. and Sr. are rumored to be members of Skull & Bones and because this movie was made when Bush Jr. was in office he could have very well been a reason the writer chose this plot. George Bush as the inspiration for a made for TV soft erotic movie. Let that just sink in for a minute. 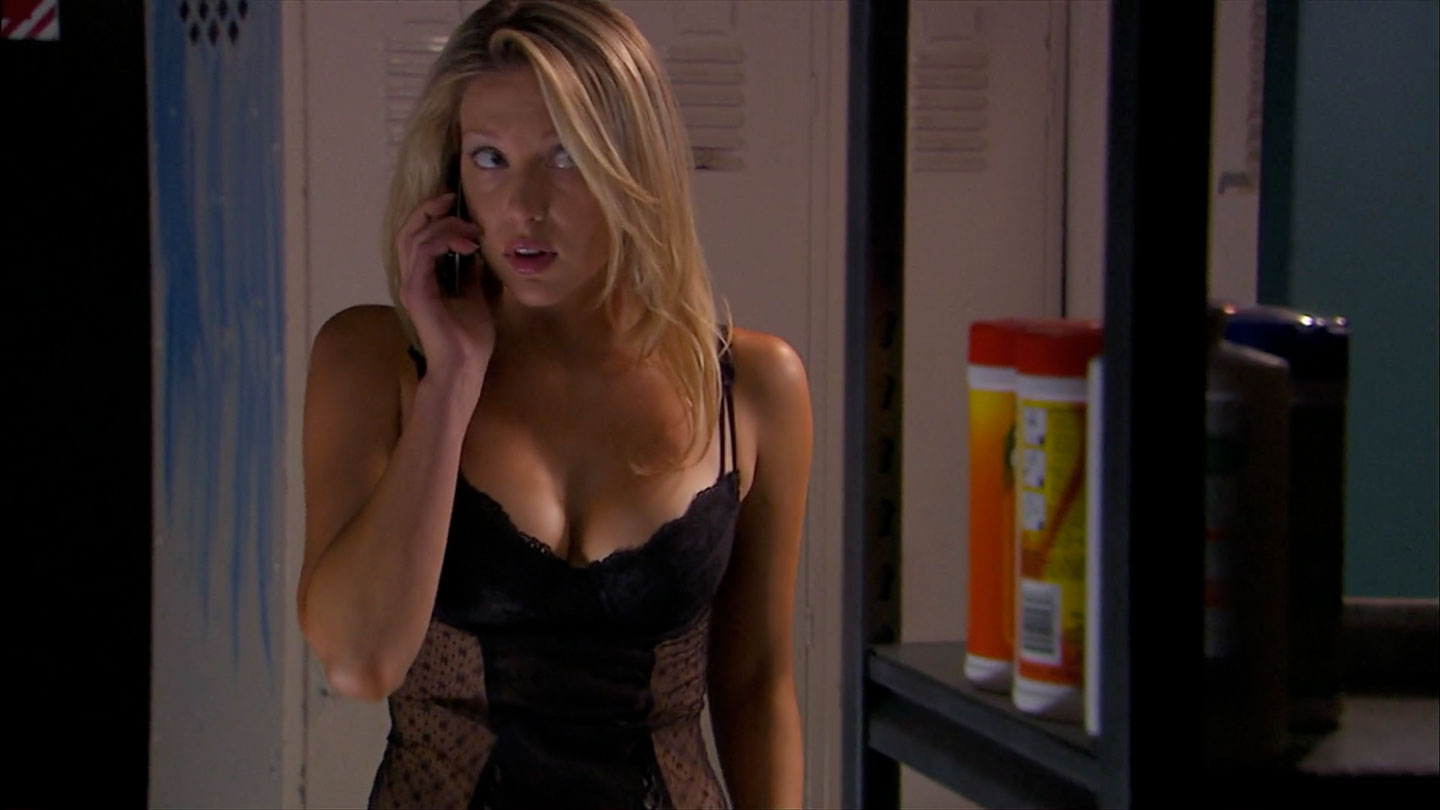 One thing that stands out in Poison Ivy: The Secret Society are the production values. The first one was shot as an erotic thriller, its sequel felt more like an episode of Red Shoe Diaries with its Gregorian chants set over dreamy sex scenes. This one feels like it has been shot on the sound stages of several soap operas and weekly drama shows: the constant close-ups, lack of multiple angles and the use of mostly indoor sets which feel actually feel like sets due to the fixed camera positions. It’s as if I’m watching Saved By The Bell, but with Kelly fully naked in a sex scene with Zack. While that might sound like a positive comment, let me note that the scenes that spark any interest thus making this movie remotely passable are few and far between.

The direction is really flat, which also goes for the performances. It’s a cast full of B-movie actors and actresses who have these faces that seem to belong in TV-dramas like Beverly Hills 90210 or Melrose Place. This movie was originally made for TV and it shows every second. Poison Ivy: The Secret Society even manages to make the sex scenes somewhat boring and even unrealistic. Seeing a guy hump a girl with his pants still on? Not that I want to see his butt, but it would have been more realistic. 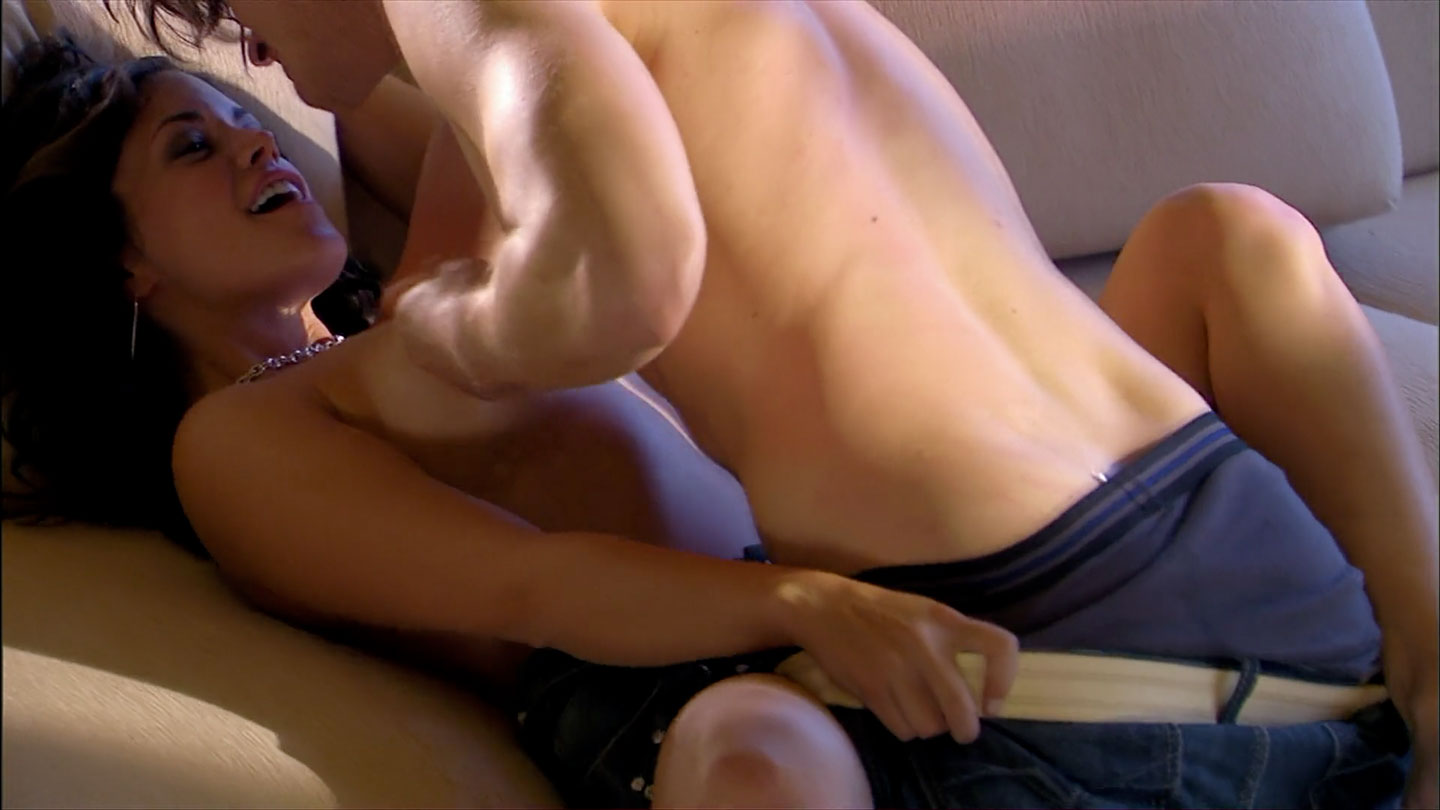 Poison Ivy: The Secret Society is the weakest of all the Poison Ivy movies and feels like a movie that was dated the moment it was released. It’s like a softcore version of whatever show aimed at teens is now the latest ratings hit. The previous Poison Ivy movies were made before the internet became big, back when people actually went to the video store to rent movies and the only way to see Alyssa Milano nude was to rent one of her sleazy B-movies from that time. With the internet at everyone’s fingertips nowadays, why would one spend 90 minutes watching a boring soap opera with some boobs thrown in? Just go online and visit the real thing, they show more and last only a mere 20 minutes, which would have been a far better running time for this movie.