Poison Ivy 2 features Who’s The Boss star Alyssa Milano as Lily (yes there is no Ivy in this movies save for the title, but at least she has also a floral name) who is a sheltered art student from Michigan going to school in California. She moves into an apartment where she meets a peculiar set of roommates who go to the same school. There’s a talented Asian musician who hardly seems to speak, one is pretty obnoxious and thinks she owns everything, but the most interesting one to Ivy is a guy named Gredin (Is that an actual name?). He is a sculptor with a blowtorch and the hot sexy stud of this movie. 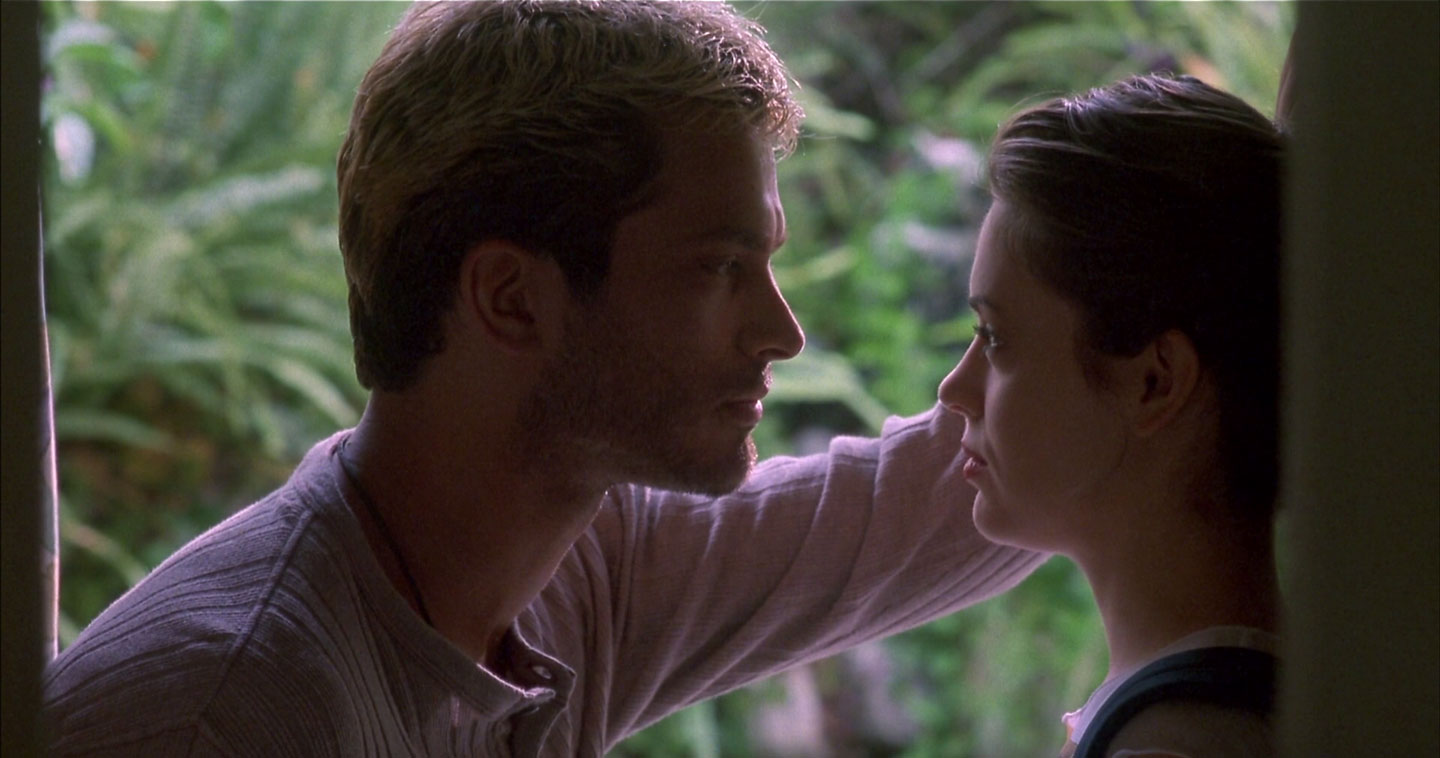 One day Lily finds a box in her room filled with nude pictures of a girl and a diary which is filled with spicy stuff. After reading a couple of entries she decides she want to lead the same type of life as the girl in the diary and does so by changing her appearance, attitude and becoming sexually active. This not only brings her closer to Gredin but also on the radar of her art teacher Donald who slowly begins to develop an obsession for her. Not only does she babysit his daughter, but her newly found sexuality also leads to her posing nude for his paintings.

Throughout the whole movie Poison Ivy 2 felt to me as if a was watching a Playboy movie. There is lots of gratuitous nudity, there are the fantasy sequences full of dreamy sex, there is the basic story line of a girl discovering her own sexuality and a lot of the sex scenes are accompanied by Gregorian chanting. The only thing missing was that cheesy pan flute music you also always hear in this type of movie. 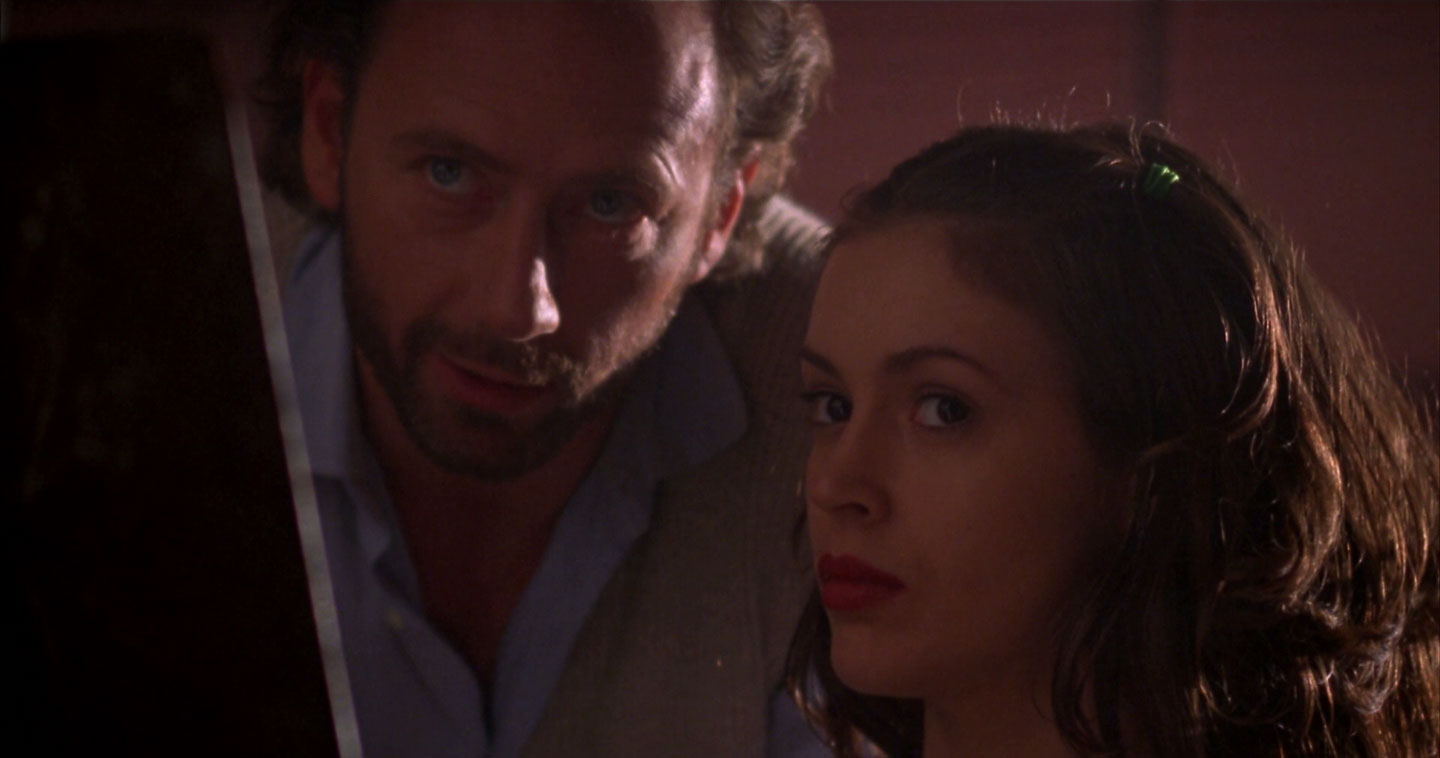 The only time Poison Ivy 2 misses a cue is when one of Ivy’s female roommates introduces her girlfriend to Ivy. This could have lead to a lesbian sex scene which are always a safe choice to include in soft pornography since they don’t involve a penis.

Poison Ivy 2 is every Alyssa Milano fan’s wet dream come true. While she plays a mousy character for the first 40 minutes the subsequent hour has her being a hot seductress in multiple nudity filled scenes. Even if she’s not nude, there are a lot of gratuitous butt and chest shots while she’s wearing only underwear or another form of skimpy clothing. Director Anne Goursaud knows that Milano is the sole reason this movie has any reason to exist and follows the path set by the original to turn a former child-star into an exploitation star. But where Drew Barrymore was all tease due to her being a minor at the time of shooting, the 23 year old Milano reveals her assets like she did in a couple of movies she made after She’s The Boss ended and Charmed began, reminding us of a time that keeping your career alive was pretty hard without the help of the internet. Nowadays a couple of sexy photos on Instagram is all you need to keep yourself in the picture, back then you apparently had to resort to seedy exploitation movies. 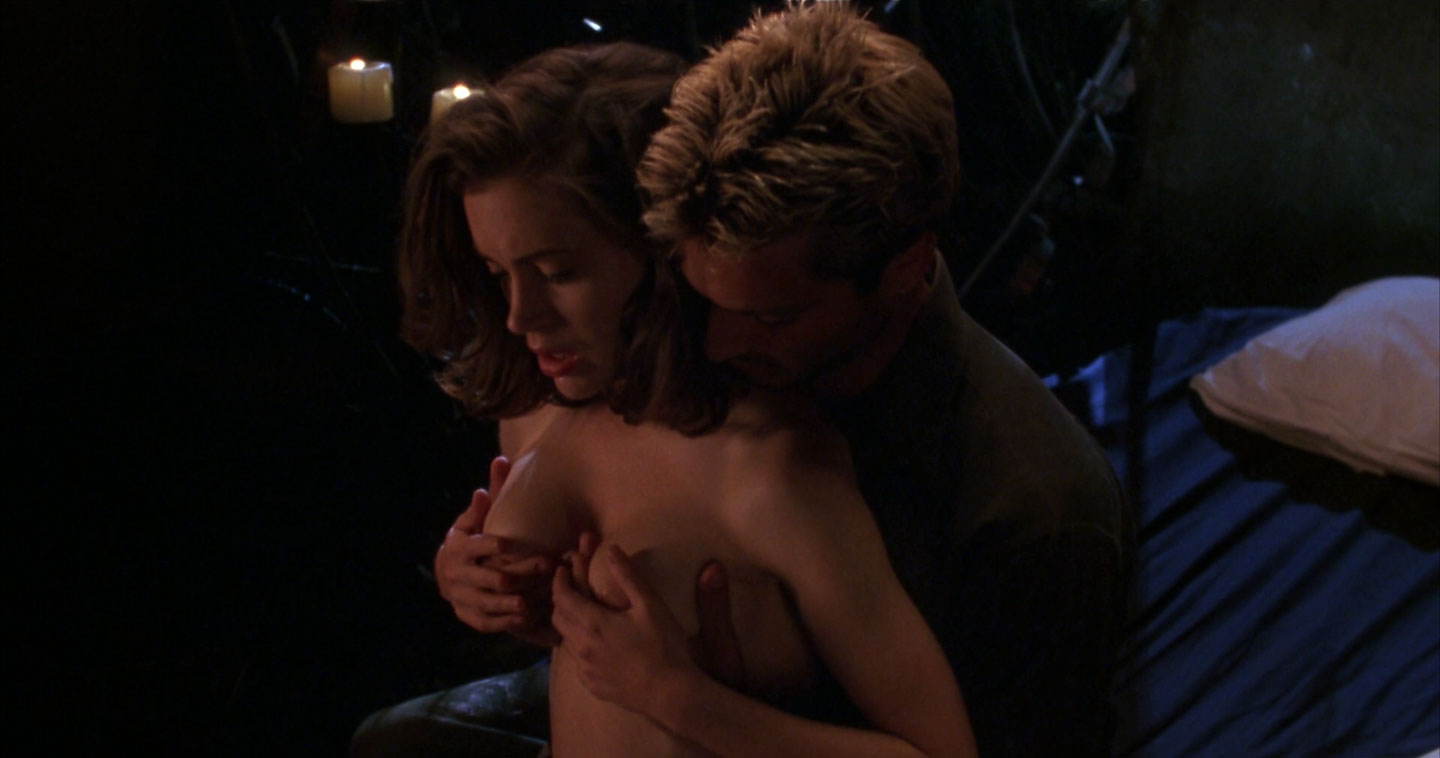 Despite this being a low budget and somewhat sleazy movie, Poison Ivy 2 does have some interesting names in the cast alongside Milano. Xander Berkeley as Lily’s teacher Donald is one of those actors who seems to pop up everywhere and has the thankful task of being part of her exploring her sexuality by posing nude for him. Sadly he’s also given the unthankful task of becoming obsessed with Lily which leads to an awkward and ridiculous scene where he tries to rape her while his wife and her boyfriend are in the next room. His on-screen daughter is played by Camilla Belle who is now mostly known for playing parts in genre movies. 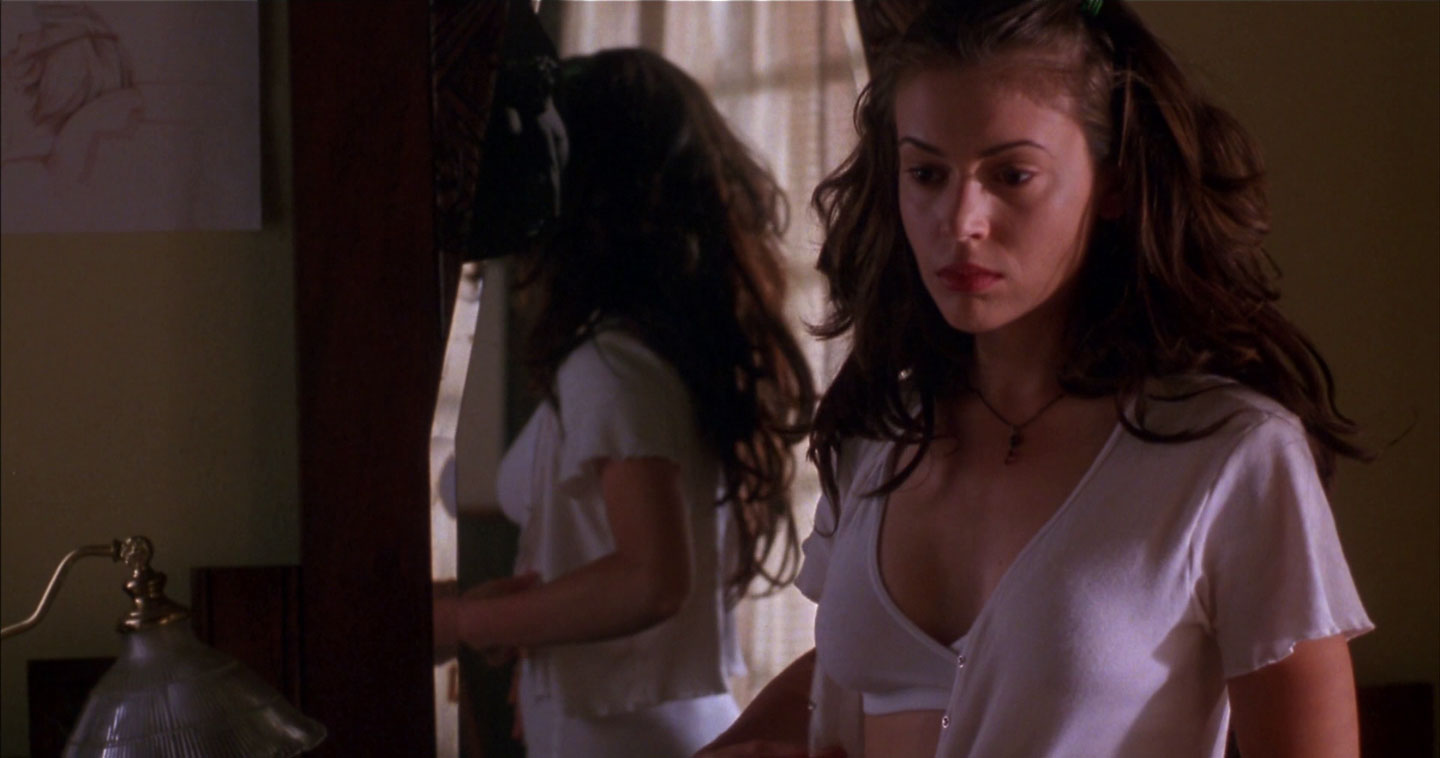