The most shocking revelation of Piranha 3DD is when the end credits rolled and it was revealed to me that this movie had no less than three writers. Three writers to write a simple tongue-in-cheek monster movie, a genre that has its own template for decades now and is a simple painting-by-then-numbers procedure. Syfy and The Asylum are proof of that. The only difference from back then and now was that back then they some times incorporated real existing animals, like a Great White Shark or a Lion. Nowadays monster animal movies has to have a gimmick: Mega Sharks, Sand Sharks, Sharktopusses, Fire Breathing Spiders, Piranhacondas. Gatoroids and if it’s not super sized or otherwise mutated than it’s been supposedly extinct, like Mammoths, Pterodactyls, Raptors and Sabretooth tigers. In Piranha 3DD the prehistoric piranha are back. After the events of the first movie have made Lake Victoria and the village around it a deserted wasteland the prehistoric fish end up in a water park because it taps of water from one of the underground lakes they still live in.
And they are also out there in other certain lakes in the area eating attractive people and Garey Busey at random. 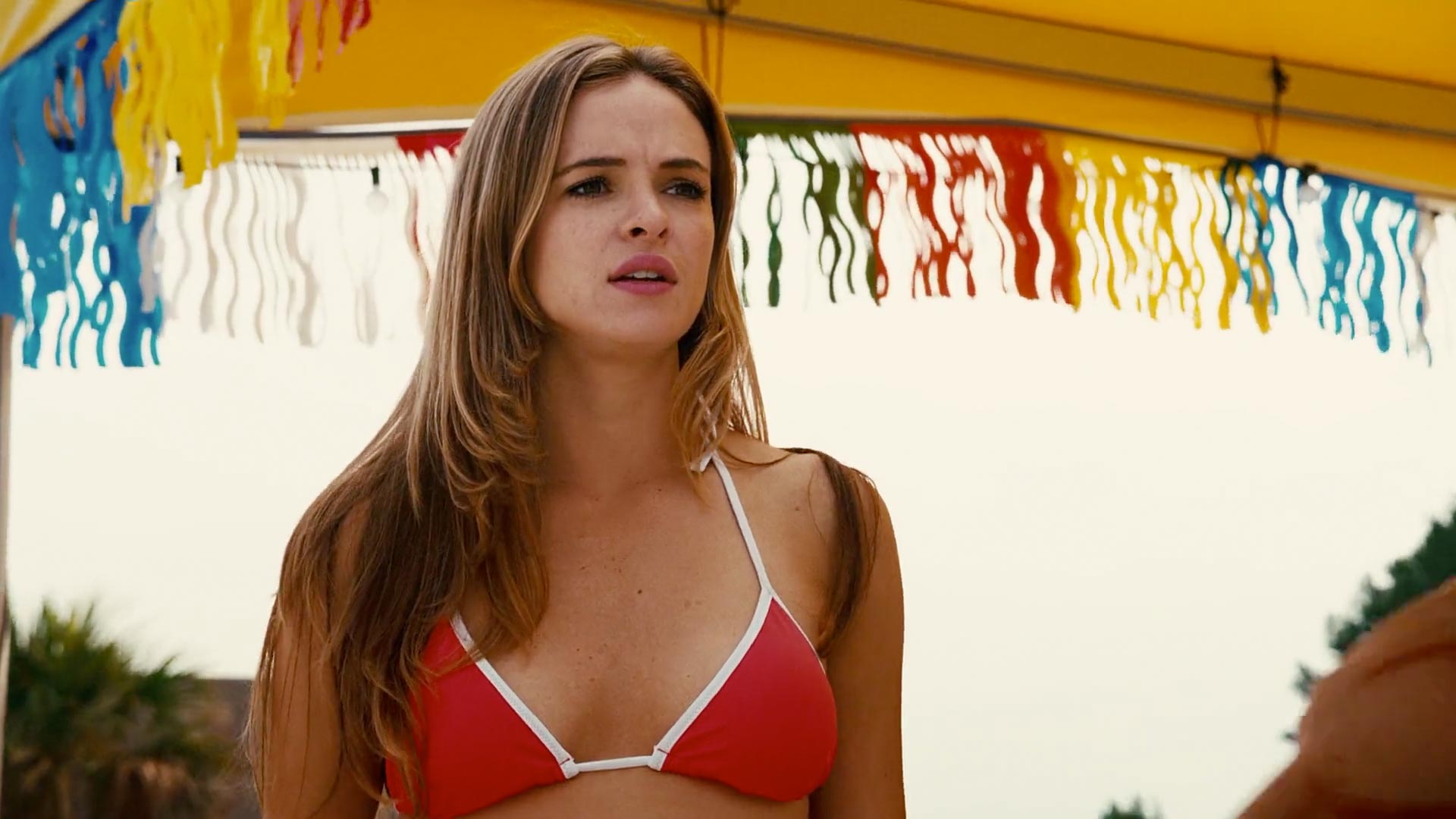 As always this movie starts off with a scene in which some people, unrelated to the further story, end up as victims. In this case it’s Garey Busey’s character who ends up releasing piranha eggs that were apparently in a drowned dead cow’s anus. Now that the movie has presented us with the threat it’s time to release the stock characters. The beautiful heroine Maddy (Danielle Panabaker), the nerd who has had a crush on her since high school, the ex-boyfriend who’s a bit of a douche, the slut, the guy’s she’s currently doing, the virgin who wants to lose it and the guy who wants to take it away from her. There’s also “evil” stepdad who inherited a water park from Maddy’s mom and turned it into a sex water park, complete with adult swimming pools, strippers as life guards and a cooch cam. Not a park for kids, yet when it’s opened there are plenty running around. What’s wrong with parents in this movie? 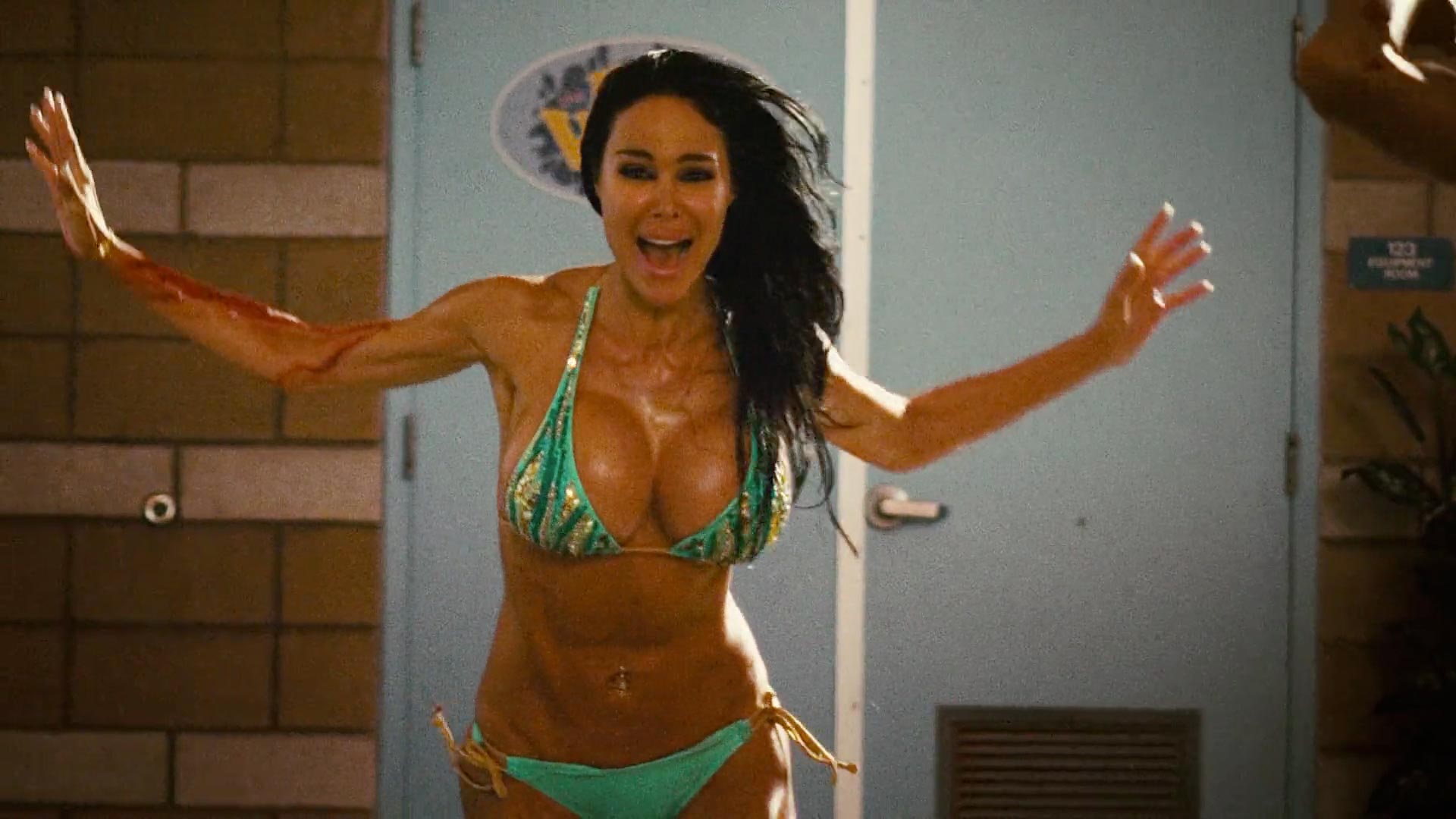 Watching this movie made the previous one even better than I thought. Somehow it all just doesn’t work. The fish still look fake but their antics are even more unrealistic. A baby piranha entering the vagina of a skinny dipping girl who then eventually goes into some strange mental state and wants to have sex badly… after which said piranha sinks his teeth into the penis of the boy who’s unfortunate enough to have sex with her leaving him no other option than to cut off his penis with a kitchen knife. Instead of squirming on the ground the guy then goes psycho and attacks the girl.

If this scene sounds great to you then Piranha 3DD is the movie for you. I on the other hand found it an annoying movie of which it is very obvious the budget wasn’t that big, or that they spent it all on David Hasselhoff, the only redeeming factor in this movie. As soon as the Hoff entered the movie it actually became funny. The guy really knows how to poke fun at himself, something he proved earlier in his Comedy Central Roast. But what does it say about a movie when The Hoff is the best part, the guy who was actually upstaged in his career by a talking career and a couple of Playboy Bunnies? 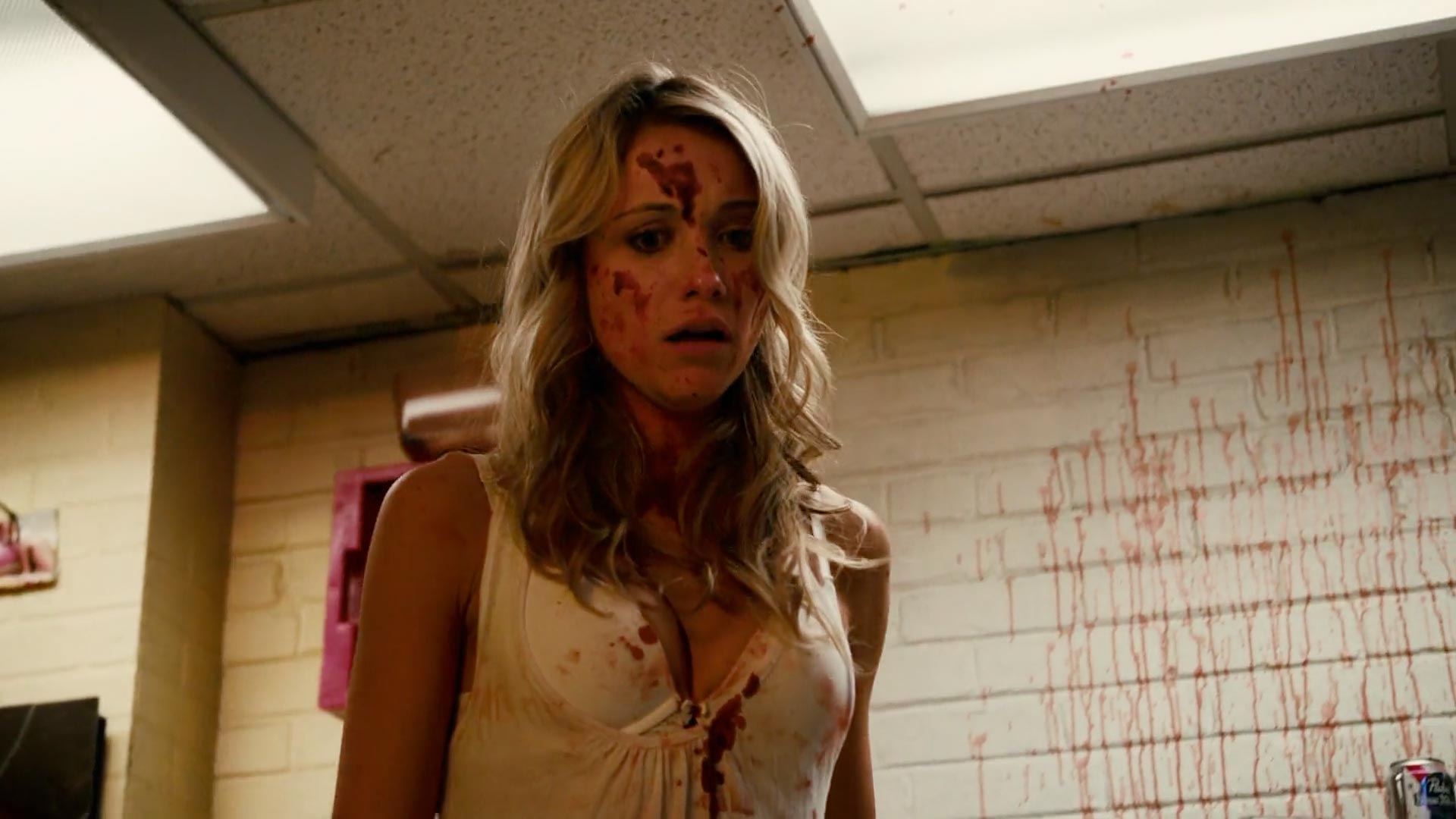 One of the tag lines of the movie was “Double the D’s”, an obvious reference to the famous women’s breast size. Sadly they producers apparently only got women with silicon breasts at their audition as almost every boob on screen is fake. Or the people responsible for the casting clearly love fake tits, or only girls with fake boobs are so proud of their latest assets they proudly want to show them to the world. I’m not a silicon-fan and I like that the original movie had the natural wonders of Kelly Brooke and porn-star Gianna Michaels on display. This one simply a whole lot of boob, but sadly mostly fake boob.

Overall this was a major disappointment. After the guilty pleasure that was the previous Piranha this one was just bad. No interesting characters, no great special effects, even the cameos (aside Hasselhoff’s) fall flat. Garey Busey, Christopher Lloyd and Ving Rames don’t really get a lot to do and what they do isn’t all that funny. The water park felt unconvincing for a place where piranhas would wreck havoc as people were still in the water 10-15 minutes after the attacks began. People as slow as that deserve to die.