Of all the creature-features we have endured over the years only a few were truly remarkable, Steven Spielberg’s Jaws being one of them. It was the success of that movie that spawned an entire string of marine animals wreaking havoc. Mostly other shark movies or featuring Killer Whales. One of the was Piranha which was an amusing little b-movie where the opening scene contained the first share of naked boobs. It got a sequel directed by James Cameron in which the fish had mutated and could fly. Now, more than 30 years later there is a remake which does its best to be as exploitative as possible while at the same time trying to appeal to the general public by being as epic as Godzilla. They fail in the last department. 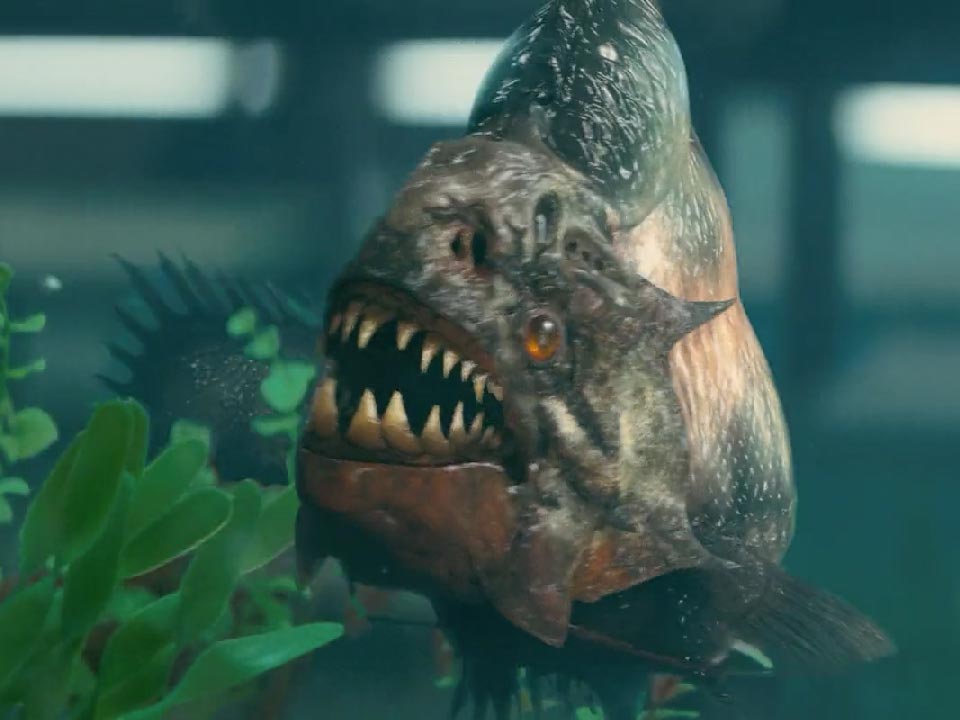 Exploitative on the other hand it is. Revolving around spring break and small town filled with teens thinking about two things; sex and beer, the movie at points almost becomes a soft-core flick. To emphasize this the movie has roles for glamor models like Kelly Brook and porn stars like Gianna Michael and Reilly Steele. So as you might imagine, nudity is pretty much heavily featured in Piranha including a minutes long sequence where Reilly Steele and Kelly Brook swim completely naked under water and make out. Not that is has anything to do with the story, but I didn’t really mind though.

Basically this movie is even more a Jaws rip-off than the original Piranha was. The Roy Schneider here is Elisabeth Shue who’s the town’s sheriff and a single mom. When the attacks begin her kids were supposed to be at home but of course end up on a boat which is stuck and slowly filling itself up with water. What good are kids if you don’t have to save them from impending danger?

Totally original story wise as you can tell, but what elevates the movie above the majority of beasts-gone-wild movies is the casting. There are a lot of small roles for well known face likes Richard Dreyfuss, Eli Roth, Dina Meyer and Christopher Lloyd. Other familiar names include Jerry O’Connell as a sleazy porn producer and Ving Rhames who goes medieval on the fish‘ asses with an outboard motor. Director Alexandre Aja tries to create a lighthearted movie that laughs at itself. It succeeds partially. When the fish attack it becomes a fun ride, but before that happens it is kind of short on laughs.

This is not a great movie, and it was never intended to. But I felt the intention was there to create some sort of definitive spoof of the genre and sadly they fail at it. It’s a fun movie, which you can never take seriously any moment but it isn’t what I thought it would be.

If the image of a piranha eating a penis and spitting it hallway eaten out to the camera is your idea of funny, then Piranha is the movie for you to see.