The tagline of the movie is “Works sucks” and let’s face it: in the end everybody or at least most of us wish they were rich and could retire tomorrow. Unfortunately that scenario is not reality and thus we ’freely‘ go to our 9-to-5 work environments with colleagues you did not ask for and bosses who don’t like you and you don’t like them back. Ok, so maybe I’m a little exaggerating but really, don’t you just wanna shoot that annoying female receptionist that mentions you’ve got a “case of the mondays”?

If you happen to have a case of the mondays then Office Space is the cure. The movie has steadily become a cult-favorite movie over the last 10 years since it was released. Like Mallrats it’s one of those comedies that don’t have a high profile and never got much attention when originally released. Now we’re ten years later and both movies have had multiple releases on DVD including Special Editions.

Office Space, for the few that don’t know, is about Peter Gibbons, a 9-to-5 office worker who hates his job and feels everyday is worse than the day before, so when you see him he’s always having the worst day of his life. That’s about to change when he gets hypnotized during relationship-counceling and the shrink falls dead on the spot. Nobody to dehypnotize him and so from that point on his view on life is completely different. He just doesn’t care any more. This results in him breaking up with his girlfriend, not appearing at work, hitting on the waitress who serves him and doing just what he pleases to do. The reward for this new attitude: a hot new girlfriend (Jennifer Aniston) and a promotion at work. 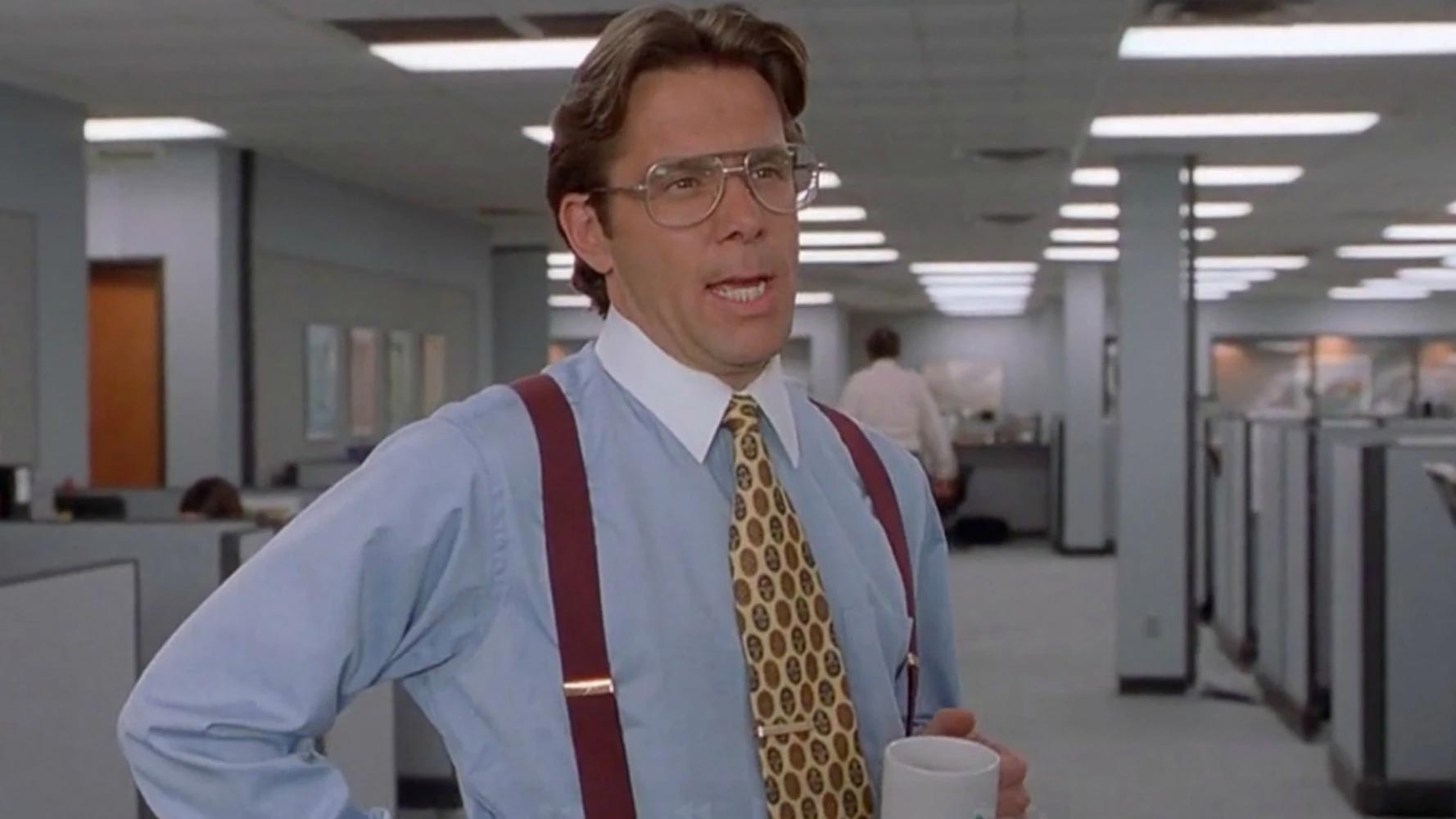 Office Space is good clean fun. The movie is very funny, the characters all have a personality and will be remembered for a long time. Almost everybody has something memorable about them, a couple of them will be imitated until… well judgment day I guess. Milton and Lumberg are fan-favorites and it’s not hard to understand why. Their distinctive speech patterns and comments make them very quote-worthy. Next to the excellent characters are those little (or big) annoyances we can easy relate to. Traffic jams in which the other lane always seems to be moving while yours is standing still, annoying female colleagues who don’t seem to understand how annoying they are and they mean it so well. I could go on and on, but I’d rather leave something for you to explore.

Office Space: I give it my “Oh” face and a good rating.