Nothing but trouble is a long forgotten comedy written and directed by Dan Aykroyd and to be honest I’m not sure why I’m resurrecting it by writing about it because this movie deserves to be forgotten. As a matter of fact I’m trying to forget it right now. But since I’m doing a review about it I just can’t delete right now. So here goes…

The movie is about a rich guy named Chevy Chase who tours with Demi Moore and two other people. Why? Well I’ve already forgotten. They just needed to go somewhere. So they’re driving and decide to take a little detour and end up in the small town of Valkenvania that looks like it has been exposed to Chemical Waste Plants over the last 50 years or so. They get pulled over by a cop played by John Candy and taken to the home of the 106-year old Judge Alvin Valkenheiser who’s played by Dan Aykroyd under heavy make-up. Well the judge won’t let them go and his house looks like it used to belong to the Addams Family or Beetlejuice with all kinds of traps, slides, a junkyard, roller coaster, etc. etc. Turns out the judge has been sentencing wrong-doers to a certain death (the roller coaster; it ends up in a sort of meat grinder spewing out just the bones at the end) for decades. The movie mixes up horror-movies like The Texas Chainsaw Massacre/Deliverance/Wrong Turn/House Of Wax (I’m aware the latter 2 were made much later) with comedy. Well the horror is really nowhere to be found as it is all played for laughs but all the jokes fall flat so the comedy is also nowhere to be found. 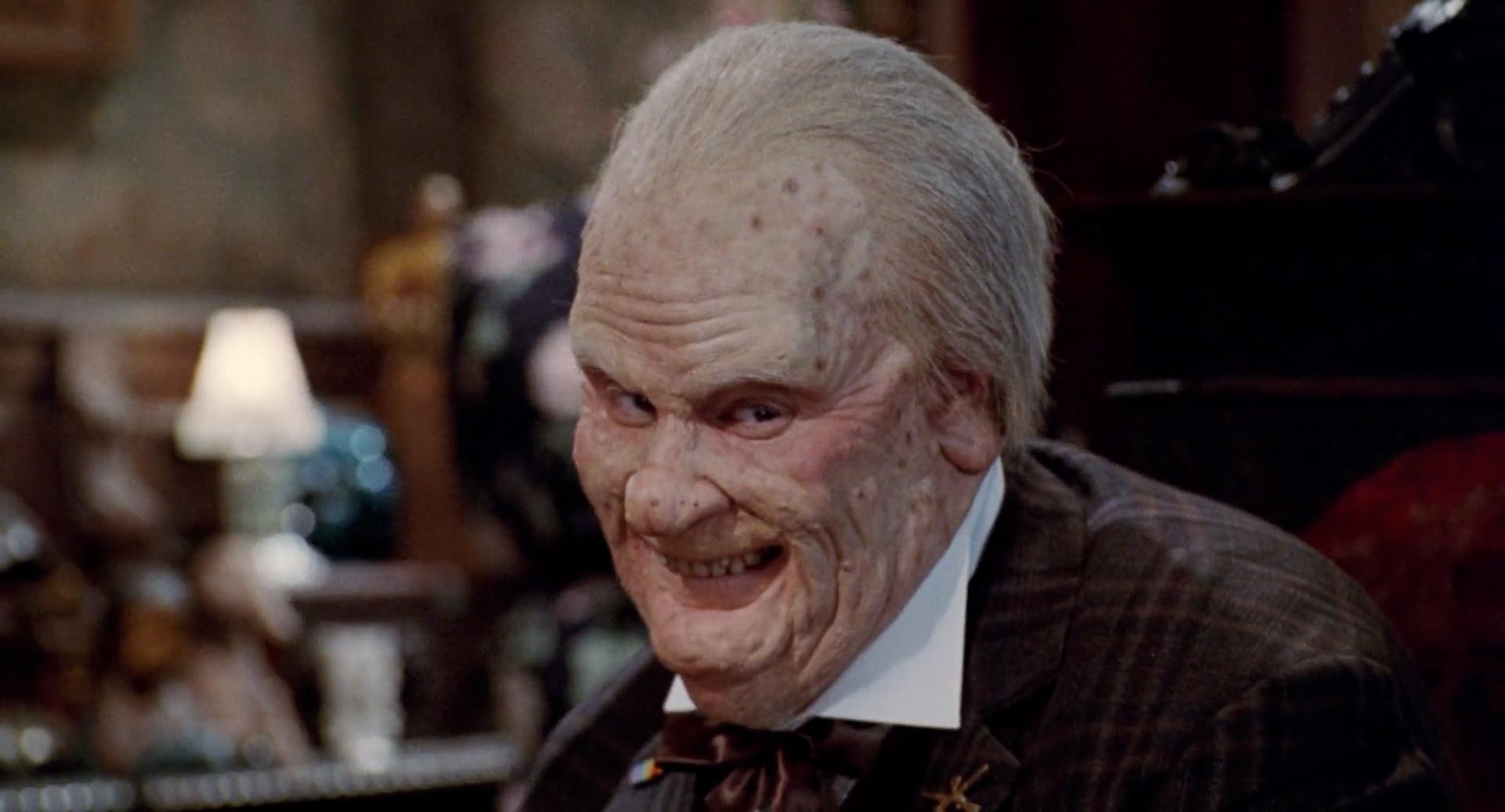 It’s just a bad movie which should’ve killed more careers than it did. That’s the problem with this movie, it can’t even kill someone’s career properly. It would be fun if this movie was so bad it became good but it isn’t even that. We’ve covered the funny and the horror parts or the absence of them, let’s take a look at Demi Moore: she’s supposed to be sexy but she even fails at that. Come on, if you can’t even manage to portray Demi Moore as sexy, you need to get some professionals. Oh well, let’s pop in Striptease once more…

Did I mention this movie has Sloth from The Goonies in it, two of them exactly, one of them played by Dan Aykroyd once again under tuns of Latex. Dude must be really into that stuff. Oh and John Candy also has a double role, one of which requires him to be in drag.

The only thing I found memorable from this movie was that Car-navigation systems already existed in 1991. Didn’t know that.

Now if you’ll excuse me I’ve got some more forgetting to do. Pass me the Jack Daniels.