Few people know that director Corey Yuen was responsible for giving both Jean-Claude van Damme and Jason Statham a career as an action hero. He directed Statham in “The Transporter” and in 1986 Van Damme in “No Retreat No Surrender”. If you happen to stumble upon a copy of this movie in the dollar bin of your local Walmart you’ll see Van Damme’s face plastered all over this thing. Quite misleading as Van Damme is only in the movie for about 10-15 minutes as the villain “Ivan Kraschinsky”.

The true star of the movie is Jason Stillwell (Kurt McKinney) a teenage boy whose father own a karate dojo. For some strangely vague reason the mob wants to own karate dojos and they threaten Kurt’s dad. When he tries to fight back Van Damme takes him on and breaks his leg, leaving him limping for the rest of the movie. This incident also turned him into a coward who suddenly is afraid to fight and turns the other cheek every time someone is rude to him. In a terrible scripted scene in the hospital wee see him lying on bed while his voice-over tells us what’s going on in his head. He decides to skip town immediately with the whole family who apparently gladly join him. 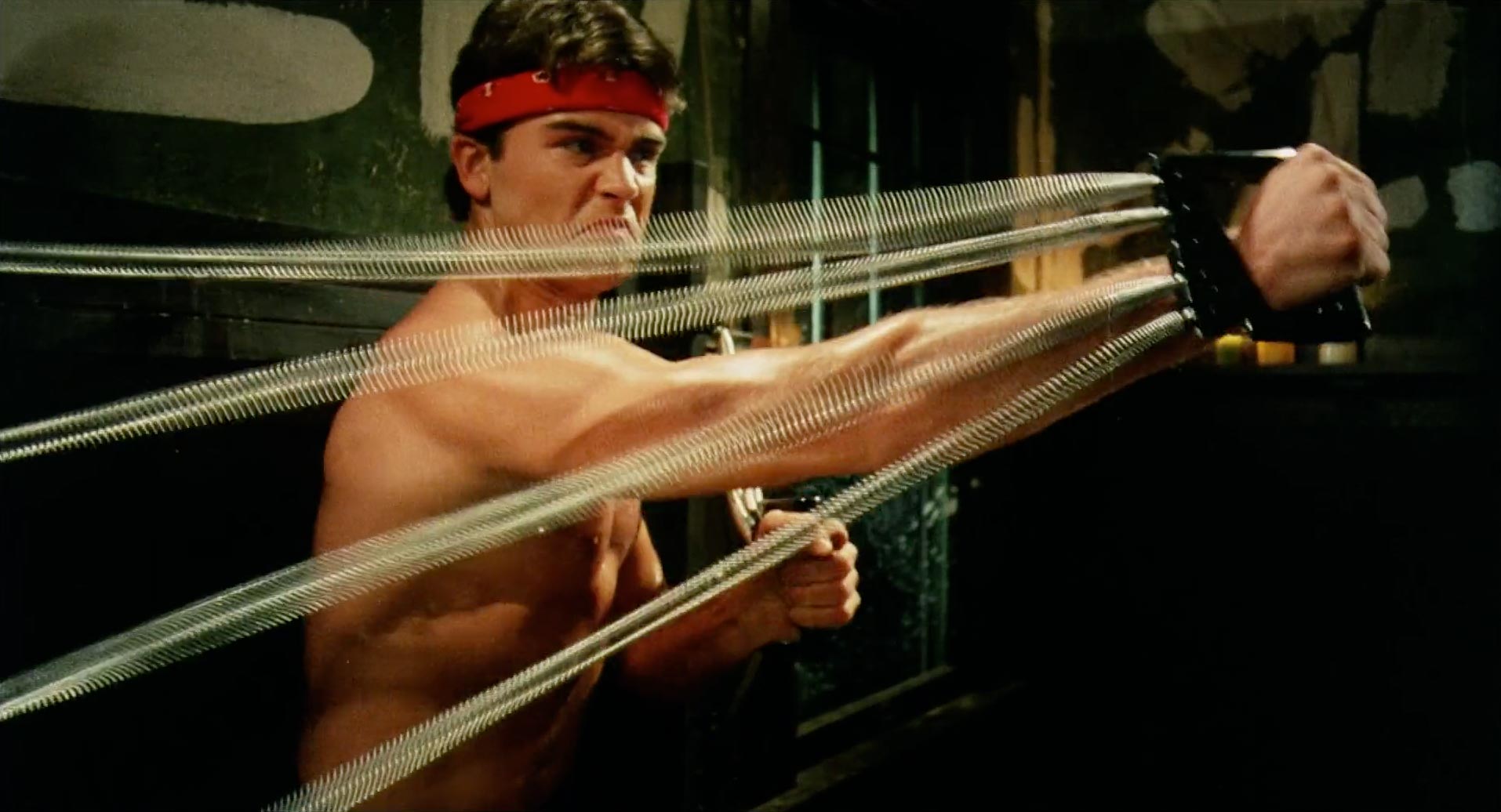 From this point on the movie becomes a copy of The Karate Kid; he gets into trouble with local youth who all practice Karate. Of course there is one Asian guy who will teach him karate, not a janitor but nobody less than the ghost of Bruce Lee. Well, someone pretending to be the ghost of Bruce Lee, but doesn’t look and sound like Bruce Lee. This is most funny in the moments where photos of the actual Bruce Lee are present and he’s standing next to them and looks nothing like it. His lines are also dubbed badly so expect a lot moments where the lips don’t match the words. 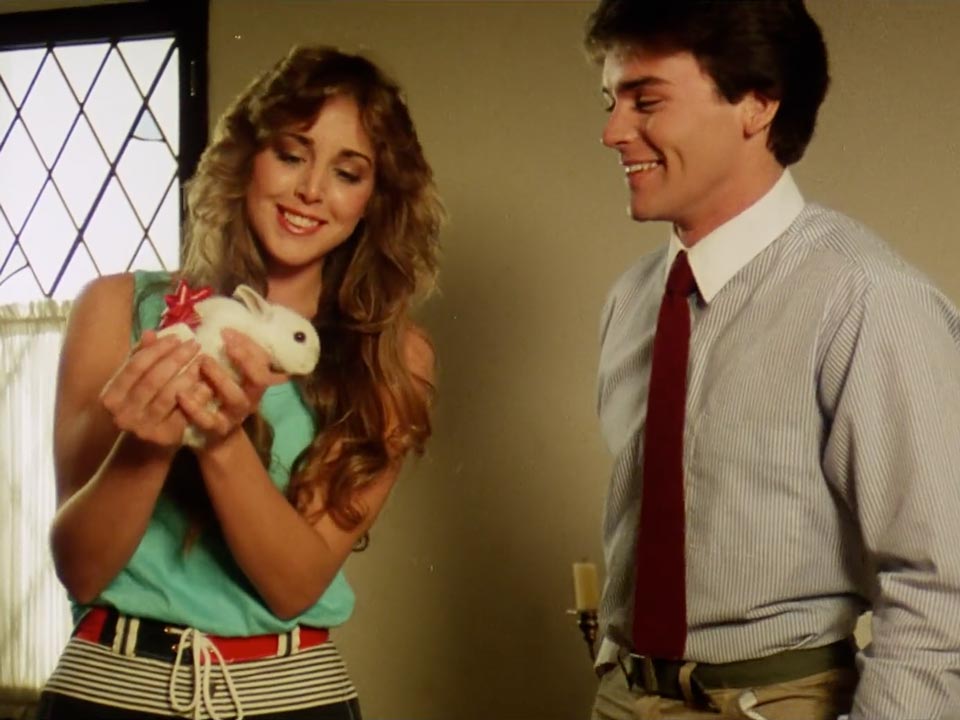 I laughed many times, but the same way I laughed at Rad. People are trying to act and fail miserably. It’s a miracle some of these people actually had careers after this. I also frowned a lot about things, like how the movie gave us a love interest for the main star: He moves all the way from L.A. to Seattle and after a run-in with some guys at the dojo he goes to a birthday party for Kelly. Who’s Kelly you ask? Well as soon as he sees her they start making out after giving her a present. It turns out she was his summer-vacation girlfriend. Isn’t that a coincidence? Kelly is also the sister of Karate champion and owner of the dojo Ian. Funny thing is that earlier in the movie Jason is brought to this dojo by his friend R.J. after seeing Ian on TV winning a cup. So apparently Jason has been doing karate for three years, had a summer-relation with Kelly yet doesn’t know a guy he idolizes is her brother? 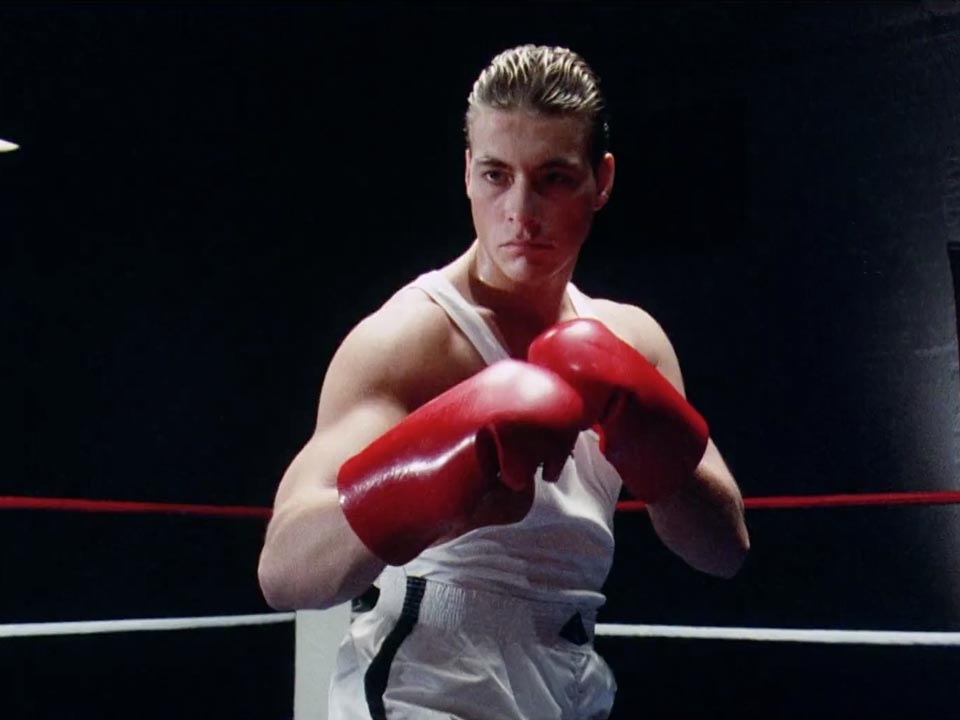 It’s weird how a simple sports movie about an underdog can have such holes in the plot. He could have met a girl there instead of suddenly having her. Why the ghost of Bruce Lee? It doesn’t really make sense, nor does the mob plan to take over dojos. Is there more money in Karate schools than cocaine? Of all the characters the story of his dad feels most contrived. One kick that breaks his leg and he turns into a complete wimp? Why? Only so that his son can save him later and show how good he’s become.

There’s one element of this movie I haven’t touched upon, but can’t neglect: the character of RJ; A black teen boy with greasy Jheri Curls. He likes to dance a lot and isn’t all that interested in girls. At one point he even helps Jason train by sitting on his crotch while he’s doing push-ups. Really, who wouldn’t want to have a friend like that? What is also funny is that he’s a skilled dancer and skateboarder but all his moves are so obviously done by a stunt double. 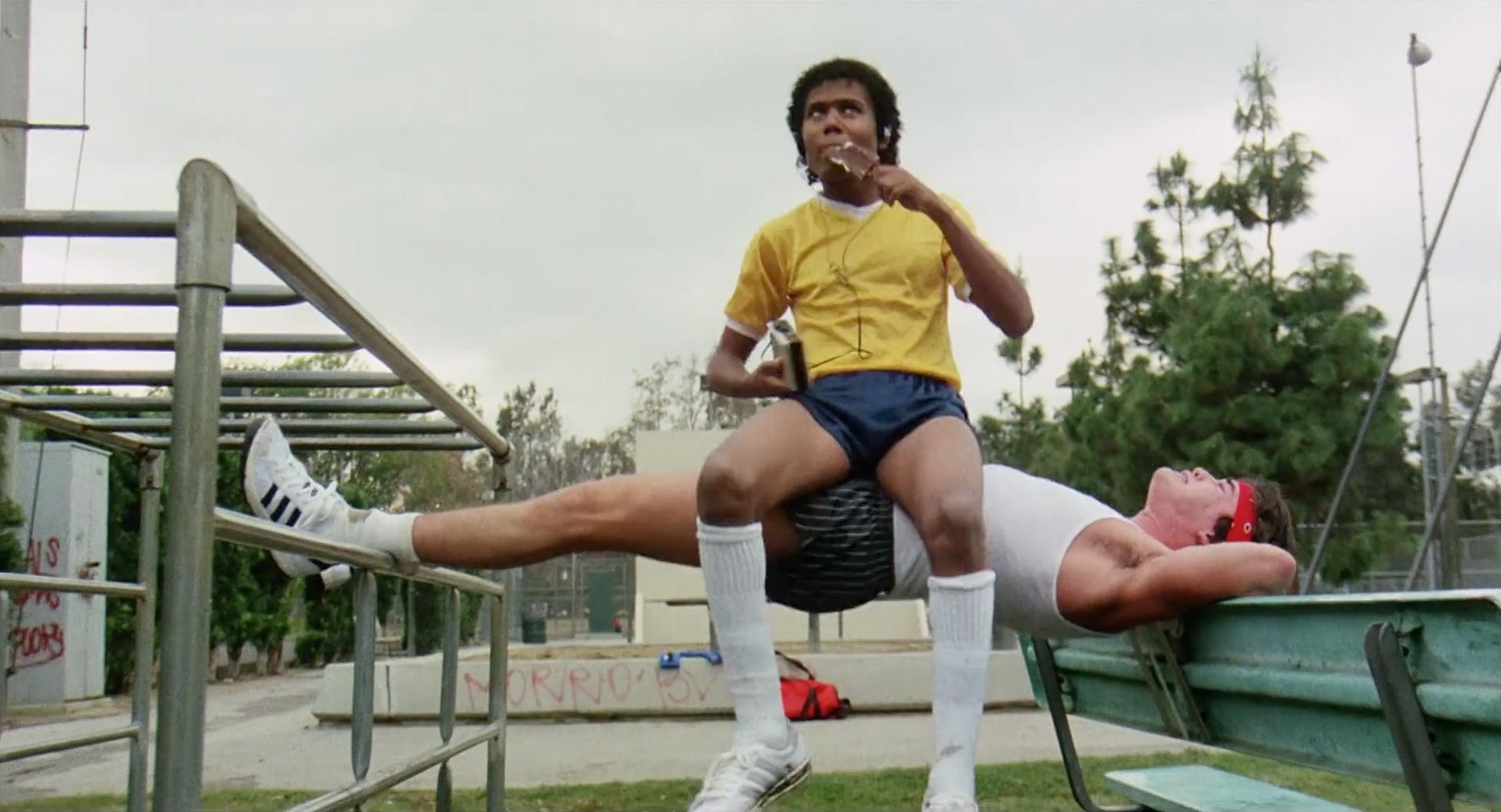 I saw this movie a couple of years back and rated it a three out of ten on IMDB, which would mean 1,5 star here, a grade suitable for a movie like this when simply looking at the end product: a cheaply made movie that’s no being released on DVD and such simply because Van Damme is in it. But when you look at this movie the same way I looked a Rad it’s much easier to digest and becomes even unintentionally funny. Looked at it seriously it’s indeed a 1,5 star movie, as an unintentional comedy it’s a three star movie.

No Retreat No Surrender