No Contest II is the lazy titled sequel to No Contest. A movie that is a lazy, low budget rip-off of Die Hard. It stars Shannon Tweed as a female John McClane in a straight to video movie. The movie was apparently successful enough to warrant a sequel. Surprising, because it doesn’t seem the type of movie that topped the rental charts. The wonderful world of DTV movies, how you keep on amazing me. The title card in my copy of the movie actually says “Face The Evil”. A more original title, but one that has no direct link to the original movie. They should have used it as a sub-title.

I can’t remember much about the original movie. All I know is that Andrew Dice Clay is the bad guy and Shannon Tweed the hero. It took place at a Beauty Pageant and there was a small part for Robert Davi who was also in Die Hard. 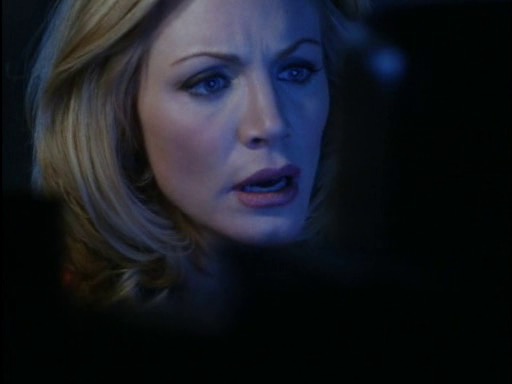 No Contest II once again stars Shannon Tweed as Sharon Bell. A famous actress known for very bad action movies. At least, that is what I make of the opening scene in which she’s filming a terribly staged street fight. She and her film crew than visit her sister who is working at a high end art gallery. They’re checking the place as a location to shoot some scenes.
An art dealer comes in just before closing time. It’s Lance Henriksen who apparently is responsible for lending the museum a long lost statue. The statue was once in possession of the Nazis, but has been in Russia ever since the end of the war. Henriksen’s character managed to locate it and get it to the U.S.

Nothing is as it seems; Henriksen turns out to be a terrorist. The statue has small containers with Nazi nerve gas in them which he is going to sell on the black market. He of course then takes a group of people hostage except for Tweed. Surprise, surprise: she is going to try to foil his plan and save everybody.

0 points for originality there.

No Contest II is a bad movie on almost every level. Acting, plot, pacing, editing, choreography to name a few. You don’t cast Shannon Tweed as the lead character if she doesn’t have a nude scene. Guess what? She doesn’t have a nude scene. Like the previous movie it’s all very PG in terms of nudity. Melting skin due to nerve gas: no problem. Boobies? Good luck finding. At least a the original Die Hard has of both. 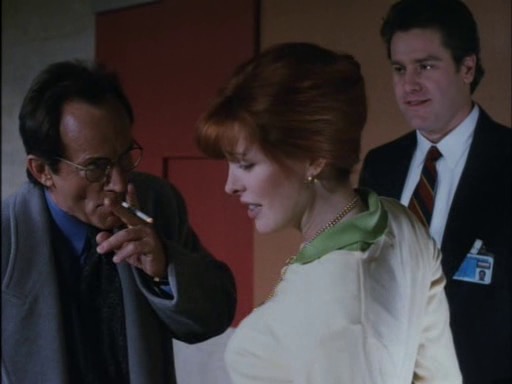 Tweed isn’t a great actress, but co-star Lance Henriksen is. Henriksen is the kind of guy who says yes to every script that lands in his lap. Occasionally this works out for him and he pops up in a good movie. But most of the time he appears in trash like this. He does his regular bad guy shtick which includes a lot of screaming and yelling threats through a walkie-talkie. His character has a pretty stupid plan which hardly makes any sense.

Which brings me to the plot.

Henriksen’s character is apparently able to get a statue out of Russia but somehow he’s never able to retrieve the nerve gas from it until it’s delivered at the museum? A lot of time is spent on him needing some kind of security card which will allow him to override the building’s security and let him leave. There is of course just one of those cards and just as with the C4 in Die Hard, this sets of a game of cat and mouse. Surely a guy like that could have gotten a security card of its own, or a computer whizz to disable the alarm system.

But hey, this is an action movie so it should have some good action at least. 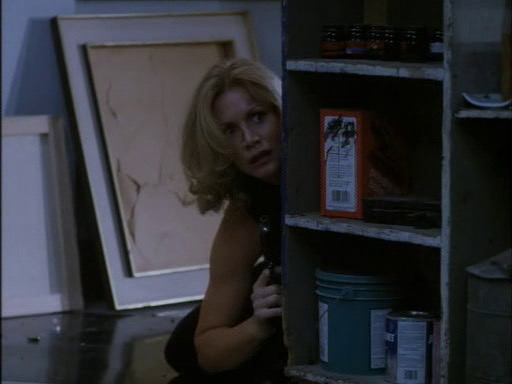 Sadly, the action scenes also suck ass. No Contest II was shot in 1996; when Hollywood still relied on martial artists to do extensive fight scenes. It is obvious that no martial artists were involved whatsoever. First of all, Shannon Tweed is not capable of making her kicks look convincing. None of the fight scenes actually look realistic for that matter. It is all choreographed very hokey.

No Contest II is also guilty of ignoring the loss of life. At the end of the movie the people who survived the whole ordeal walk out of the museum smiling. These past few hours they have been held hostage, were in plenty of near fatal situations and lost several friends and/or colleagues. Yet here they are; smiling. As if they just back from doing something fun.

No Contest II is a pretty stupid movie. It has hardly any redeeming qualities and is truly a bottom of the barrel copy of Die Hard.