Naked Souls: a movie so filled with random nudity it should have been called Naked Bodies. The main attraction here is Pamela Anderson, though her role is more of  a supporting character despite being featured on the DVD cover. It should come to you as no surprise that much of the nudity is provided by Ms. Anderson. A movie in which Pamela Anderson has a big part, but no sex scenes is like pizza without cheese. It can still be enjoyed, but there is something missing. If the amount of cheese on a pizza is an indication for nudity in a movie, then Naked Souls is the Quatro Formaggi of movies.

And now I want Pizza.

Naked Souls is about a young scientist named Edward trying to unlock the secrets of reading and recording people’s thoughts. He actually wants to store the capacity of a human brain on a CD-rom. Fun fact: this is 1996 so they had a capacity of 650mb, whereas scientists have calculated that the data of the human brain takes up at least one terabyte. That is almost 1540 CD-roms of data. Conclusion: Edward is a shitty scientist.

Edward does have some success however. During a test on a corpse the memories of the deceased person are transferred to Edward. The catch is that this person was a serial killer who targeted young women who look like Playboy models. So we are treated to recurring black-and-white flashbacks of sexy women from the killer’s point-of-view.
The school where Edward is doing is research decides to cut his funding, but he is saved by a wheelchair bound man named Longstreet who sets him up with a lab and unlimited funding. But Longstreet has ulterior motives. This should not surprise you because there is no such thing as a free lunch, especially in movies… 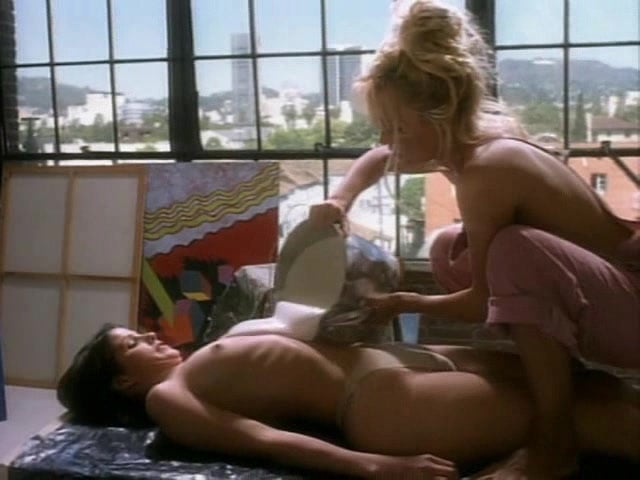 You might be wondering where Pamela fits into this story. She plays Brittany, a girl not only having the name of a porn-star, but actually looking like one as well. Britt is Edward’s girlfriend, though he looks like he’s 19 and she looks like she’s 30 with all that make-up on. In true a-movie-starring-Pamela-Anderson-fashion the first time we see her she is putting plaster on the breasts of a young naked girl. Apparently she’s a conceptual artist who makes female torsos out of plaster as art. This is of course an excuse for some gratuitous nudity and having these two women telling each other how sexy this all is. This should be the set-up for a nice lesbian sex-scene, but surprisingly Naked Souls pretends it’s not an exploitation movie and cuts away to something completely different. Apparently they realize this fault and later on insert an extended sex-scene featuring Pamela, who seemingly has never heard of something called a bra. In several scenes her boobs practically pop out of her clothes, giving otherwise normal scenes some surprise titillation. 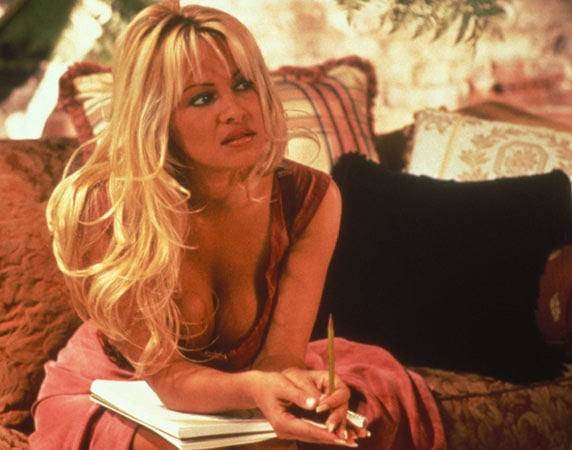 Naked Souls is one of those typical late night cable movies: Unknown or B-movie actors, bad writing, gratuitous nudity and a very low budget which is clearly visible in the end result. Naked Souls looks like the average day time Soap-Opera: a soft image, recurring establishment shots and scenes that look like those dramatized reconstruction scenes from reality crime shows.

This movie is for Pamela-enthusiasts only, which makes me think: are there still Pamela-enthusiasts left in 2016? If you were fond of Pamela back in the 90s this movie might have some redeeming value to you. The movie is a good as Edward the scientist: not very. In fact it’s pretty shitty. It’s 85 minutes of a badly written sci-fi plot with a bunch of naked women and an occasional sex-scene thrown in. It’s movies like these, that show that exploitation directors like Russ Meyer had talent.