.Nowadays I watch a lot of movies. Thank to the Internet almost every movie I can think of is available. This wasn’t always so easy. Sometimes, when browsing through IMDB pages, I stumble upon old movies that completely went under my radar. But most of the time I can simply watch a missed movie with the mere click of a button. One of these movies is 1996’s Mulholland Falls. A film noir set in 1950’s Los Angeles and featuring a star studded cast.

Mulholland Falls revolves around a special crime squad which investigates the death of a young woman (Jennifer Connelly). The squad operates outside of the law and are actually based upon a real life police squad. They beat organized criminals almost to death before sending them back from where they came from. That alone could make for an intriguing movie, but this is not that movie.

The squad consists of Nick Nolte, Chazz Palminteri, Michael Madsen and Chris Penn. All actors who have done their fair share of playing tough guys on screen. The focus mostly lies on Nolte who becomes the spill of the murder mystery which involves several videotapes containing lewd acts and a nuclear testing site. 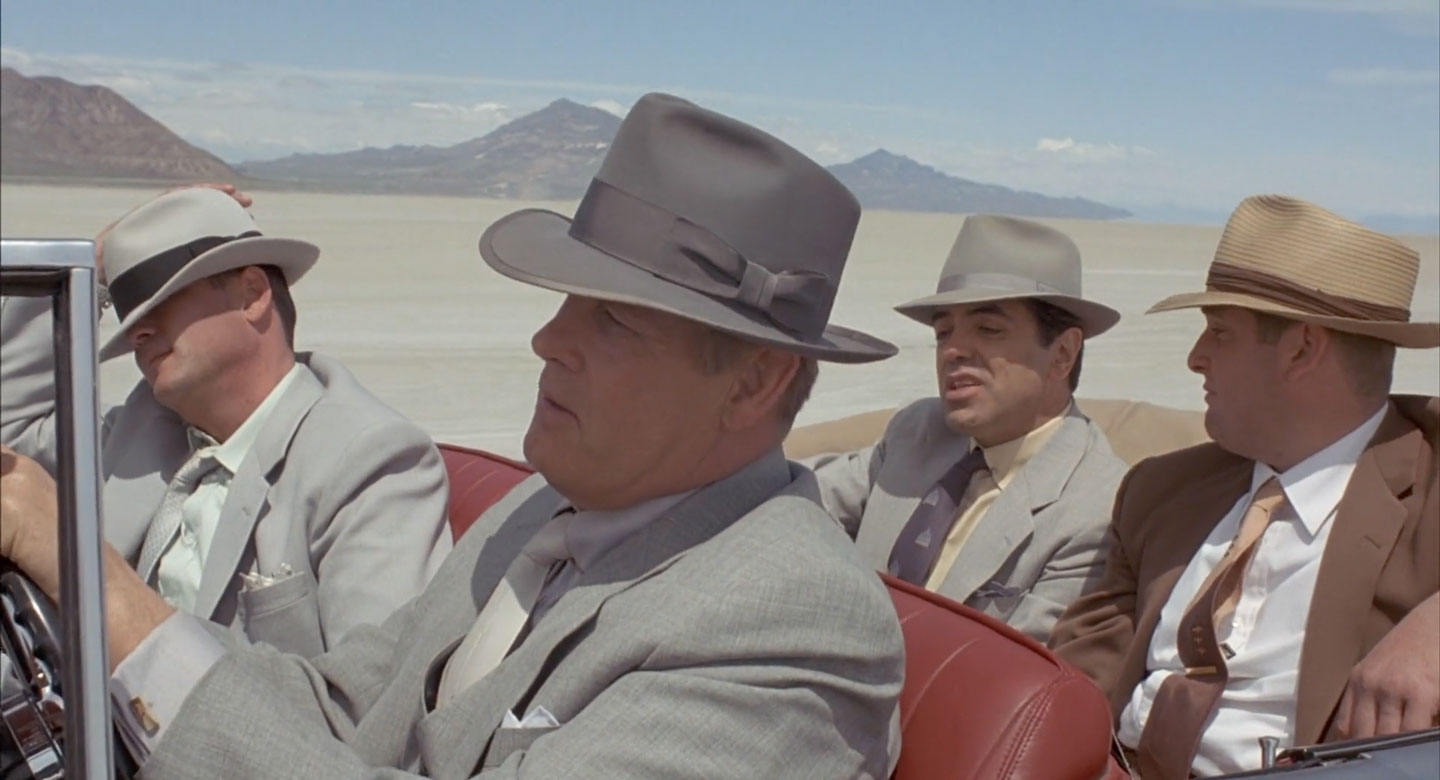 As a film noir Mulholland Falls nails the atmospheric setting of the 50s. Strangely though almost the entire movie takes place during day time. Inserting a few moody night scenes would have given the movie an even better atmosphere.

In terms of story I find the movie to be rather weak. The whole mystery element is never engaging and quickly guessed. The events of the hat squad as a group are the most interesting parts of the movie. But the movie puts the focus on Nolte’s character, reducing Penn and Madsen’s parts almost to extended cameos. Since Nolte’s character knew the victim this could have had an impact on the group dynamic. But it only has an impact on his marital life. 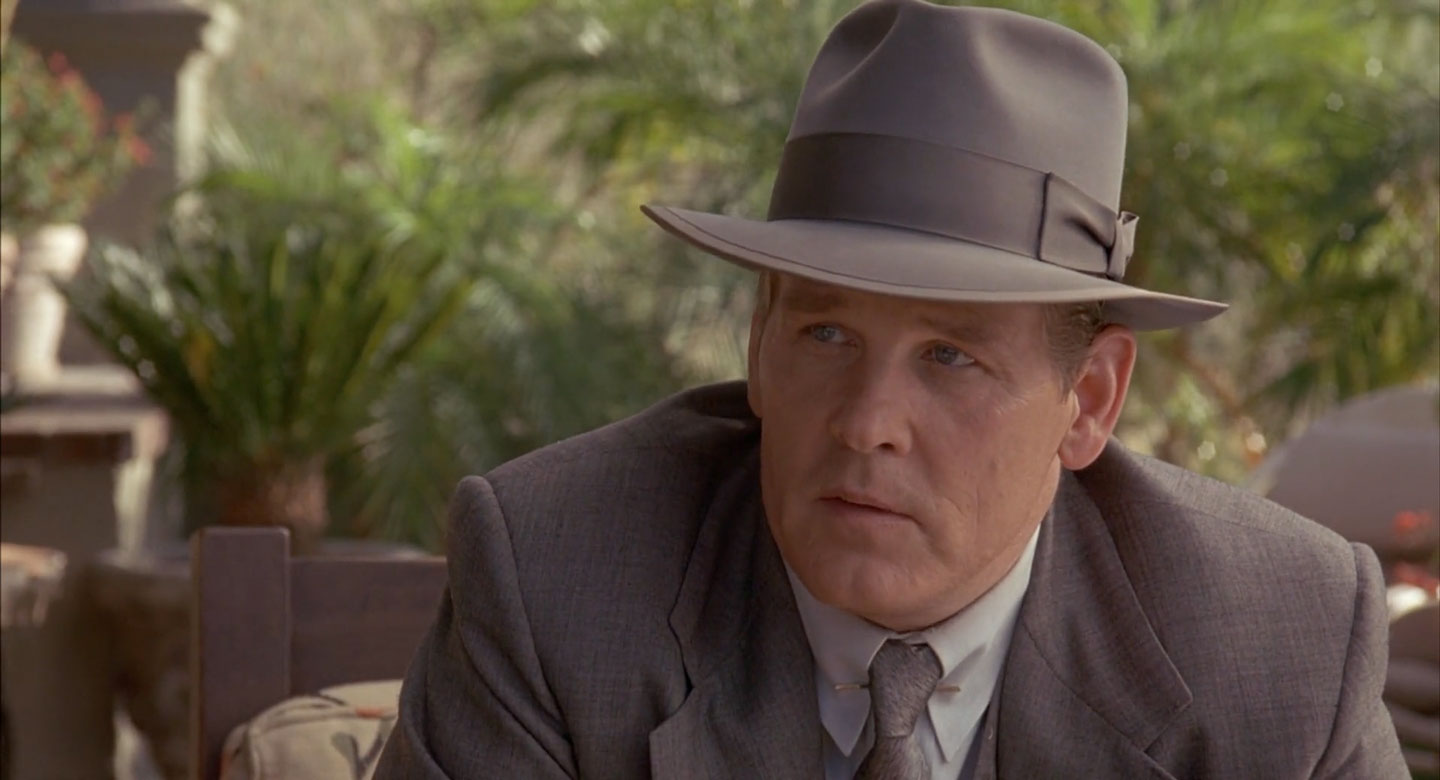 The reason I came across Mulholland Falls is because I was browsing Jennifer Connelly’s IMDB page. In the 90s Connelly was one of the hottest and most well endowed actresses in Hollywood. Appearing in period pieces and neo noires like The Rocketeer and The Hot Spot. If there’s one woman who has the looks of a 1950’s playmate it’s her.

Her casting is therefor spot on. In Mulholland Falls she’s only seen in flashbacks. If you admire her for her looks this movie delivers almost as much as The Hot Spot. She is naked more than she’s dressed in the movie, starting with the opening credits. Even when she is not naked her outfit accentuates her features. She dominates all the scenes she’s in and is one of those strong classic women often seen in film noires. 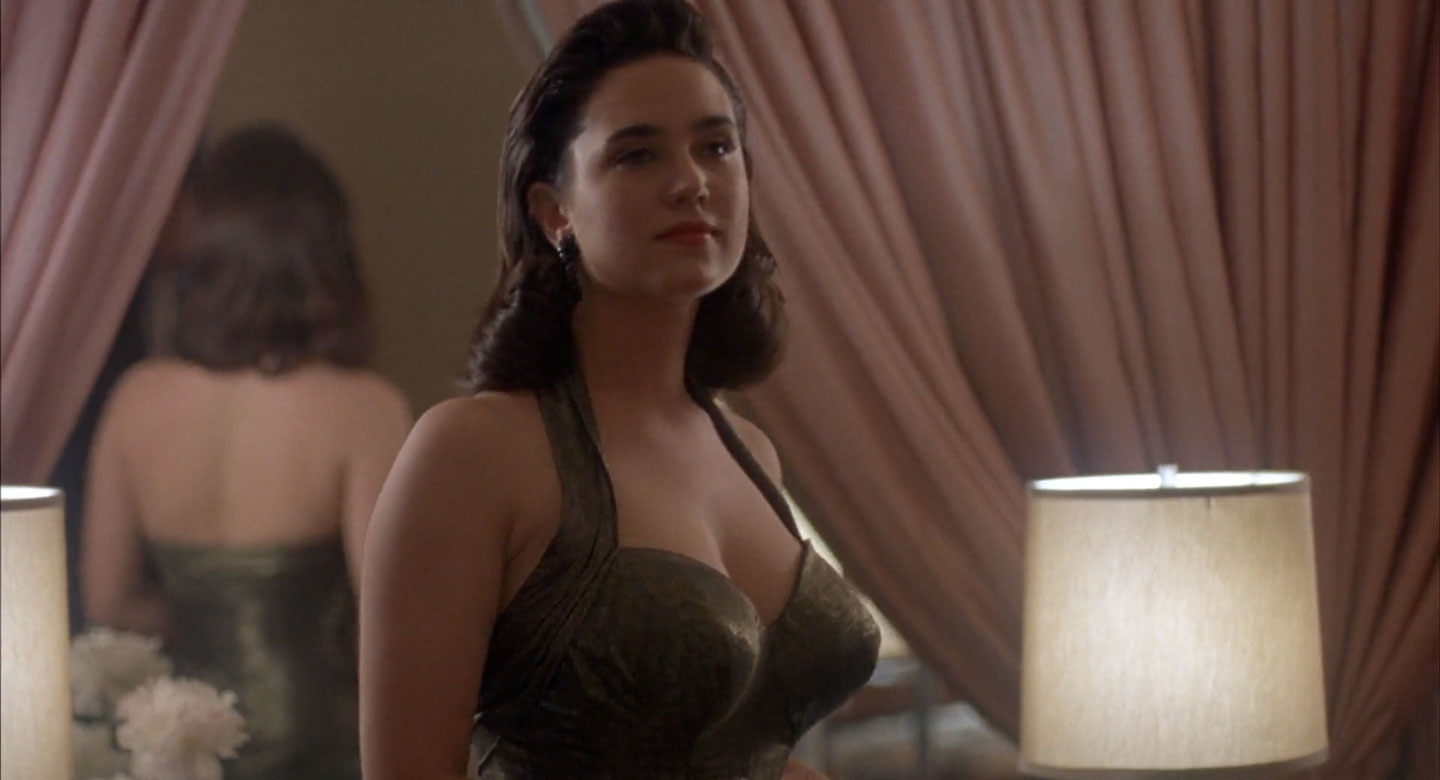 Mulholland Falls is decent enough to watch once. The movie has a tight script and a genuinely thrilling climax on a plane with an open door. The cast is also full of familiar faces which gives the movie something extra. Nevertheless Mulholland Falls is far from a classic movie and failed to impress me. It’s a 3 star movie, with and extra half star thrown in for Connelly.