I have a fond connection to this movie, just because of the title. Some people have a song of their name, I have this movie. And when I found out about this movie I was heavily into slasher movies. A movie with my name for a title and it’s a slasher? Double awesome! Just the tagline alone gave me goosebumps: Remember, Jason and Freddy were kids once, too. Triple awesome! But you can’t judge a book by its cover and a movie by its title, so let’s delve a little deeper into the 1992 slasher movie: Mikey.

The best way to describe Mikey is “The Stepfather, but with a kid”. Now I’m well aware that both this movie and The Stepfather are obscure films that not many people have seen. The Stepfather is about a man who marries a single mom to have the perfect family life. But when the family isn’t able to live up to his fantasy he starts premeditating their murders and a new life. Often already targeting the next single mom. It’s a repeating cycle. 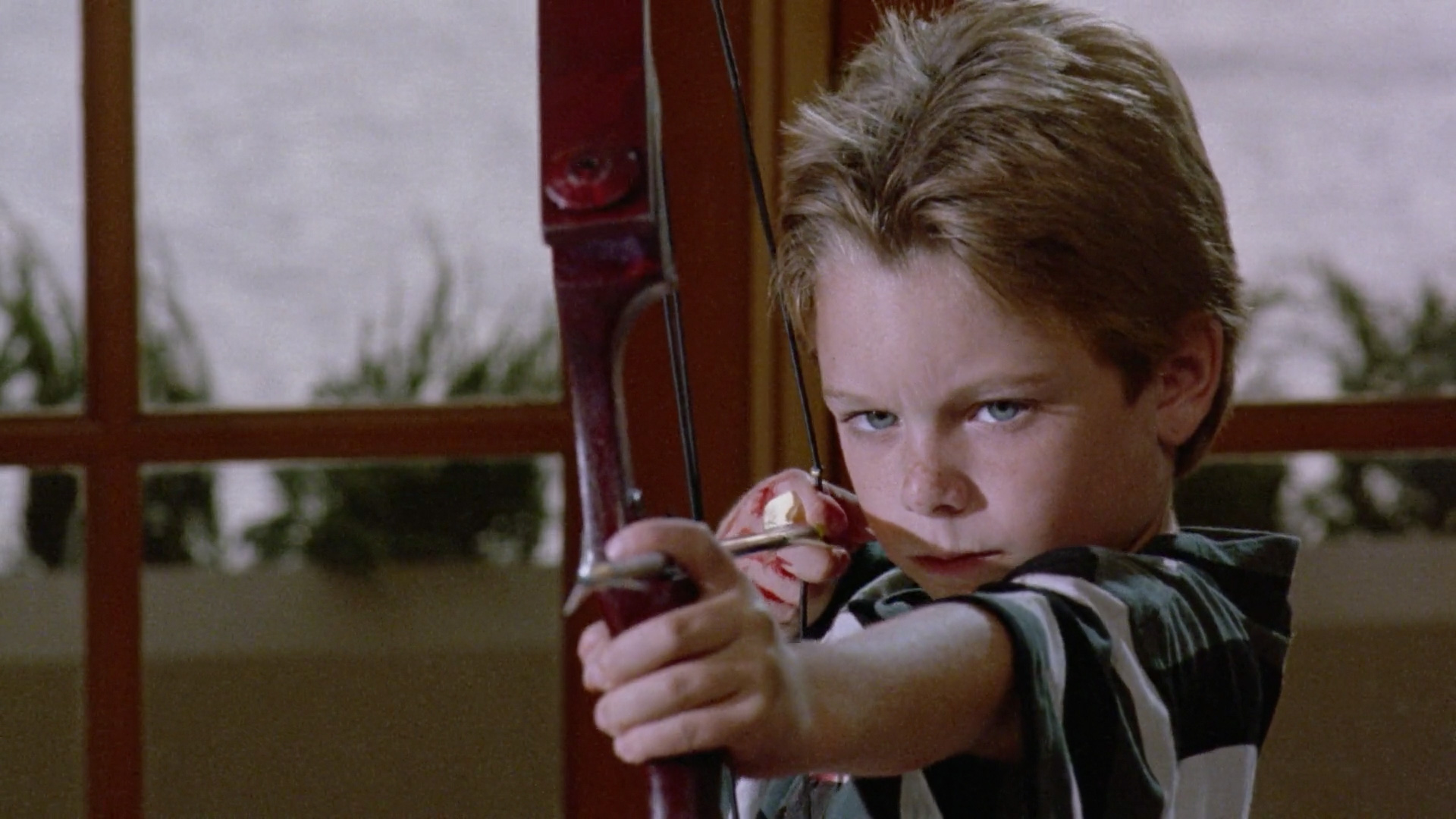 Replace the father character with that of a kid and you’ve got Mikey. The movie opens up with Mikey getting in trouble for playing with fire. His foster-mom scolds him which he does not take lightly. At the end of the opening scene his foster-mom has been electrocuted in the bathtub, his sister drowned in the pool and his foster-dad had his head smashed in with a baseball bat. Mikey plays the victim and blames it on an intruder. Fooling everyone he’s sent into the foster care system again ending up with another unsuspecting family.

The movie plays out fairly standard from that point on. At first people seem oblivious to Mikey’s ghoulish quirks, like violent drawings he makes or pranks he plays on people. Only his teacher suspects there could be more to this boy than meets the eye. In the meantime 9-year-old Mikey develops a crush on the teen sister of his best friend/classmate. But since she’s got a boyfriend, Mikey has to get creative to get him out of the picture. Mayhem ensues. 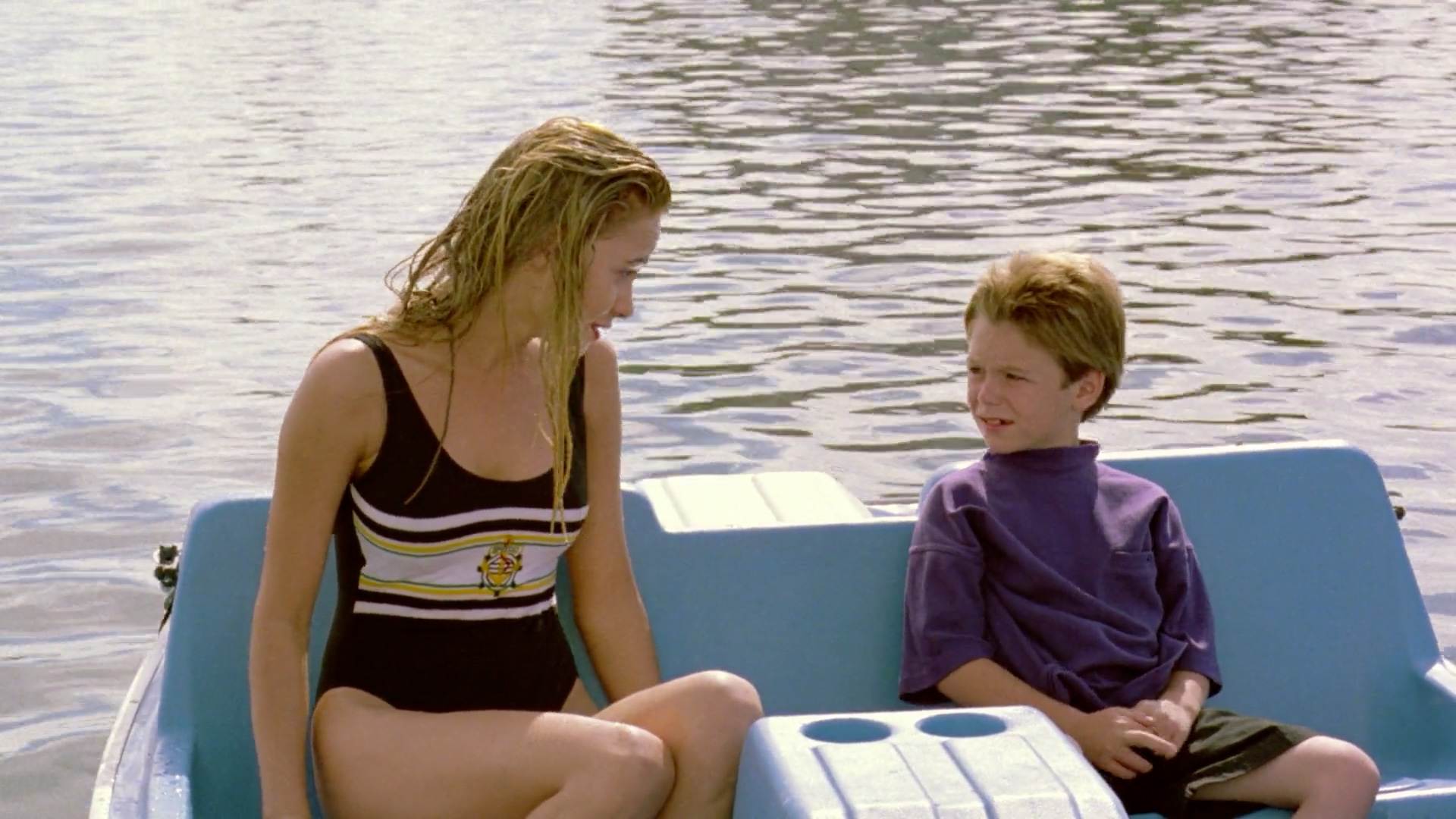 The cast of Mikey consists of a couple of familiar faces. Ashley Laurence (Hellraiser) plays the Mikey’s teacher and Whit Hertford (Jurassic Park, A Nightmare on Elm Street: The Dream Child) plays Mikey’s best friend. But the most memorable casting is that of Brian Bonsall as the title character. At the time hew was only known as the cute kid from the sitcom Family Ties. Him playing a sadistic murderous kid is of course the opposite of that and a bit of stunt casting. Much like Elizabeth Berkley in Showgirls and Family Ties co-star Michael Gross in Tremors.

But other than the stunt casting, Mikey doesn’t have much else to go on. It’s a serviceable slasher that is a fun watch, but could have been way better. It’s no Child’s Play or A Nightmare on Elm Street. 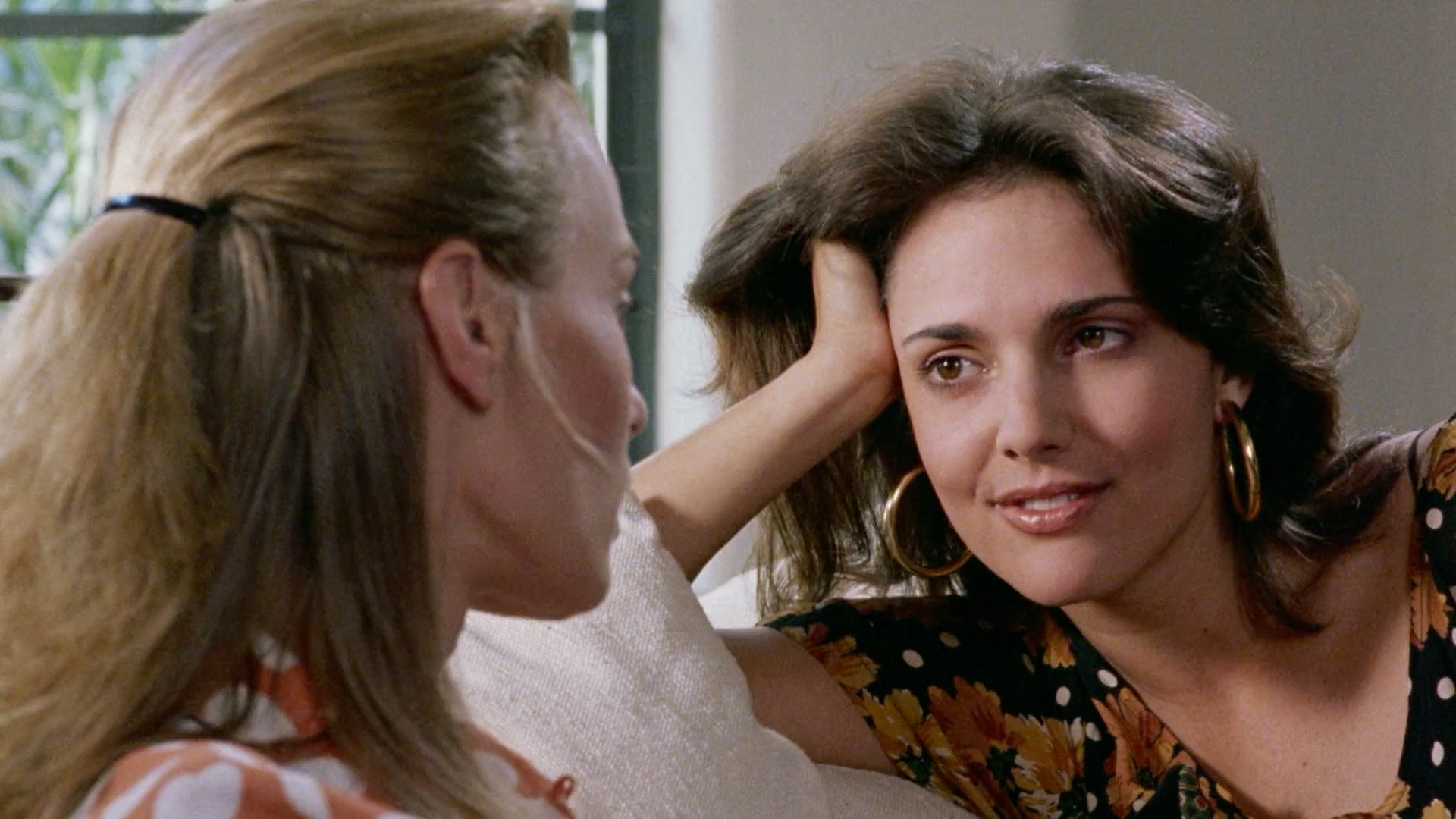 Mikey is not the masterpiece it could have been. It copies The Stepfather too much, but fails to copy what made The Stepfather a classic in my book. Terry O’Quinn did a phenomenal job with the character. Brian Bonsall is just the cute kid from Family Ties. He doesn’t have the range to completely sell the character and his line delivery is often stale.

While it’s fun to have the same name as a movie, I wish this was a classic and not a mediocre movie. I think I deserve better. Then again, this was a slasher movie released in the early 90s when most of the slasher movies released back then were shit. Compared to those movies, Mikey is not that bad. But if I’m completely honest: I’d rather watch The Stepfather again.