Midnight in the Switchgrass is the latest movie featuring Bruce Willis front and center on the poster. An actor who has been turning out one movie after another these past few years. Sadly none of them are any good. Though, that is what I’m told by reviews and IMDB ratings, because I haven’t seen any of them. Except for Eli Roth’s Death Wish remake and Glass, which I both found to be entertaining.

After Sin City 2, Willis found himself all of a sudden neck deep in the world of DTV movies. With the exception of the aforementioned two movies. After watching a trailer for Midnight in the Switchgrass I did decide to throw myself into the DTV world of Bruce Willis.

I do want to make it clear that I didn’t watch it just because of Willis. Quite the opposite actually. His involvement in this movie was what made me have my doubts about watching it in the first place. I was afraid I would be wasting 90 minutes of my precious time. And that’s coming form someone who has seen Steven Seagal’s complete body of work.

And the fact that Megan Fox is his co-star doesn’t really help to increase my expectations. When was the last time she was in anything good?

With my expectations set that low I have to admit it wasn’t as bad as I thought it might be. But this is a movie that is going to garner a lot of one star reviews with other critics.

Midnight in the Switchgrass is loosely based on the notorious Truck Stop Killer case. A serial killer who would pick up hitchhikers and sex-workers just so he could torture and murder them. This is the first cue this movies takes from the far superior The Silence Of The Lambs. Like that movie, Midnight in the Switchgrass also uses multiple storylines that will come together in the final act.

There are three separate storylines: that of the truck driver/killer (Lukas Haas) and his latest victim (Caitlin Carmichael), the investigation by a Florida State officer (Emile Hirsch) and that of two F.B.I. agents (Megan Fox and Bruce Willis) who are trying to bust a sex-trafficking ring.

Due to the actions of the killer the sting operation by Willis and Fox goes wrong. Meanwhile Hirsch is investigating a missing person’s report and start tying the death of multiple women together. When their paths cross, Hirsch and Fox team up to try and catch the killer. 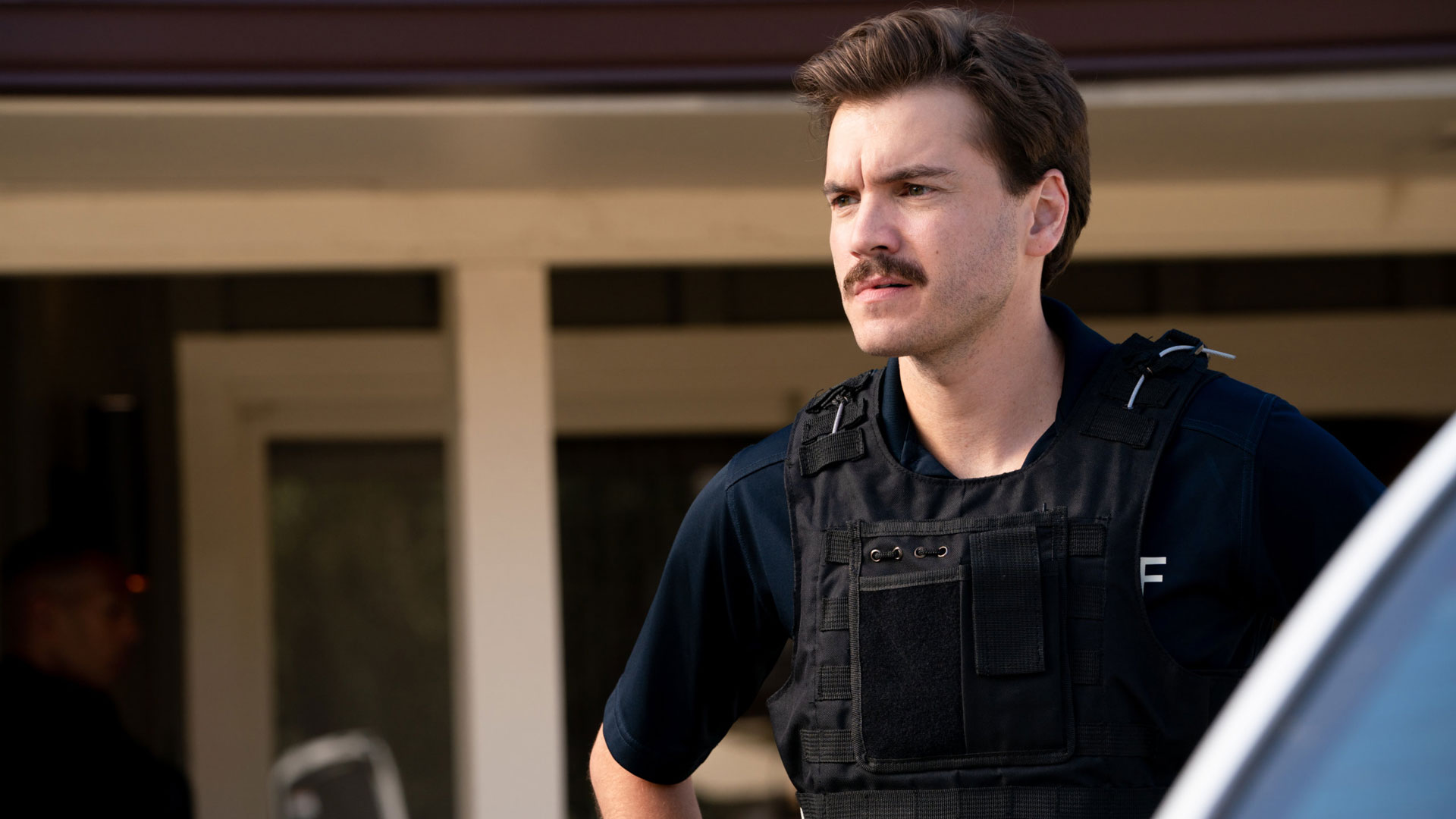 Let’s be positive and start off with the good:

Two out of the three storylines are decent and interesting. The third is pretty mediocre.

Emile Hirsch is the Clarice Starling of the movie. His storyline has the most heart as he informs a mother of her daughter’s untimely and violent death. He does some good old-fashioned detective work trying to figure out the identity of the trucker culminating in a finale reminiscent of, you guessed it, The Silence of the Lambs. He makes the classic mistake of going after a lead on his own without backup. Just like the inexperienced Clarice did.

Lukas Haas plays the Truck Stop Killer. He is a deeply religious and dedicated family man who shares a strong bond with his daughter, but also has a hidden life. One in which he abducts, tortures and murders young women. Haas plays his character without much flair. A good choice in my opinion. The restraint shown makes him more menacing when he does burst out into anger and violence. This is most notable during the final act. The scene in which he enters a neighbor’s house while an escaped victim is hiding there is one of the rare moments this movie displays some good filmmaking.

Which brings me to the bad. 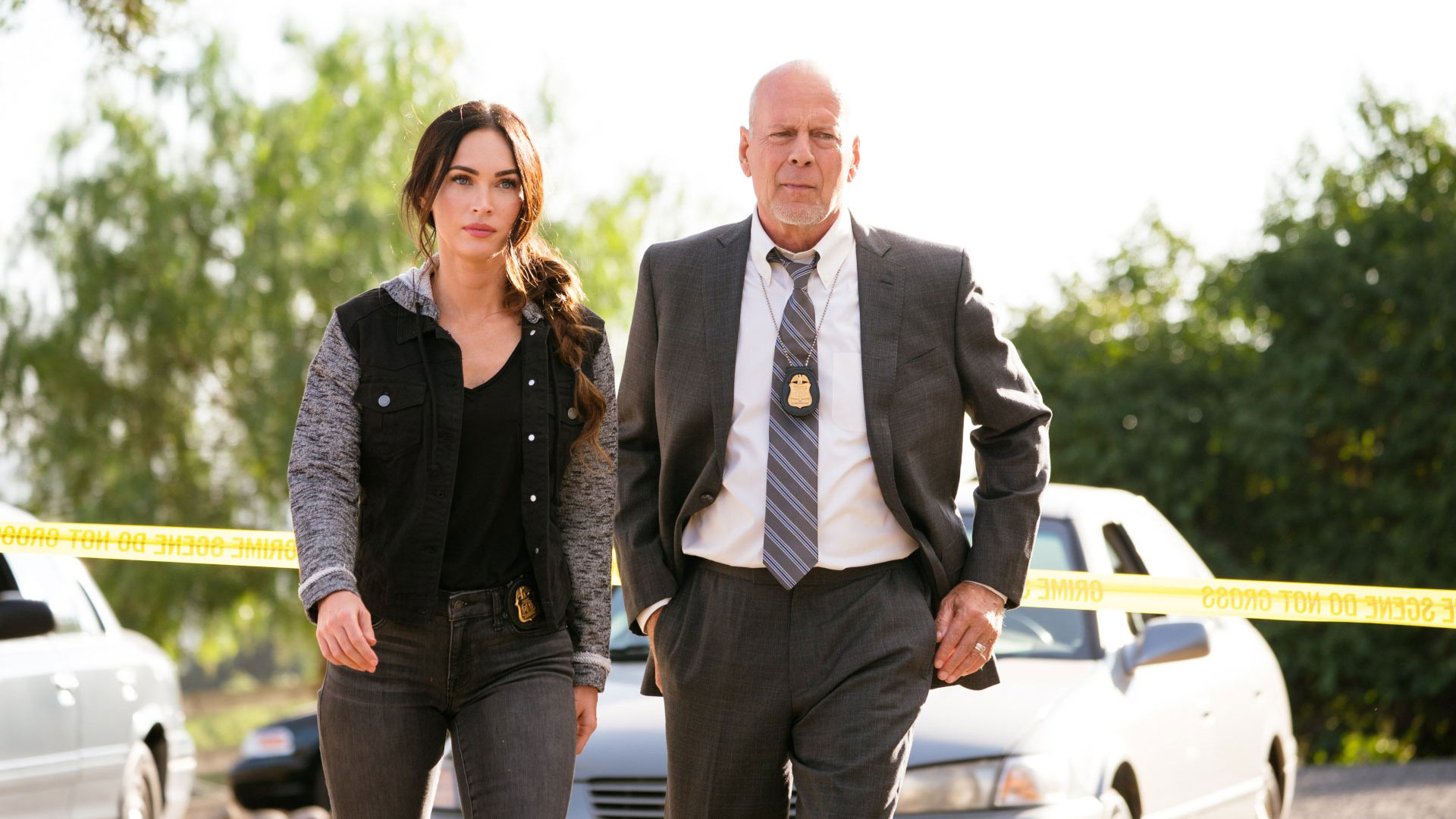 Midnight in the Switchgrass suffers from rather weak storytelling, editing and acting. The movie is full of cliches and several moments in the movie will have you yell at the screen pointing out the stupidity on display. Aside from an opening scene in which we see multiple detectives from different agencies at a crime scene, it seems like Emile Hirsch is the only one put on the case. He goes everywhere without a partner and ends up alone against the killer in the finale.

There is an undercover sting at a bar by him and Megan Fox which of course goes badly leading to her being kidnapped. This scene was so poorly written and merely displays how bad these two actually are at their job. Every episode of To Catch A Predator ended up with a dozen police officers surrounding a guy leaving the house. Yet here we are, just the two of them in an uncontrolled environment trying to catch a predator. TV-Host Chris Hansen is better at sting operations than these two.

Then there is the lousy storyline of Willis and Fox in the first act.

Willis mostly sits in a car while Fox goes undercover as a prostitute. While this might sound exciting, the most entertaining part was a badly cut scene in which she beats up a pimp played by Colson Baker. It’s well known that in recent years Willis only makes cameos in movies that have him front and center on the poster. That is pretty much also the case here as Willis disappears halfway through the movie, having done only a handful of scenes in the first and second act. It is a glorified cameo at best.

And the scenes he does act in, he basically just reads his lines. He’s only here for the paycheck and doesn’t even try to hide it. It is as if he’s trying to beat Steven Seagal at his game of not giving a shit.

Midnight in the Switchgrass could have been this surprisingly good movie that came out of nowhere, but in the end is just another entry on the filmographies of all involved and nothing more. A movie nobody will remember a week from now.

Midnight in the Switchgrass