Maximum Risk was released at a turning point in the careers of the action stars: 1996. It was the this time that the public would grow tired of muscular men running around saving the world on their own. Schwarzenegger came out with Eraser, Seagal with The Glimmer Man, Stallone with Daylight and Van Damme with The Quest and Maximum Risk. None of of these movies is considered a box-office success or a good entry when discussing their respective careers and filmographies. In fact you could say that all of these movies point out the moment that their once so great careers went off the deep end only to resurface slightly years later. Stallone found his way back with Rocky Balboa and Van Damme found redemption in JCVD. But let’s take a closer look at the moment Van Damme started losing his grip on the box-office.

Van Damme (who is starting to look weary, must be the all the coke) stars as French detective Alain who’s one day called in to a crime scene where he gets the surprise of his life. One of the bodies at the crime scene resembles Alain so much they could be twins. Well it turns out they are, but he didn’t even know he had a twin because apparently they were separated 3 months after birth. Investigation quickly points out that the his brother, who went by the name Mikhail, was sold to a Russian family because mommy dearest needed the money. To find out why his brother as killed Alain only sees one option: travel back to America under his brother’s name, pretend he’s him and see what happens…

Brilliant plan, if I do say so myself. Pure Genius.

In America it doesn’t take long for Alain to get himself into fights and everywhere he goes people seem to be looking for him. He even meets up with his brother’s girl Alex (Natasha Henstridge) who mistakes him for his brother like everyone else does, which is strange considering one of them grew up around Russian mobsters in America while the other grew up in France… yet nobody ever notices how “Mikhail” suddenly has a thick French accent. Then again, why do all the French people talk in English to each other in this movie? This would have been a great moment to showcase Van Damme’s acting skills by having him speak in his native tongue. It would take at least 12 years for the world to see he can actually act in the French spoken JCVD, a missed opportunity to say the least. 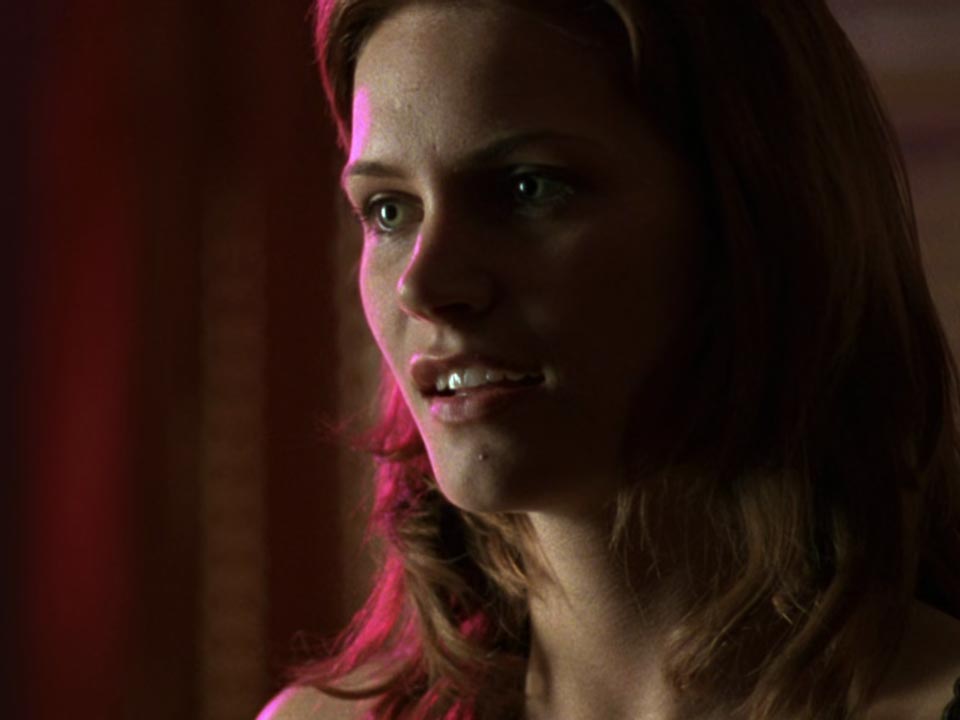 In America the MacGuffin enters the stage. At first it’s Mikhail himself, but then it turns out Mikhail left something multiple parties are looking after which is why they are all searching for him. I won’t spoil much by saying that there are some twists and turns here and there; good guys turn out to be bad guys and bad guys turn out to be not so bad guys. Maximum Risk is basically a chase movie (it even starts with one) taking the occasional moment for some fighting moments or some minor plot development. The makers threw in Natasha Henstridge for the almost obligatory nudity. Obligatory since Van Damme himself once again drops the majority of his clothing for a fight in a sauna… a sauna with an accordion player no less! So when the girls get an almost naked Van Damme, it’s no surprise the men get some boobies. Too bad these two never have any chemistry, it would have helped their sex scene a lot.

Maximum Risk was the first collaboration between Van Damme and Chinese director Ringo Lam. After bringing John Woo to America with Hard Target Van Damme once more brings a director from overseas to the States for his Hollywood debut. Lam would direct Van Damme again in the direct-to-DVD movies “Replicant” and “In Hell”.

Maximum Risk is decent entry in the Van Damme filmography, but it’s quite forgettable as well and isn’t as pleasing as his earlier work. It has some good fight scenes but the story never comes off the ground entirely. The acting of Van Damme is actually improving which helps this movie and creates a strangely moving scene between Van Damme and a cabby dying in his arms. For a minute there, he’s actually nailing it.

I liked Maximum risk, but after Sudden Death is was kind of a letdown. It lacked good villains and aside from the mystery-element surrounding Mikhail there’s nothing new, or actually exciting on display here. The actors and director play it safe by incorporating enough fight and action scenes, but when you look past that you see a B-movie with just some extra polish added.