In my never-ending (or so it feels) quest of watching movies that are ripping off Die Hard I have become weak. I came to this conclusion after watching Masterminds. The movie is clearly a carbon copy of Die Hard mixed up with elements of Toy Soldiers and at the time of its release it was universally panned. And it’s not hard to see why.
But having watched shitty, shitty movies the last few weeks like Blast, Point Blank, The Last Siege, No Contest and more I must confess I liked this movie more than I should have. Working in the movie’s defense is that it apparently knows that it has not got an ounce of originality in it. At some cases it feels like a spoof of Die Hard; a version with the adults removed and replaced with kids, like in the Badder video in Michael Jacksons Moonwalker. 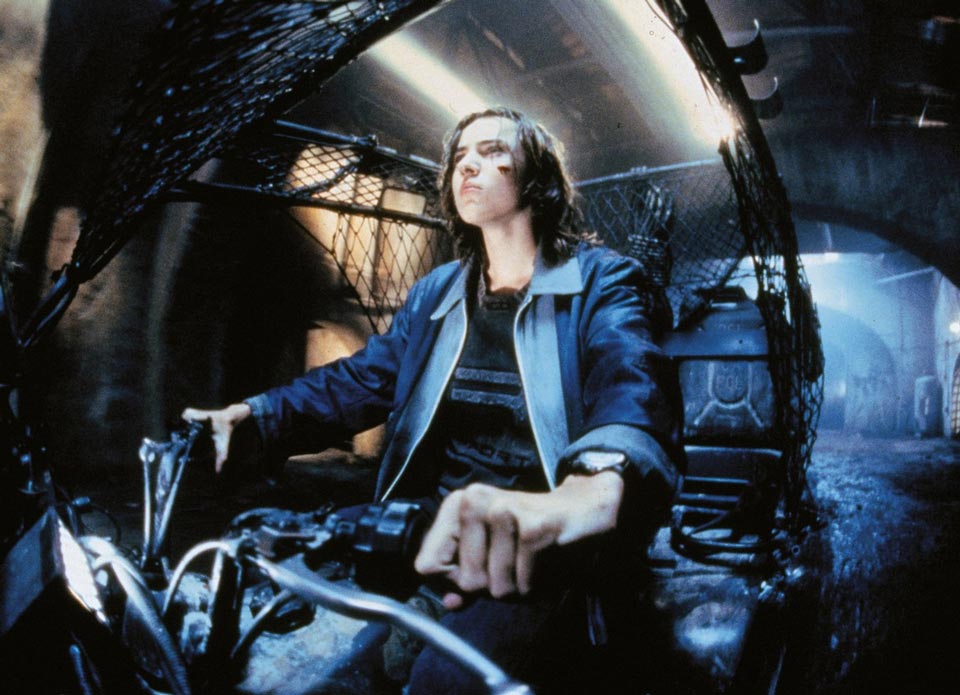 As soon as the hostage takers have taken over the school the one kid who was looked over uses his Walkie Talkie to let a friend know that there is a Die Hard situation going on. The nods don’t stop here. Of course there are chases through air ventilation shafts including a scene in which one of the bad guys sticks a bayonet through this vent while the hero is in it. The hero in this case is a young boy. One of the rebellious kind and similar in character to Sean Astin in Toy Soldiers. He was expelled from this school and only is there because he was ordered to drop his stepsister off at class. In the opening scene he is introduced to us as a hacker. A Hollywood style hacker that is. Anyone who has ever seen The Net or Hackers knows what I’m talking about. Hacking in real life is just some guy behind a computer dealing with codes, passwords etc. In movies like this hacking is always done in graphical interfaces. In this case our hero is scrolling through the hallways of castle (like Wolfenstein) with skeletons popping up and constant messages about how he will be federally prosecuted if he doesn’t disconnect. When he reaches the end of the hallway the other side stop tracking his location and he can download a new game without any hassle. Stupid, stupid, stupid.

Luckily this was just the opening and only there so it shows us that we’re dealing with one smart kid. Now maybe it was this scene, the negative reception I was aware of on forehand and the fact I have seen so many shit the last few weeks I had no trouble watching the rest and actually enjoyed myself more than I should have. Somehow it was amusing to Die Hard with kids. These kids are luckily less annoying than the average kid in movies. They also are just used as leverage and don’t have much screen time other than in the background. Taking up the most screen time is Patrick Stewart. He plays the Alan Rickman role here, chewing scenery wherever he can. He is a good actor who can lift an entire movie up a notch and does so here. On the acting front he is alone as all of the other cast members fail to leave an impression. Even the star Vincent Kartheiser is quite bland.

Mastermind is Die Hard for kids, with kids. The bad guys use tranquilizer darts so no blood is shed in the school. The only live ammo that is used is on cops outside the school, and they get off A-Team style. It’s just a harmless little movie which brings nothing new. If you can live with that, you might actually enjoy this film.